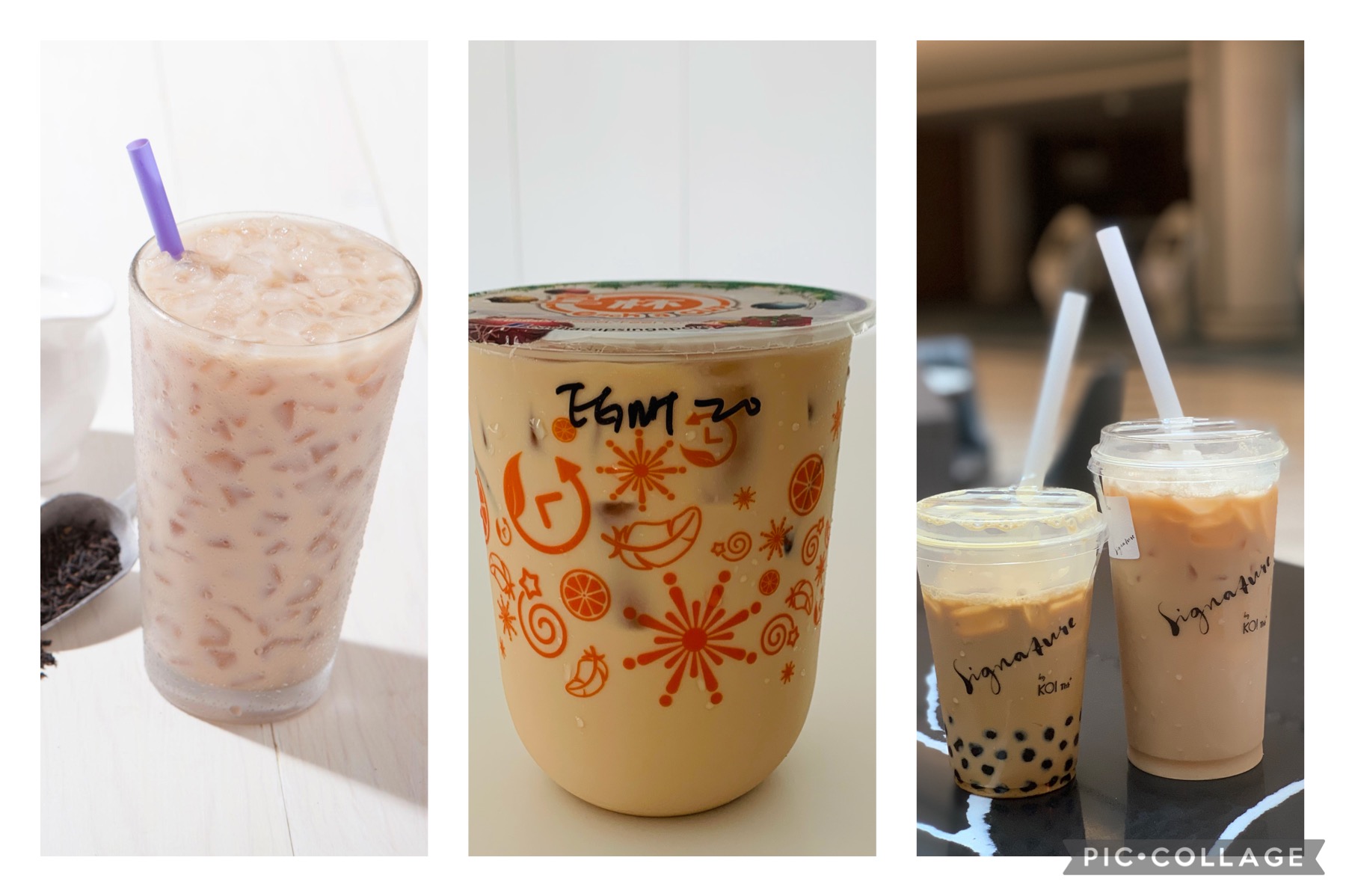 Do you know that the global bubble tea market size was USD 2.02 billion in 2019 and is projected to reach USD 3.93 billion by the end of 2027? Social media has played a major part in the increasing popularity of bubble tea from KOI, LiHO, Hey Tea, Happy Lemon, etc. In this post, we will focus on one flavoured tea - Earl Grey.
The Earl Grey Tea is a 200-year-old blend which is most widely defined as a black tea that has been flavoured with the oil of bergamot. So, what falls into the category of flavoured teas? It includes any type of tea - white, green, oolong, black - that has been scented or flavoured with fruits, flowers, spices, oils, extracts, and natural or artificial flavours. Like this centurion blend, its prime flavouring is bergamot, a type of citrus fruit similar to the Meyer Lemon. The flavour profile is described as very floral, with a distinct lemon-y citrus with a little bit of grapefruit.
There are numerous stories how the Earl Grey blend is originated. One history explains that a Chinese mandarin tea master blended the first Earl Grey Tea as a gift for Charles Grey, the second Earl of Grey, and Prime Minister of the United Kingdom from 1830 to 1834. According to the Grey family, the tea master used bergamot as a flavouring to offset the lime flavrou in the well water on Earl Grey's estate. The Earl Grey Tea is made from the most common black tea - Assam, Ceylon or Keemun - with a infusion of the oil from bergamot oranges. The blend's primary component is a fine black tea.
In this blog post, you will find the reviews of the blend from various tea cafes or outlets. 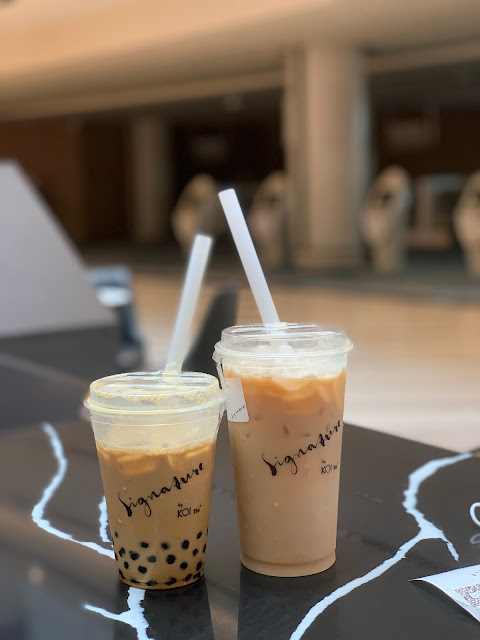 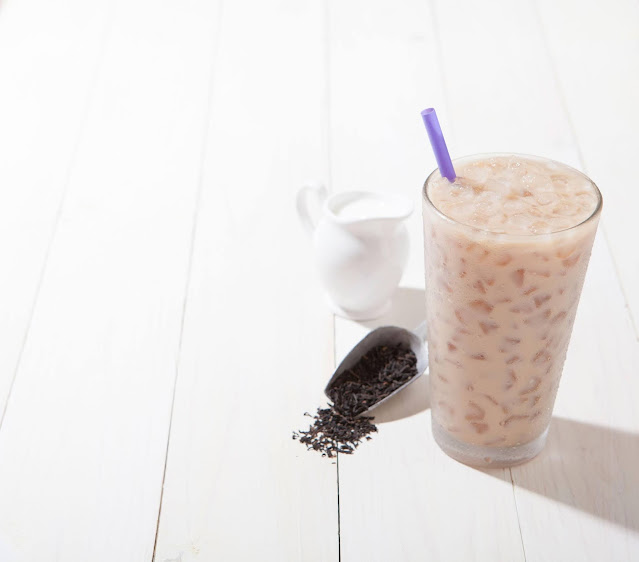 Source: Coffee Bean & Tea Leaf
Earl Grey Latte by Coffee Bean & Tea Leaf
The Earl Grey blend by Coffee Bean & Tea Leaf uses freshly pulled shots of concentrated tea leaves combined with its French Deluxe vanilla power over ice. The tea blend has a nice citrusy fragrance but it has a overly rich citrusy flavour with the full-bodied black tea. It makes the blend overpowering, too synthetic and less enjoyable. This tea blend does not allow customisation, hence the saccharine blend ruins the beverage too. This is the most expensive Earl Grey Tea at $8.60 I had so far. (Food rating: 1.5/5)
LIHO Earl Grey Milk Tea
At $3.60, you can get yourself a medium sized Earl Grey Tea. Similar to KOI Signature, the tea blend has a mild fruity citrusy flavour. The overall taste has lightness and freshness to it. The only setback is that your throat could feel the coarseness, like powdery, in the throat. Otherwise, the tea is still enjoyable and delightful. (Food rating: 3.5/5) 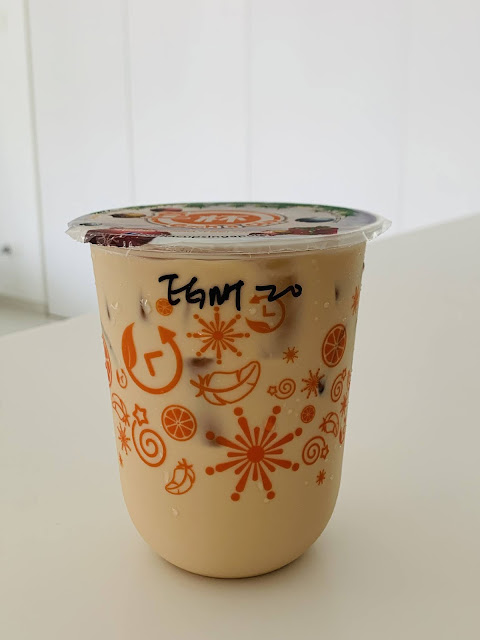 Each A Cup Earl Grey Milk Tea
At S$3.20, you could get a small cut of Earl Grey Milk Tea from another bubble tea outlet, Each A Cup. The cup of tea lacked the fragrant citrusy aroma of the Bergamot. The milk was light and smooth, soothing to the throat. To me, it tasted just like any ordinary tea. A little disappointing. (Food Rating: 2/5)
Verdict: Amongst the Earl Grey Tea Blend, my personal favourite is the Ice Cream Earl Grey Black Tea by KOI Signature. LiHO will be next. What about you?
$ Bubble Tea Coffee Bean & Tea Leaf Each A Cup Earl Grey Tea KOI Signature LiHO Milk Tea Singapore tea