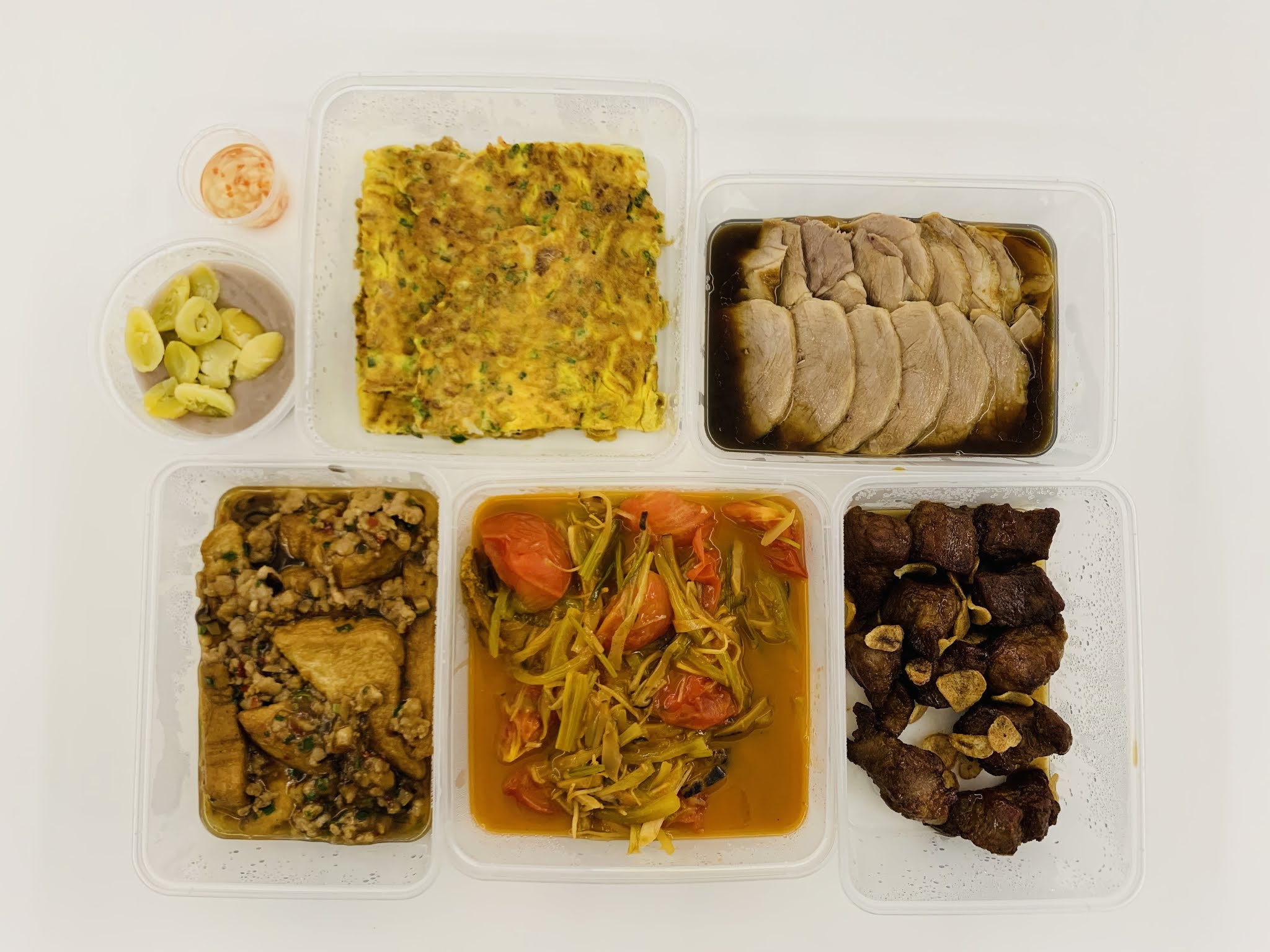 In my previous posts, I have introduced numerous Chinese cuisines from Shanghainese 本帮菜 to Cantonese to Fujian to Zhejiang to Xinjiang to Jing, and more.
Introducing today is the Teochew cuisine (潮州菜 / 潮汕菜).Originated from the Chaoshan region in the eastern part of China's Guangdong Province, Teochew cuisine not only bear similarities to that of Fujian cuisine but is also influenced by Cantonese cuisine in its style and technique. Teochew cuisine is well-known for its seafood and vegetarian dishes and it requires utmost skill and attention to detail.  Its use of flavouring is much less heavy-handed than most other Chinese cuisines (e.g Shanghainese) and depends much on the freshness and quality of the ingredients for taste and flavour. Teochew cuisine is noted for its variety of braised dishes, which includes geese, duck, pork, beancurd and offal. Notable dishes include Minced Pork Noodles or Bak Chor Mee; Bak Kut Teh; and braised varieties.
Imperial Treasure Fine Teochew Cuisine Restaurant at Ion Orchard was a all time two-year (2017-2019) one-Michelin star award recipient. This award-wining restaurant offers a spread of of fresh seafood, marinated meats, and enticed desserts to patrons. However, it is very challenging to make a reservation at one=Michelin starred Imperial Treasure Fine Teochew cuisine. Due to the pandemic, the restaurant offers food delivery via oddle, GrabFood, which finally allows me to have the opportunity to try its famous dishes. The prices differ if you purchase takeaway directly from the restaurant. 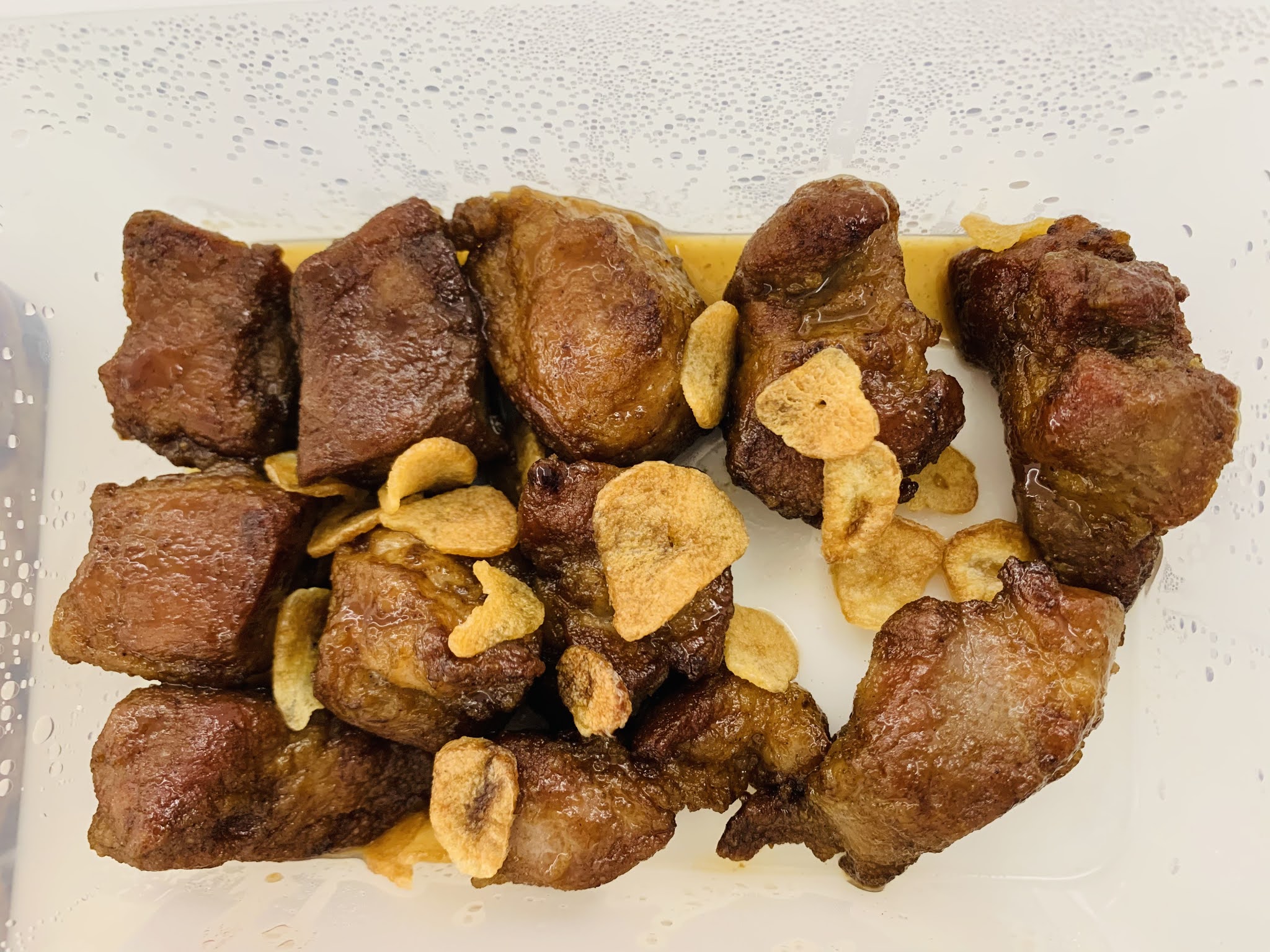 Sauteed Diced Iberico Pork with Sliced Garlic (香煎蒜片西班牙猪粒), priced at $40.66, tender and juicy. The fried garlic slices went extremely well with the pork cubes. You just pop the cubes into your mouth unconsciously until you realised that it is all gone. It costs $38 if we order directly from the restaurant. (Food rating: 4/5) 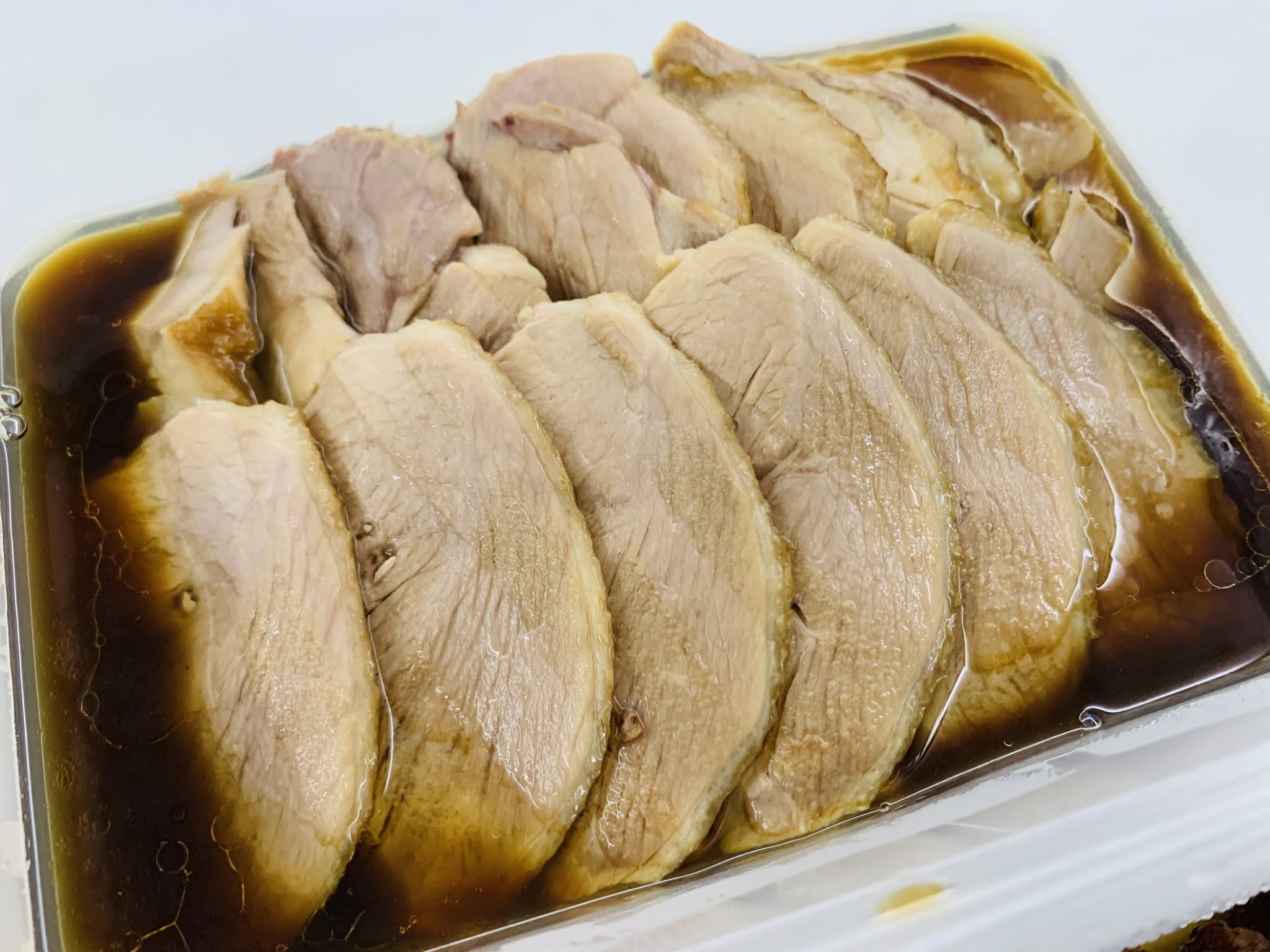 Braised food items are one of the notable Teochew dishes. The Marinated Duck Meat (卤水鸭肉), priced at $21.40, has a light and savoury taste. The meat was thinly sliced and tender. Beneath the stack of duck meat lies a string of silken tofu. The sauce tastes good with steamed white rice too. Interestingly, if we purchase directly from its restaurant, this dish is priced at $20. (Food rating: 4/5) 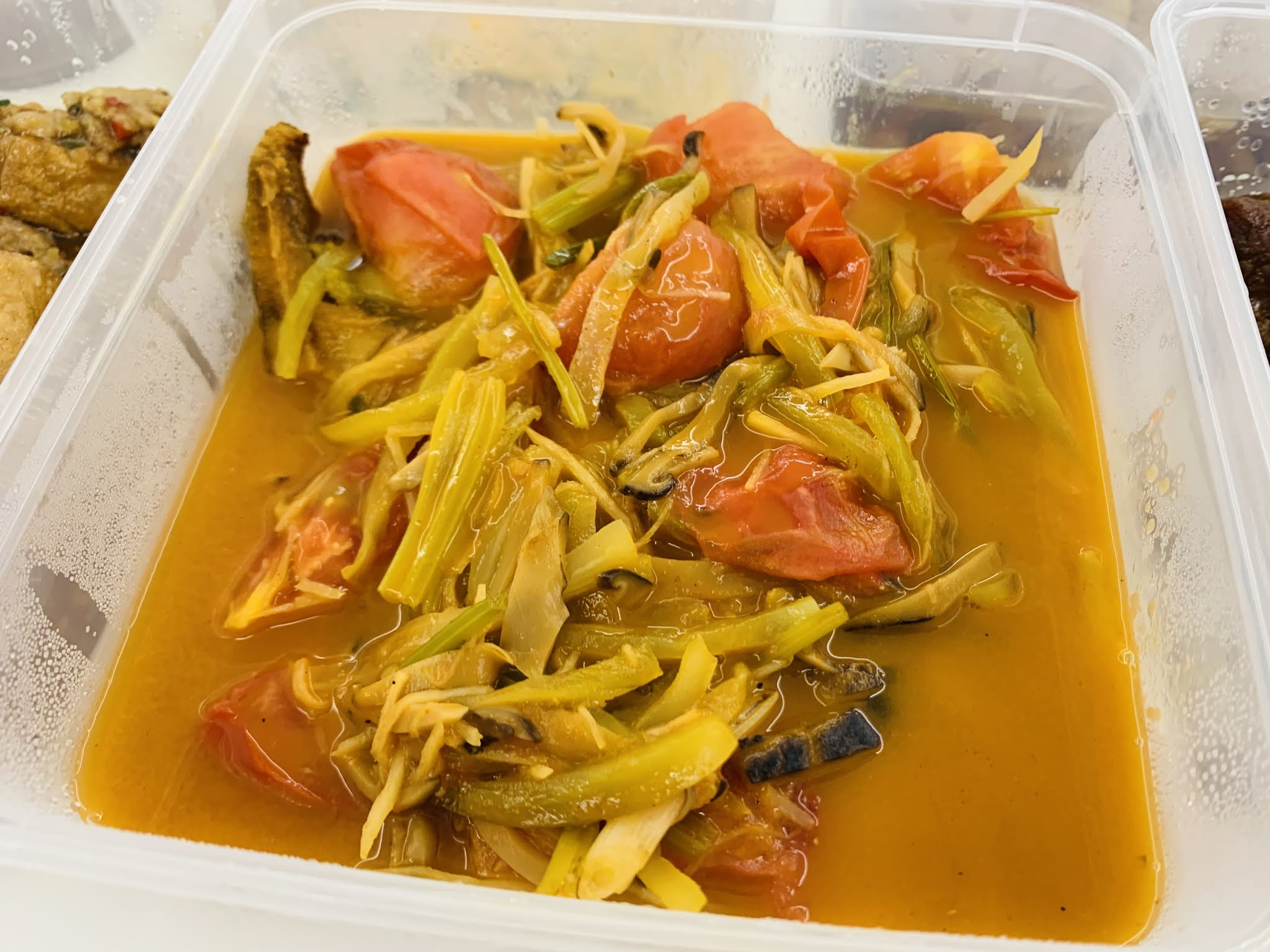 Stewed Pomfret Fish Fillet with Salted Vegetables and Tomatoes (咸菜番茄煮鲳鱼件) has a nice brackish sauce. Priced at $40.66, this dish comes with two pieces of Pomfret fillet with bones intact. The chef merely chop the whole fish into three pieces, serving only the tail and the middle section. The head was not served. The fish was freshly prepared, deep fried but it was soaked into the brackish sauce. This dish whetted my appetite. The restaurant charge is at $38. (Food rating: 4/5) 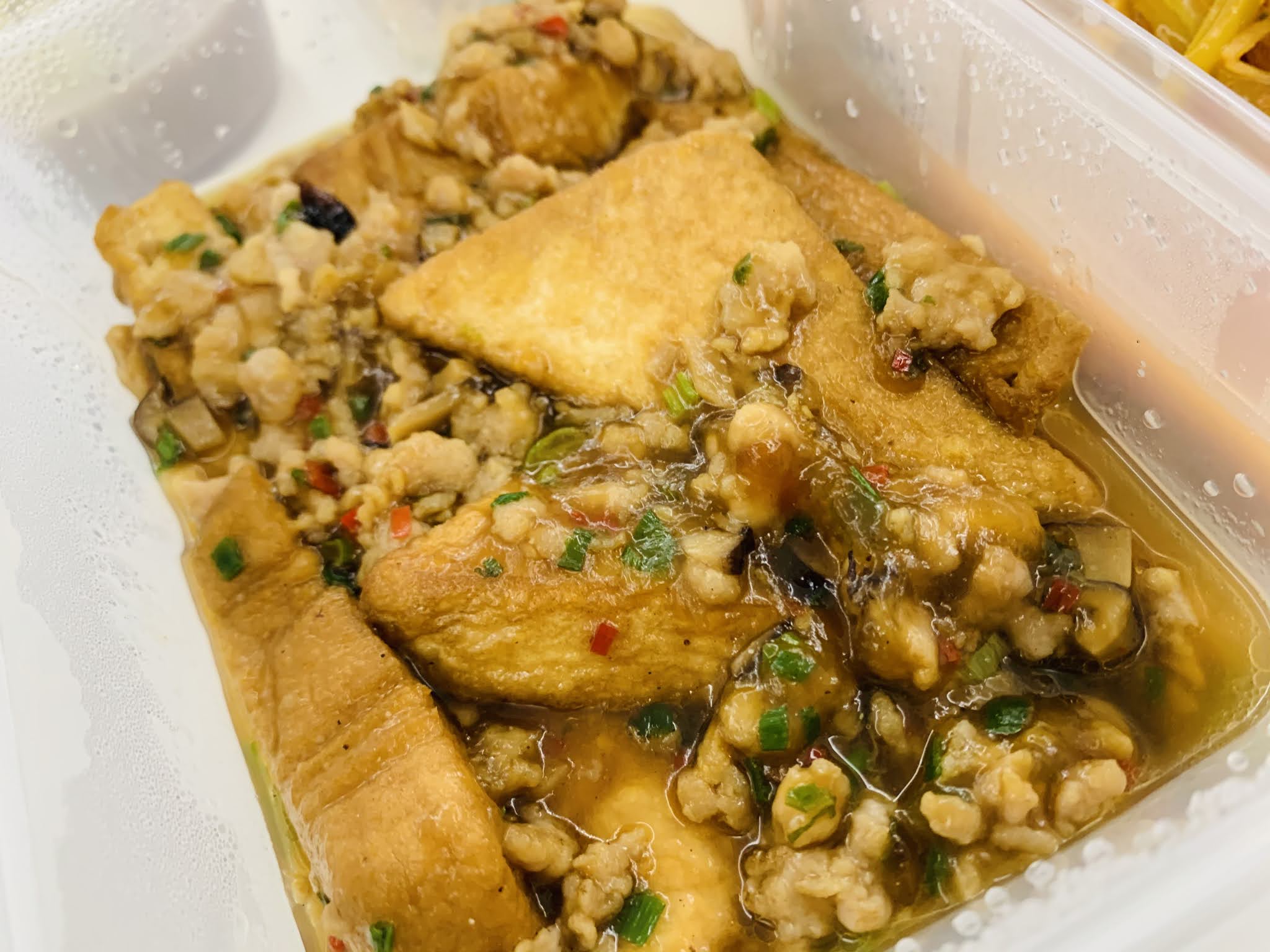 I was underwhelmed by the Braised Beancurd with Minced Park in Teochew Style (潮式红烧豆腐肉碎). The beancurd lacked the soy bean flavour and the sauce was mediocre. I don't recommend you ordering this dish. Compared to the restaurant price at $24, this dish costs $25.68 via GrabFood. (Food rating: 2/5) 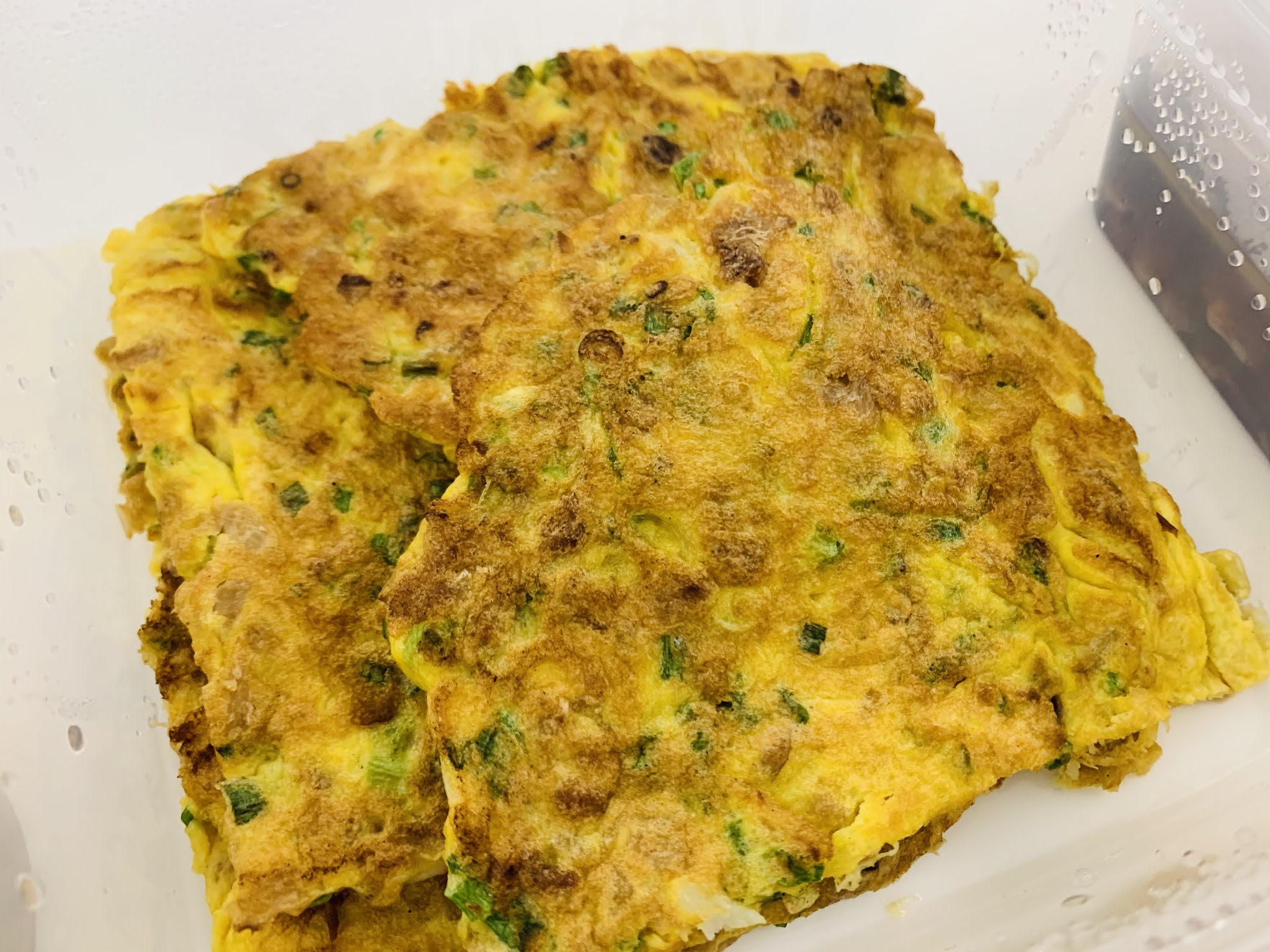 This is my personal favourite - the Pan-fried Omelette with Crab Meat and Preserved Radish (菜脯蟹肉煎蛋).  The omelette has a good balance of sweet crab meat chunks and salted preserved radish, with lots of spring onions. The egg mixture was fried in high heat, giving that good old nice wok aroma (锅气). The nice aroma kept me digging for more until it was all gone. The price of this dish is $34 (restaurant price) and $36.38 (GrabFood price). (Food rating: 4.5/5)
Reflections after trying this one-Michelin Starred Restaurant
The food is indeed delicious, however, it is a little overpriced to my liking. My first impression was that I am having a high-end economy rice (杂菜饭). The concept of economy rice originated from the Southeast Asian countries like Malaysia, Singapore, Indonesia, Thailand and Vietnam. These stalls typically consist of 10-15 troughs of cooked food, including meat, vegetables, eggs, and tofu dishes. Patrons select any combination of these dishes, which are served accompanied by a portion of steamed white rice. Regardless of my first impression, it is still a good selection of food and experience.
Address: Ion Orchard, 2 Orchard Turn, #03 - 05, Singapore 238801
Price: $$$ (My total damages is $160).
Rating: 4/5
Recommended dishes: Pan-fried Omelette with Crab Meat and Preserved Radish; Sauteed Diced Iberico Pork Cube with Garlic Slices; Stewed Pomfret Fish Fillet with Salted Vegetables and Tomatoes.
$$$ beancurd Chinese duck fish home delivery in Singapore home_delivery Iberico Pork Imperial Treasure Imperial Treasure Fine Teochew Cuisine Ion Orchard michelin MRT: Orchard omelette Teochew
Location: 2 Orchard Turn, 03, Singapore 238801