June 20, 2015
We were back to Jin De Lai Zhong Hua La Mian restaurant (金德来中华拉面) again despite our recent disappointment last month. We believed that the last visit was just a misadventure and this time, the food would be better. 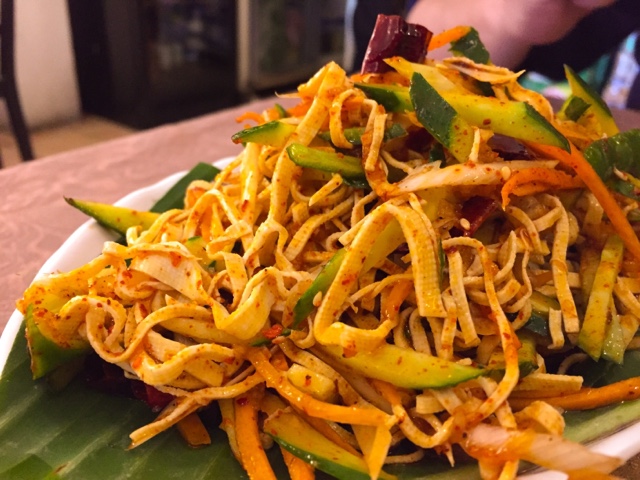 The Ma La Tofu Skin [麻辣豆腐皮], priced at SGD6.80, was a disappointment. The Ma La(麻辣) sauce is an oily, spicy and numbing Chinese sauce. Instead of the refreshing and spicy taste, the salad dressing was not spicy and refreshing. The texture of the beancurd skin was coarse and powdery. I was truly dissatisfied that I could not enjoy the kick of having the burning hot sauce that makes my body burn. (Food rating: 2.5/5) 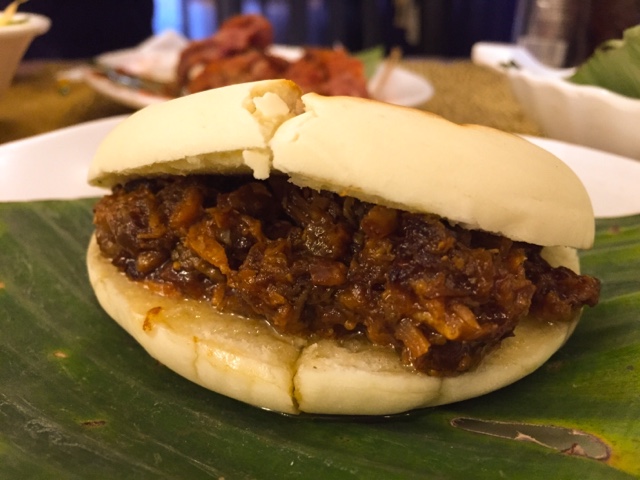 Xi-an Pork Burger or Rou-Jia-Mo [肉夹馍], originated from Shaanxi Province in China, was made of stewed pork sandwiched between flatbread. The Rou-Jia-Mo is considered the Chinese equivalent to the western burger. It was believed to be the world's oldest burget, since the flatbread is dated back to the Qing Dynasty (221-206 BC) and the meat to the Zhou Dynasty (1045-256 BC) and was invented first by a Han Chinese.

Though it looked delicious, the flatbread burger  at Jin De Lai was oily and salty at the same time. There was oil constantly leaking from the burger. The stewed pork was soft and tender but salty. The flatbread was hard and I suddenly reminded of the buns I watched in the pugilistic dramas. The amount of oil which leaked from the burger was almost two tablespoons full, which made me feel sick after eating half of the burger. I had to stop eating the burger. Each burger was SGD2.80. (Food rating: 2/5) 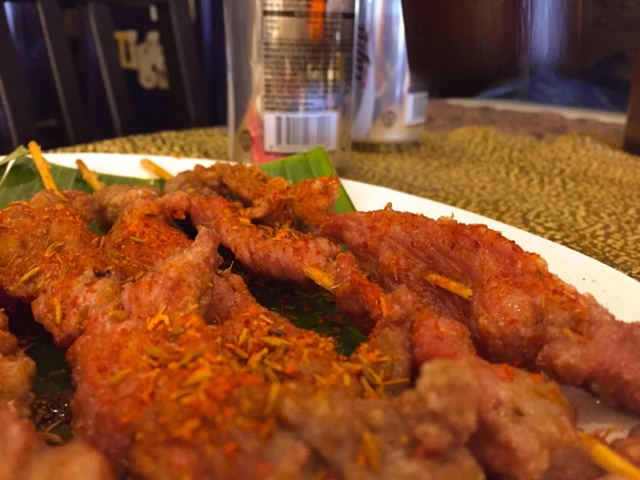 The Mutton Skewers [羊肉串], priced at SGD6.00, was the Chinese equivalent to our local Satay. The mutton was tender but the marinade was mild. I believe that the marinated mutton did not rest enough. Though the mutton was tender, I rather have the 6 mutton skewers grilled a little longer so that the fragrance could be brought out. I did not enough the skewers as before. (Food rating: 2.5/5) 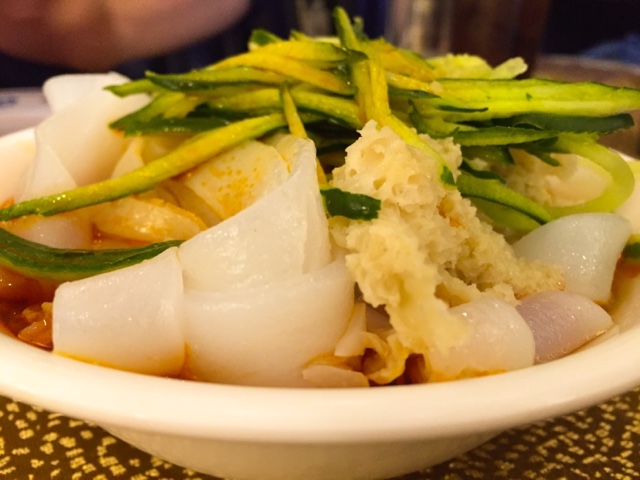 Xi'an Spicy Rice Noodles [凉皮] is supposed to be cold noodles. Served in small bowl like the size of a rice bowl, the flat rice noodles (SGD3.80) was cold and topped with cucumber strips, bean sprouts, and beancurd. The cold vinegary sauce with cold rice noodles, crunchy cucumber strips is supposedly suitable to eat during a hot day as it will cool one down. However, the noodles disappointed us as it was not cold, spicy and refreshing. (Food rating: 2.5/5) 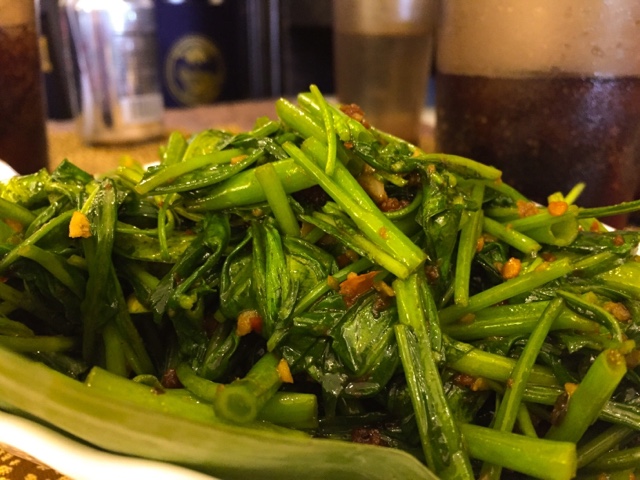 Sambal Kang Kong [三峇通菜], priced at SGD8.80, was quite expensive to my taste. Even though the stir fried vegetables tasted nice, the sambal (chilli paste) lacked spiciness and rich aroma. The vegetables were cooked perfectly and they were still crunchy when served. (Food rating: 2.5/5) 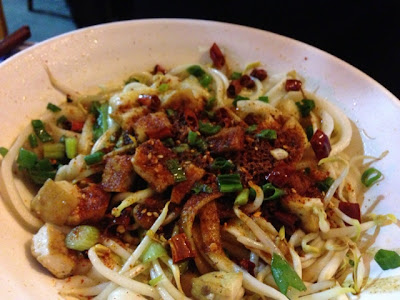 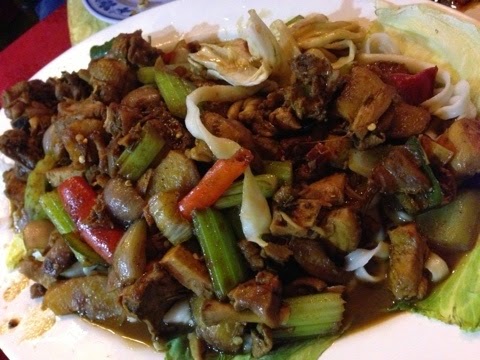 Big Plate Chicken [大盘鸡] is one of our favourites whenever we dined at Jin De Lai. We ordered a small bowl of big plate chicken. The noodles, when served, was thin and limp. The sauce was different and did not taste as good as the times we dined at the restaurant. (Food rating: 2/5)

Our dining experience cost us SGD55.45 in total including food, beverages and taxes.

All in all, we were utterly disappointed from this visit. It was the worst amongst the bad dining experiences we had previously. The food lacked that 'oomph' factor and the quality was lacking immensely. The staff team has changed and the owner who is usually at the restaurant was not there that day. From the change of food quality, menu, staff, and missing owner, we believed that the restaurant might have changed hands recently. All the bad experiences had evidently showed that possibility.

If you asked me, we may still come back occasionally for reminiscing old times only. I hope that the food quality will improve the next time I dined at the restaurant.