Cafe-hopping is the new trend in Singapore. The emergence of cafe hopping is implicitly due to the evolution of new and more focused social media networks such as Instagram and Burpple, where individuals boasts about where they have been.

In recent years, cafes have mushroomed into a thriving business in Singapore, be it in the neighbourhood areas, city centres and even in schools. These cafes have not only placed emphasis on ambiance and intricate interior decor but also its own unique identity and specialties. The attractiveness of these cafes was its intimate, homely feel, which offers a cosy place for couples to hang out.

Nestled in the tranquil Punggol neighbourhood, there is a new cafe by the river - Whisks and Paddle. It boasts of its tranquil ambiance and delicious homemade desserts and pastries, which were prepared daily.

We arrived at Whisk and Paddle around 9.15pm on a Saturday night. The restaurant was crowded with young people hanging out and families having dinner. We were ushered to a table (table of 2) almost immediately. As we go through the menu, we were attracted by a number of dishes from mains to sides to desserts. We tried toThe serving staff suggested moving to a larger table as we had ordered quite a number of dishes. After moving to a larger table (table of 4), we waited excitedly for the food.

Our dining experience was terrible one. We waited for more than 30 minutes before we were served. A couple who came after us and sat at our first table was served first. They were served the BBQ Pork Tacos that we had ordered too. The service staff were not apt and prompt. We had to ask the service staff to check with the kitchen twice before our first food arrived. Spicy wings - a simple side order that could have been served earlier! The worst was that they forgot to serve us our dessert and charged us for it. Despite the bad food, I think that it was reasonable to expect a decent level of service for the price I paid.

My total damages was $112 and I am never going to dine there again. 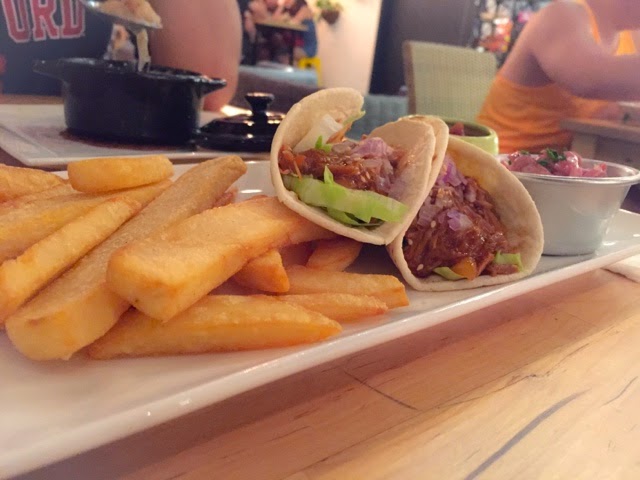 Pulled pork soft tacos were made of BBQ sauce pulled pork, lettuce and onions wrapped in soft taco and then served with tomato salsa, purple slaw and fries. At SGD17, the price did not do justice to the dish at all. Not that the food was delicious, the dish was overpriced. Everything on the plate tasted fast food. The BBQ sauce tasted as if it was squeezed out from the bottle. The salsa dip was the same, as if it was scooped out from the Tostitos jar. Only the pork shreds and potato fries tasted real. (Food rating: 1.5/5) 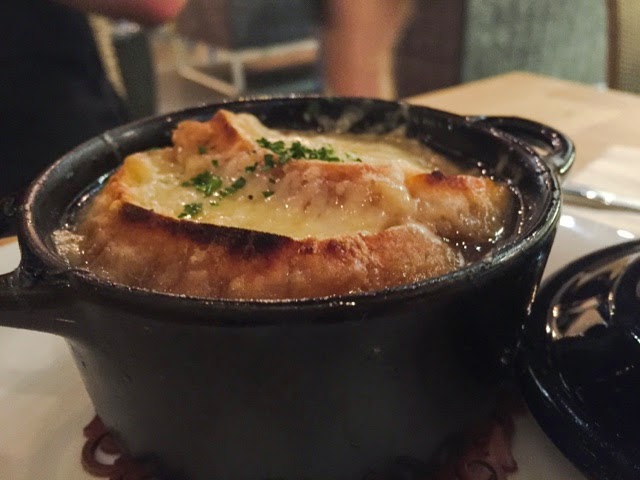 The French onion soup, priced at SGD8.80 comprises caramelised onion cooked in beef broth served in gratin-style. I would give 3 out of 5 points for presentation. It looked delicious and attractive. But it did not taste as good as it looked. The beef broth and the caramelized onions were bland. The bread slices were mushy by the time it was served. Unlike the French onion soups that I have drank before in Bacchanalia, db Bistro Moderne, Chez Petite Salut (which is now closed) or Poulet, the bread slices did not turn out to be this mushy. It was a disappointment. (Food rating: 1.5/5) 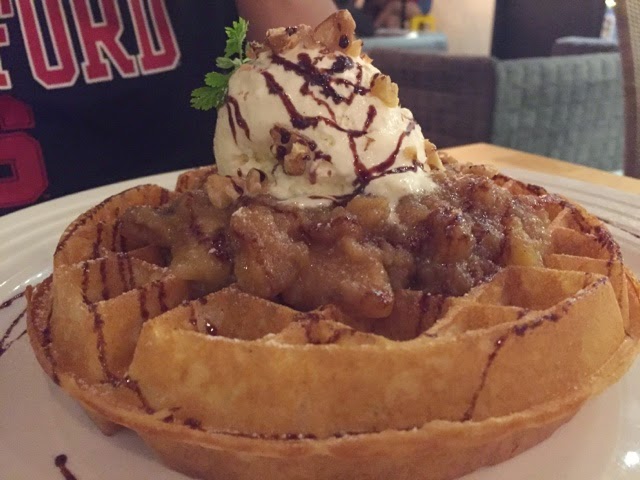 The Waffles served with vanilla ice cream, caramelised bananas, walnuts and chocolate sauce were less than delectable. Priced at SGD15.80, the dessert needed a serious improvement. The waffle was still acceptable but it lacked the texture (too airy inside) and taste (lacked the fragrance). As for th toppings, the texture was mushy like baby food. It was so mushy that the waffle became soggy and mushy. The presentation could be farther improved such as separating the mushy caramelized banana from the waffle. The presentation and the outcome of the waffle spoilt everyone's appetite. (Food rating: 1.5/5) 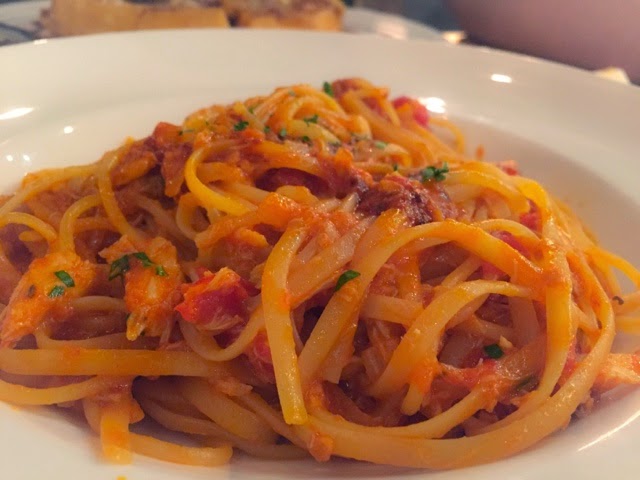 Crabmeat Linguine, priced at SGD17, was served with linguine and crab meat cooked in spicy pink sauce. It was one of the better dishes we have ordered. The linguine was cooked perfectly - cheesy and the sauce and ingredients were balanced. However, the presentation would be further improved. Even a fast food Italian restaurant chain like Pastamania or Marmalade Pantry, could serve not only quality but also a appetising presentation. (Food rating: 2.5/5) 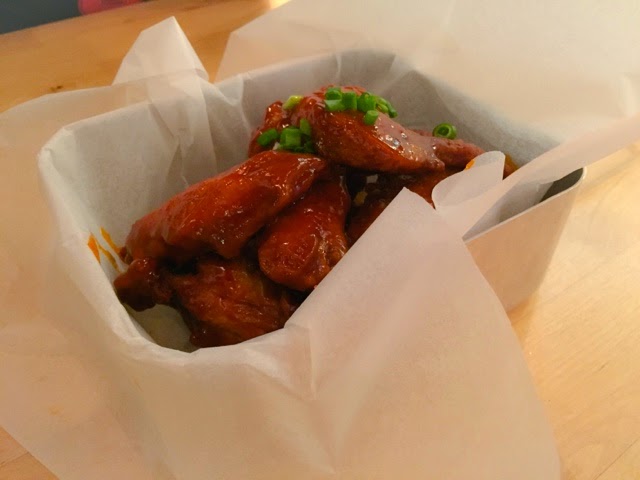 Spicy wings were served with deep fried chicken wings tossed in homemade spicy sauce. At SGD12, there are about 3-4 pcs of drumlets and wings each. This was the first food that was served to us after asking the kitchen twice. The chicken wings were deep fried and then drizzled with BBQ sauce. The sauce was neither spicy nor delicious. It tasted as if it was squeezed from a bottle and then remixed. I was utterly disappointed in the chicken wings. The long wait did not justify the quality of food. (Food rating: 1.5/5) 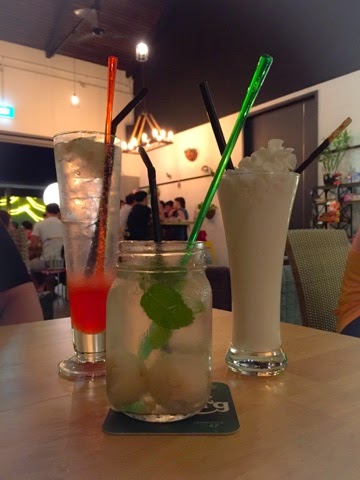 The food spread was an utter disappointment. Luckily, the beverages were still acceptable. 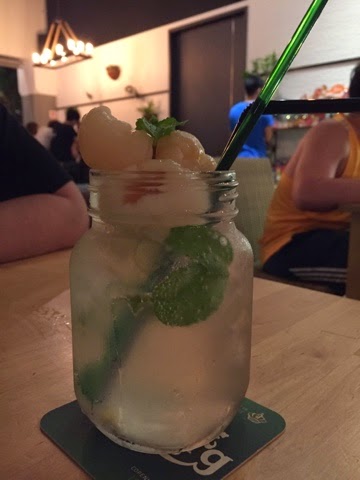 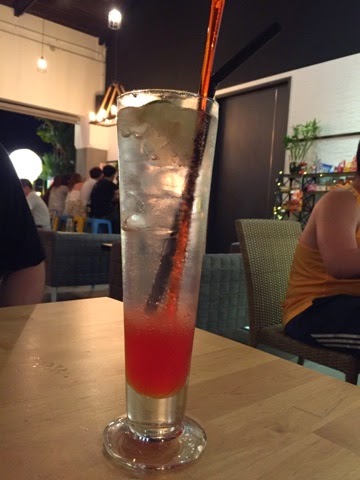 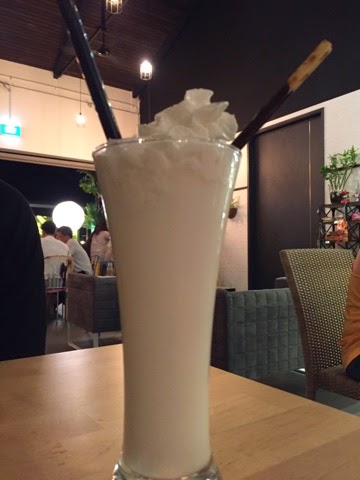 Ol'fashion vanilla, priced at SGD9.90, was a disappointment. The drink was not chilled, more at room temperature. The vanilla was disappointing because it has a powdery texture. (Food rating: 1.5/5) 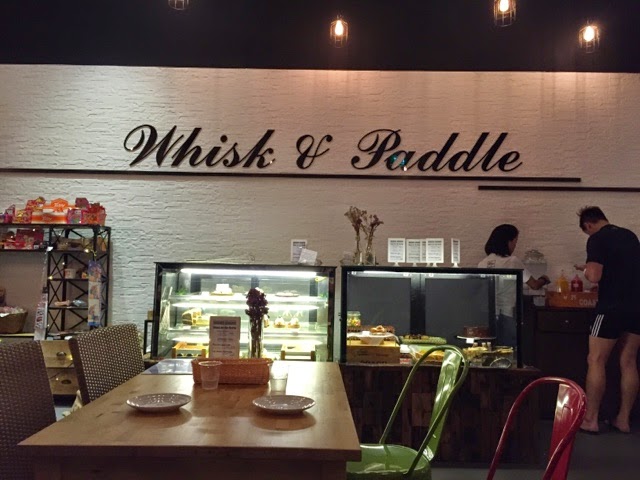