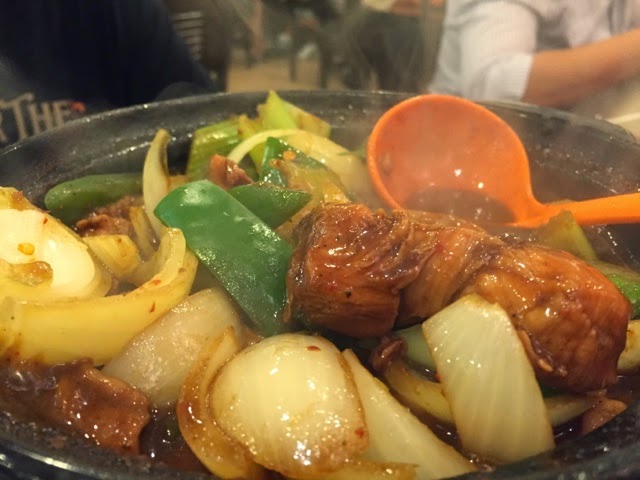 Chicken Hot Pot (公鸡煲) was served with tender chicken chunks in a hot famous broth. The broth when served was rich and spicy.


In the claypot, the chicken chunks were generous in portion and tender. As the broth became lesser, the server replenished with more broth. Just like any other hot pots, you could also do shabu shabu in the hot pot. I loved the broth immensely as it reminded me of Huangmenjimifan (吉香斋黄焖鸡米饭) which served stewed chicken in a claypot. The taste was very similar that I began to miss Shanghai. (Food rating: 4/5) 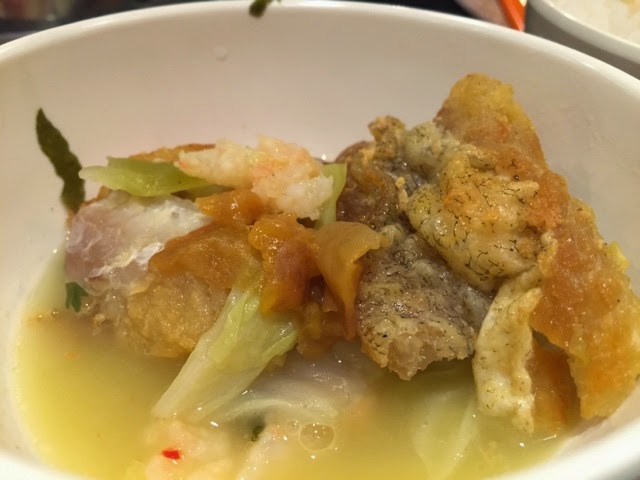 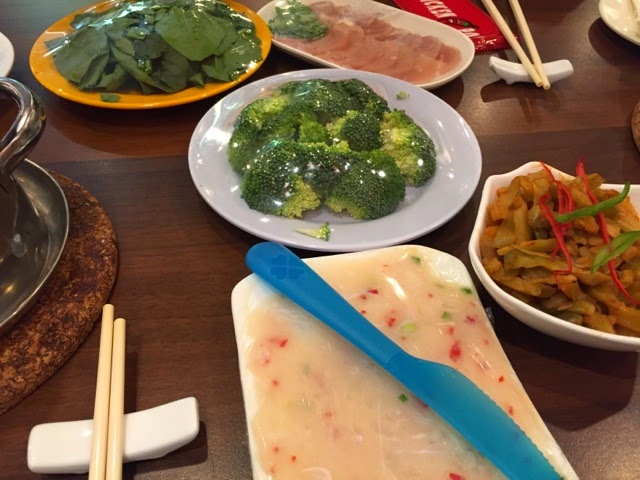 Apart from eating the food directly from the hot pot, you may also take the fresh ingredients from the refrigerator and do shabu shabu like any other hot pots. Similar to the Conveyor Belt Sushi concept, the bill was calculated by counting the number and type of coloured plates of the consumed dishes. Each coloured plate of meat or vegetables represented different prices at SGD1.80, $2.80 and $3.80. We ordered the fish paste which was very fresh prepared. When we cooked in the Chicken Hot Pot, it tasted so delicious, just like the ones we had at Mini Steamboat Delight. The chicken slices were very fresh and we added into the Chicken Hot Pot. Just like the chicken chunks in the original claypot, the chicken slices were fresh and delicious.