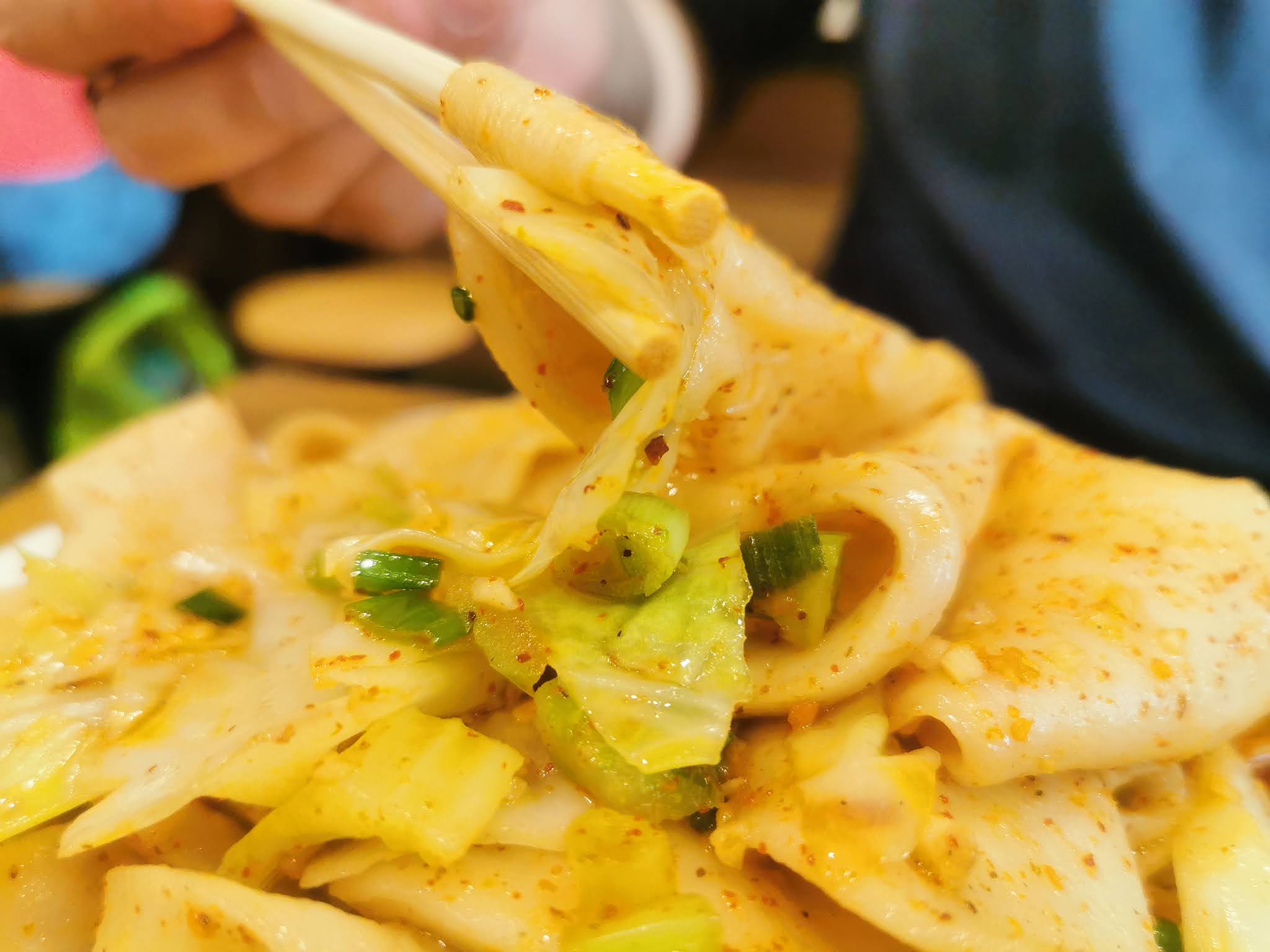 面), alternatively known as youpo chemian (油泼扯面), is one of the popular noodles in Shaanxi. The noodles is broad and handmade.
The origins of biang biang noodles and the character biang remains unclear. In one version of the story, biang was invented by the Qin Dynasty Premier Li Si. In another story, the word biang refers to the found made by the chef when he kneads the noodles by pulling the dough and slapping on the table. Another story shares about the found from people make from chewing the noodles. Whichever the story, the character biang is unique and cannot be found in any modern Chinese or Kangxi dictionaries.

The biang biang noodles or  油泼干扯面 is actually spicy hot oil seared over hand-ripped noodles. The texture of the noodles were chewy, just the way I love it. The spices used were less fragrant than our beloved restaurant in Singapore. The added spices could enrich both flavour and aroma. This bowl of noodles cost USD6.45. (Food rating: 3/5) 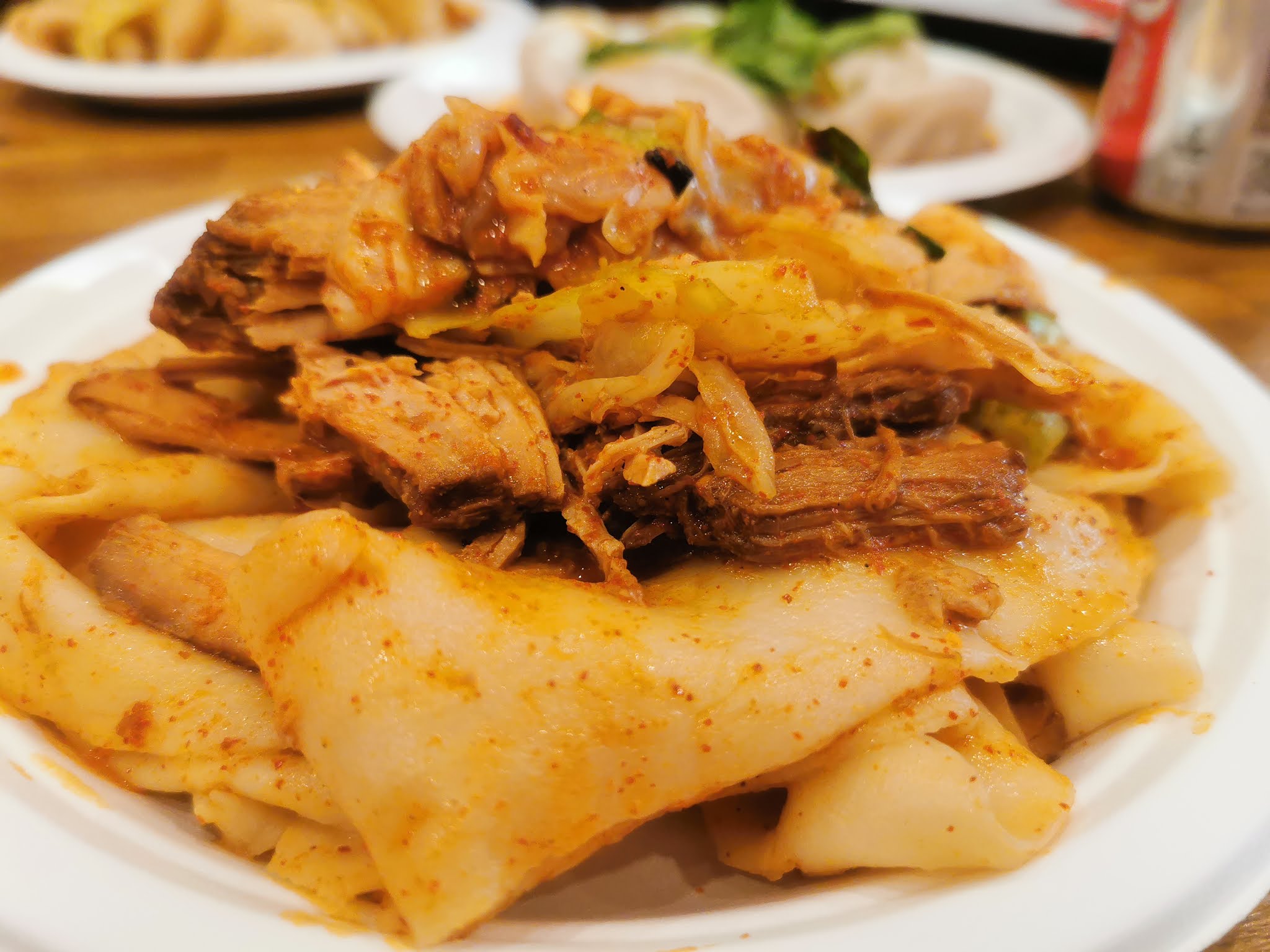 Another similar dish, Stewed Pork Hand-ripped Noodles (腊汁猪肉干扯面) was added stewed pork into the original biang biang noodles. The price was almost the same. The texture was chewy, just the way I loved it. The stewed pork was generous in portion and rich in flavour. Personally, I prefer the original noodles to this one. This dish covers the fragrant spices in the noodles. (Food rating: 2.5/5) 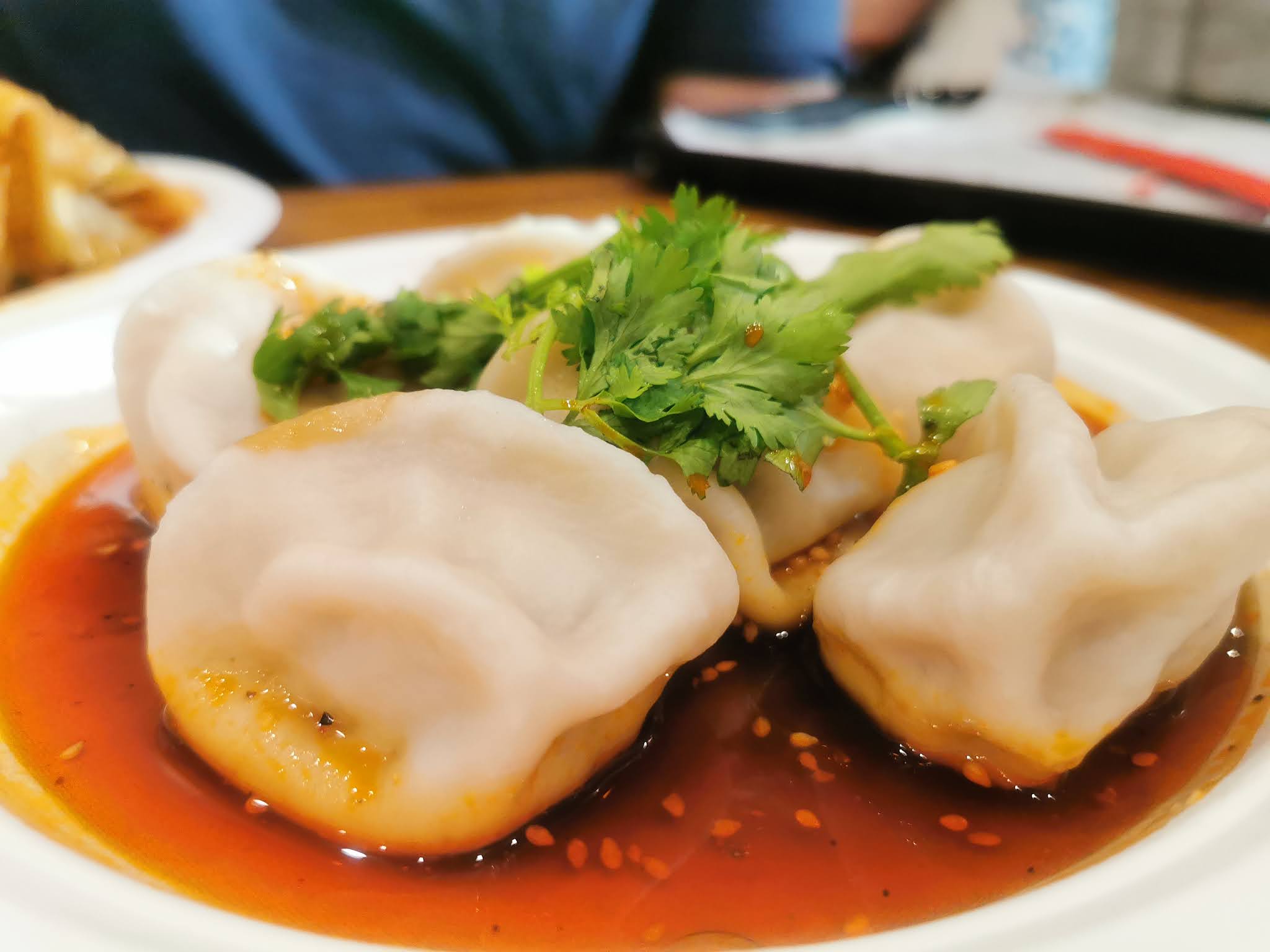 The Spicy and Sour Lamb Dumplings, priced at USD7.50, were expensive. The lamb dumplings were delicious but the dipping sauce was underwhelming. I expected better but was disappointed. Somehow, I remembered dumpling houses - White Bear in Flushing and Yang Tang Fan Dian (羊汤饭店) in Hangzhou, which also serve lamb dumplings came to mind. Food rating: 2/5. 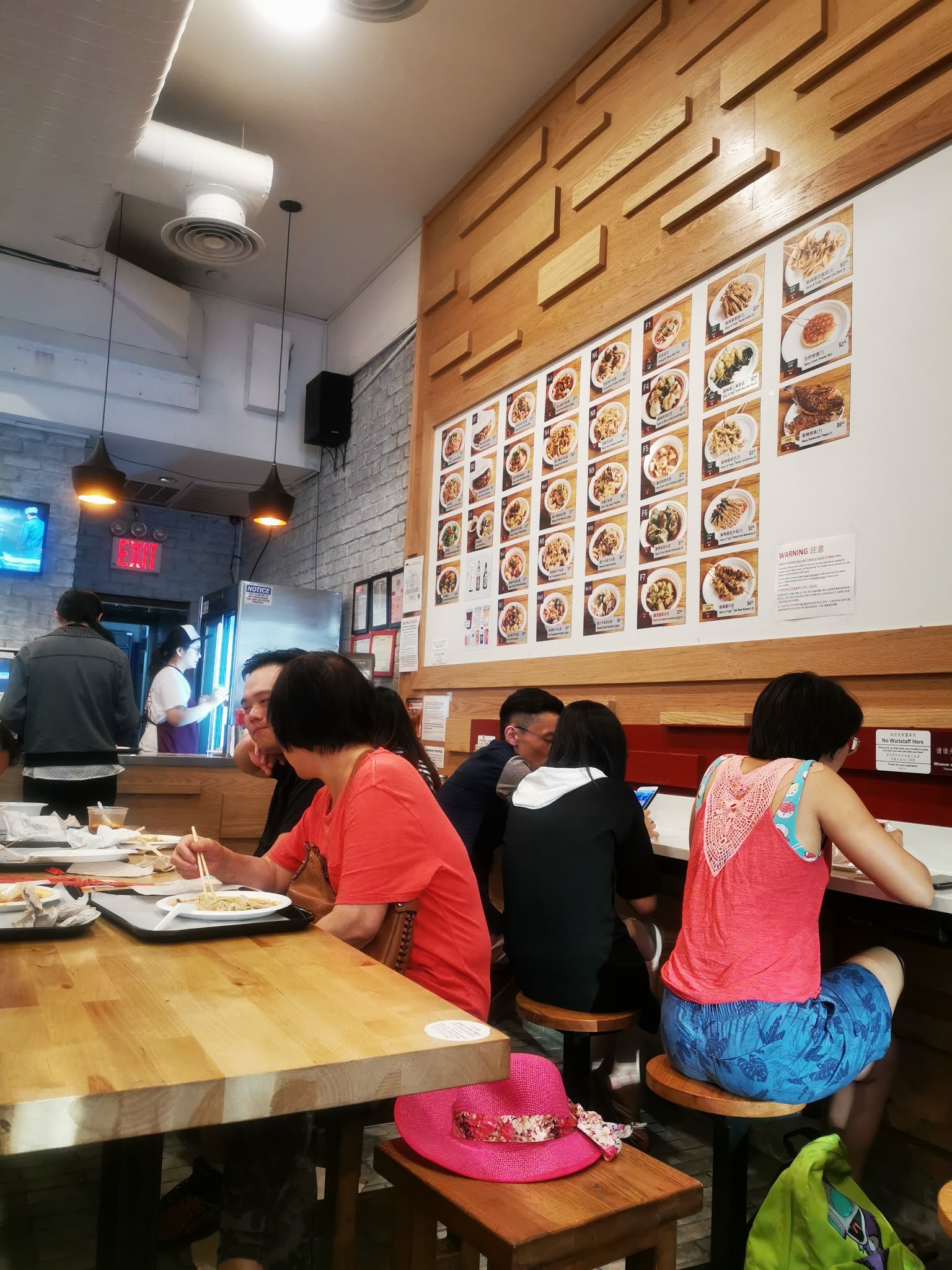 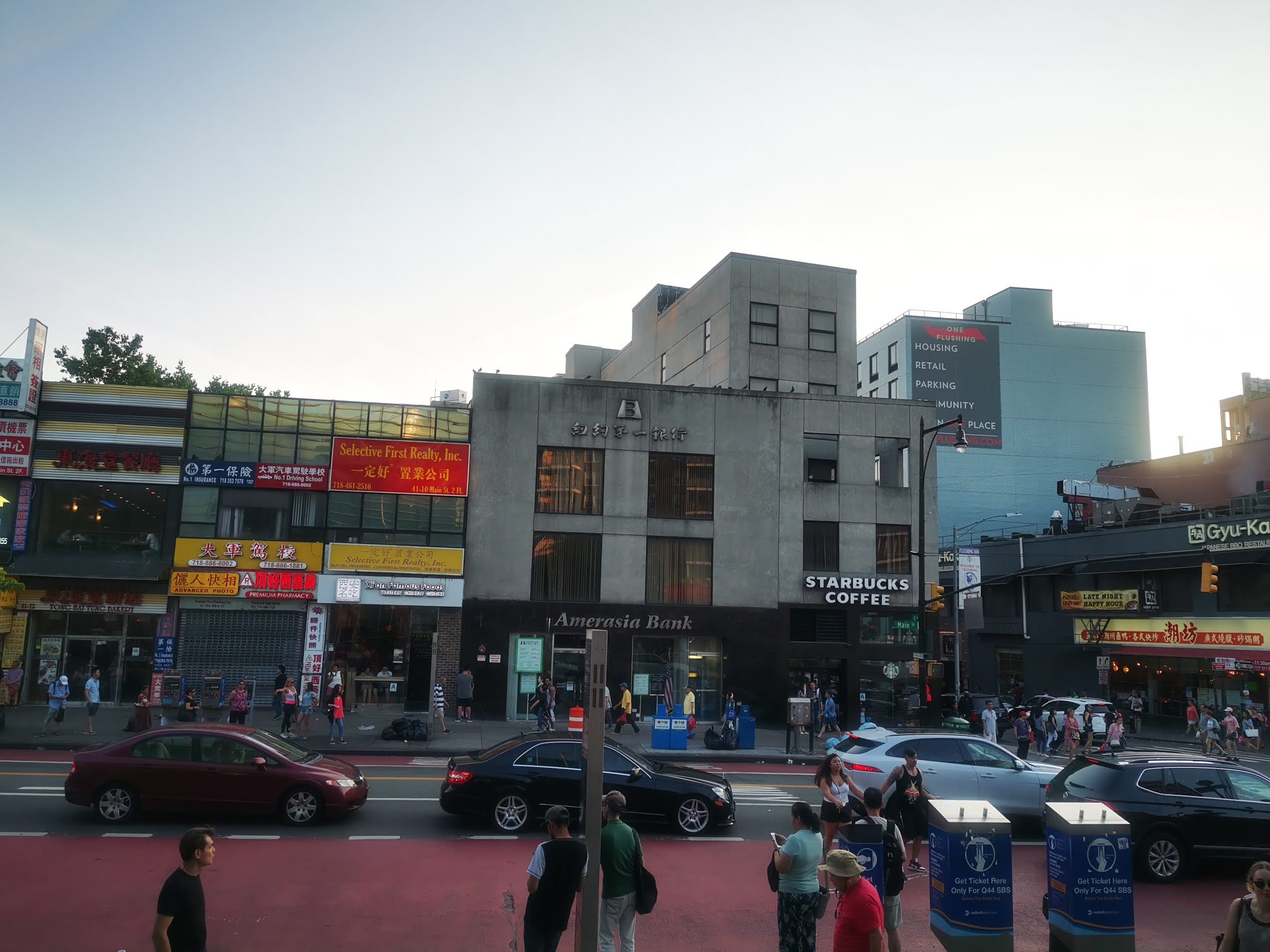