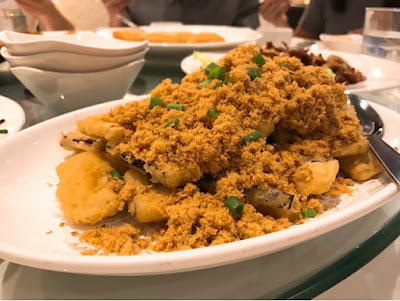 Putien (莆田), since established in 2000, has become a renowned brand for authentic homecooked-style Fujianese cuisine. Started off as a coffee shop in Kitchener Road, the restaurant traces it roots to the coastal suburb in Fujian, China. Today, Putien has expanded into a popular restaurant chain in Singapore, Malaysia, Indonesia, Taiwan and Shanghai.

In 2016, Putien at Kitchener Road has been recognised with a prized Michelin Star.

Putien is noted for its signature dishes, including the Braised Pig Intestines, Braised Noodles.

From the restaurant's beginning, overbooking has been an issue. Even now, when reservations are not as much in demand, the restaurant is often crowded with people waiting to be seated. 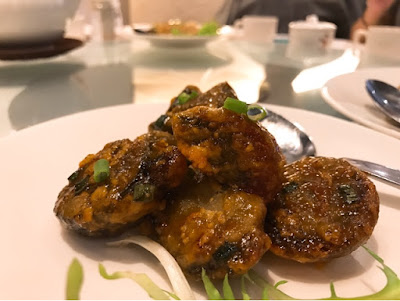 Priced at $6.90, the Putien Century Eggs were covered in a sweet and sour crust, topped with homemade specialty sauce. This is my first time eating century eggs and the eggs were chewy in texture and the sweet crust added that extra punch to the starter. (Food rating: 3.5/5) 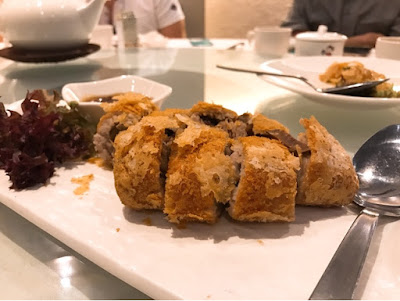 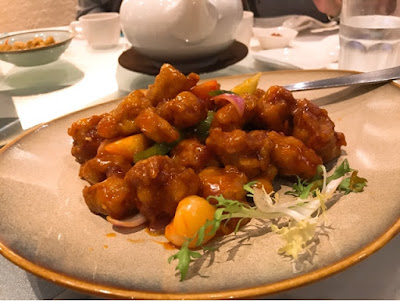 Sweet and Sour Pork with Lychees, priced at $13.90, reminds me of mum's cooking. The pork deep fried to light golden brown was tender and moist on the inside. The lychees were perfect complement with its added burst of sweetness to the sweet and sour sauce. When chewing the pork balls, there was a lingering ambrosial taste that reminded me of mum's cooking. It is reminiscing. (Food rating: 4.5/5) 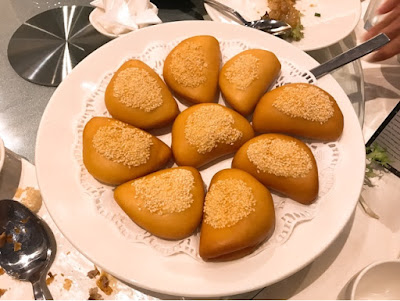 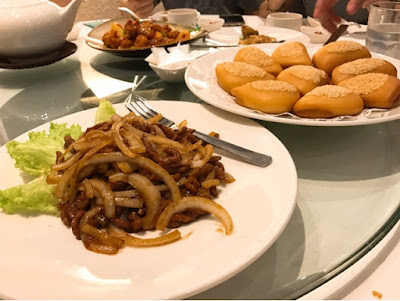 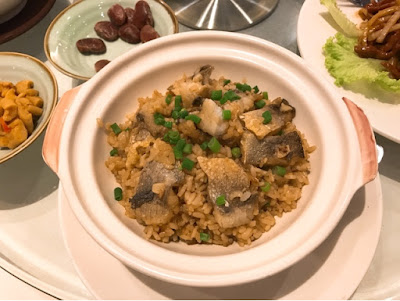 Yellow Croaker Fried Rice, priced at $19, has a nice wok fragrance. Cooked in high heat in a wok, the rice grains were chewy in texture and the yellow croaker slices were freshly prepared. How I wish that I accompany the rice with pickled green chilli. (Food rating: 3.5/5) 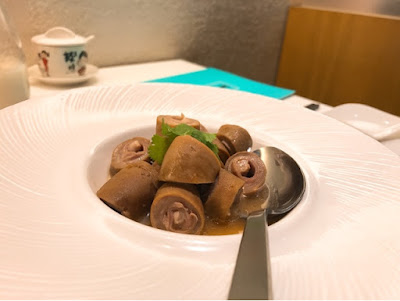 Priced at $14.90, the braised pork intestines were divine. Each intestines were meticulously chosen at precisely 2 inches long, washed, looped, cooked, selected and braised to perfection with Putien's 12-spice homemade sauce. The intestines had a springy texture and more importantly, it did not have bad smell or aftertaste. (Food rating: 4.5/5) 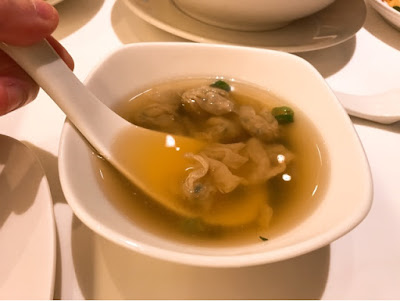 Bian Rou Soup with Vinegar, priced at $27.80, is a must try and highly recommended. 'Bian Rou' or Wanton soup is a Fujianese specialty with more than 5 centuries of history. At Putien, it is said to have made of pork meat wrapped in delicate Fujian-style wonton wrapper. The wantons were meticulously made, making them springy and delicious with every bite. The soup had an added vinegar that brought out the sweetness from the pork in the wanton. (Food rating: 5/5) 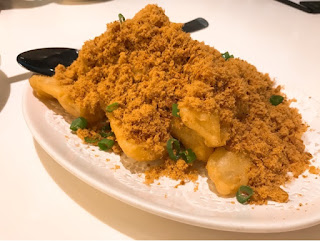 At $16.30, you can enjoy a plate of beautiful golden brown egg plant dressed with pork floss. The fried egg plant was also my first time eating it. Instead of being all mushed up, the egg plants coated with batter was solid and crispy. The Deep fried Egg Plant with Pork Floss is one of my favourites now. 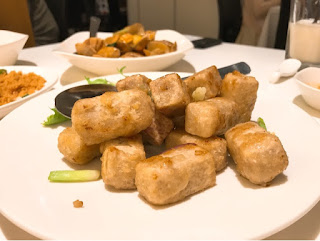 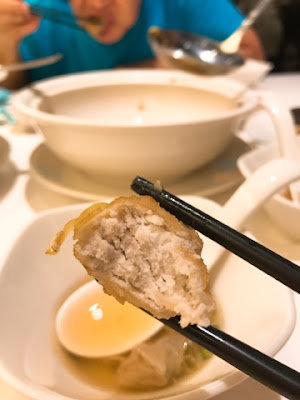 Stir-fried Yam, priced $13.50, was a simple dish. Frying the yam pieces and coating each piece with sugar. The sugar crystalised, making it sweet and savoury at the same time. (Food rating: 4/5) 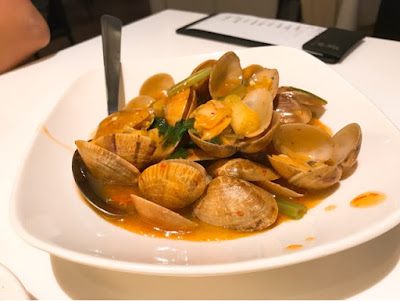 Stir-fried Chilli Live Clams, priced at $13.90, were definitely freshly prepared but somehow the sauce lacked the ommph. The clams or La La could not compete with the one at Ming Kee Seafood. Till today, I still cannot forget the delicious shellfish from Ming Kee. (Food rating: 2.5/5) 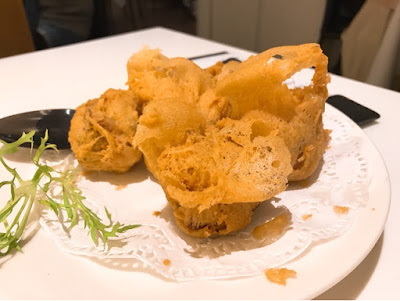 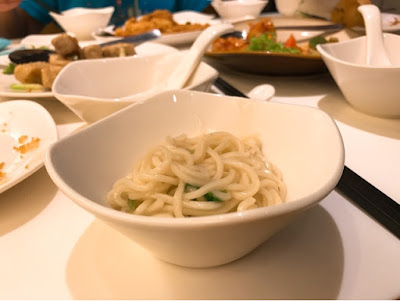 Sambal White Water Snowflake, priced at $13.90, was absolutely delicious. The vegetable dish was cooked similar to the Sambal Kangkong. However, the snowflakes were specially imported from Taiwan, giving the dish a refreshing twiste to a familiar flavour. (Food rating: 4/5)

Deep fried Tengiri Fish, priced at $4.90 per piece, was slices of fish deep fried until crispy. It is served with Putien's homemade dip. It looked very ordinary but the fish was moist on the inside. (Food rating: 3/5)