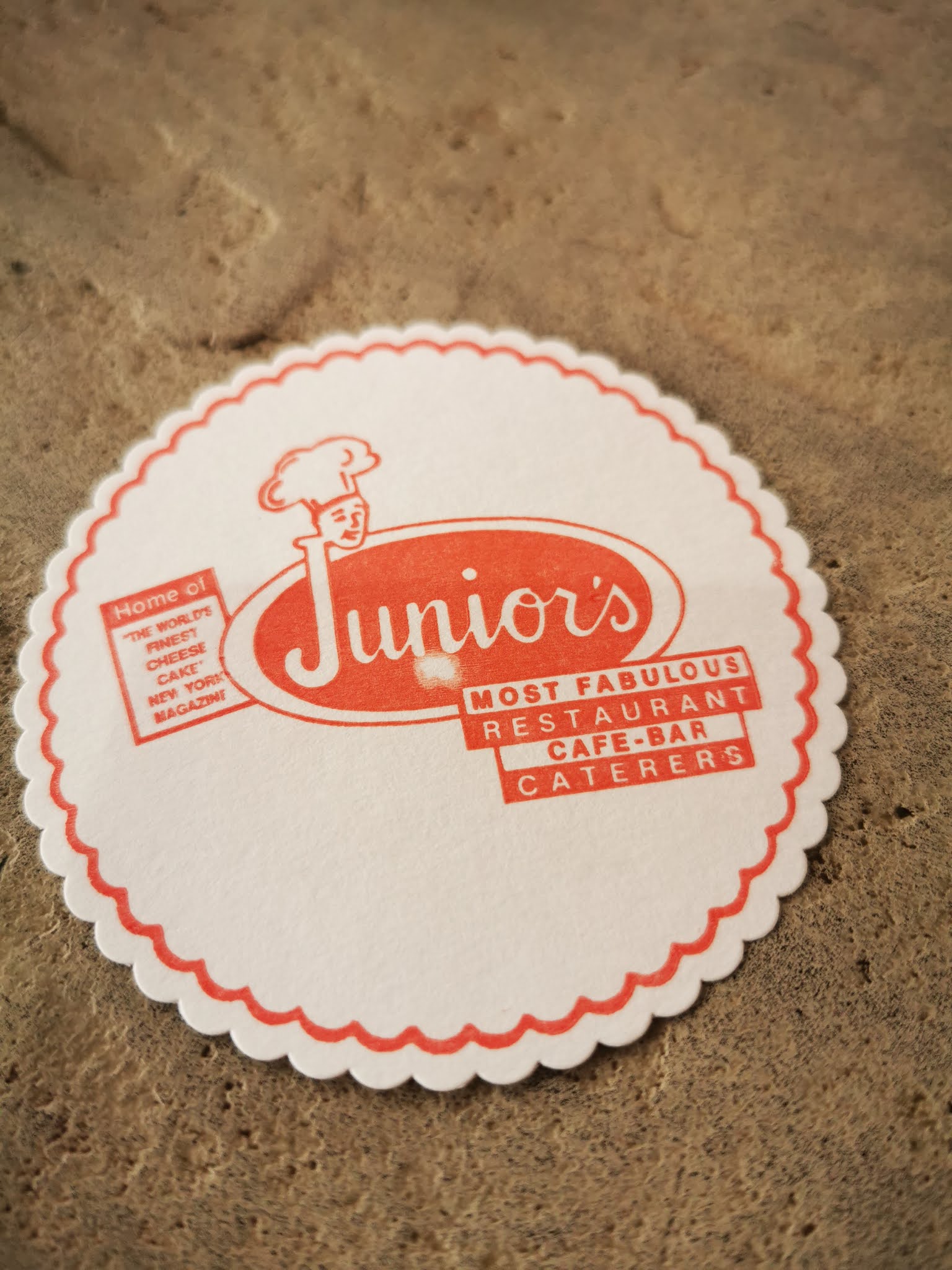 You cannot say that you have been in New York if you have not eaten the cheesecake from Junior's Cheesecake.
Founded by Harry Rosen in 1950, Junior's landmark restaurant is known as the home of New York's best cheesecake. Baker Perterson and Harry perfected a cheesecake recipe in the 1960's that had become a very popular dessert. They conducted laboratory-like experiments until they hit upon the magic formula. The same recipe and techniques are still used today. To date, their original location in Brooklyn on Flatbush Avenue is still thriving.
My first encounter with Junior's was in 2008. It was an unforgettable experience. Highly recommended by friends, we explored Brooklyn and found Junior's. It was an adventure when the internet is not prevalent. But it is worth it. We bought an original cheesecake and that changed my love for New York Cheesecake.
Junior's Cheesecake is one of the key pit stops whenever I am back in New York City. We visited one of their latest outlets at Times Square on the corner of 49th Street and Broadway. The restaurant offers a full menu ranging from steaks to seafood and sandwiches to salads and not forgetting, cheesecake. The classy cosy American interior reminded me of a movie titled, Back to the Future, starring Michael J. Fox. 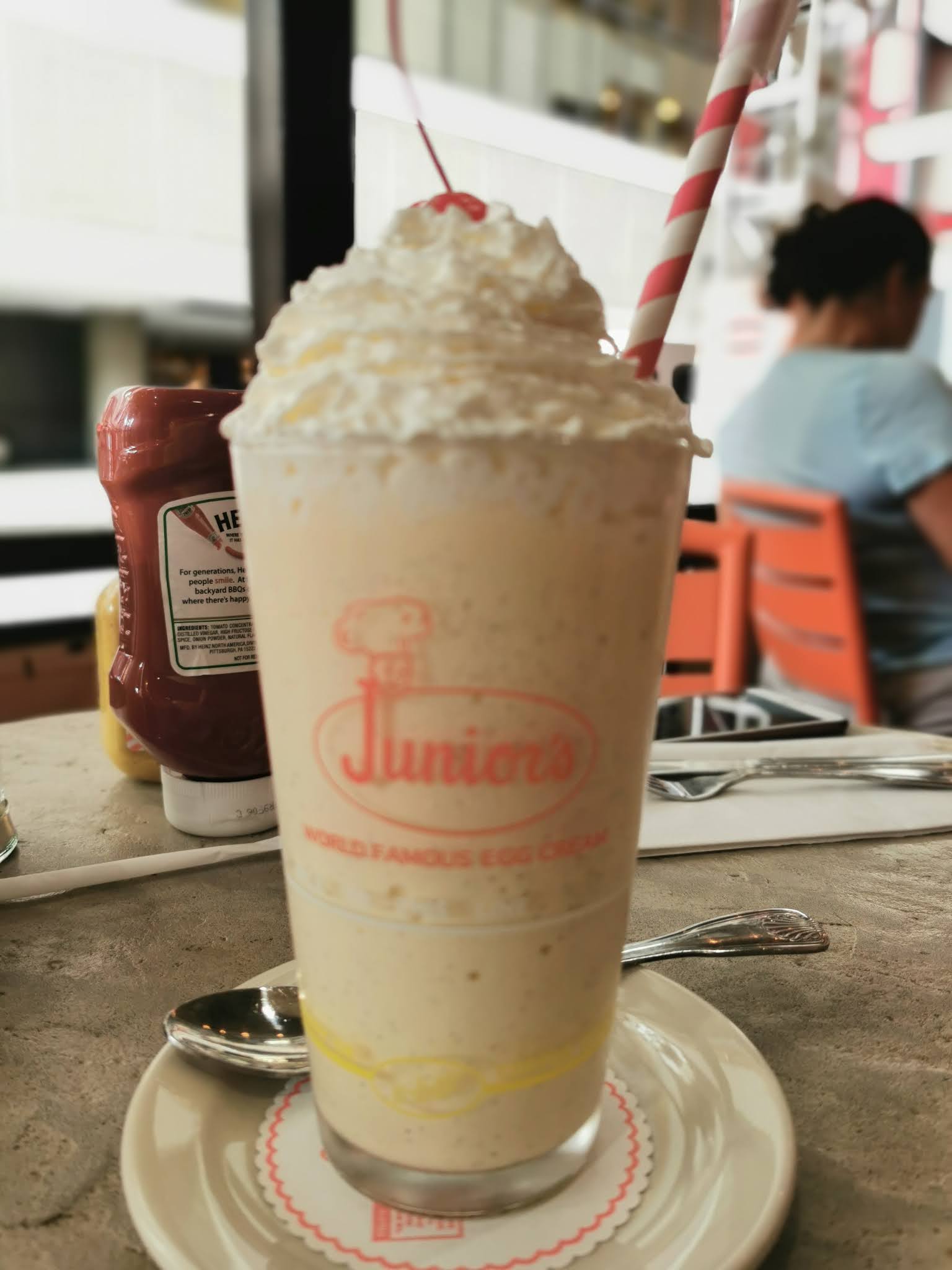 We've ordered ourselves a Original Milkshake and a Strawberry Milkshake. Both shakes were very rich in flavours. There were strawberry bits in the shake that added that extra flavour and texture. Personally, I felt as if I was drinking melted ice cream. It was rich and sinful. Priced at USD8, I would still nod my head, saying, It's awesome!. (Food rating: 4/5) 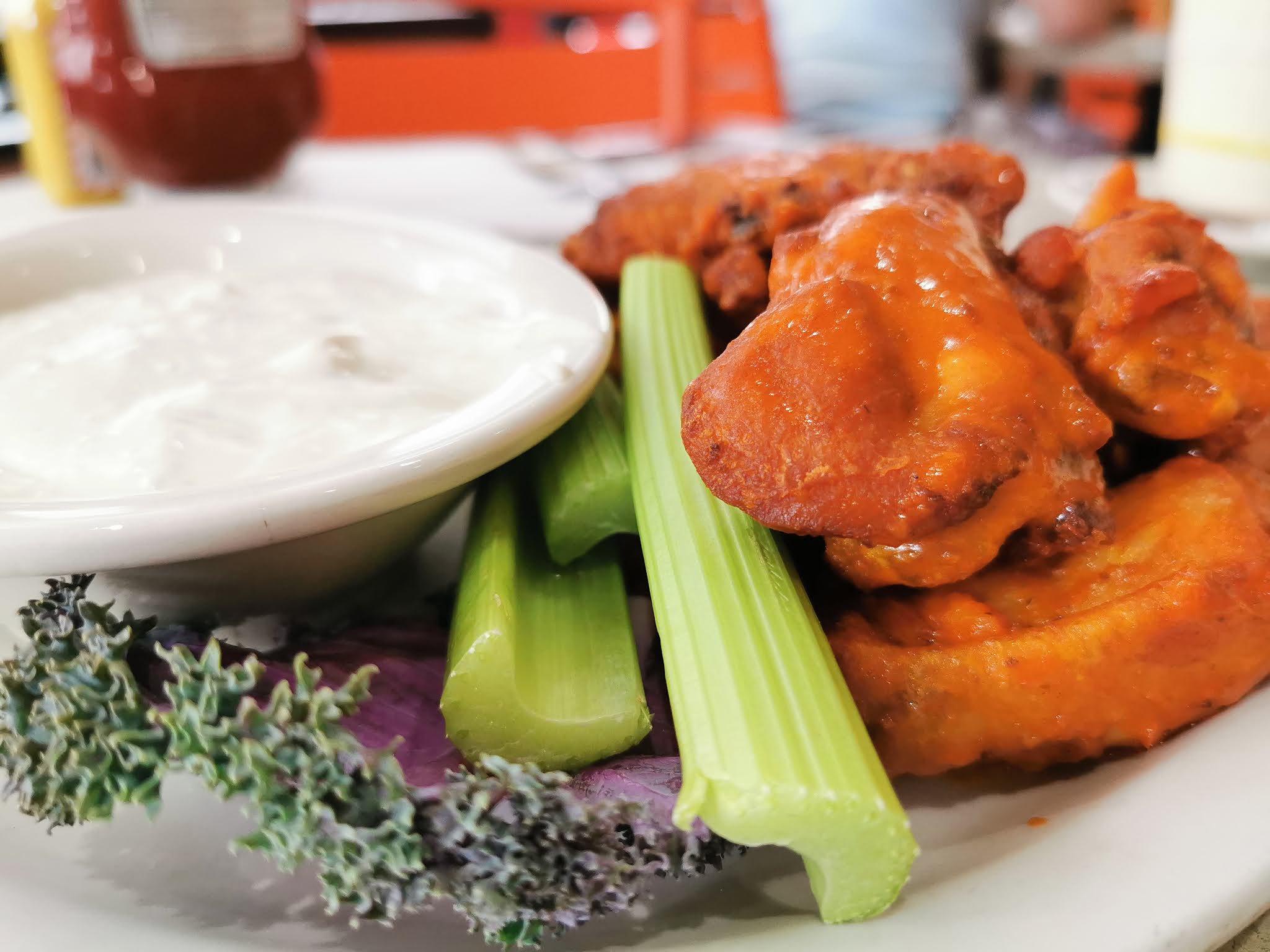 Priced at USD16, the Buffalo Wings were so-so. I wished it were a little more charred at the corners to give that added edge. Though the wings were spicy, it lack flavour that would blow my mind away. (Food rating: 2.5/5) 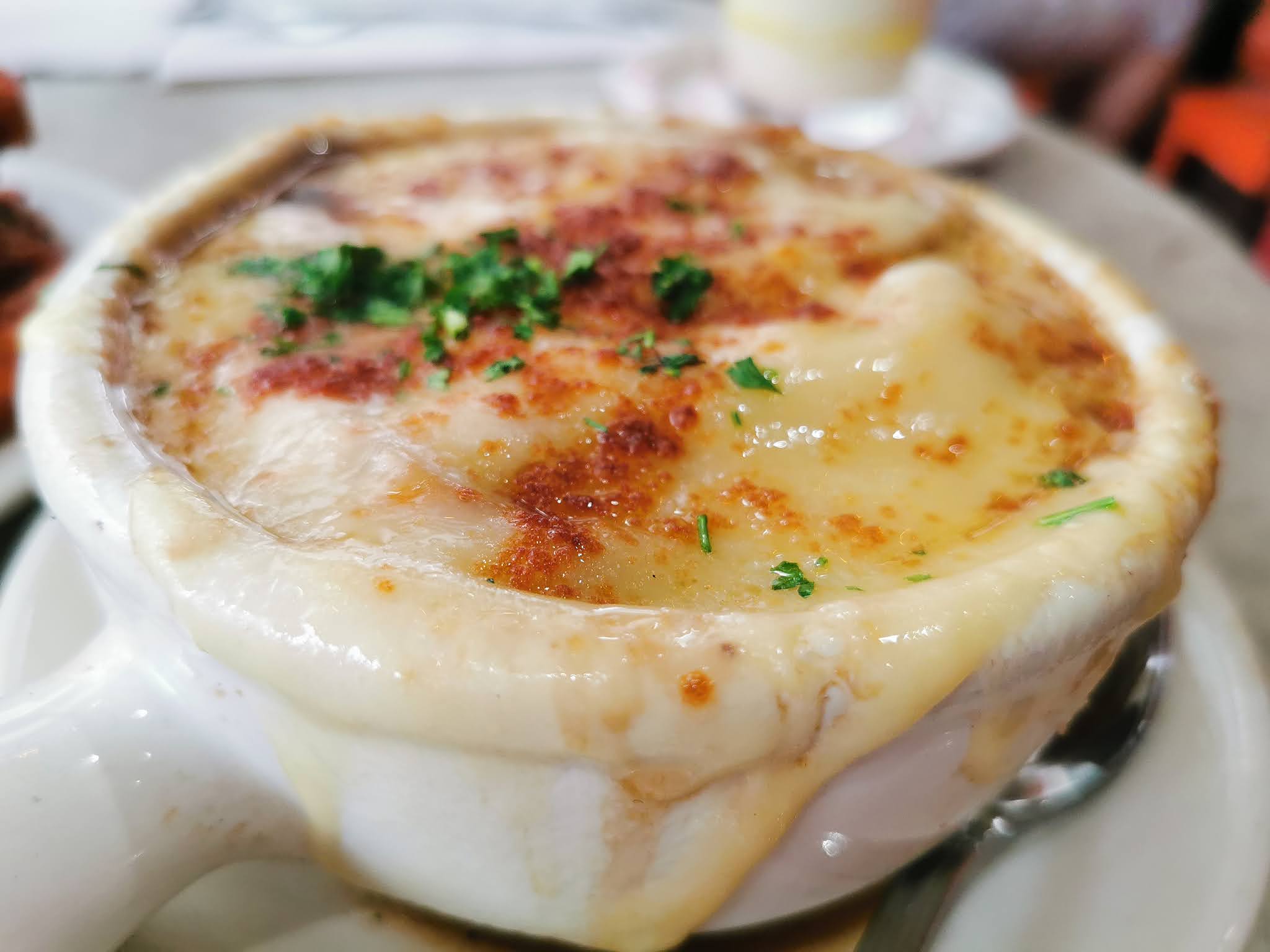 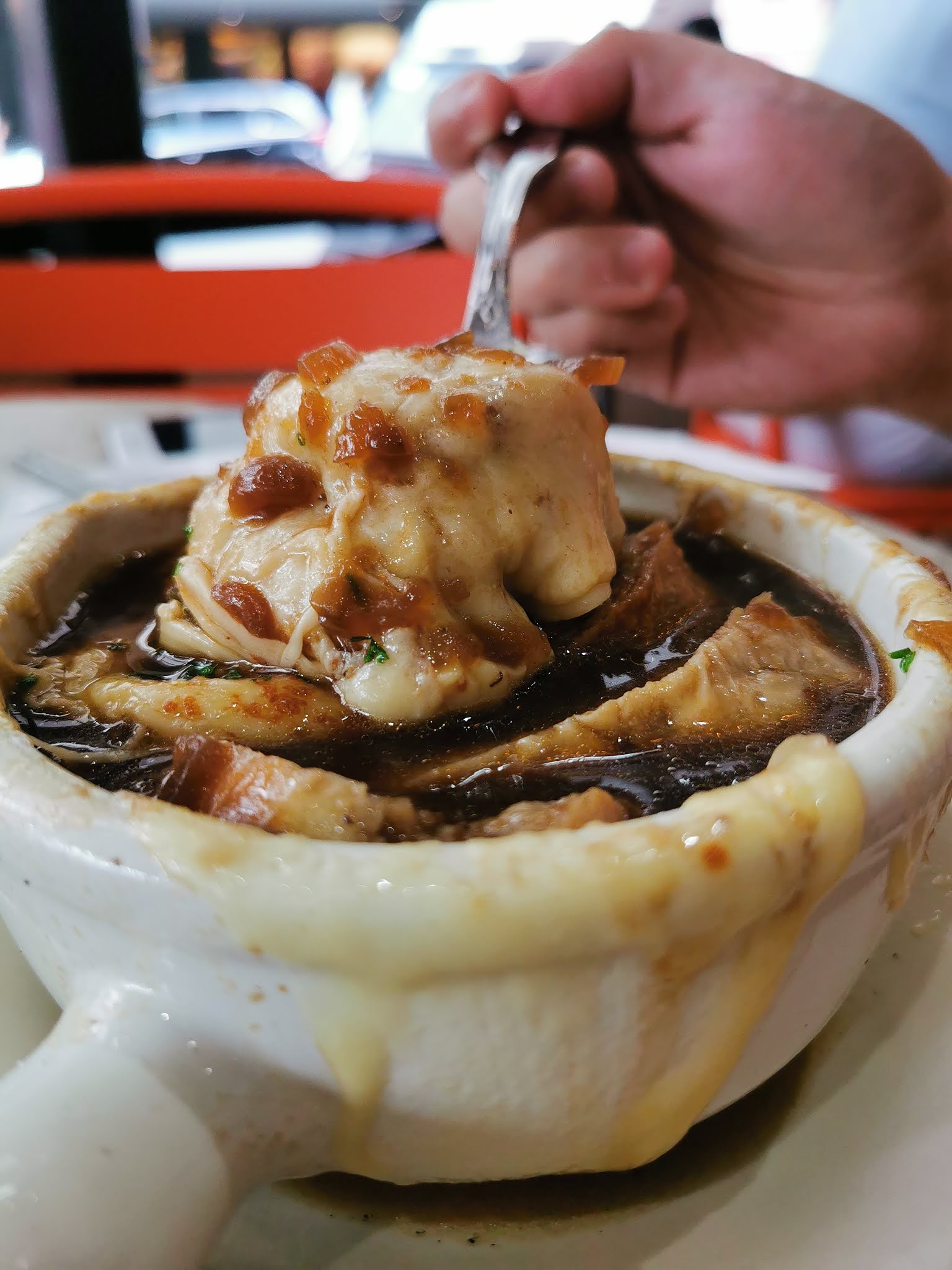 The Baked Onion Soup was awesome, filled with rich caramelised onions, Rye Croutons and Swiss Cheese. The sweet onion beef accompanied with savoury cheese topping was amazing. The cheese was dense and firm with bits of rostiness and sweet milk. Each mouthful was awesomely deliciously. A word of caution: Do not finish the entire soup. The portion was huge and you will be too full to attack your entrees. (Food rating: 4/5) 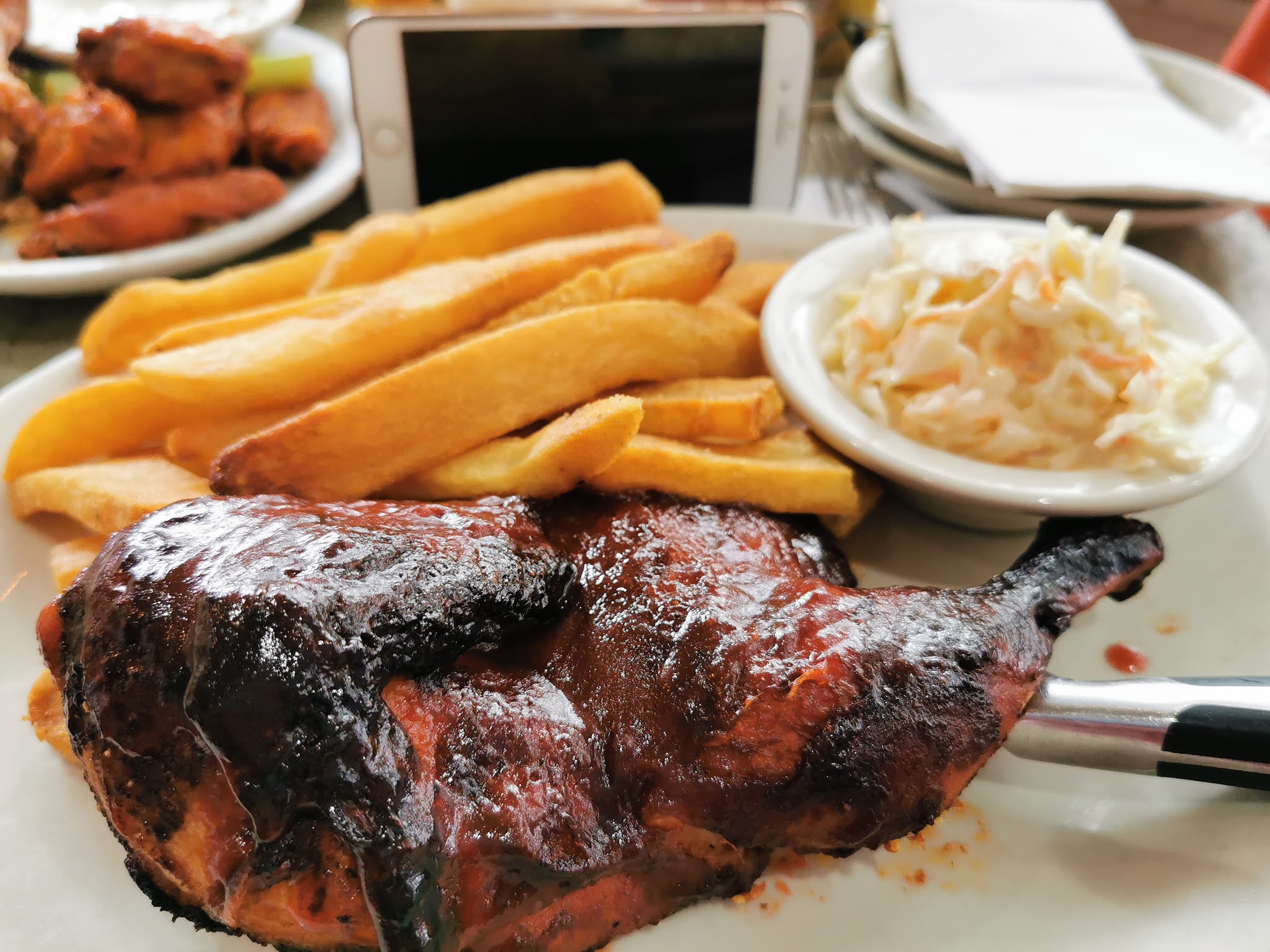 Bar-B-Q Half Spring Chicken served with creamy coleslaw and French Fries. Compared to Tenderfresh and Tori-Go, the spring chicken has rich BBQ flavour and the meat was drier. It would be better if they are tender and juicy. The chicken was just normal. (Food rating: 2.5/5) 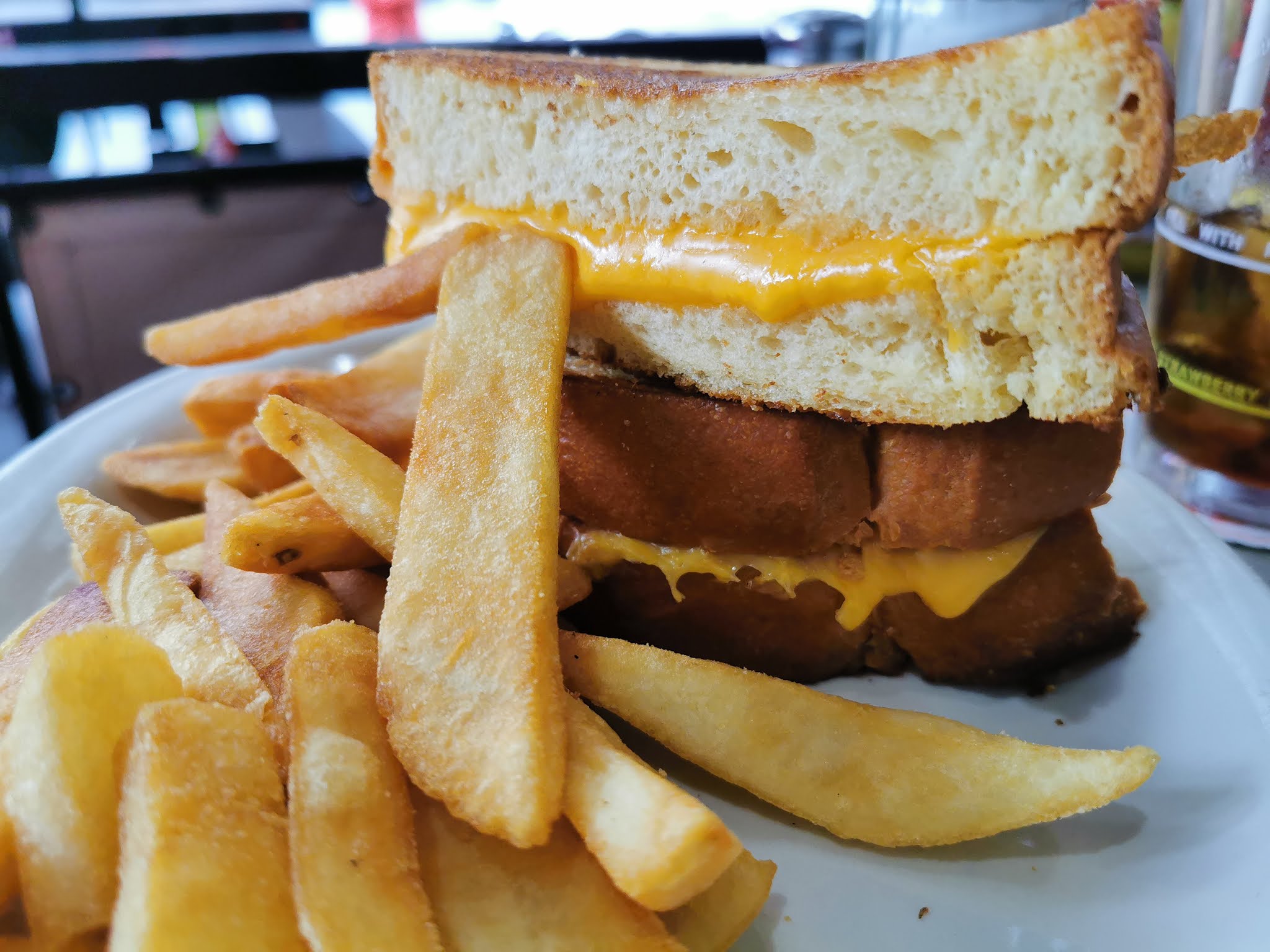 Who can resist a Grilled Cheese Sandwich served on thick Cut Challah with French Fries? Priced at USD13, it can be a full meal. The thick toast with oozing savoury cheddar cheese was sinfully delicious. (Food rating: 3.5/5) 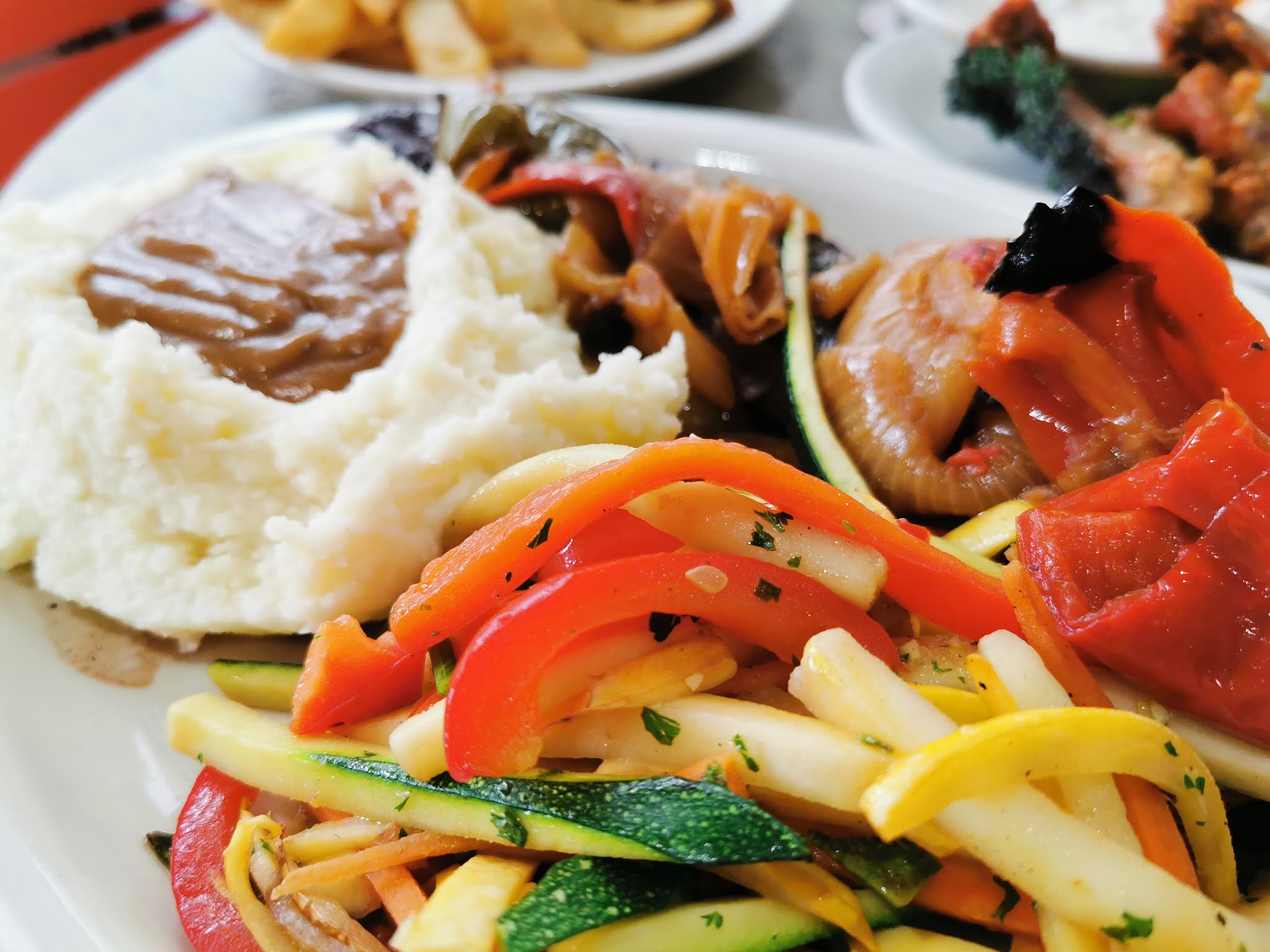 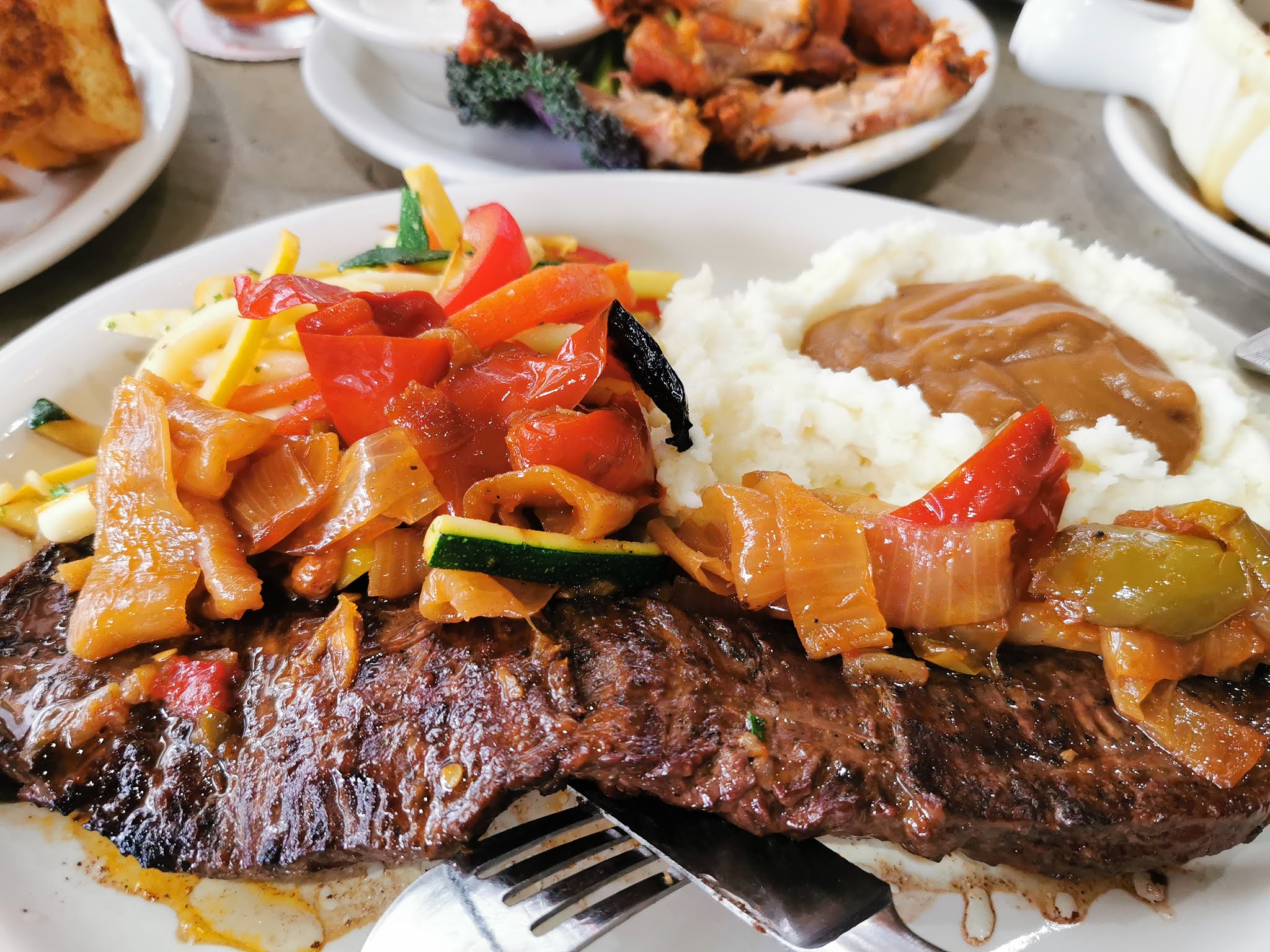 Roumanian Tenderloin Steak was served with broiled skirt steak, sauteed onions, vegetables and mashed potatoes. Priced at USD36, the portion was huge. In fact, it was too much for two persons. The steak was cooked to perfection. The meat was tender and juicy that I enjoyed this immensely. The mashed potato was normal. The key highlight of this dish is the steak. (Food rating: 4/5) 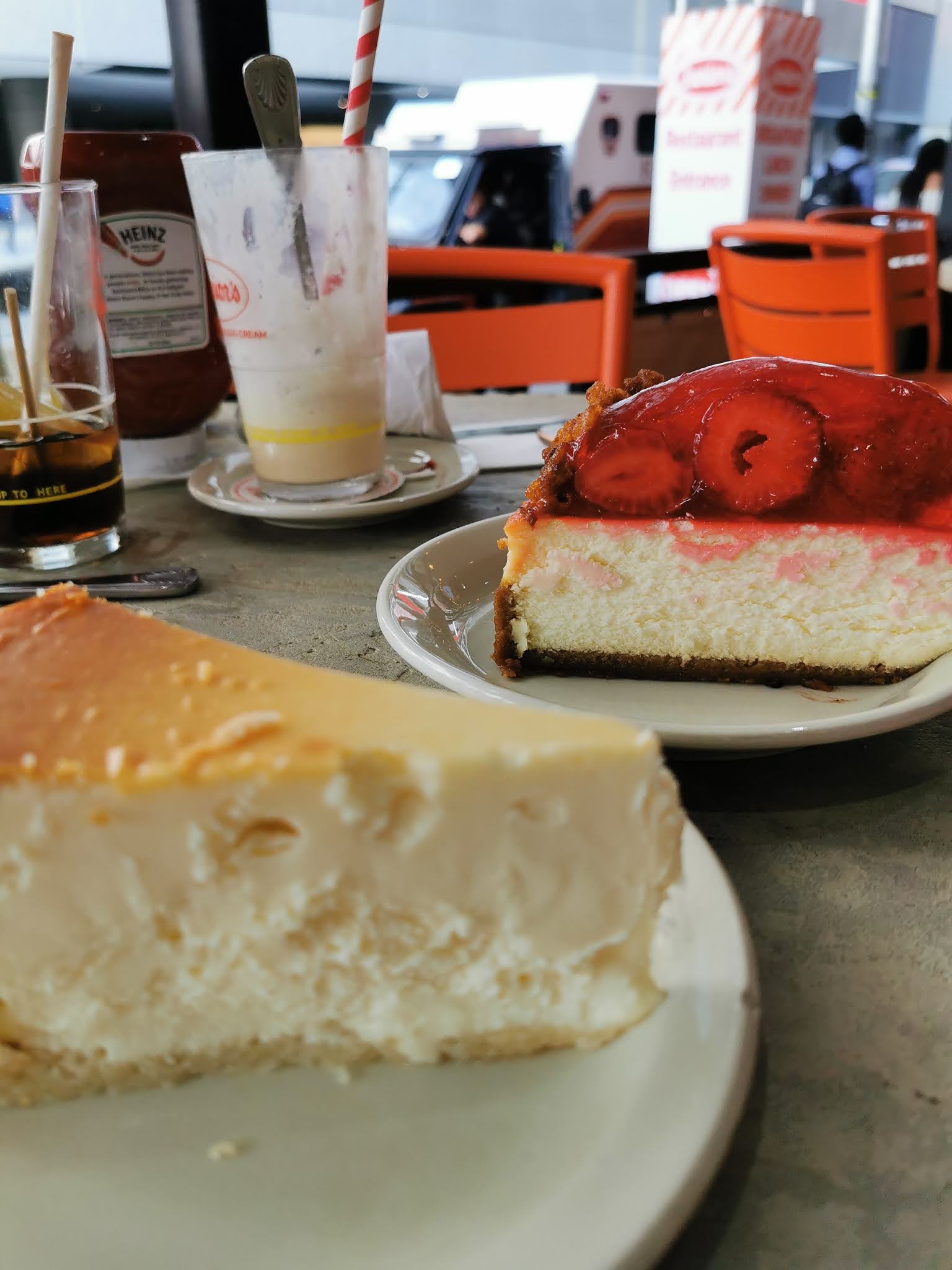 Between the two - Our Famous No. 1 Original Cheesecake and Fresh Strawberry Cheesecake, I liked the original cheesecake better. It was the original cheesecake that swooned me away years ago. The taste was still rich and its texture excellent. It was hard to find something better in New York. The strawberry cheesecake was equally good but the original is still my personal favourite. So, how is it different compared to the ones from Cheesecake Factory? I will come to it later. :) (Food rating: 4.5/5)
The total damages was USD130, excluding tips. It was worth it because of the cheesecake.
Address: Broadway, 1515 W 45th St, New York, NY 10019, United States
Price: $$
Food Rating: 4/5 ★★★★
Recommended dishes: Original Cheesecake; Strawberry Cheesecake; Grilled Cheese Sandwich.
★★★★ BBQ Chicken cheesecake chicken wings Grilled Chicken Juniors Cheesecake New York City NYC Subway: Times Square Onion Soup steak United States USD: $$
Location: Broadway, 1515 W 45th St, New York, NY 10019, USA