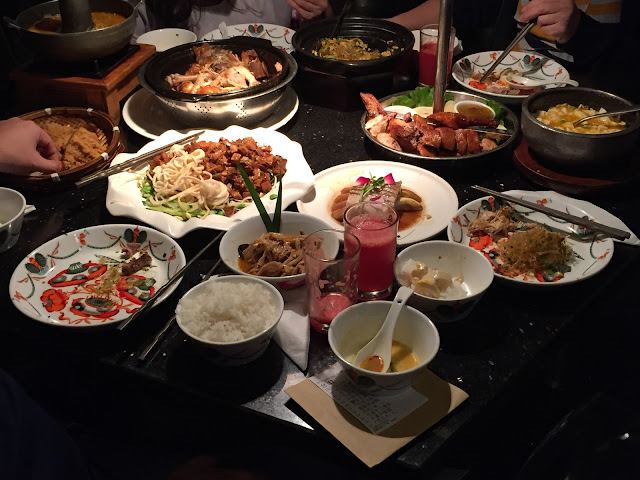 Grandma's Home or Waipojia [外婆家] is one of popular family-style restaurant chain in China. It offers the typical Chinese home-cooked dishes at affordable prices. I stumbled upon this restaurant when I was in Hangzhou last year. This year, I found my favourite restaurant in Shanghai. The dining experience was unforgettably divine and ambrosial.

If you happen to visit the Oriental Pearl Tower in Shanghai, you may visit the restaurant at IFC Shanghai located next to the TV tower. Located within a huge retail mall, the restaurant remained crowded and popular among locals.

Some of the delicious Hangzhou foods such as the Pianerchuan [片儿川], Braised Duck Meat (杭州卤鸭), and Vermicelli (腊味炒粉丝) were not offered in the menu. But, we tried new dishes and loved every dish from the Shanghai outlet.

We ordered 9 dishes and spent about SGD100. Compared to Singapore, 9 dishes may cost at least SGD200 at similar family-style restaurant chains in Singapore like Imperial Treasure. 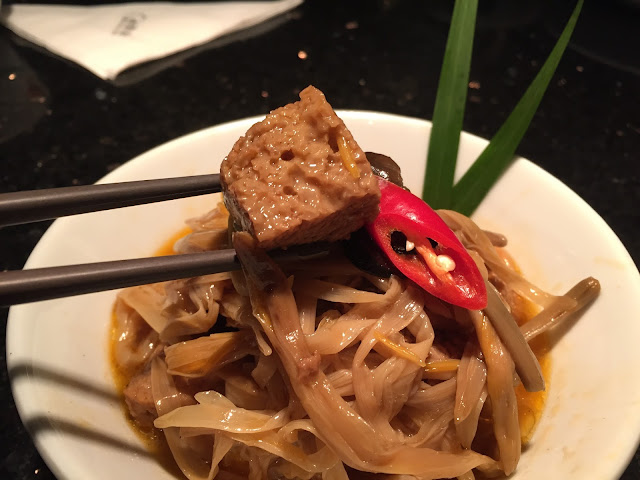 Enjoy a vegetarian appetiser prepared in Old Shanghai style. At Grandma's Home, they serve the authentic Wheat Gluten. Shanghainese food is known for its heavy taste and seasoning. The dish consist of black fungus, wheat gluten, peanuts and vegetable. The crunchy peanuts and well-braised gluten, and black fungus were delicious and the texture was great. The sauce, however, was a little salty unlike the one we tried at Old Shanghai Restaurant @ Yuyuan Gardens. The difference in taste, to me, was a little confusing. Both restaurants claimed that the appetisers were prepared in old shanghai style. The dish was sweet at Old Shanghai Restaurant, whereas at Grandma's Home, it was salty. In terms of colour, the colour is darker at Old Shanghai Restaurant than at Grandma's Home. Perhaps someone could enlighten me on which is the authentic Shanghainese style. (Food rating: 4/5) 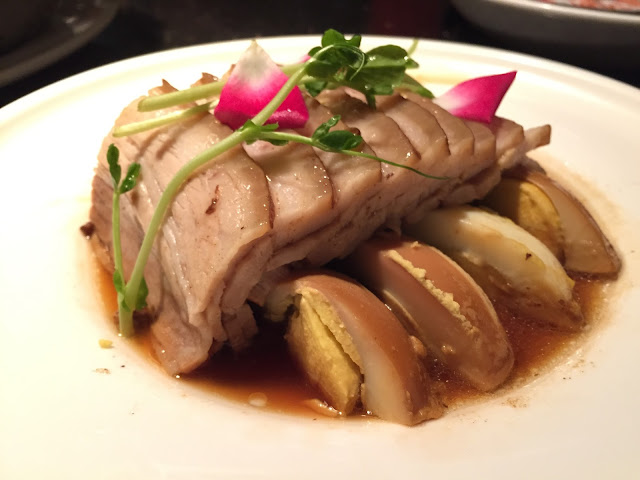 Beautifully stacked on top of braised hard boiled eggs, the marinated pork meat was thinly sliced with well-balanced portion of lean meat and fats. The braised eggs were freshly prepared with nice texture and with a distinct delicious peppery taste. The meat was tender, succulent and the fats melted immediately in the mouth. It was a delish dish to eat with steamed white rice. (Food rating: 4/5) 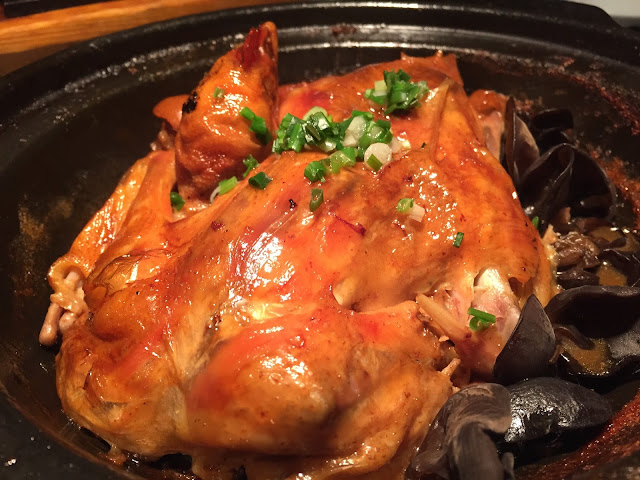 When Grandma's Chicken was served, the mouthwatering fragrance lingered around the table, making everyone at the table salivated. Broiled in a claypot, the salted, spiced golden brown whole chicken was tender, succulent and flavoursome. The meat was so easy to tear and juicy, which we reckoned that it was a young bird. Everyone loved the fowl very much. (Food rating: 5/5) 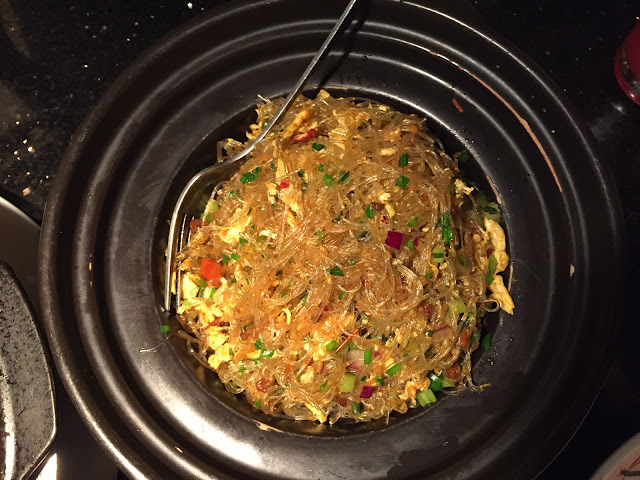 The Sauteed Vermicelli remained my favourite at Grandma's Home. The dish comprises vermicelli, dried shrimps, waxed sausages, egg, garlic, diced parsley and diced shallots. The noodles were chewy which gave a very nice texture. The dish was lightly salted with the waxed sausages and dried shrimps which gave it an extra boost. A simple yet ambrosial dish indeed. (Food rating: 5/5) 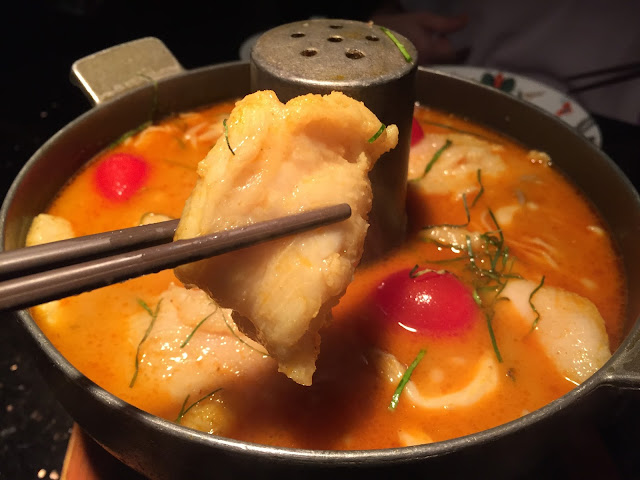 If you are looking for the sour and spicy clear tom yam soup, you may be disappointed. The tom yam goong tasted very much like curry with coconut milk. An good example would be the vegetable curry or Lontong. The tom yam goong was not spicy but rich in coconut milk. The fish slices, on the other hand, was fresh and did not have fishy smell. If you put aside your initial perception of a clear, sour and spicy soup, this dish was actually delicious. However, it would taste better if it were more spicy and sour to give the dish that much added boost. (Food rating: 3.5/5) 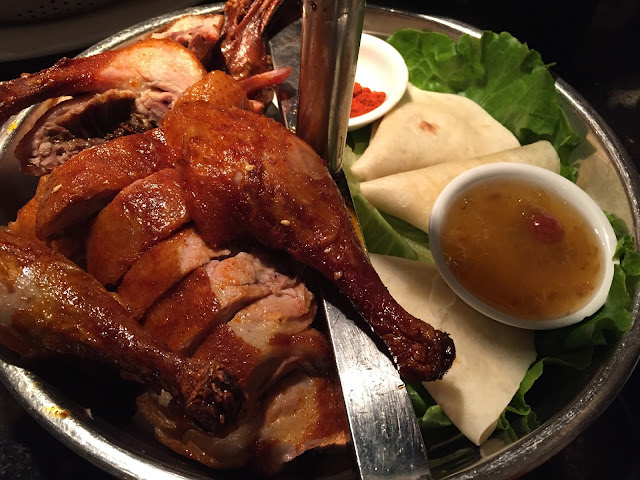 Akin to Peking Duck, the Crispy Duck was deliciously marinated with red pepper and cumin powders. The duck was then roasted into a beautiful golden brown colour. The meat was juicy and the skin was crispy and flavourful. The dish came with four pieces of wraps, red pepper powder and chilli plum sauce. The plum sauce was sweet and spicy at the same time. With the wraps and sauces, you may make a wrap just like the Peking Duck dish. But it will be cumbersome to eat the wrap and deboning the duck manually. Likewise, you may also try having the meat with the plum sauce. I prefer to eat the duck meat as it is to the sauces and wraps. (Food rating: 4.5/5) 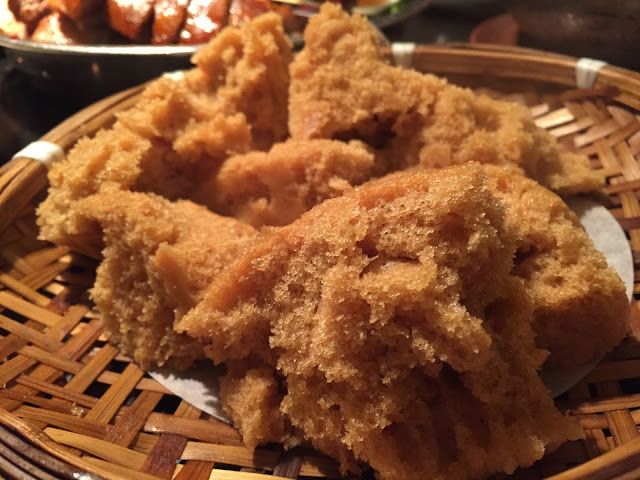 When someone mentioned mantou, you will immediately think of the steamed white bun as what you may have watched in most Chinese pugilist dramas. At Grandma's Home, the mantou was brown and sweet. At one bite, it tasted very much like the local snacks, Steamed Huat Kueh [发糕]. It was sweet and has a very nice soft, fluffy texture. Surprisingly, this sweet cake was not categorised as a dessert. Do try this special steamed mantou at Grandma's Home. (Food rating: 4.5/5) 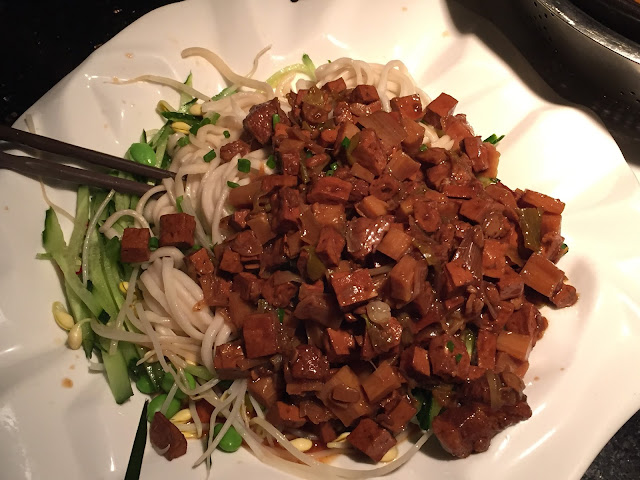 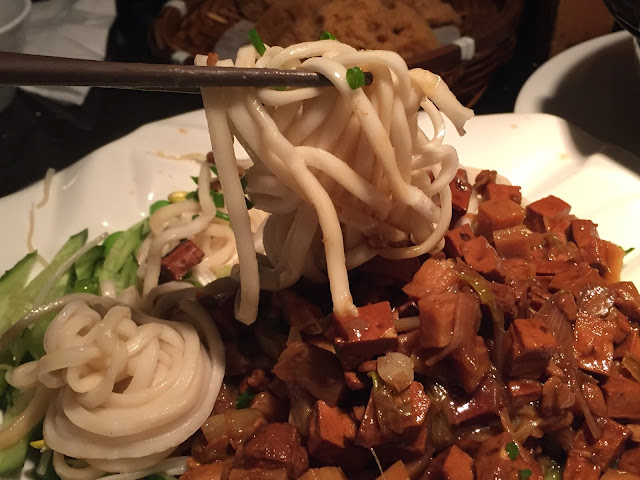 Popularly known as zhajiangmien, this noodles dish cooked in Grandma's style was delectable with noodles cooked in al dente style. The noodles were chewy, just like the way I loved it. However, braised diced meat with soy bean paste was overly salty. Eat the braised minced meat sparingly with a good portion of noodles. It will be more well-balanced. However, I would recommend to avoid ordering this noodles. I was quite disappointed that they do not serve pianerchuan in Shanghai. (Food rating: 2.5/5) 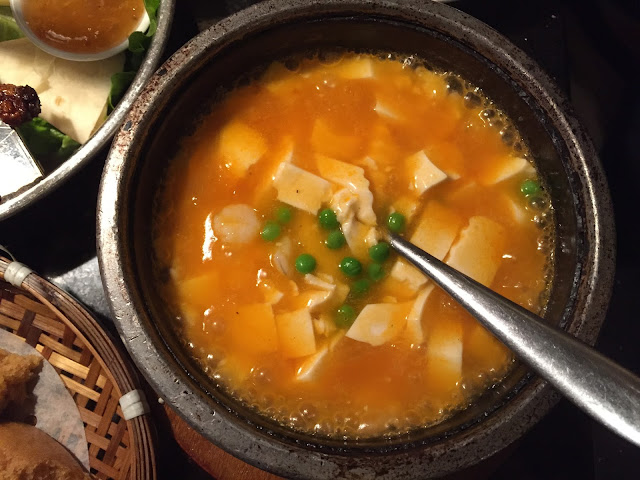 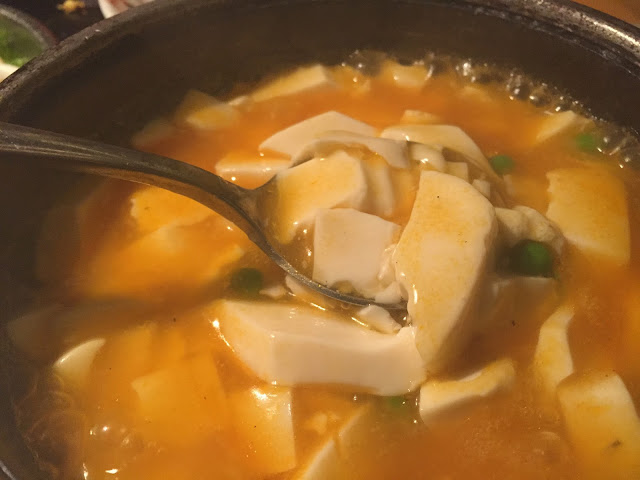