May 02, 2015
There are a number of Chinese restaurant chains in Singapore. One of them is the Imperial Treasure group of restaurants.

Some of the restaurants under the group include:

Though I have eaten at Imperial Treasure Nanbei Restaurant, the restaurant never fails to surprise me with their consistent and ambrosial feast.

One setback about the restaurant was the service. As the restaurant was quite tightly space and each table was surrounded with high walls, it could be quite challenging to grab the servers' attention. Furthermore, each service staff has its own. One serves the food, one takes the order and one carries food out from the kitchen. If so, it will at times take some time to get either my order or the bill.

We ordered so many food that the tourists at the next table thought that it was a buffet meal. They were surprised that I ordered so much food. 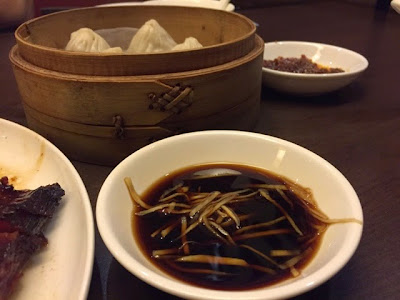 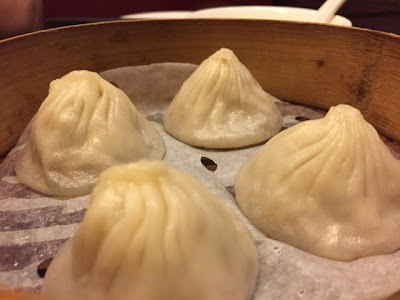 Steamed Pork Dumplings (小笼包), priced at $5.20, served 6 pcs of soup dumplings. The skin was very thin and it broke very easily. When we picked the dumpling off the dim sum container, it broke, leaking the precious soup. Despite this, the dumplings were delicious with fresh meat and delicious skin. The combination was superb! (Food rating: 4/5) 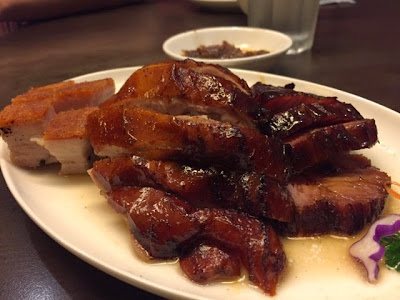 Three BBQ items - Crackling Pork Belly 脆皮烧肉, Roasted Duck meat 烧鸭  and BBQ Pork 叉烧 (烧味三拼) was priced at SGD24. The crackling pork belly was phenomenally divine. The crispy skin gave that crackling sound when you chew on it and the meat was succulent. The roasted duck meat was juicy and flavoursome. More importantly, it did not have that bitter aftertaste. The BBQ Pork or Char Siu Pork was heavenly. The lightly charred corners of the meat gave that extra punch to the sweet BBQ meat. (Food rating: 4/5) 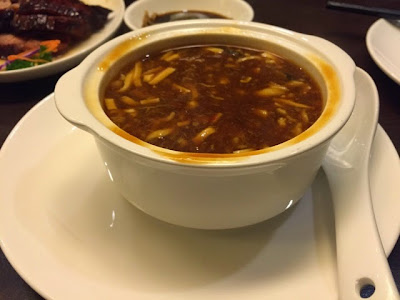 Hot & Sour Soup (四川酸辣汤), priced at SGD9, was a little interesting. Perhaps I chose the plain Hot & Sour Soup so it did not taste as great as I thought it would be. The ingredients were generous. (Food rating: 2.5/5) 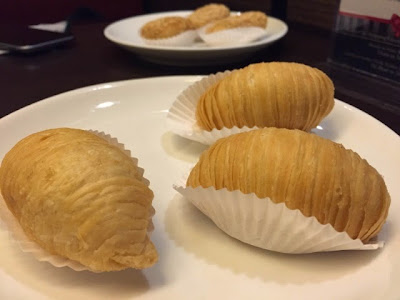 Carrot Pastry (萝卜丝酥饼), priced at SGD4.20, was savoury and it would be best if you eat it while it 's hot. It is interesting to have white carrots/ radish in pastry. (Food rating: 3/5) 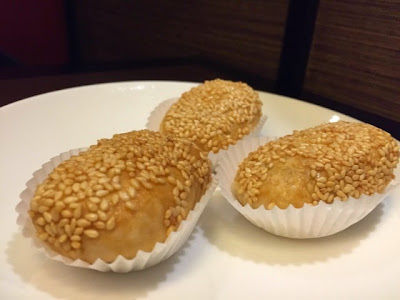 Crispy Red Bean Pastry with Sesame (芝麻豆沙酥), priced at SGD4.50, was delicious. Perhaps I have a sweet tooth. I preferred the red bean pastry to the carrot pastry. The sesame seeds on the pastry was fragrant and the red bean paste was just nice in terms of sweetness and texture. 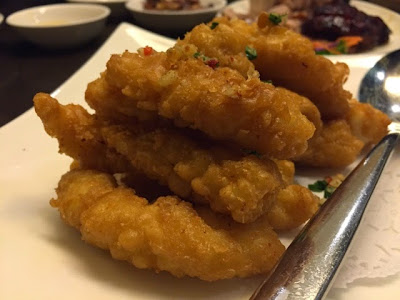 Salt & Pepper Squid (椒盐鲜鱿), priced at SGD14, is my favourite among the food on the table. 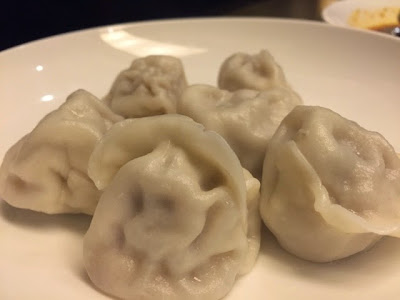 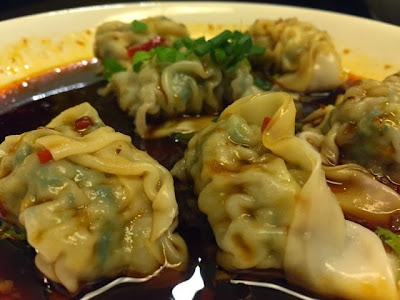 Wonton Dumpling stuffed with Pork & Vegetables in Chilli Sauce (红油抄手), priced at SGD6.60, is another favourite of mine. The mixture of rice vinegar, chilli oil, garlic and sugar was drizzled with the pork and chives wantons. Thinking of them makes me craving for more. 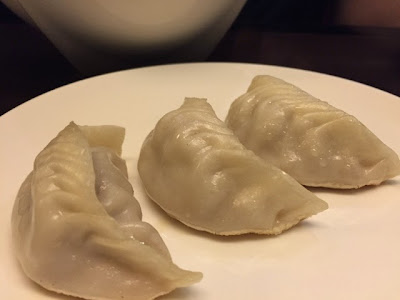 Pan-fried Pork Dumplings (鲜肉锅贴), priced at SGD4.20, was equally chewy and the fillings were moist and juicy. Best dip with ginger strips and rice vinegar. 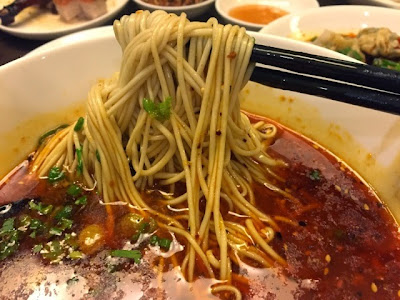 Dandan Noodles (四川担担拉面), priced at SGD7.50, was marvellous. The noodles were perfect. Its texture was mind blowing and the sauce was delicious. 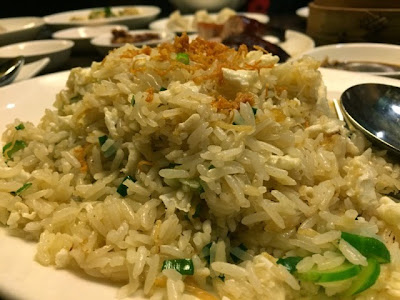 Crabmeat with egg-white fried rice (蟹肉尧柱蛋白炒饭), priced at SGD20, had a nice wok fragrance. The texture was fantastic. The rice were chewy and the egg mixture was very well distributed. This was one of the best fried rice I have ever eaten.

Besides all the food evaluated above, we have also tried other foods from the same restaurant such as: