May 20, 2015
You may have eaten Japanese sushi on conveyor belts. But, have you tried dining at a Japanese restaurant with a "Shinkansen Bullet Train" or "Formula One car" travelling on a track above the main conveyor belt?

My friend brought me to Genki Sushi Restaurant, where it adopts not only fast food delivery, fresh management and integrated ordering system. I was fascinated when my food was delivered by the cute "Shinkansen bullet train" or "Formula One car". This unique delivery was not only a refreshing concept; it also ensured the freshest sushi is served on the conveyor belt. Each train or car carried four plates of food. When our food was served, the train/car will travel fast, slow down upon reaching my table and give out an alert to announce that the food has arrived. Once I unloaded the food, I will press a button to return the train/car back to the kitchen for the next order.

What impressed me was how the food was served when ordered. Unlike other Japanese restaurants that put the food on a conveyor belt and diners will pick up the plate they want to eat, I felt that I am assured the freshest and tastiest food.

We spent SGD50 and we had a good and fun experience. 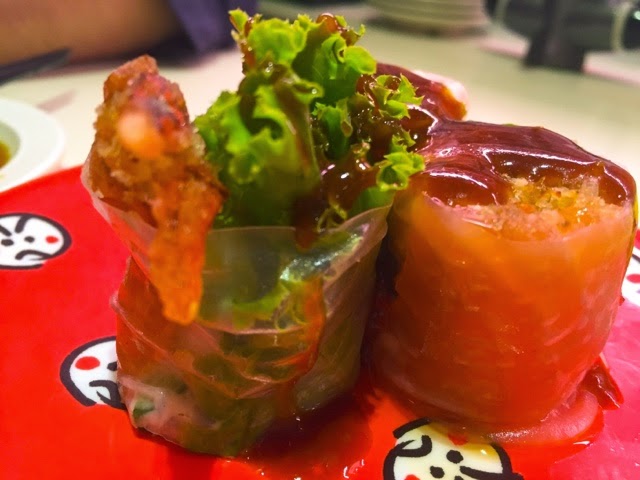 I felt that this was an interesting fusion sushi. The soft shell crab wrap was a blend of Japanese and Vietnamese cuisine. The soft shell crab and lettuce was wrapped with Vietnamese rice paper wrappers. It was then drizzled with the aromatic sesame sauce. It was a refreshing idea and the sushi was delicious. (Food rating: 3/5) 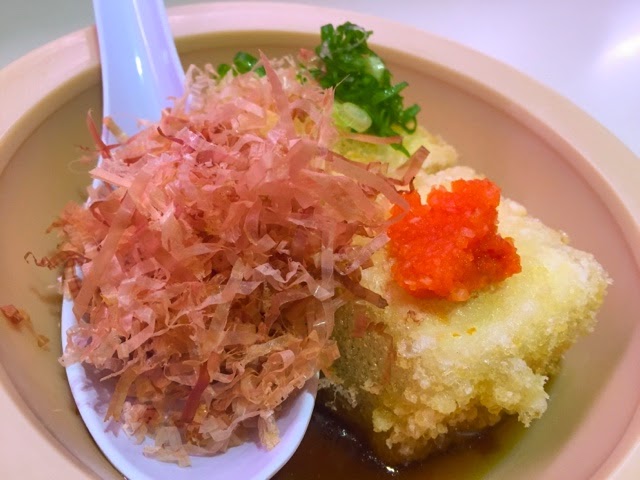 Agedashi Tofu tasted normal. Instead of serving hot tofu, we were served with lukewarm tofu. The sweet tentsuyu broth which was made of dashi, mirin and soy sauce was light and flavourful. (Food rating: 2.5/5) 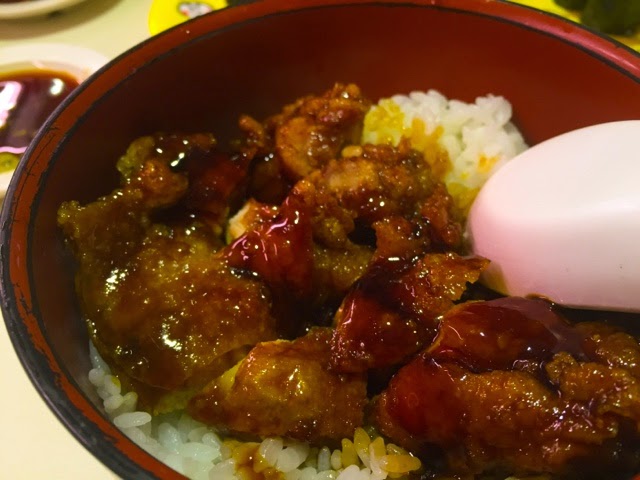 Chicken Teriyaki Don was surprisingly delicious. The steamed rice was chewy and grainy. The chicken meat was tender and succulent and the sweet teriyaki sauce was just nice. With this combination, this rice dish was appetising and I enjoyed immensely. (Food rating: 3/5) 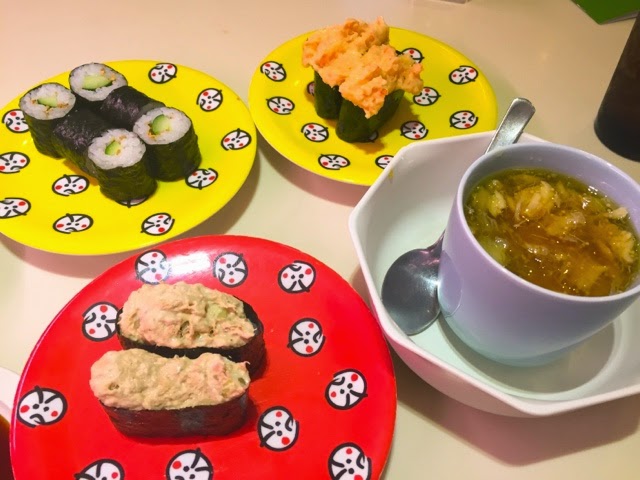 [Clockwise direction]
(1) Kappa Maki (cucumber sushi), though it looked simple, was very fragrant. Besides the chewy white rice, the sushi was drizzled with white sesame seeds, which added to the fragrance. The crispy seaweed evidently proved that the food was freshly prepared upon order request. It was so fragrant that we ordered two plates. (Food rating: 3/5) 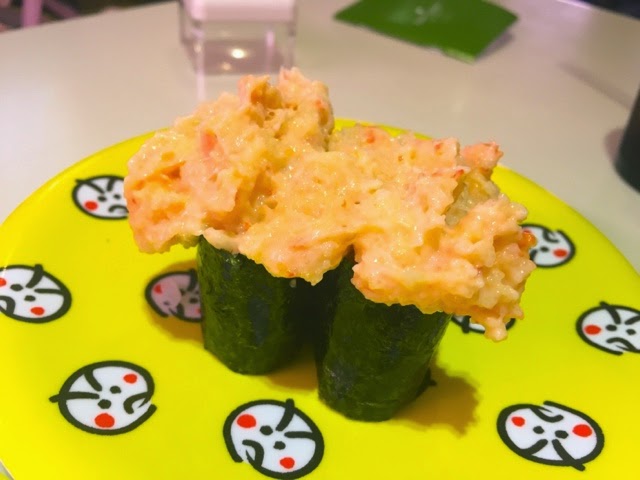 The Lobster Salad was served with chunks of meat mixed with mayo and wasabi. Because of the mixture, I could not confirm if it was really lobster meat. The texture of the meat tasted real, definitely not the texture of the crab stick. The seaweed wrapped around the rice and lobster mix was crispy. It was delicious that we ordered two servings of the sushi. (Food rating: 3/5) 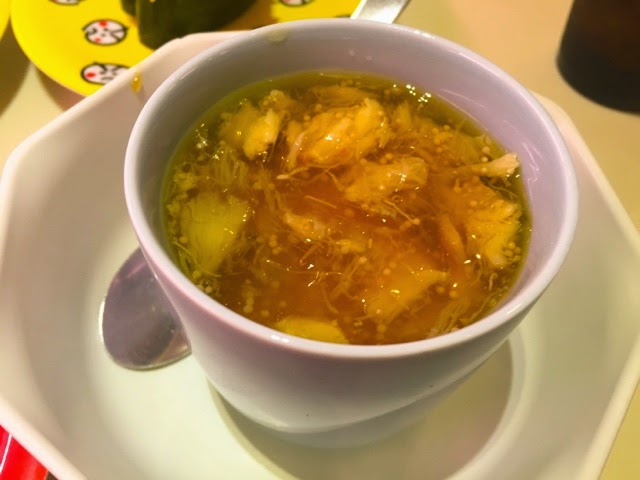 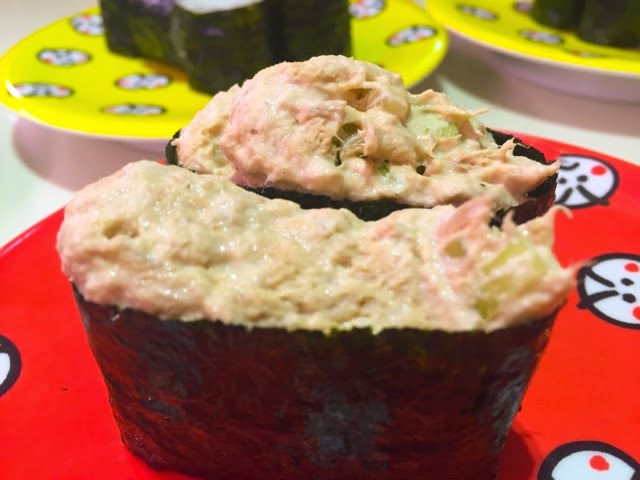 Finally, the Tuna Salad was normal. Though the sushi was freshly prepared, the tuna mix had a generous portion of minced onions, which I did not really enjoy. (Food rating: 2.5/5) 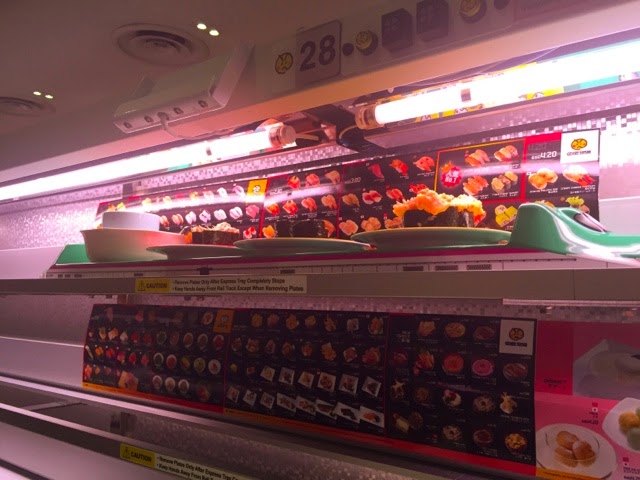 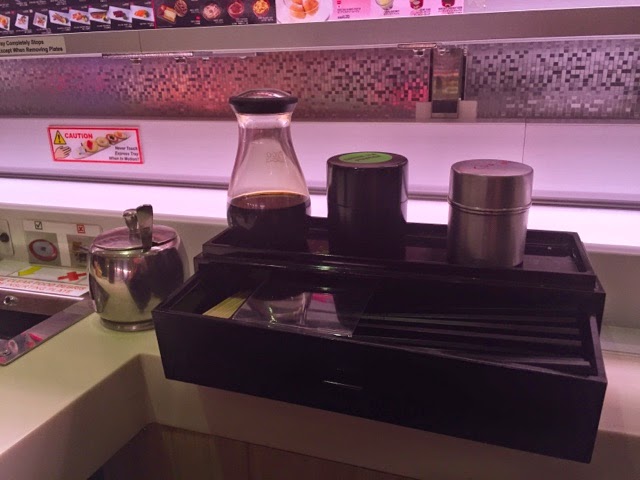 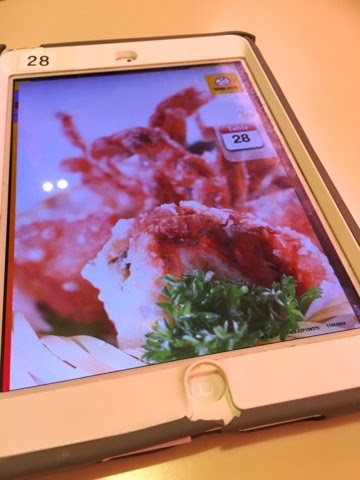 We ordered using the iPad which integrated with the kitchen.