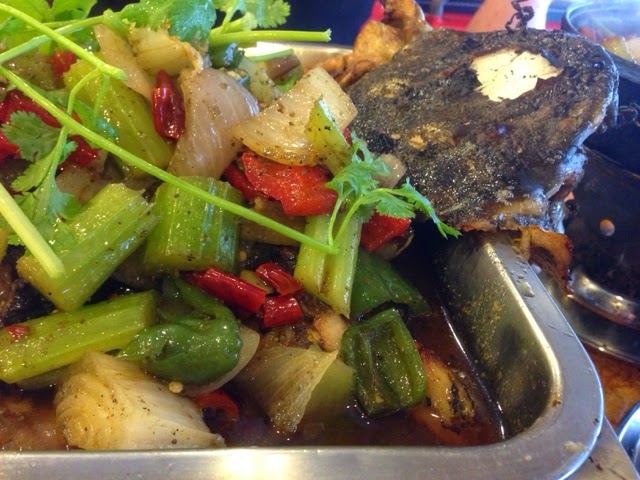 Today, we went to a new food outlet - 重庆鸡公煲山城烤鱼 along the same food street, at the junction of Guizhou Road and Tianjin Road. This food outlet is just behind the Nanjing East Pedestrian Street. It was 重庆烤鱼 - grilled fish.

We ordered a 鲶鱼 or catfish. It was highly recommended by the staff and suggested cooking it with mala sauce, indicating that it is their specialty. Then we ordered two other dishes - claypot chicken and claypot mutton. 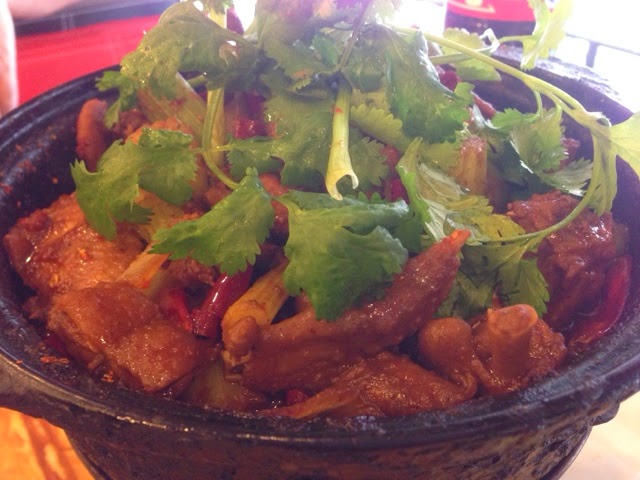 The claypot chicken was absolutely delicious. It tasted like home as if my mother had cooked a similar dish before. There was a generous serving of celery in every dish. As the chicken was very tender and the sauce was exceptionally mouthwatering. Adding the sauce Ing the bowl of steamed rice was a great choice as it was very flavourful. The celery after simmering, was soft and full of flavour. You must definitely order this dish. (Food rating: 4/5) 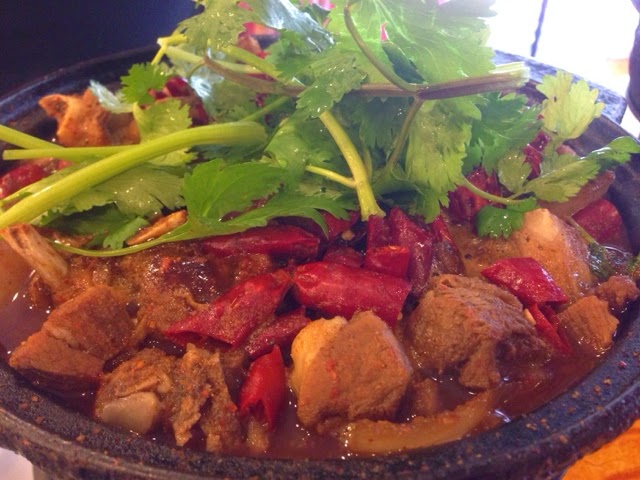 For the mutton claypot, it was delicious too but it lost to the chicken claypot. The mutton chucks had more bones than meat and it was a challenge to eat with chopsticks. As for the taste, the mutton taste may be overbearing that it was as tasty as the claypot chicken. (Food rating: 2.5/5)

Soon, the grilled catfish in mala sauce (麻辣烤鱼) was served. It was a huge portion that is best eaten with two other persons. The fish meat was very freshly prepared. The meat was soft and tender. There was a lot of collagen in every part of the meat. It was the first time we had catfish and it was interesting. The grilled fish was very fragrant and the highly charred meat added the fragrance. If it weren't the fact that we ordered too much food, we could have finished the food more easily. Sadly, we were half full when the dish was served (Food rating: 4/5) 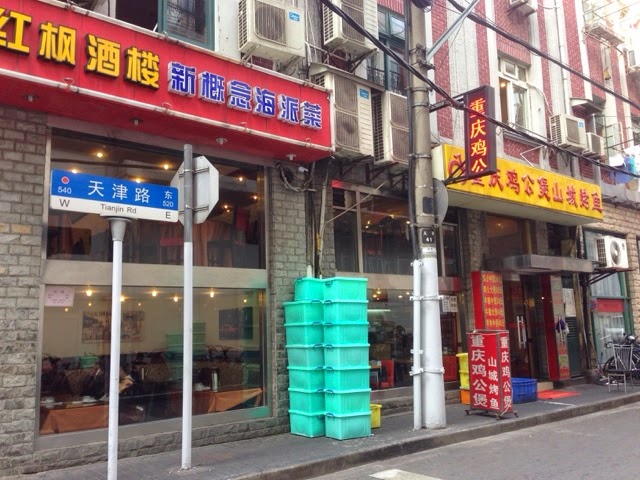