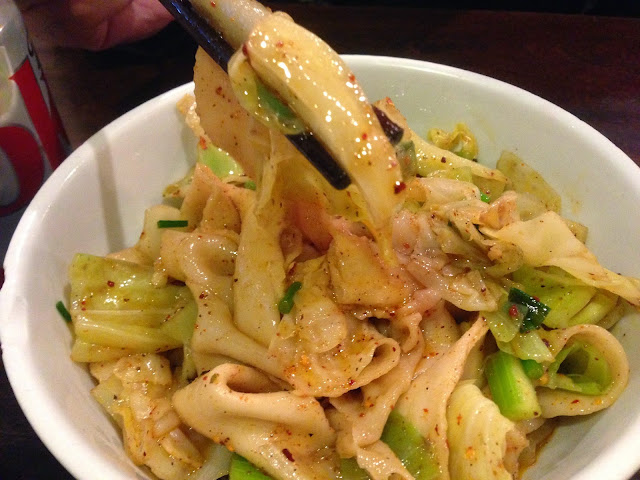 If you miss or love Xi'an food, why not try Biang!? The name of Biang was derived from the sound of the noodle dough slammed onto the workspace.

Originated from Xi'an Famous Foods located at the basement in the Golden Shopping Mall in Flushing, Queens. Established in late 2005, Xi'an Famous Foods' first restaurant brought the little-known Xi'an cuisine to the United States, proffering signature hand-pulled noodles, burgers, and so on. This family-owned business had since expanded to three locations in Manhattan, Queens and Brooklyn.

We ordered two noodles dishes and a serving of dumplings, which cost us USD30. 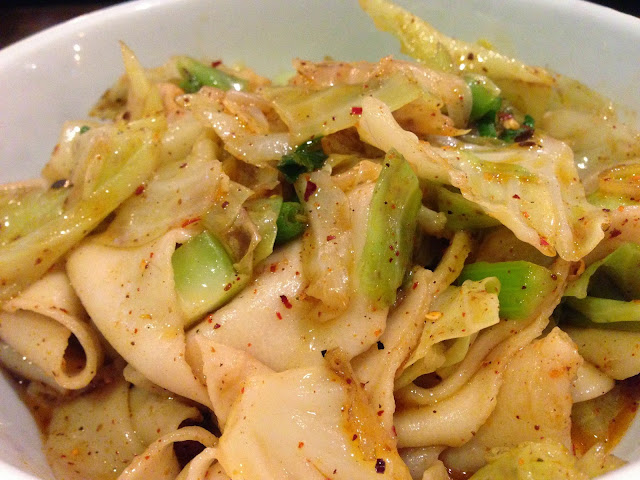 At USD7, you could get a bowl of hot oil-seared Biang-Biang Noodles (油泼辣子面). This dish was made from wide hand-pulled noodles, then topped with red chilli powder and scallions and finally, seared wit hot vegetable oil. This noodles reminded me of Jin De Lai's noodles in chilli oil. At Biang!, this noodles were more sour than Jin De Lai. The noodles were chewy just the way I loved it and the texture was similar to JIn De Lai's. (Food rating: 3.5/5) 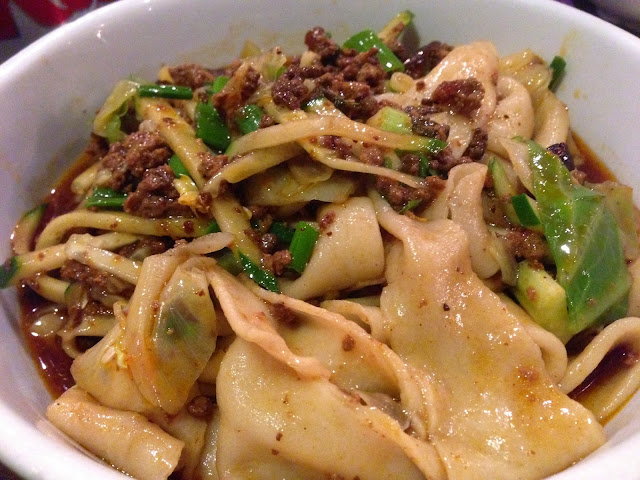 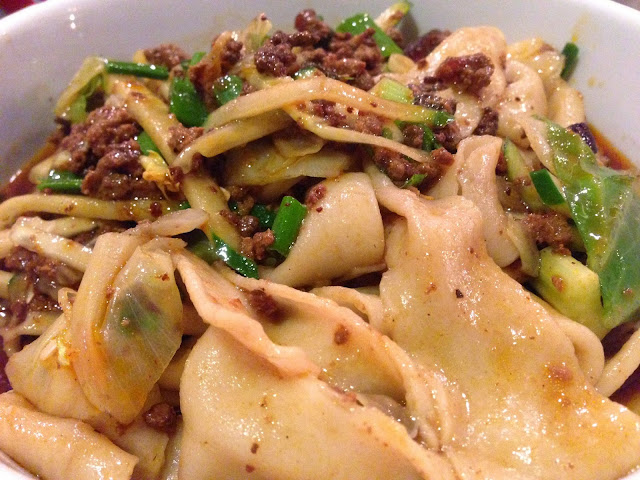 If spicy is not your thing, how about having the Pork Zha Jiang Biang Biang Noodles (炸酱Biang面)? Priced at USD7, the wide hand-pulled noodles were topped with the pork meat sauce cooked with sweet soy paste. The sauce was delicious with soft tender minced meat. The crunchy cucumber strips were generous. The flat noodles were chewy, just like Jin De Lai. Once again, the noodles dish reminded me to Jin De Lai. (Food rating: 3.5/5) 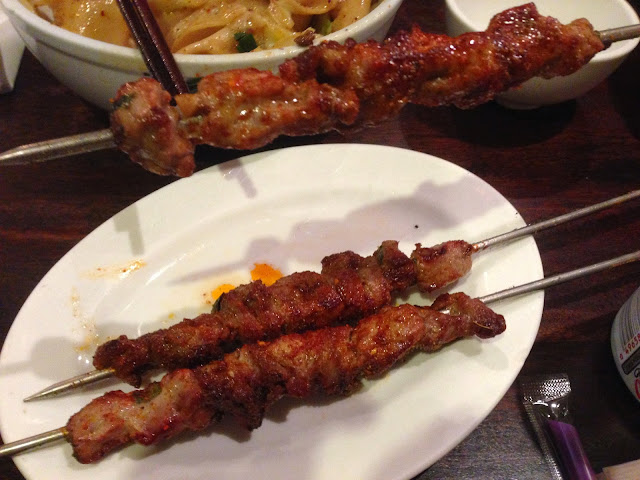 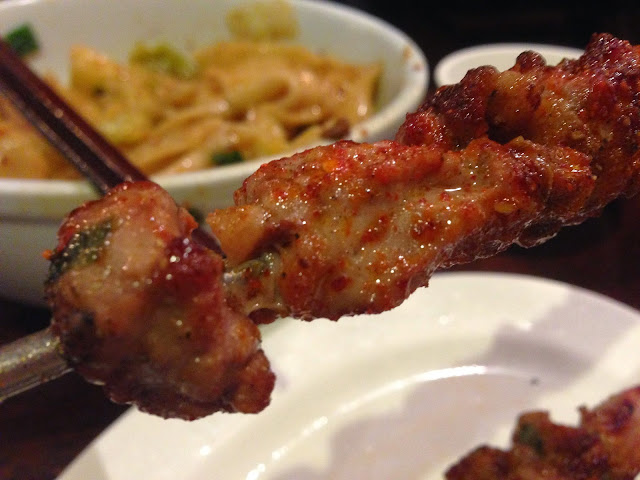 The Spicy Cumin Beef Skewers (孜然牛肉串) was one of the most memorable beef skewers that I have ever eaten in New York City. The last time I was mesmerised by the skewered meat was at Yelixiali in Shanghai. At Biang, the beef chunks were perfectly cooked like medium done. I enjoyed eating the tender and juicy meat topped with aromatic spices. The chilli powder, cumin powder and their proprietary spices made the skewered meat tasted so divine. The three beef skewers cost USD4.50. It was absolutely worth it and I regretted for not ordering more. (Food rating: 5/5) 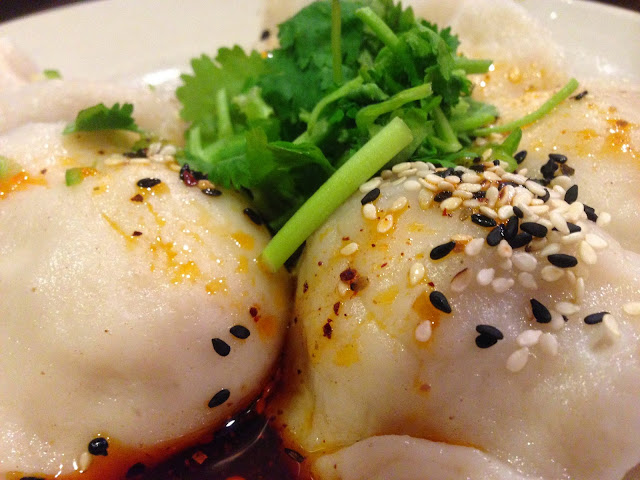 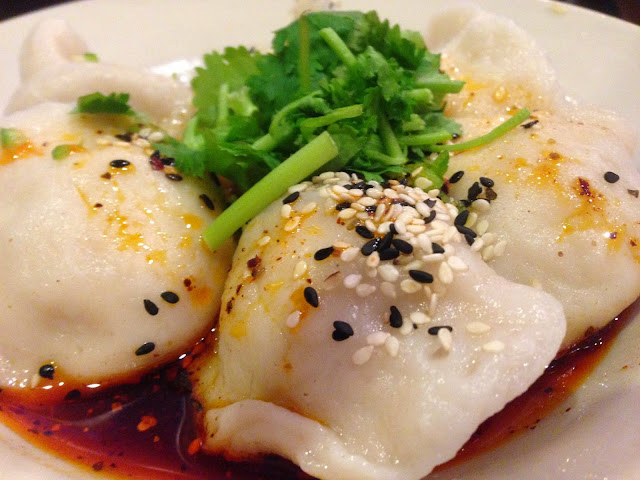 How about having boiled dumplings with lamb meat served in a spicy sour sauce? The spicy and sour lamb dumplings (酸辣羊肉水饺) priced at USD6.50 was freshly prepared. The dumpling was very similar to a xiaolongbao or soup dumpling. The soup started oozing out after I took the first bite. The skin was slightly thicker than a xiaolongbao. But they were delicious. Each serving was six dumplings. As for the sauce, it was a little sour but not spicy at all. I rate the spicy level as 1/5. I wished that they could be spicier. (Food rating: 3.5/5) 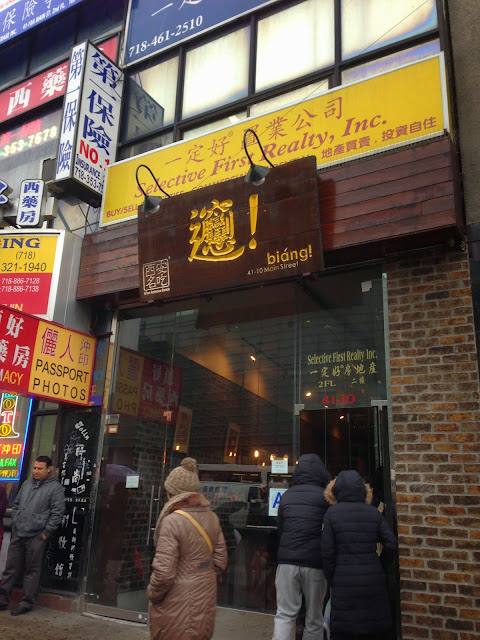 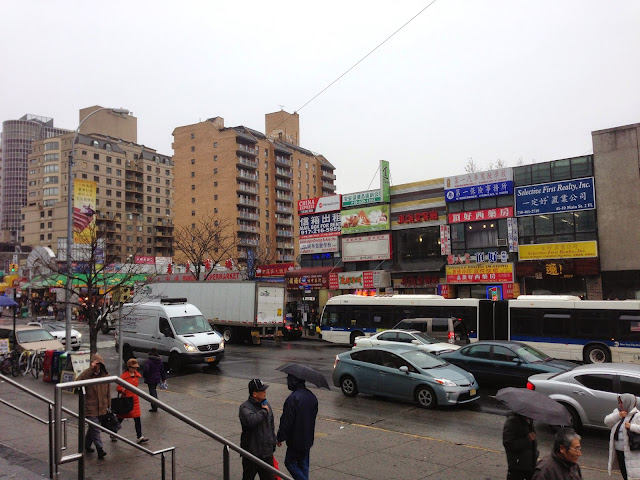 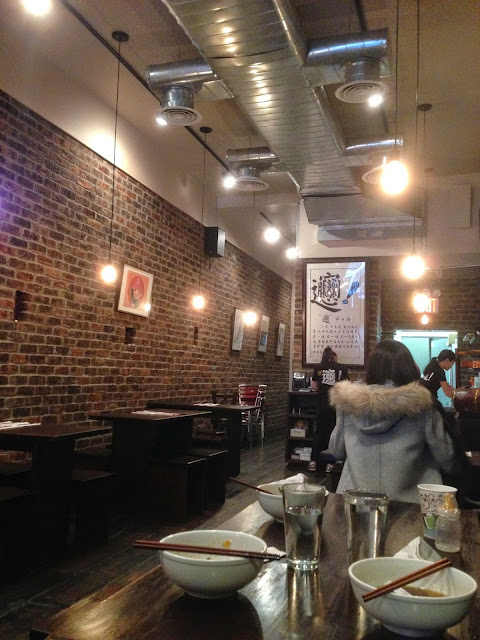