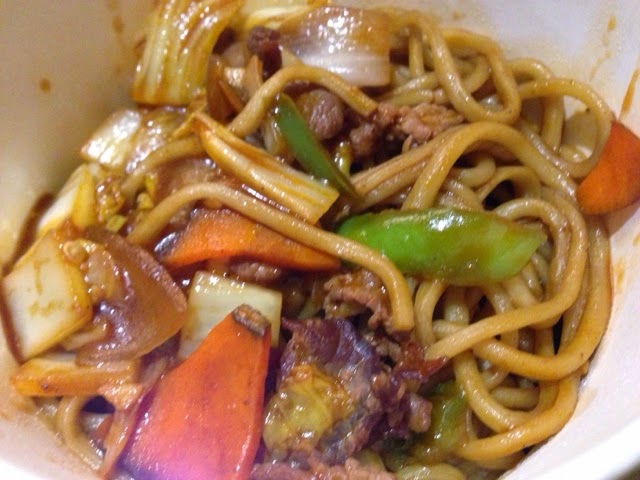 To end our day, we tried the Halal Restaurant location near our hotel. We walked along Wulin Road (武林路) towards the hotel. Whilst strolling along the street, we found more gems – more food outlets. We could not wait to try the other outlets. Near the hotel where we were staying, there was a Halal restaurant selling noodles and rice.
We have been observing the restaurant for the last couple of days and discovered that the restaurant was usually crowded during lunch time. It was 8pm by the time we arrived at the restaurant located along Hushu South Road (湖墅南路8-10号).

The two noodle dishes cost us about RMB98 (USD 20). The food was awesome but the portions were too large. Remember to share if you were to order the same dishes from 穆斯林美食兰州牛肉面. 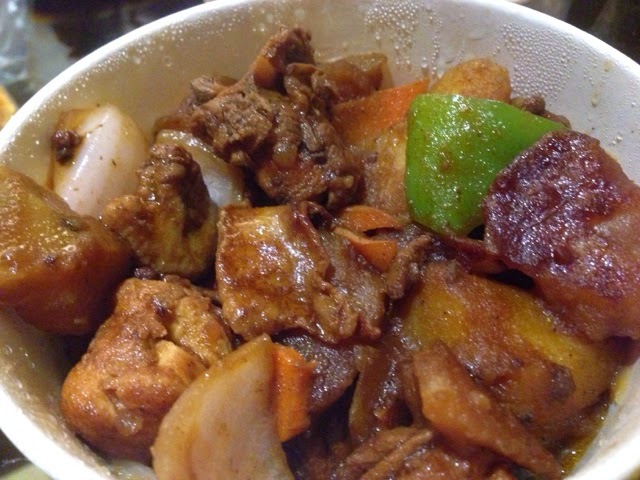 Cooked from scratch, I could see the chef peeled potatoes and cut fresh chicken and vegetables from the kitchen. When he started cooking, I could smell the fragrant spices that I started salivating. The preparation took at least 30mins before it was ready. Unlike Jin De Lai, this big plate chicken (大盘鸡) did not include noodles. It was like eating potatoes and chicken on its own. The pepperish and spicy sauce was awesome. I could not stop eating it. The dish was packed into four disposable containers and the portion was suitable to share with four persons. (Food rating: 4/5)

The beef noodles (牛肉炒拉面) was more bland, compared to the big plate chicken but the noodles were chewy - just the way I loved it. The vegetables such as carrots were very well cooked and the beef slices were tender. The portion was just nice for one person. If you are not into strong taste, this noodles will be recommended. My friend mixed the noodles into the Big Plate Chicken which he said was yummy!!