Oasis Taiwanese Porridge Restaurant has been in business for more than 38 years. It was previously located next to the National Indoor Stadium and opposite of the old National Stadium. Recently, it has relocated to Toa Payoh Town Park which is opposite of the HDB Hub and next to the Toa Payoh Swimming Complex.  The Taiwanese Porridge has been the mainstay of the restaurant where patrons, both young and old, enjoyed the sweet potato porridge.

We had a birthday celebration at Oasis Taiwanese Porridge. At lunch time, the restaurant was already crowded with people. Throngs of people scrolling into the restaurant for lunch. We ordered their popular chye poh (preserved radish) omelette and other dishes. At the side, we also ordered the longevity buns and noodles to celebrate the birthday. 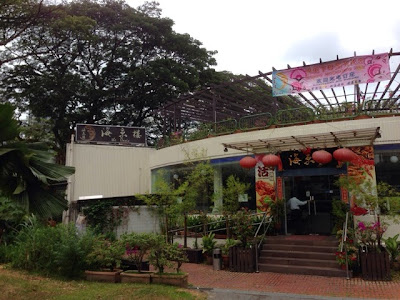 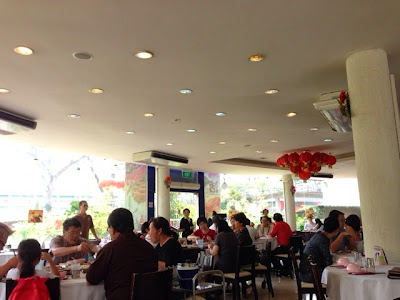 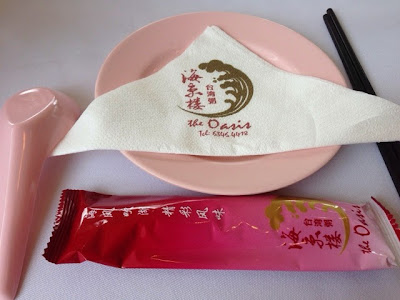 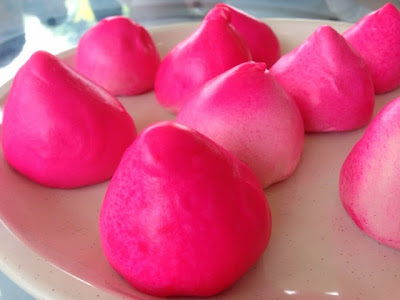 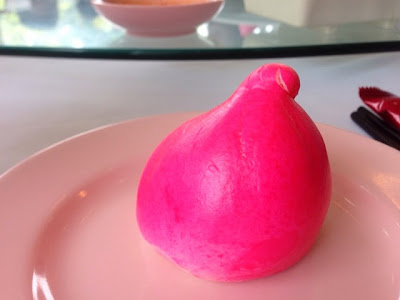 Peach Buns (寿包), which symbolises longevity and health, are usually served on Chinese birthday celebrations. The steamed buns usually have bean paste fillings and painted pink to represent peaches. The texture of the bun was great and the outer layer of the bun was lightly sweet. (Food rating: 3/5) 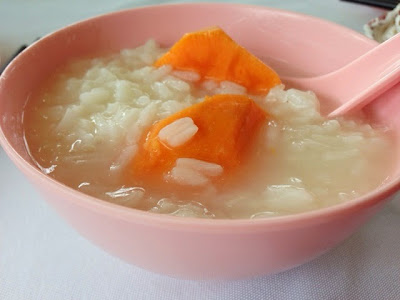 I could taste the sweetness of the sweet potato in the porridge. The Sweet Potato Porridge (番薯粥) was light and yet delicious. The sweet potato cubes were sweet. The mouthwatering white rice grains were boiled to perfection. It was neither gluey or starchy. (Food rating: 3/5) 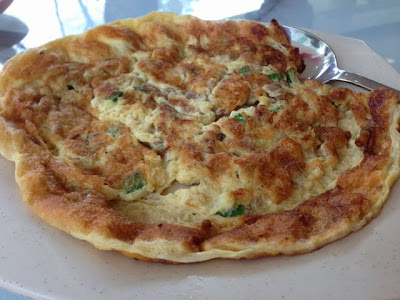 The Chye Poh Omelette (菜脯蛋), which was one of the restaurant's popular dishes, was the two highlights of my day. The fluffy omelette with generous portions of preserved white radish bits or chye poh (菜脯) was absolutely divine. The crunchy chye poh spread evenly in the egg mixture. The golden brown omelette had the typical smell of wok's heat that made it even more fragrant. Reminiscing it makes me salivate again. (Food rating: 4/5) 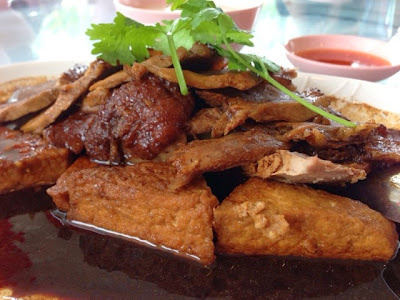 The second highlight was the Braised Duck meat with Beancurd (卤鸭豆干). I could not adequately describe how scrumptious this dish was. The tau kua or firm beancurd was well soaked into the savoury brown sauce. The duck meat was tasty too. Both the beancurd and duck meat were more delicious when eaten with the sweet potato porridge. The sweet light porridge somehow brought out the essence of the sauce. (Food rating: 4/5) 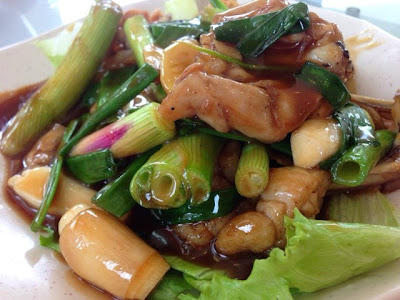 Frog legs cooked with Spring Onions (田鸡姜葱) was surprisingly delicious. The tender white meat was juicy. The sauce was great with the porridge too. Kids loved it too. (Food rating: 2.5/5) 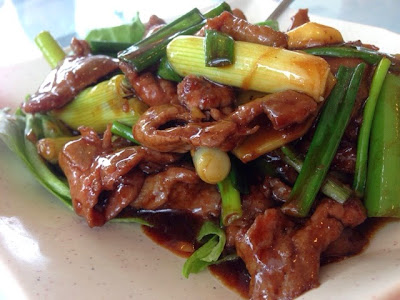 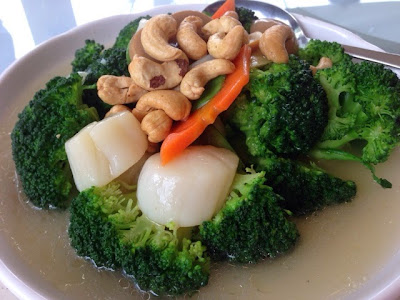 Hmm... what should I say about the Broccoli with Scallops (西兰花带子)? I liked the scallops as it was sweet. However, I would prefer it was lightly pan fried to seal the sweetness of the seafood. Fresh vegetables were nicely blanched. Apart from all these, the food was merely normal. (Food rating: 2.5/5) 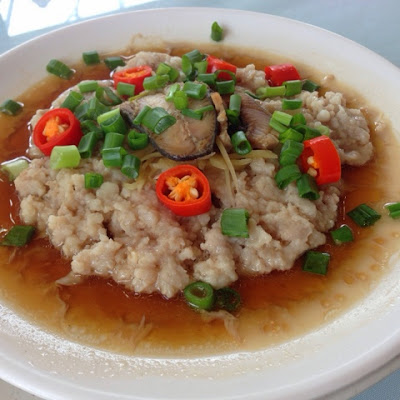 After my first taste of steamed minced pork pudding at Paradise Inn, I wanted to eat it again. So, we ordered a Salted Fish Minced Pork (咸鱼肉饼). Instead of using salted fish bits, they used a slice of salted fish and garnished the meat pudding with spring onions, red chilli and ginger. The portion was a little small but the taste was wonderful. The minced meat was tender and juicy. However, if I were to compare between Oasis and Paradise Inn, I prefer the latter. Somehow the meat pudding tasted better. Nevertheless, this meat pudding at Oasis was rather good enough. (Food rating: 3/5) 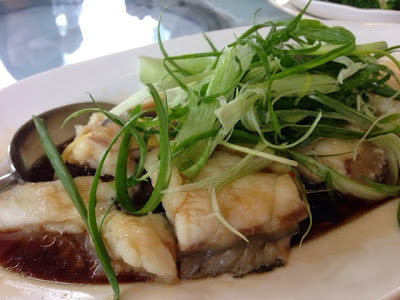 Giant Garoupa with Black Fungus (银耳蒸 龙趸片) was a disappointment. Highly recommended by their staff, we took her advice and made the order. When the fish dish was served, the meat was indeed huge but the meat was tough. It was either the chef overcooked the fish or the big fish had tougher meat originally. The only redeeming quality of the dish was the sauce which was light and savoury. (Food rating: 2/5)
$ duck fish HDB Hub Toa Payoh MRT: Toa Payoh pork porridge scallops seafood Singapore Taiwanese Toa Payoh Town Park
Location: 303 Toa Payoh Lorong 6, Toa Payoh Town Park, Singapore 319393