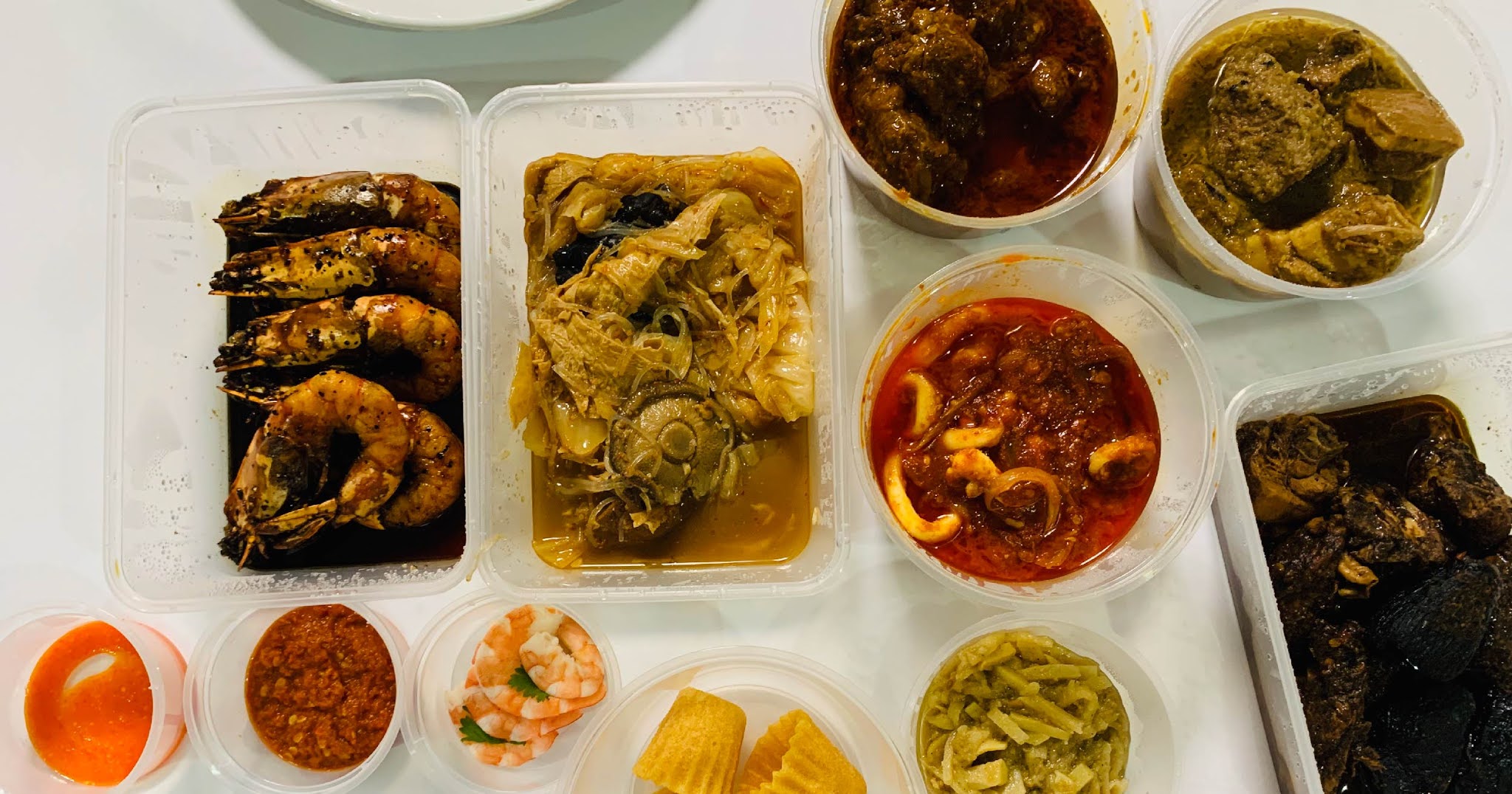 The Blue Ginger, launched in 1995, has 25 years of culinary history. The restaurant, located in a charming, 3-storey shophouse at Tanjong Pagar Road, made its name into the Michelin Bib Gournmand List.
After a superb gastronomical experience from Candlenut, we decided to order a takeout from Blue Ginger.
The food was prepared from the Great World City outlet, which was launched in 2020. I must say that I was very disappointed with its food quality. 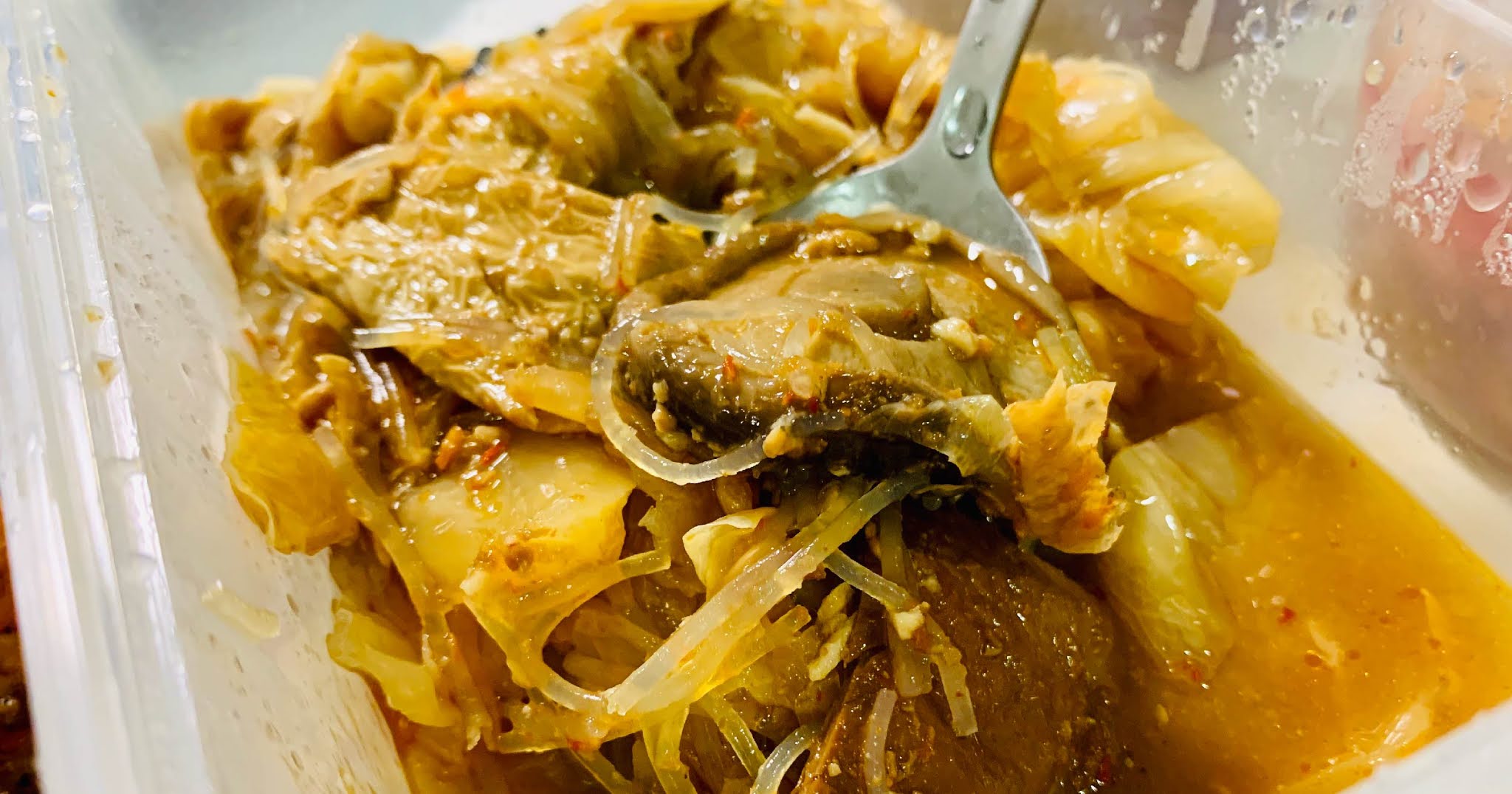 Chap Chye Masak Titek is a mixed vegetable dish, specially prepared in a tasty prawn stock. Chap Chye is a comforting Fujian and Peranakan dish usually made before the Chinese New Year meant to be a colourful family sharing vegetable dish. This dish contains the fermented soya bean paste. The Chap Chye Masak Titek, to be frank, was very ordinary. The cabbage were very soft and very easy to eat. (Food rating: 2.5/5) 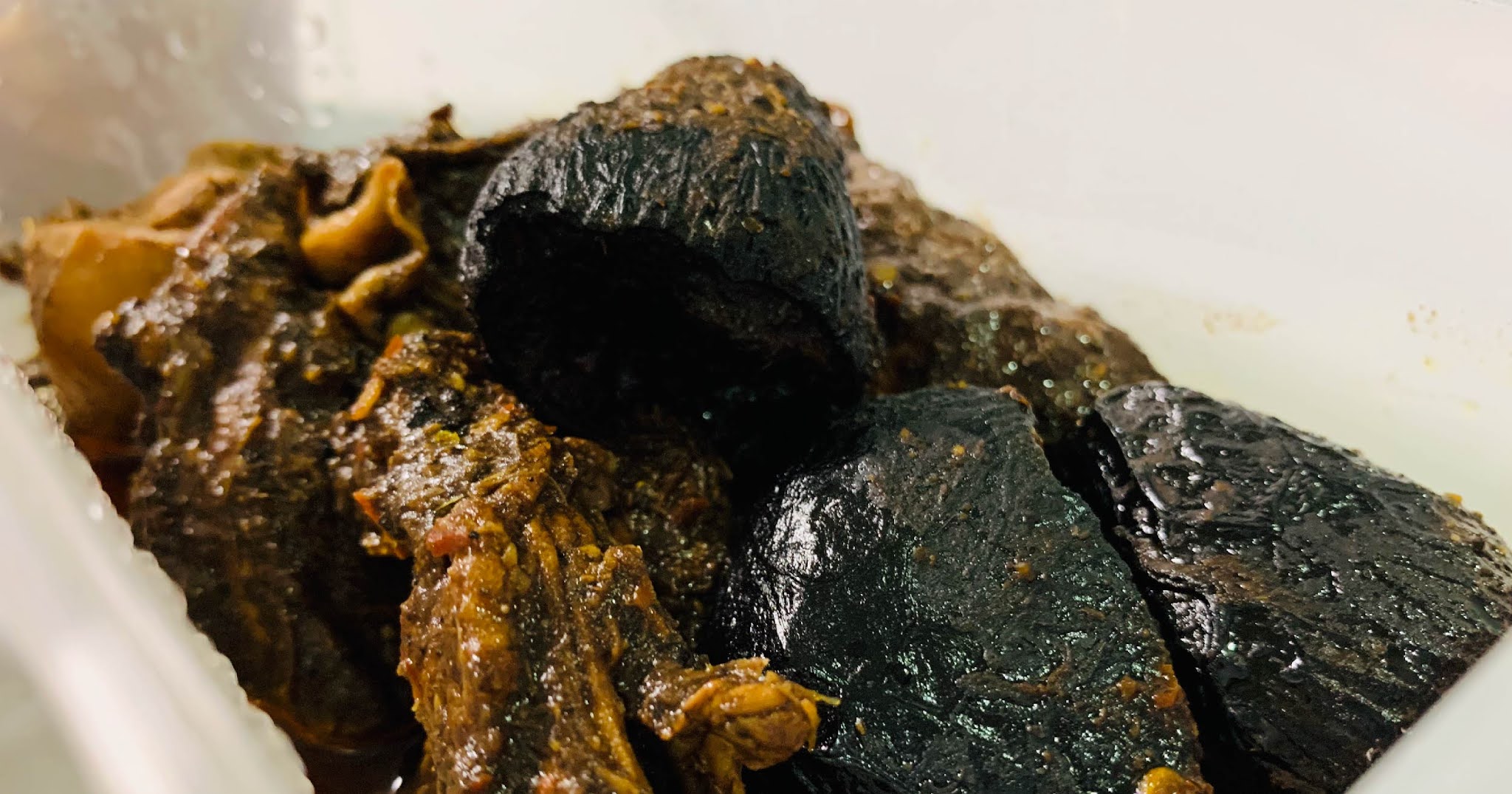 The Ayam Buah Keluak is a traditional Pernankan dish consists of chicken, tumeric, galangal, lemongrass and buah keluak nuts. The meat from seeds or buah Keluak was removed, blended into an inky paste before stuffing the filling back into the nuts. The chicken meat was tough. The buah keluak gravy lacked the edge. It seems that this dish was prepared to suit the general public. (Food rating: 2/5) 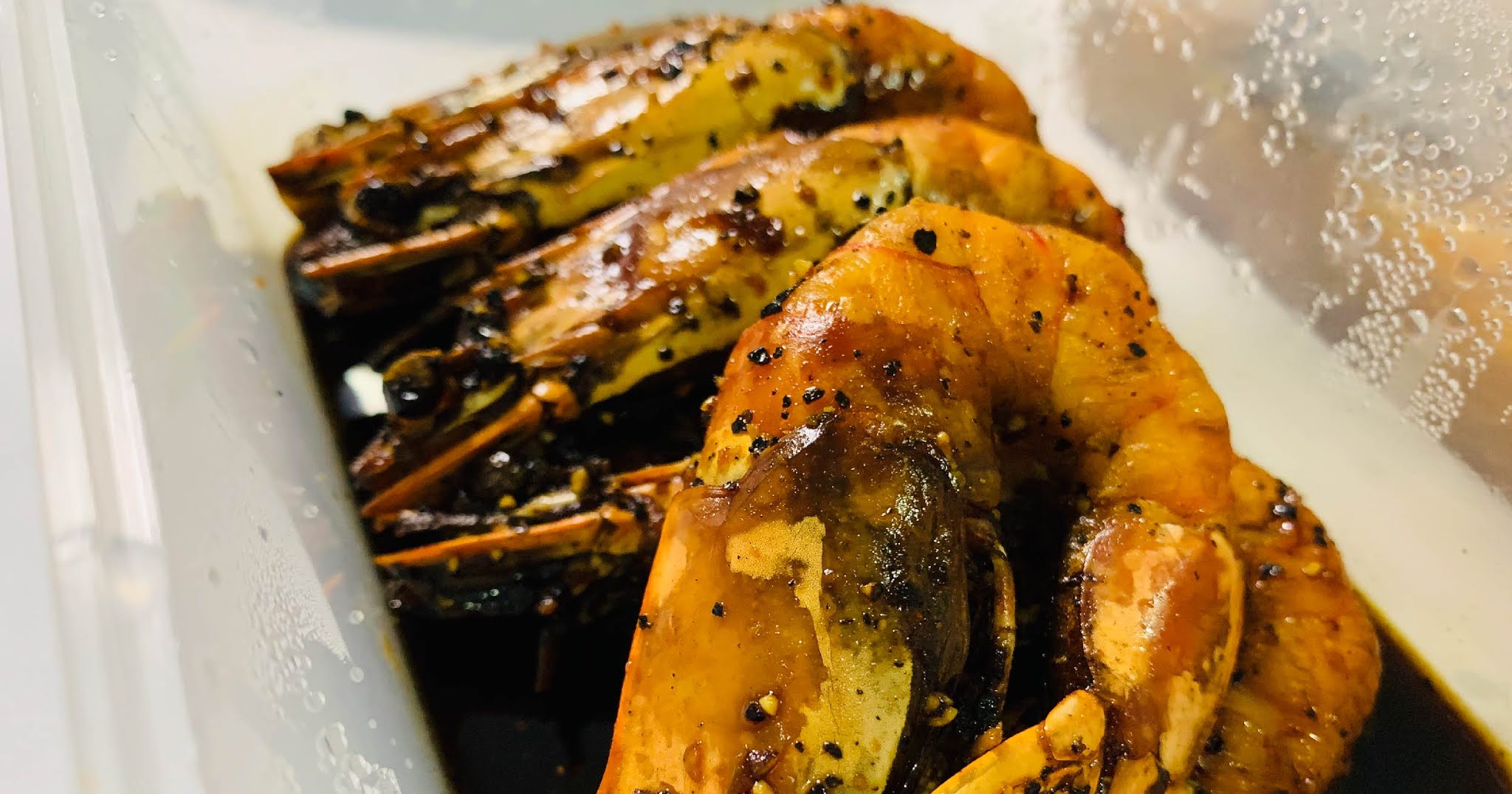 The Udang Goreng Tauyu Lada consists of sauteed prawns with pepper in sweet dark soya sauce. The sauce was nice and sweet. However, the main ingredient of this dish - prawns - were not fresh. The prawns were dry and tough and they had a chalky or mushy texture which were signs of bad prawns. (Food rating: 1/5) 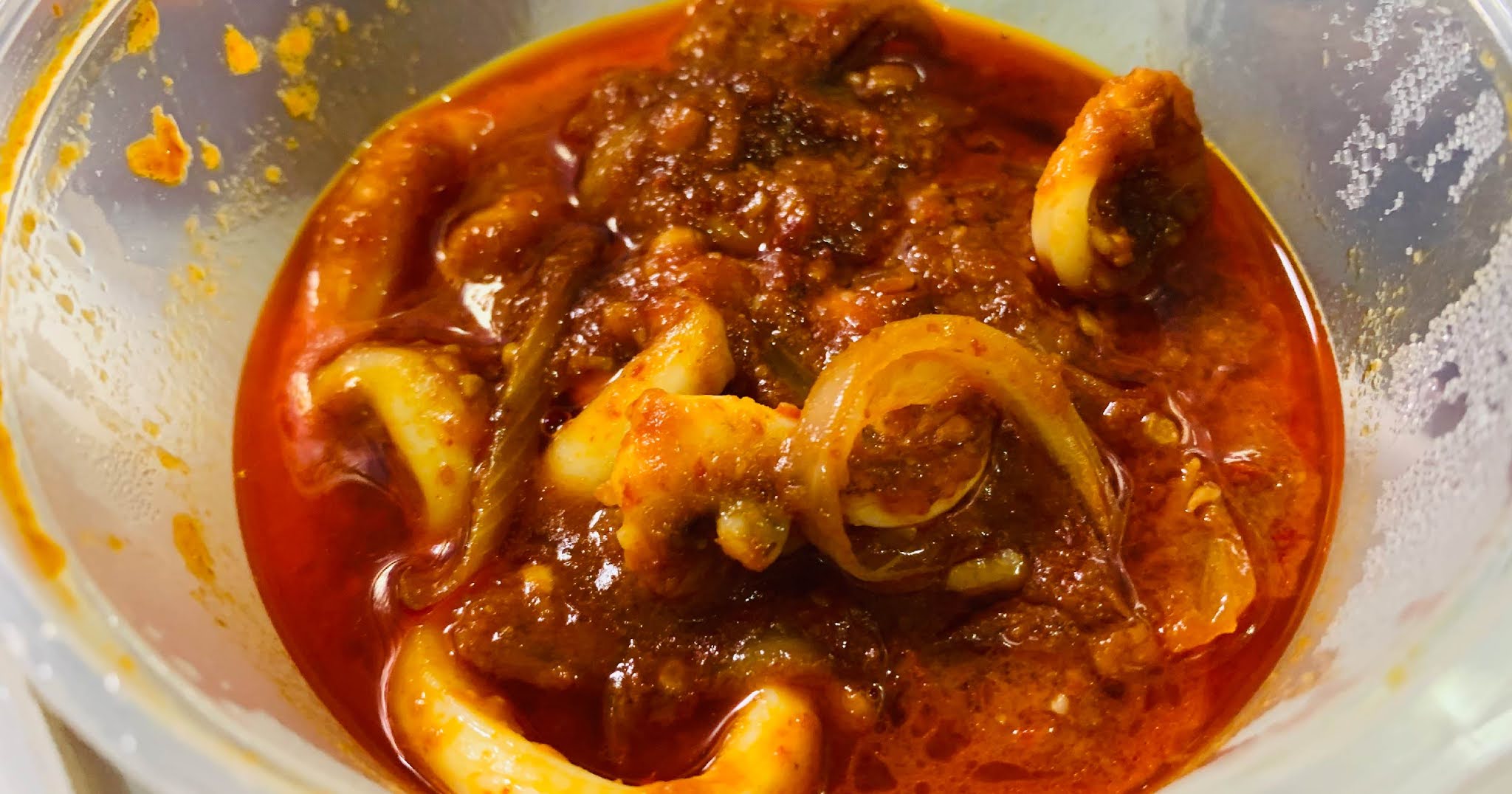 The Sambal Sotong. Squid stir-fried in a hot and spicy paste. Well, this was the second dish apart from the Beef Rendang which tasted better than the rest. Spicy? No. The spiciness was calibrated to suit the general public. Edge? So-so. Sotong texture? A bit tough. (Food rating: 2.5/5) 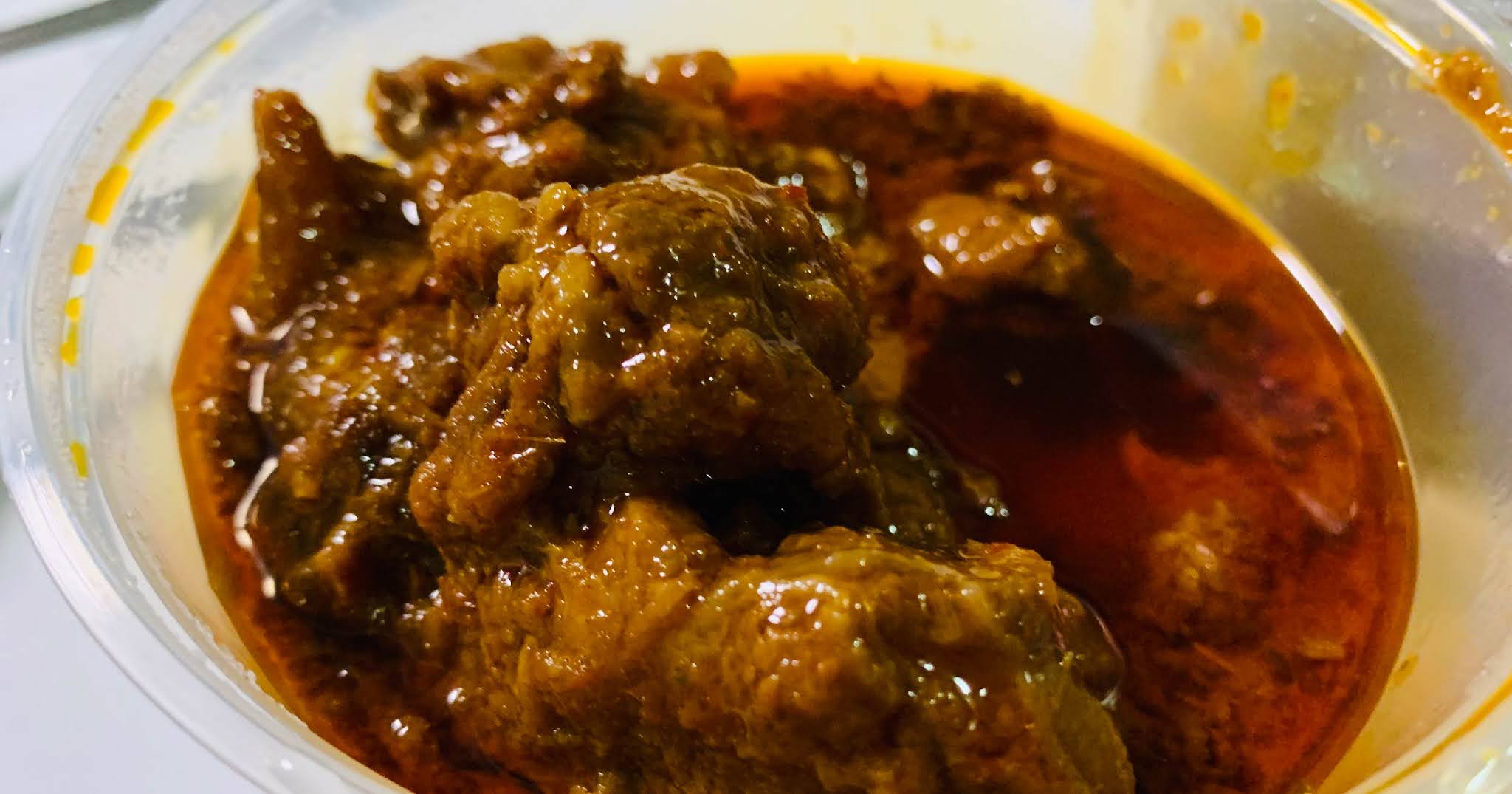 The Beef Rendang was one of the better dishes I had from Blue Ginger. The dish consist of tender beef cubes prepared in rich coconut milk spiced with ginger, lemongrass, lime leaves and a dash of curry powder. To be frank, I had better ones from Candlenut. Otherwise, it is just or-di-nary. (Food rating: 2.5/5) 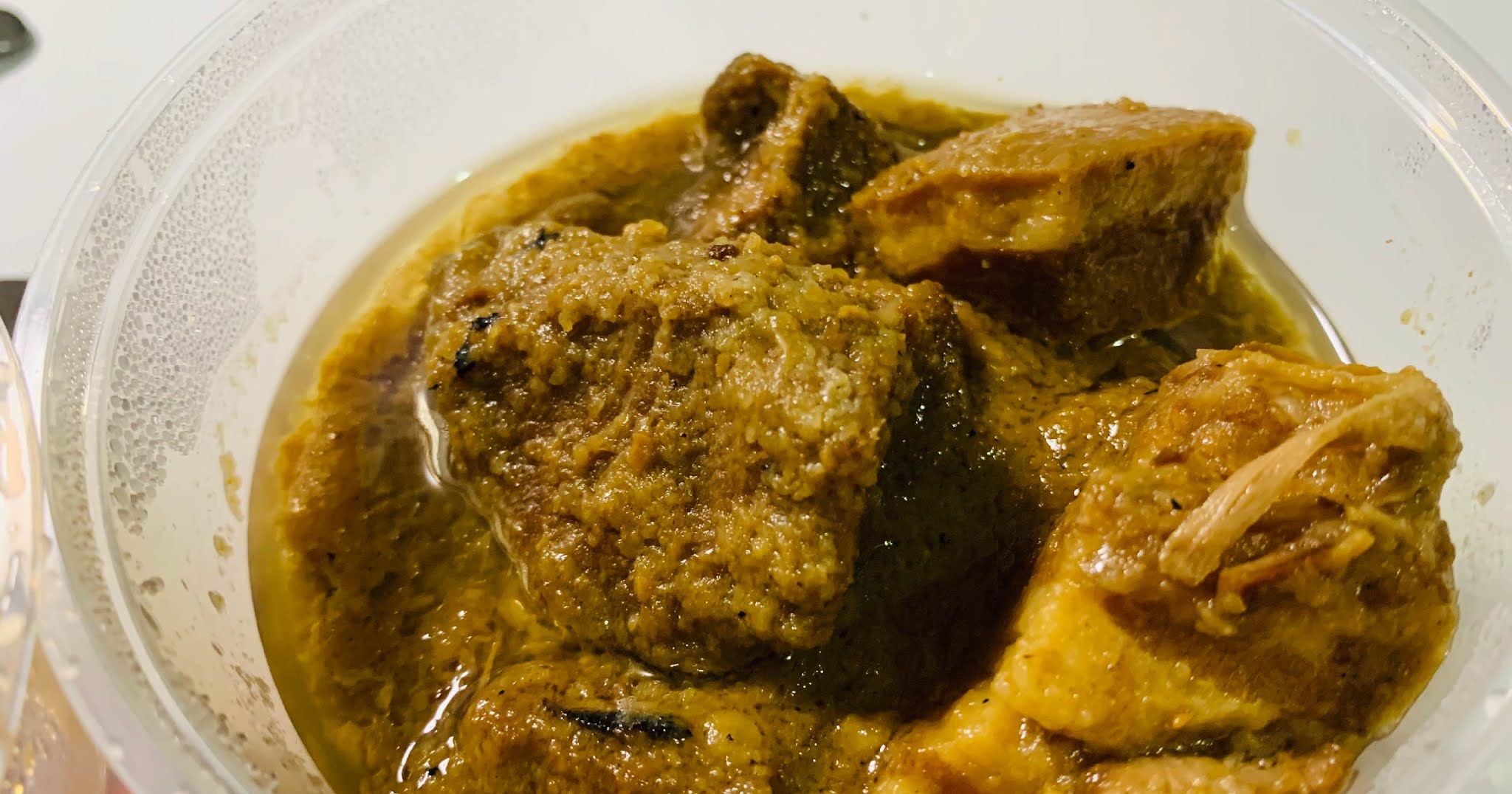 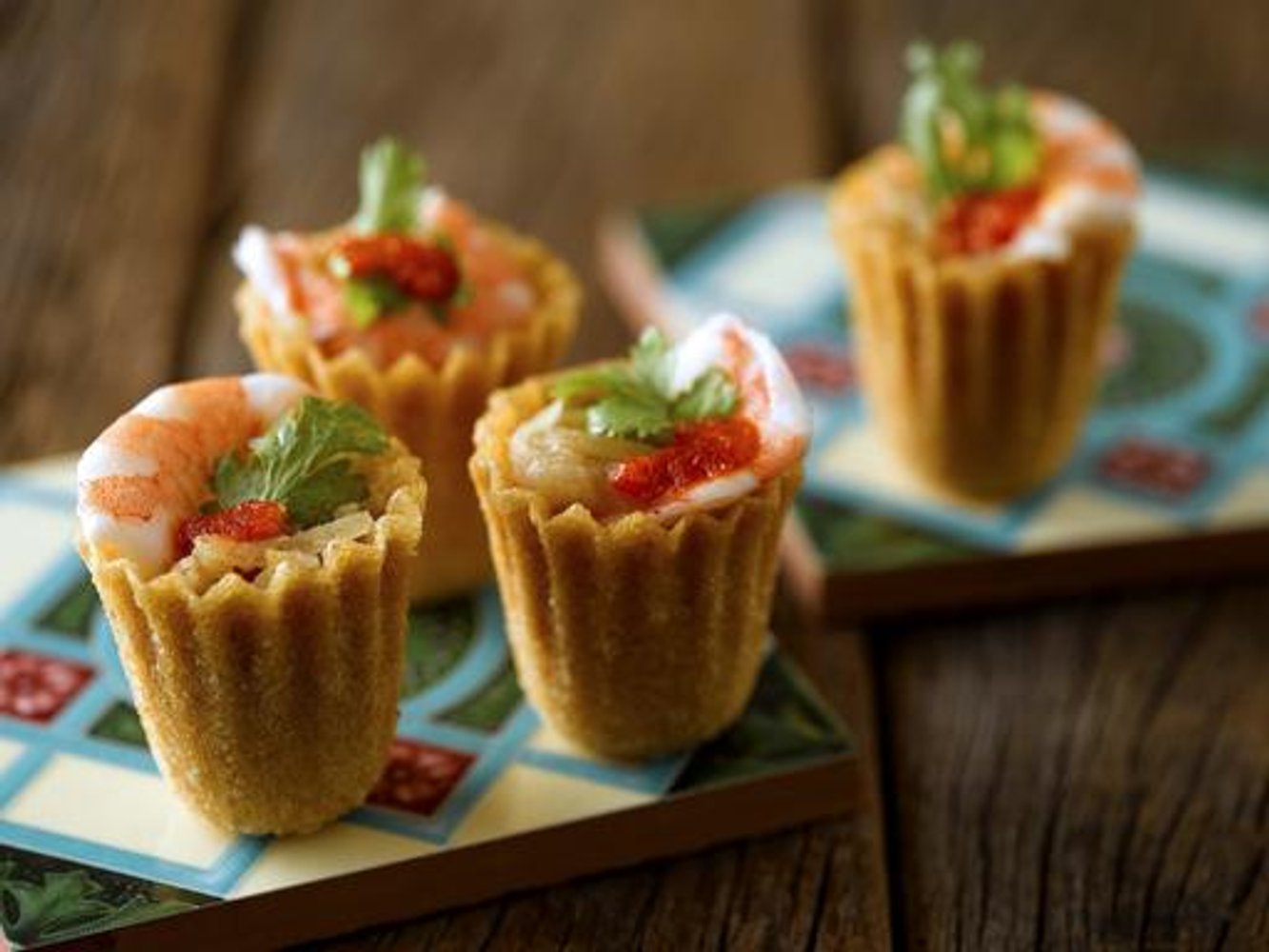 Source: Blue Ginger online menu - https://theblueginger.oddle.me/en_SG
Finally, the starters, Kueh Pie Tee. The Pie Tee or Top Hats are familiar snacks or tapas-like to many here. I forgot to take photo after I prepared them. The Kueh Pie Tee from Blue Ginger consists of shredded bamboo shoots and turnips garnished with shrimp in cups. The braised bamboo shoot and turnips lacked colour. My first thought that it was ginger paste. The turnips were limp and the dish was so-so. (Food rating: 2.5/5)
Afterthoughts: I am very disappointed with Blue Ginger. I wanted to order from its flagship store but the order was directed to the second outlet at Great World City. As a brand with long history, I expect a level of consistency in food quality and pay attention to meticulous and detailed cooking. The ingredients were either not fresh or the recipes were calibrated to suit the general public. This lead to losing the edge. Peranakan cuisine is a culinary art that requires a high level of patience and preparation in advance. I hope that Blue Ginger could do better in bringing the Peranakan cuisine to greater heights. Would I dine at Blue Ginger again? No.
Address: Great World City, 1 Kim Seng Promenade, #01-106, Singapore 237994
Price: $$$ (S$157, it is too expensive for this experience)
Food rating: 2/5
Recommended dishes: NIL
Link to map: https://goo.gl/maps/eJVg5NAU44oTsnfc7
★★ $$$ beef rendang Blue Ginger chap chye Great World City home delivery in Singapore home_delivery local food Peranakan Singapore
Location: 1 Kim Seng Promenade, Singapore 237994