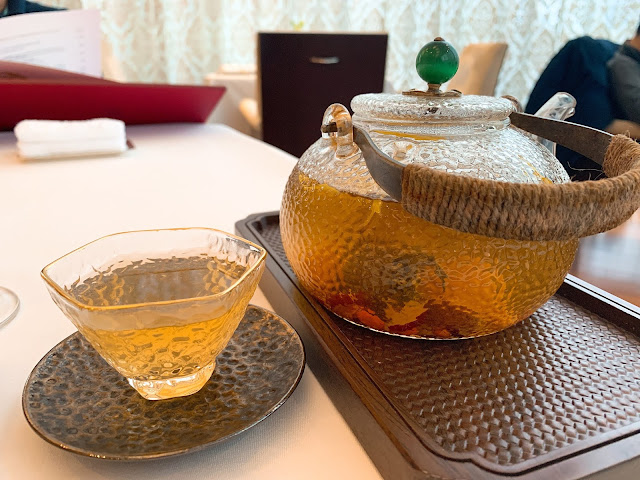 T'ang Court was first awarded three Michelin stars in the 2018 Shanghai Michelin Guide. In the 2019 guide, the restaurant has dropped from three stars to two stars. Is T'ang Court worth this many stars?

A Cantonese restaurant, T'ang Court, is housed under Langham Hotel in the famous Xintiandi. The restaurant has a elegant interior and the service was excellent. However, the food was tasted  ordinary that food from household brands like Imperial Treasure or Canton Paradise tasted better. 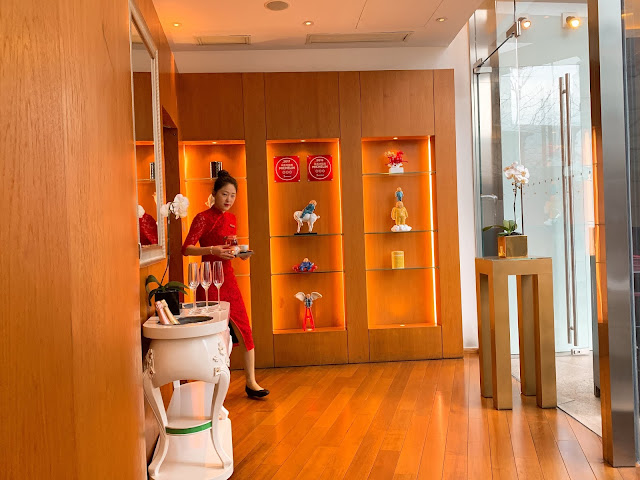 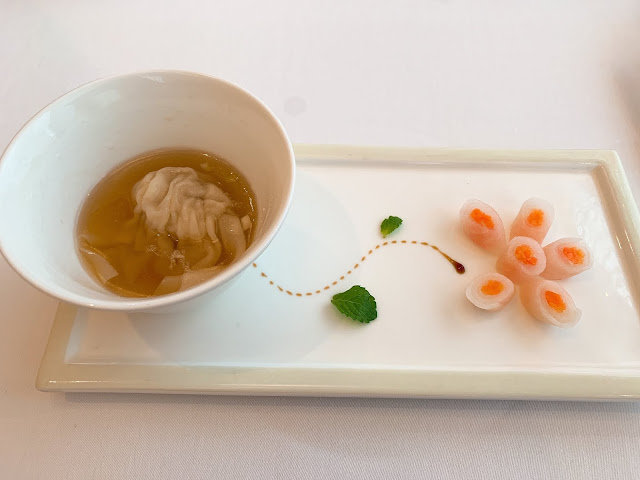 We were first served with specials from the Chef. Dumplings as starters. 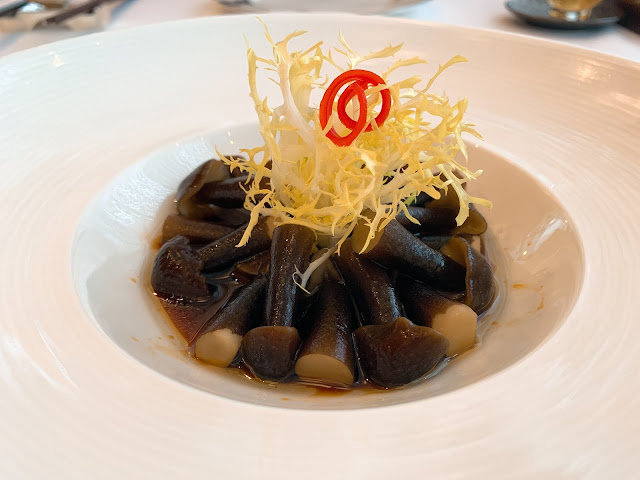 Jizong mushroom marinated in homemade sauce (凉拌鸡枞菌), priced at RMB100, was refreshing and amazingly deliciously. The mushrooms were beautiful and the sauce was light. The sauce tasted like the sauce in the Hainanese Chicken Rice - soy sauce with sesame oil. (Food rating: 3/5) 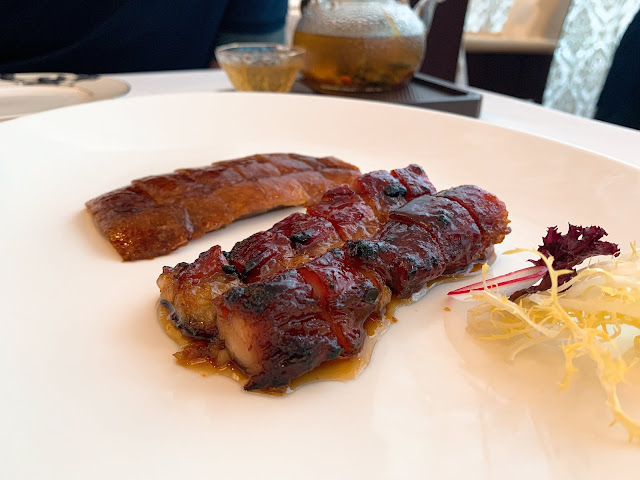 BBQ Combination (烧味双拼) of BBQ Pork and Suckling Pork skin, priced at RMB330, was delicious. The crackling sound from the pork skin confirms that the skin was roasted to crisp. The BBQ pork, on the other hand, was overly sweet. (Food rating: 3/5) 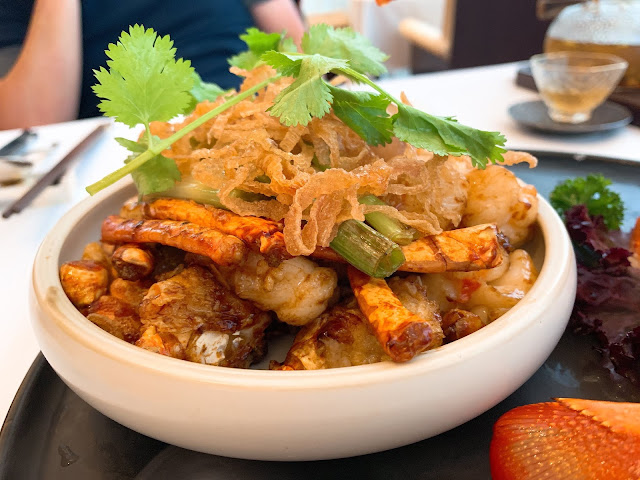 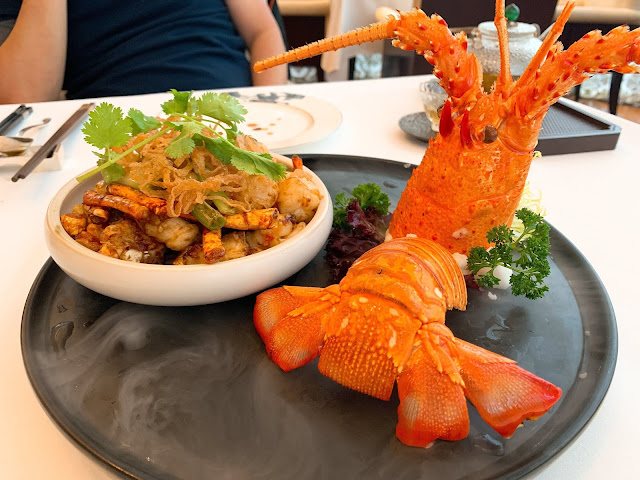 Red Lobster sauteed with spring red onion and shallot (三葱爆龙虾) was acclaimed with the "Best of the Best Culinary Award" and "Gold with Distinction Award". Priced at RMB1,500, the dish was over-rated. The lobster was freshly prepared but the taste was a mere ordinary. It was the worst choice made by ordering based on the awards this dish received. I was utterly disappointed. (Food rating: 2/5) 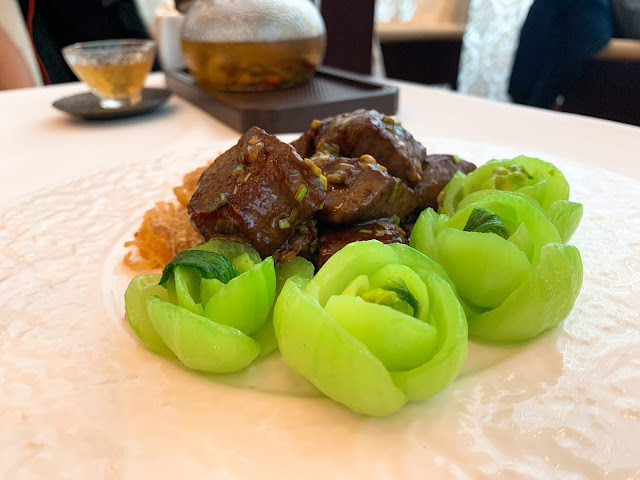 Wagyu Beef Sauteed with onions (香葱爆和牛), priced at RMB580, tasted good. The  beef cubes were cooked to perfection. The meat was tender and easy to chew. The vegetable flower made from Bok Choi was soft and easy to eat.  The taste was ordinary and I expected better. (Food rating: 2.5/5) 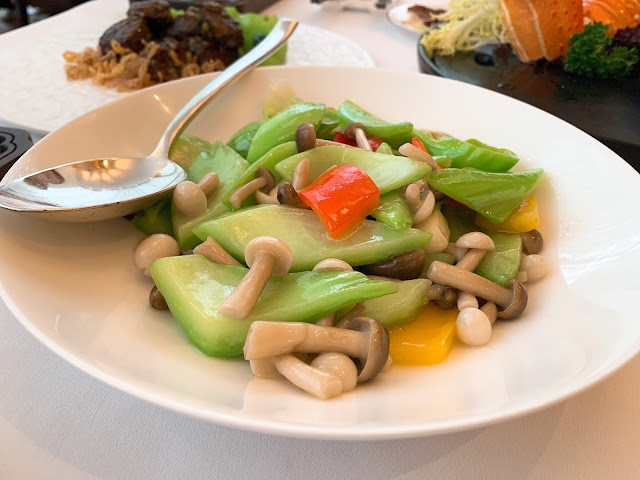 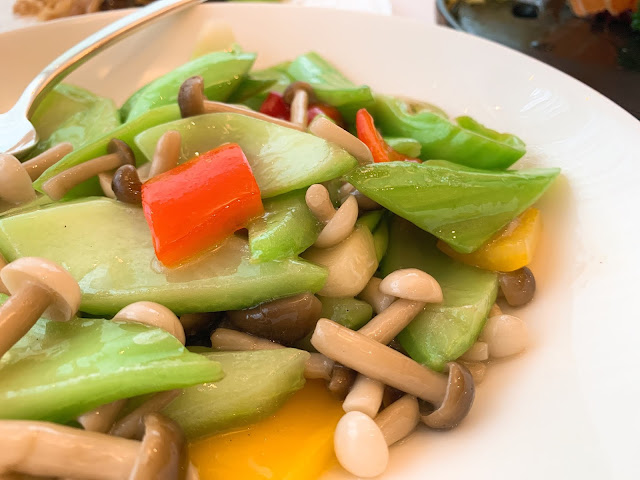 Assorted Imperial Mushrooms with vegetables (珍菌炒翠绿), priced at RMB110, was interesting. This dish was sauteed with minced garlic, in superior soup and oyster sauce. The imperial mushrooms looked very much like Shimeiji mushrooms. As for the greens, it was very interesting and I was not able to identify it. Overall, this dish is so-so. (Food rating: 2.5/5) 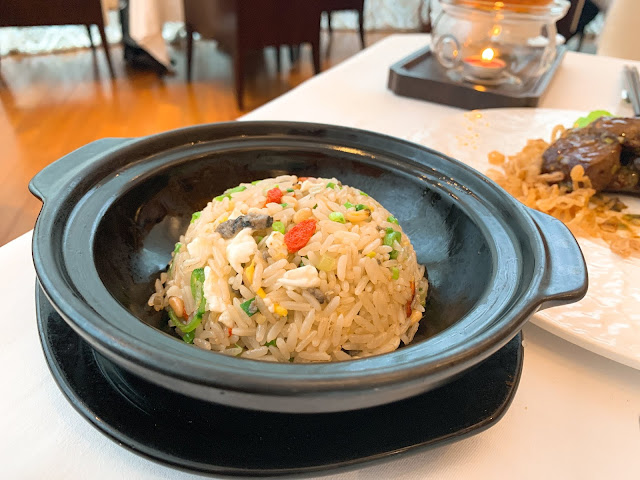 The fried rice was so-so and forgettable. (Food rating: 2/5) 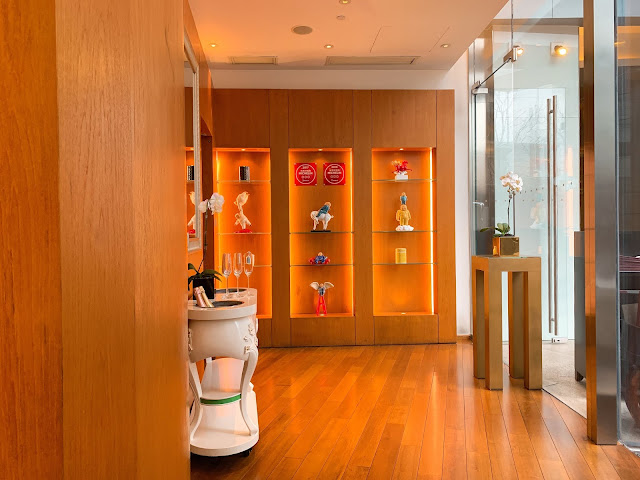 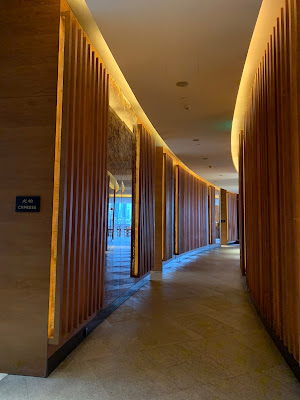 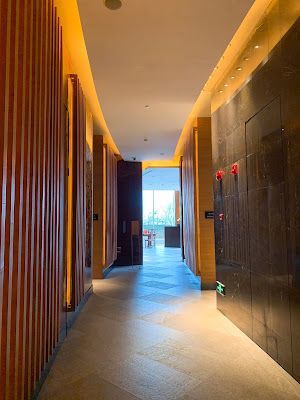 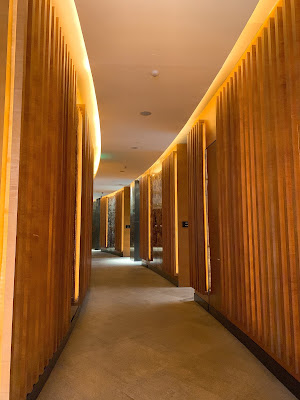 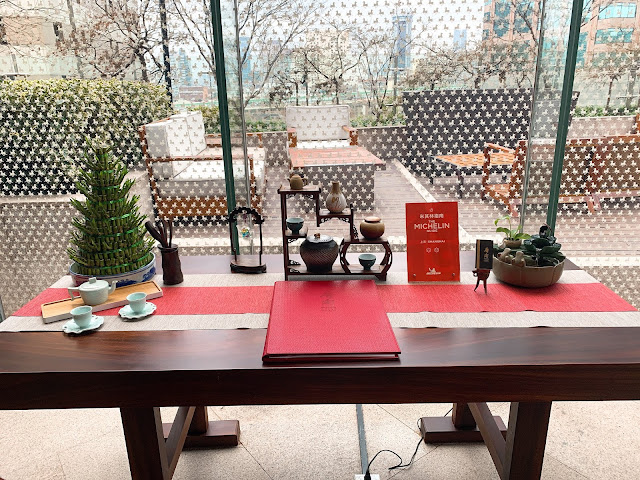