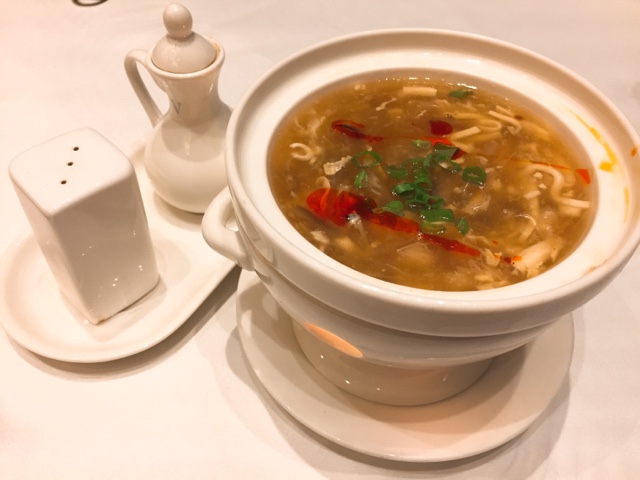 Started in 1958 by the late Chen Kenmin, Shisen Hanten is a popular Sichuan restaurant in Japan.

I managed to get a table reservation and had dinner at the much acclaimed two michelin-starred restaurant, Shisen Hanten. The dishes were priced almost on par with other Chinese restaurants in Singapore, such as Imperial Treasure, Tunglok Xihe, etc. 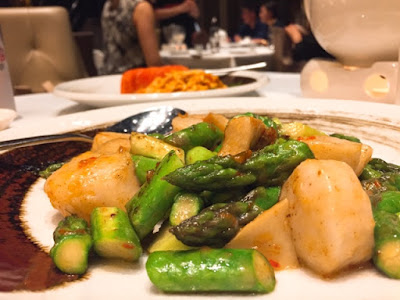 Stir-fried Hokkaido scallops and asparagus with XO Sauce is a common dish in most Chinese cuisine. To me, it was be a test to see how the restaurant's culinary skills differs from the other homegrown chain restaurants. The scallops were perfectly sauteed and the sauce was nicely mixed with the rest of the ingredients. Despite its perfect culinary technique, the dish did not excite me. The taste was the same. I wish it could blow me away. (Food rating: 2.5/5) 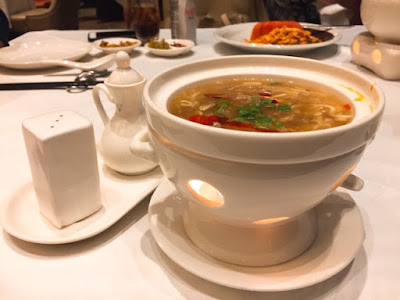 Szechuan hot and sour soup with seafood (海鲜酸辣汤), priced at SGD14, was the best dish I had at Shisen Hanten. One of key feature of Sichuan Cuisine, the soup had a very nice fragrance and very delicious. This is one of the best hot and sour soup I ever had. (Food rating: 4.5/5) 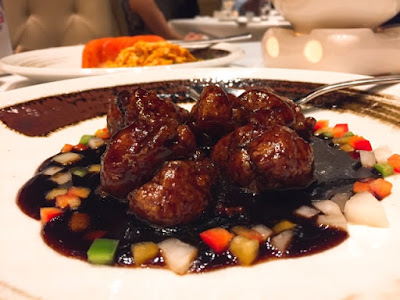 Fried Pork with sweet & sour sauce in black vinegar (黑醋咕咾肉) was acerbic. It was not to my liking. (Food rating: 2/5) 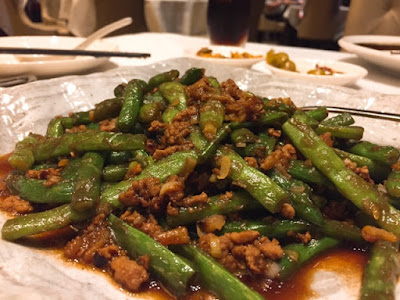 Browned string beans and ground pork (干煸四季豆), priced at SGD24, was surprisingly no up to par. The string beans were limped that it lacked the crunchiness. Compared to the homegrown restaurant chain, this dish was cooked very badly. (Food rating: 2/5) 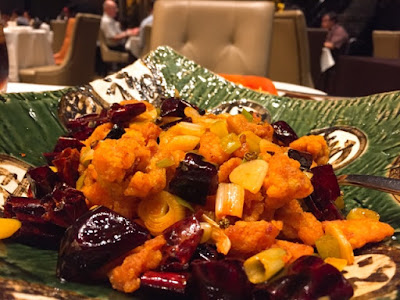 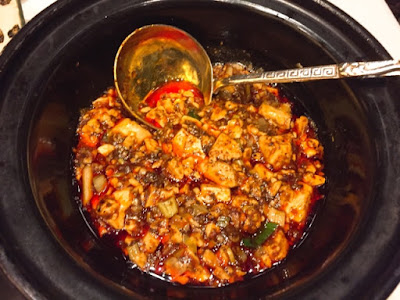 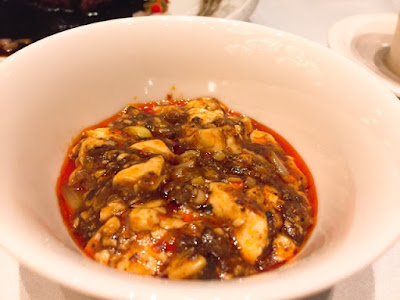 "Chen's Mapo Doufu" Stir-fried tofu in hot Szechuan pepper-flavoured meat sauce (陳麻婆豆腐), priced at SGD24, was spicy and fragrant. It was very similar to the one I had in Chengdu and brough back fond memories. (Food rating: 2.5/5) 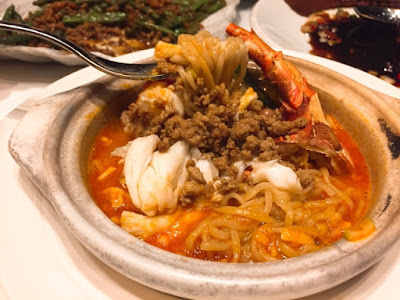 Stewed egg noodles with lobster in supreme stock (上汤龙虾焖生面) was delectable. The noodles texture was a little soft and my first impression was that I had instant noodles. However, the lobster was very fresh and the stock was flavourful. Discounting the noodles, this is a dish that I may want to order again. (Food rating: 3/5) 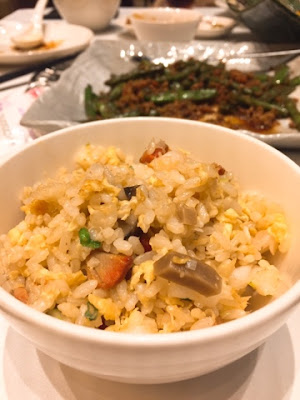 Fried rice with barbecued pork and seafood was very ordinary. The fried rice lacked fragrance and 锅气. Personally, it would need a good chef to cook a nice fried rice. A disappointment indeed. (Food rating: 2/5) 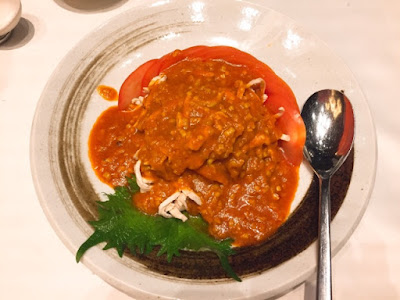 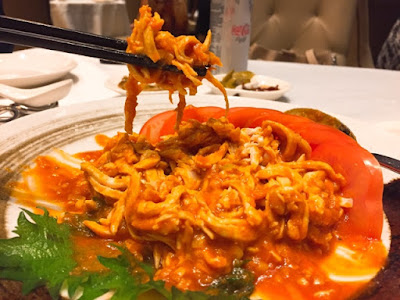 Chen's original spicy dry noodles (正宗担担面), priced at SGD12, was interesting and yet, uninteresting. The peanut sauce was rich and the shredded chicken were sandy in texture. It was perhaps that Shisen Hanten was a two michelin-starred restaurant, I had higher expectations. (Food rating: 2.5/5) 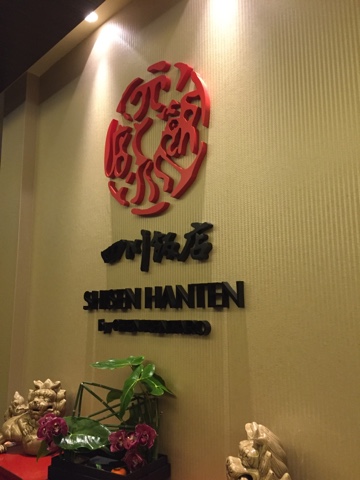