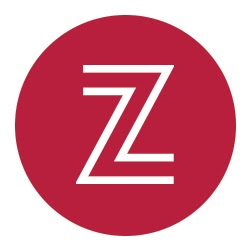 The Zagat 2017 New York City Restaurants Guidebook is being published on Wednesday with a combination of spanking new and same old. What’s new, in addition to a brighter cover, is the scoring system.

After more than 37 years, the original format for rating restaurants, based on a scale of 1 to 30 as devised by the founders, Tim and Nina Zagat, is gone. In its place are rankings that go from 1.0 to 5.0, with decimals. The change was made, said a spokeswoman for the survey, now owned by Google, because the Zagat audience preferred a simpler system.

Among the restaurants that made the list of the top 20 for food, there are newcomers: Gabriel Kreuther, Tocqueville, Tanoreen, Scalini Fedeli and Sushi Nakazawa. Per Se, which was rated best for food in 2009 and has been in the top 20 for the last 11 years, is missing from the 2017 ranking. Graffiti, Estiatorio Milos, L’Artusi and Annisa were also dropped from the top 20.
Also significant this year are a few newcomers that did not waste time rising to the top in their categories: Kingsley held the No. 1 spot for American restaurants, Indian Accent for Indian, and Llama Inn for South American.

Along with restaurant rankings, the survey includes questions about dining habits, likes and dislikes. Among respondents, 41 percent said they approved of eliminating tipping.

This year, there will also be a pop-up Zagat restaurant stand, called Tiny Cafe, where miniature portions of some signature dishes from restaurants like Los Tacos No. 1, Pizza Loves Emily and Jacques Torres will be served free. The cafe will be at the corner of Astor Place and Cooper Square from 11 a.m. to 7 p.m. Thursday through Saturday.