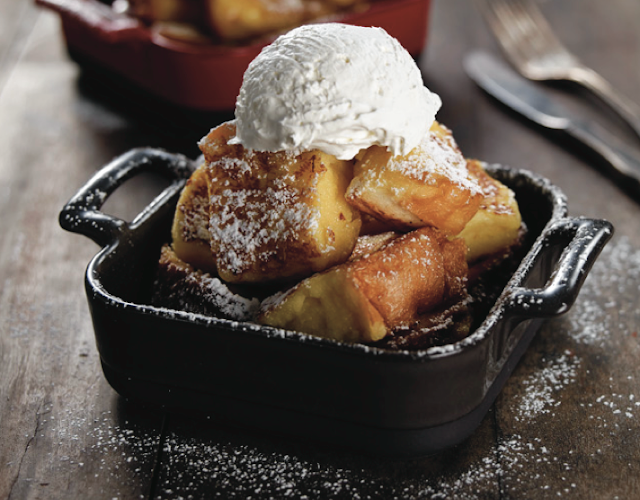 Food delivery has almost become a commonplace in Singapore; where the hot and humid weather hinders enthusiasm dining outside of home. It has also made Singapore even smaller, where food is now easily available to sate your cravings. Recently, I become an avid fan of food deliveries. The hot, humid climate and the ever-crowded dining places always hinder me from dining outside of the comfortable of my home.

I finally got to order food from Miam Miam for the first time and from home delivery.

The Mac & Cheese is believed to be made of Quartre Fromages, which was a different version of creamy macaroni and cheese. Similar to an apple crumble, the four cheese was super crunchy. The price at SGD14.50 came with a generous portion of pasta. However, I was disappointed with the texture (dry) and its bland taste. On a positive note, it sated your hunger. (Food rating: 2.5/5)

Highly recommended and popular amongst customers, the Onsen Egg Mushroom Soup is a rich and earthy soup that was filled with button and shiitake chunks. The onsen egg (half boiled egg) oozed creamy yolk goodness when pricked. Quite an expensive soup of $6.40, the mushroom soup was watery and it tasted like Campbell's soup. I wished that it would be better. (Food rating: 2.5/5)

Another highly recommended food, the Famous French Toast was the most expensive and ordinary food amongst the food items I have ordered. Similar to a local cafe - Ya Kun Coffee, the french toast was perfectly coated with eggs before it was pan-fried. You may drizzle some maple syrup to add a boost. Although it is priced at $11.90, it was the best among the food items I had ordered from Miam Miam so far. (Food rating: 3/5)

Shogayaki Pork (Donburi) came with fragrant Japanese rice sauteed with special sauce. It was then topped with pork fillet marinated with ginger and shoyu, seared and topped wafu tofu, baby radish and crispy cucumber. Loved the rice which was chewy. (Food rating: 3/5)