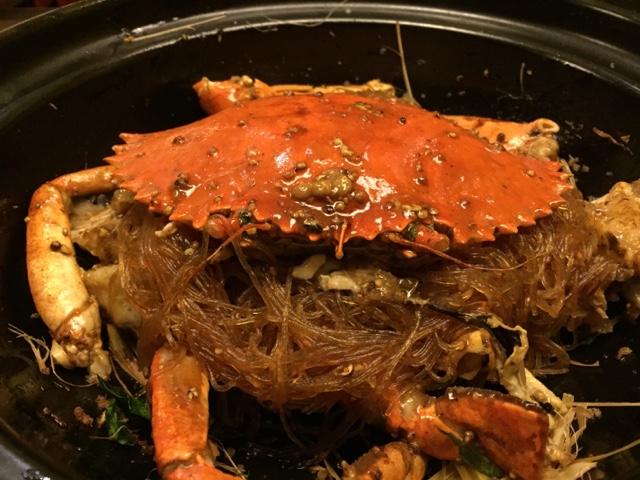 When the server opened the lid, the white pepper fragrance blew our minds away. The spicy, yet nice aroma was mouthwatering. The vermicelli or glass vermicelli was perfectly cooked in al dente style. The glass noodles soaked in the rich peppery stew was beyond words. The meat was easy to remove from the crab, indicating that it was freshly prepared. The meat was crispy and sweet that was extremely enjoyable. It was very difficult to write my enjoyment in words unless you try it yourself. The crab weighed about 1.5kg and cost us SGD120. (Food rating: 5/5) 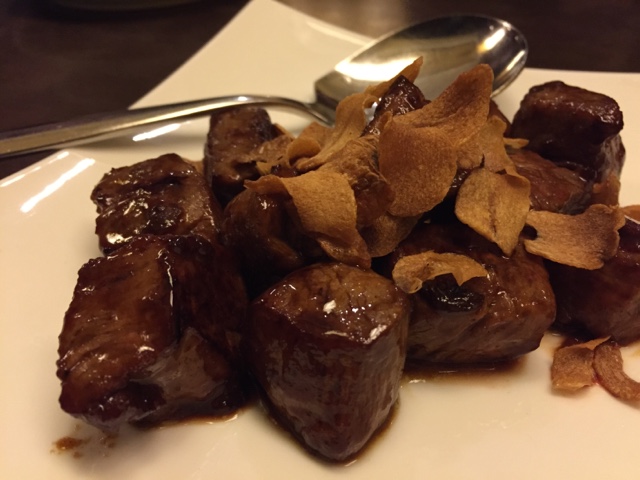 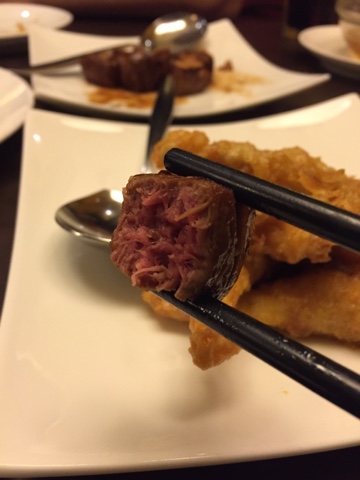 The Sauteed Diced Beef with Garlic (SGD24), compared to the crab vermicelli, lost badly. Though the diced beef was medium cooked, it lacked the nice garlic aroma. There seemed to be light teriyaki sauce over the meat. Nice, yet forgettable. (Food rating: 3/5) 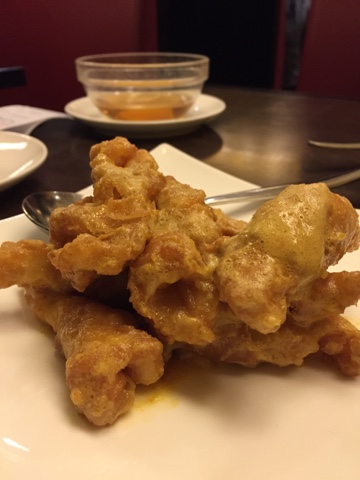 Sauteed Squid coated with Salted Egg Yolk (SGD16) was another mouthwatering and unforgettable dish. The salted egg yolk, usually made of duck egg, was creamy and delicious. The squid, unlike the usual squid rings, were diced squid. They were perfectly cook that it was crispy, not tough. This savoury dish was to die for. (Food rating: 5/5) 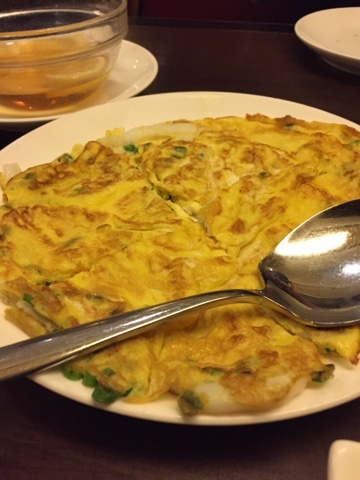 The Pan-fried Fish Omelette (SGD16) was an interesting dish. Initially thought it was mini anchovies, the fishes were silver fishes or smelt. The omelette had a nice wok aroma that made the dish fragrant. (Food rating: 3/5)