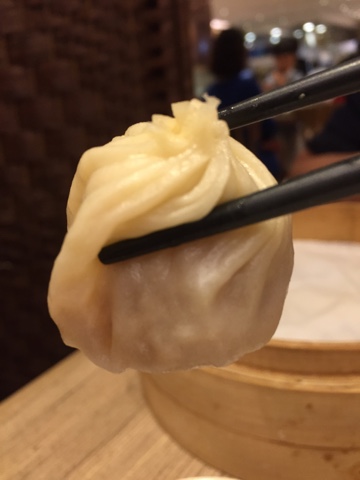 If you have ever dined at Din Tai Fung in Taiwan why not try the branch in Singapore?

To make comparison between the two branches, we ordered identical dishes at the branch - Marina Bay Link Mall.


The Michelin-starred Restaurant, Din Tai Fung (鼎泰豐) was founded as far back as 40 years ago by a man called Bingyi Yang. In 1993, The restaurant is the only Chinese-run restaurant to be rated as one of the world's Top Best Restaurants by the New York Times. Further international recognition came in 2010, its Hong Kong branch was awarded one Michelin Star that no other Taiwanese restaurant has ever received this accolade. Over the years, it has branches all over the world - Japan, United States, South Korea, Singapore, Hong Kong, Indonesia, Malaysia, Australia and Thailand.

We ordered a serving of steamed pork dumplings (see above image). When served, we bit a hole and drank the rich ans sweet pork broth. Compared to Taiwan's, the minced meat was finer but the skin remained the same - thin that was just right to hold the minced pork and broth. The taste was identical and the skin was chewy to the bite. (Food rating: 4/5) 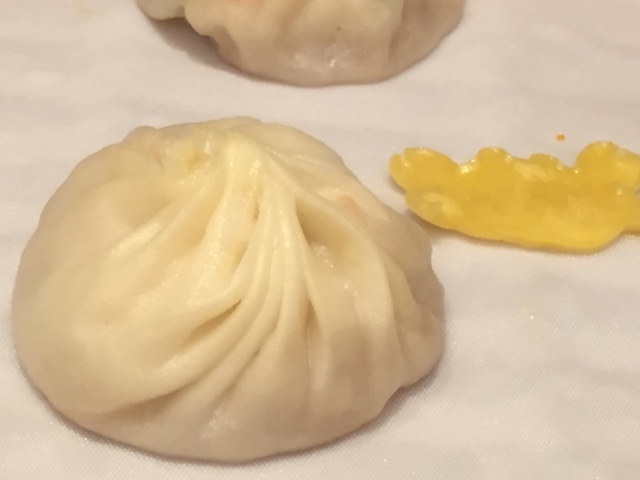 The crabmeat dumplings were the exact replicate of that in Taiwan. The skins were thin and chewy and the crabmeat were soft and had a nice sweet broth. These dumplings were my second option should the steamed pork dumplings were sold out. Otherwise, I would order both. Remember to eat the dumplings with ginger slices that will give that extra oomph. (Food rating: 4/5) 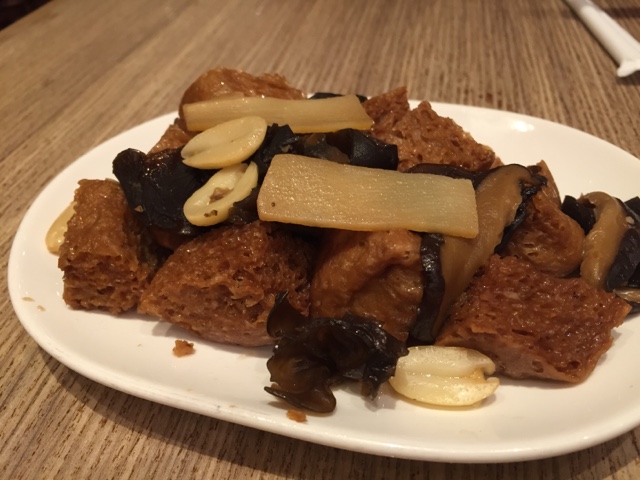 The braised wheat gluten with black fungus, bamboo shoots, Chinese mushrooms and beans (四喜烤麸) was an excellent choice. The chewy gluten cubes, were well-soaked in the sweet mushroom-based sauce that made them enjoyable. The mushroom were soft, retaining its rich fragrance. (Food rating: 3.5/5) 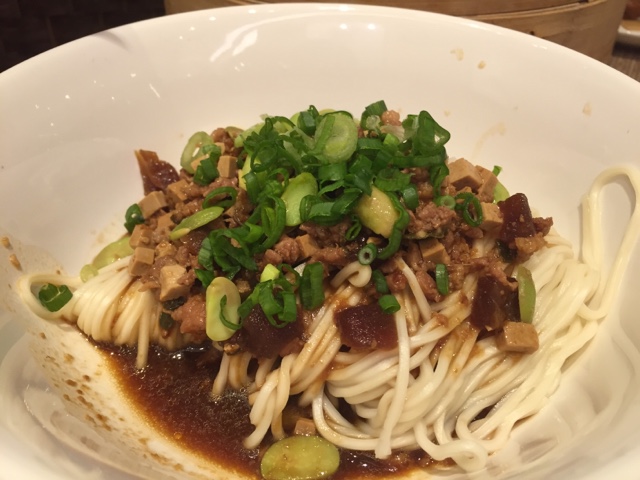 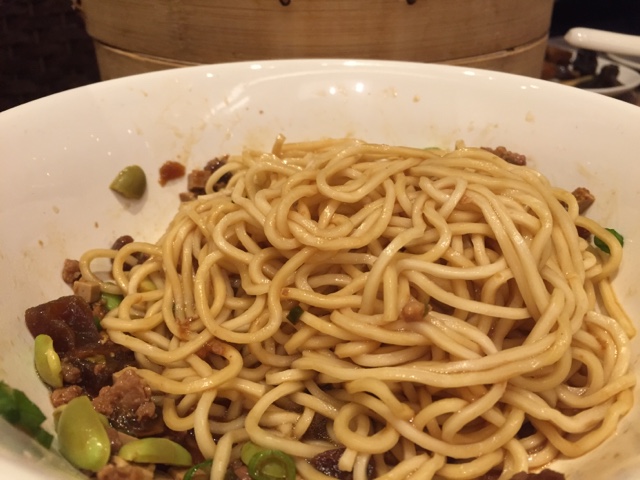 Zhajiangmain (炸醬麵) is a Chinese noodles dish served with stir-fried pork and fermented soy bean paste(炸酱). Over here, the sauce mixed made of soybeans and minced meat was savoury. Together, they were a great combination. The wheat noodles were chewier which was heavenly than Taiwan's. (Food rating: 4/5) 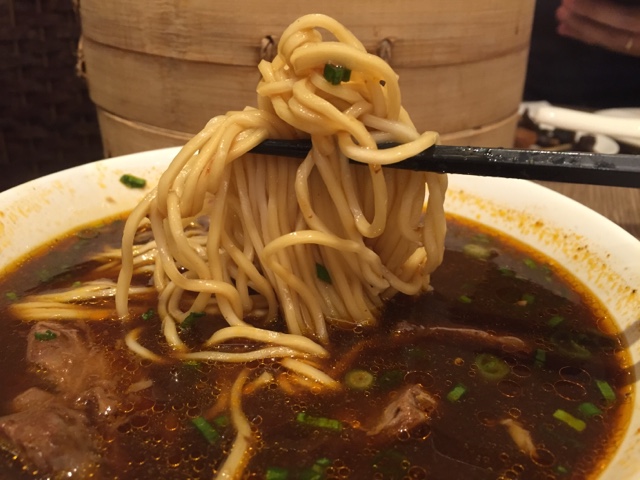 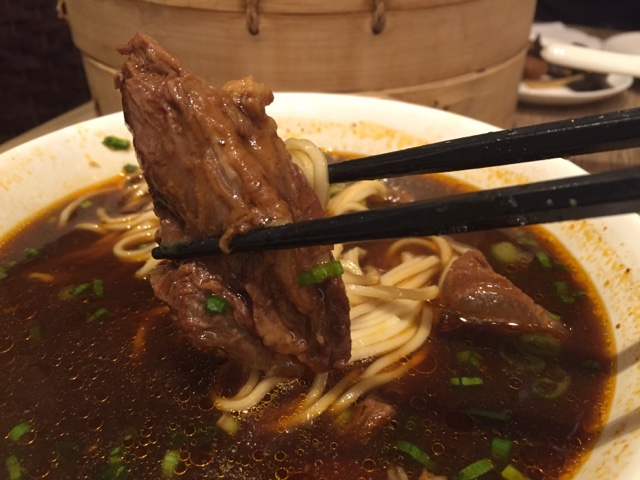 The braised beef tendon noodles (紅燒牛肉湯麵) was amazingly delicious. The broth was boiled for long hours in order to have such rich flavoursome taste. The brisket, instead of tendons in Taiwan, was tender soft and had the rich beef aroma and taste. The noodles were cooked in al dente style. The noodles were a little lumpy. Not a spicy noodle dish. (Food rating: 4/5) 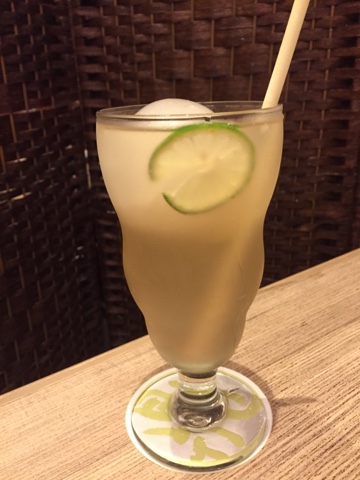 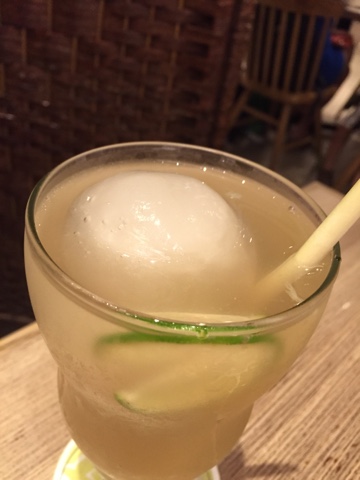 Conclusion: The food from both branches were identical in taste and texture. At first impression, I thought that it was like a fast food chain. Every details was consistent and everyone knew their role when wrapping the steamed pork dumplings.

However, the only difference was that the service level in Taiwan was higher than in Singapore. The staff, though trainees, were attentive and very friendly. They cleared the table very quickly for the next customer and had initiative to share with patrons how to eat the steamed pork dumplings, for instance.