May 17, 2015
After having Chinese food for the last two weeks, I decided to have something different.  At Lau Pat Sat, there are quite a number of Indian and Indian vegetable food outlets. I tried a naan set from another Indian food stall - Thirypathi Ayya (Stall No. 59) in the market.

At SGD7, the set includes two vegetable side dishes, two chicken pieces, two slices of naans and a bowl of curry sauce. The naans, though served hot, was mildly sour. The curry on the other hand was very spicy. The tandoori chicken was tender but lacked something, which I could not point it out. The other chicken piece was a little tender but it had a lot of spices in it. What I liked most was the vegetable dishes. I love the masala potatoes and long beans. Both side dishes were freshly prepared. 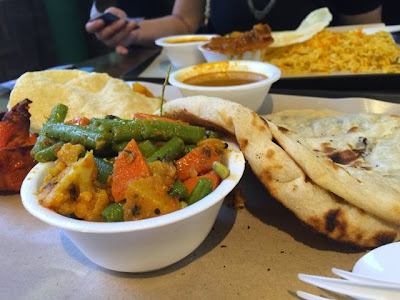 Two vegetable sides were freshly prepared. I loved the masala potatoes best. The naans, however, had a mild sour taste. I am not sure if the original naan is supposed to be sour. 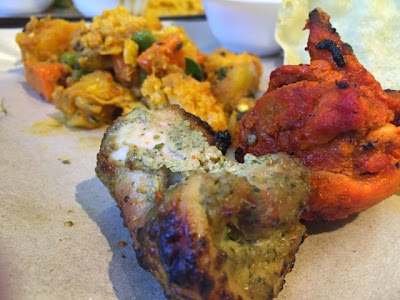 Naan Set came with two meat - both tender but lacked something, which I was not able to point out. 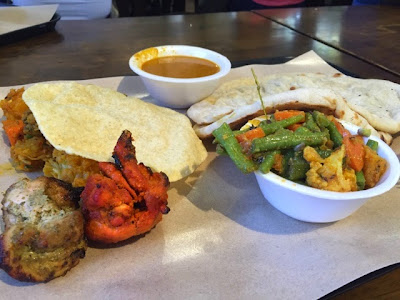