June 20, 2015
Recently opened at The Shoppes at Marina Bay Sands, 9 Goubuli is a restaurant that serves northern and southern cuisines such as Tianjin, Shanghainese and even Szechuan cuisines. The word Goubuli (狗不理) literally means "dogs ignore" or "dogs don't pay attention".

I stumbled upon this gem hidden at the basement of the shopping mall when I was meeting a friend. I was attracted by the intriguing restaurant name and interior design. And I am glad that I did try the food as it was a nice place to bring friends and visitors to try authentic Chinese cuisine. 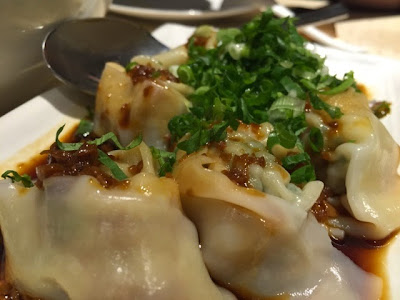 Shanghainese Wontons in Red Oil Vinegar (红油抄手), priced at SGD6.50, is quintessential to Shanghainese cuisine. I will always order a serving of wonton whenever I am in Chinese restaurant. The wontons were cooked to perfection - the meat was tender and moist and the wonton skin remained chewy (firm to the bite). The sauce was mildly spicy and vinegary which I believe was slightly adapted to the local taste. (Food rating: 4/5) 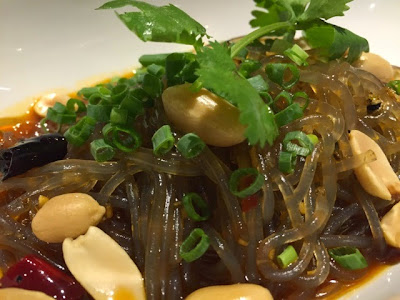 Shanghainese Cold Noodles in chilli sauce (麻辣水品粉皮), priced at SGD12, was extremely delicious. I liked the texture of the glass noodles, which was firm to the bite. The sauce was spicy that added that extra punch to the noodles dish, making it flavourful and fragrant. This noodles dish was extremely enjoyable - stimulating and invigorating. (Food rating: 4/5) 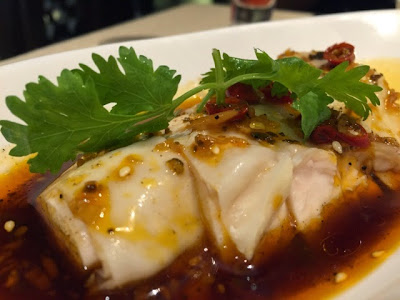 Steamed Chicken with Szechuan Chilli Sauce (麻辣口水鸡), priced at SGD12, was spicy, cold, invigorating and stimulating - all at the same time. The zesty flavour of the cold succulent chicken breast was so addictive that I kept popping into my mouth. The grated ginger and garlic in vinegary spicy sauce was so refreshing that it had whetted my appetite for the coming entree. (Food rating: 4/5) 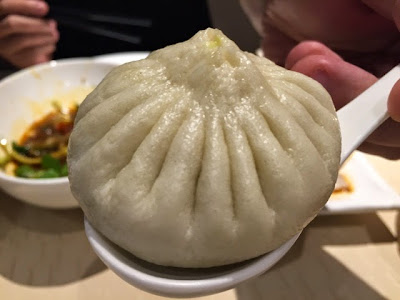 In some legends, Goubuli (狗不理) bun was invented by Gouzi (狗子) using half leaven dough, rich flavoured meat and a delicious soupy filling. As his business expanded, Gouzi become too busy to engage in small talks and people started calling him Goubuli (which means dog ignores). Hence the name Goubuli (狗不理) was born. 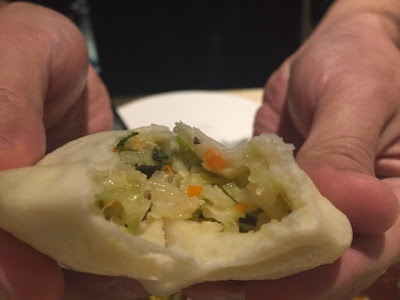 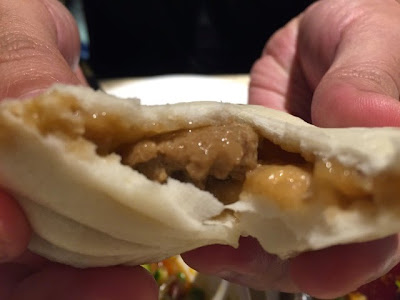 Goubuli Buns with Meat Fillings (传统猪肉包) priced at SGD2.20 per piece was the second best steamed buns I had amongst the four. The traditional or original steamed buns were mouthwatering with succulent meat fillings. (Food rating: 4/5) 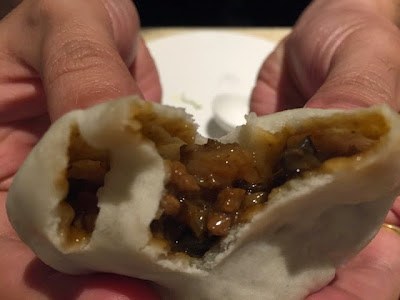 Goubuli Buns with Wagyu and Vegetables Filling (和牛菜肉包) priced at $3.50 was the most delicious, amongst the four steamed buns. The wagyu beef fillings were flavoursome and tender. The vegetables gave the filling that extra crunch and punch. The chopped beef was tender and juicy. (Food rating: 4/5) 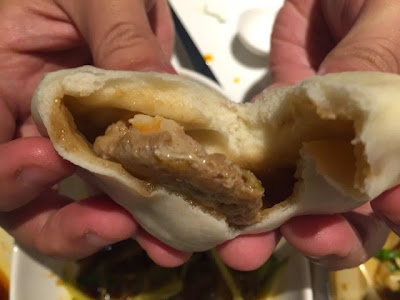 Goubuli Buns with Meat and Vegetable Filling (极品三鲜包) priced at SGD2.60 was palatable. The meat was succulent and the vegetables (carrots and maybe turnips) were crunchy. (Food rating: 3.5/5) 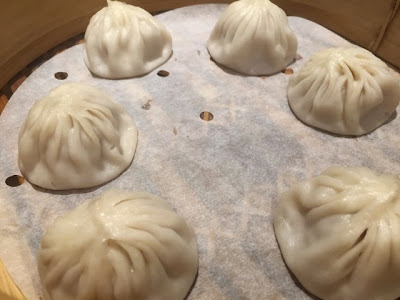 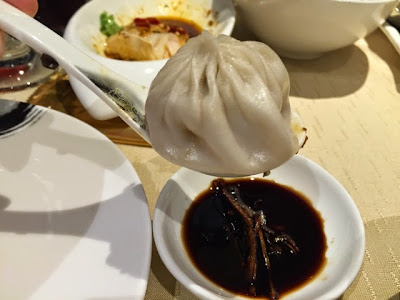 Steamed Xiao Long Baos (天津小笼包) (6pcs), priced at SGD8.50 were very delicious. The skin was thin and yet it could hold the meat and soup in it. Topped the ginger slices, the soup dumplings was appetising with the added zesty flavour. How should you eat the soup dumpling? First you bite a small hole on the dumpling skin to drink the soup. When you are done, you may either dip the dumpling into the vinegar or eat the dumpling with ginger slices. Either way is delicious. (Food rating: 4/5) 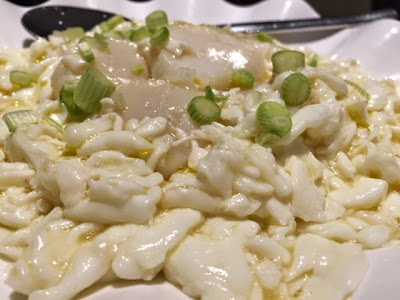 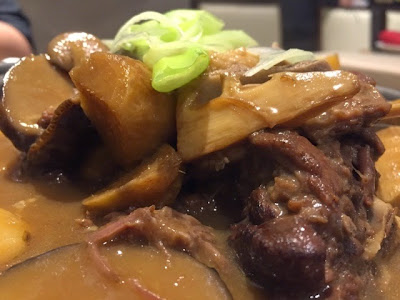 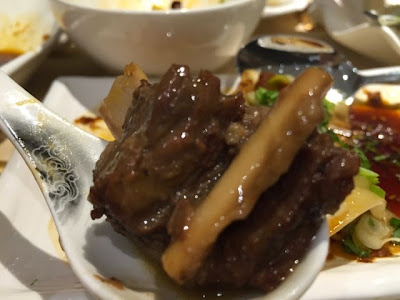 Claypot Braised Lamb with deep-fried bean sticks (支竹羊腩煲) priced at SGD58 was a very interesting dish. The cooking time took longer and it was the last to be served. Though the lamb meat was tender, the taste was strong and gamey. I was not used to the strong gamey taste in the meat and the bean sticks. (Food rating: 2.5/5) 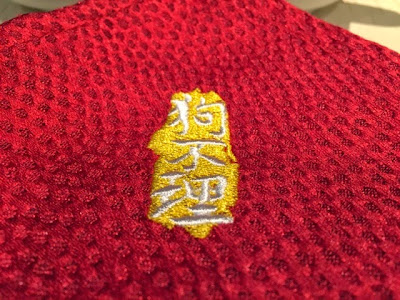 It is interesting when the napkin looks so much like Jin Shan Restaurant. 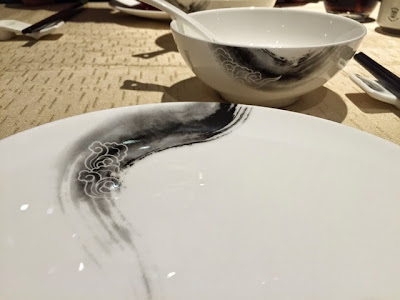 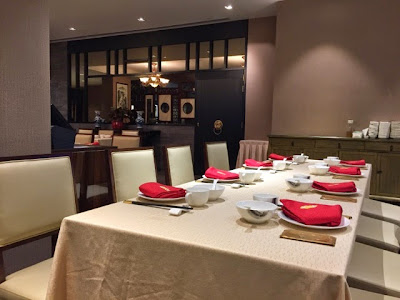