December 13, 2014
When I was in New York previously, I remembered a friend who highly recommended the Brooklyn Diner. However, I did not get to try it. I regretted it all these time. He told me that the diner was the place to go.

Now that I am in New York, I can finally try these highly acclaimed restaurant. My friend and I arrived at 11am and we had to wait for about 20 minutes before we could get a table. There were already many people waiting around the bar waiting for a table. Some of them were still waiting to be seated for the breakfast menu. The breakfast menu was closing when we arrived. We told the floor manager that it was alright for us to have the lunch menu.

Although the restaurant was small, the interior remained clean and tidy. We did not enjoy the food at all. It was either the type of food that we were not used to ut or the food quality was not up to par. We were disappointed.

The food was expensive and we spent USD120, including tips, in total. I don't think we could be coming back to the restaurant again. 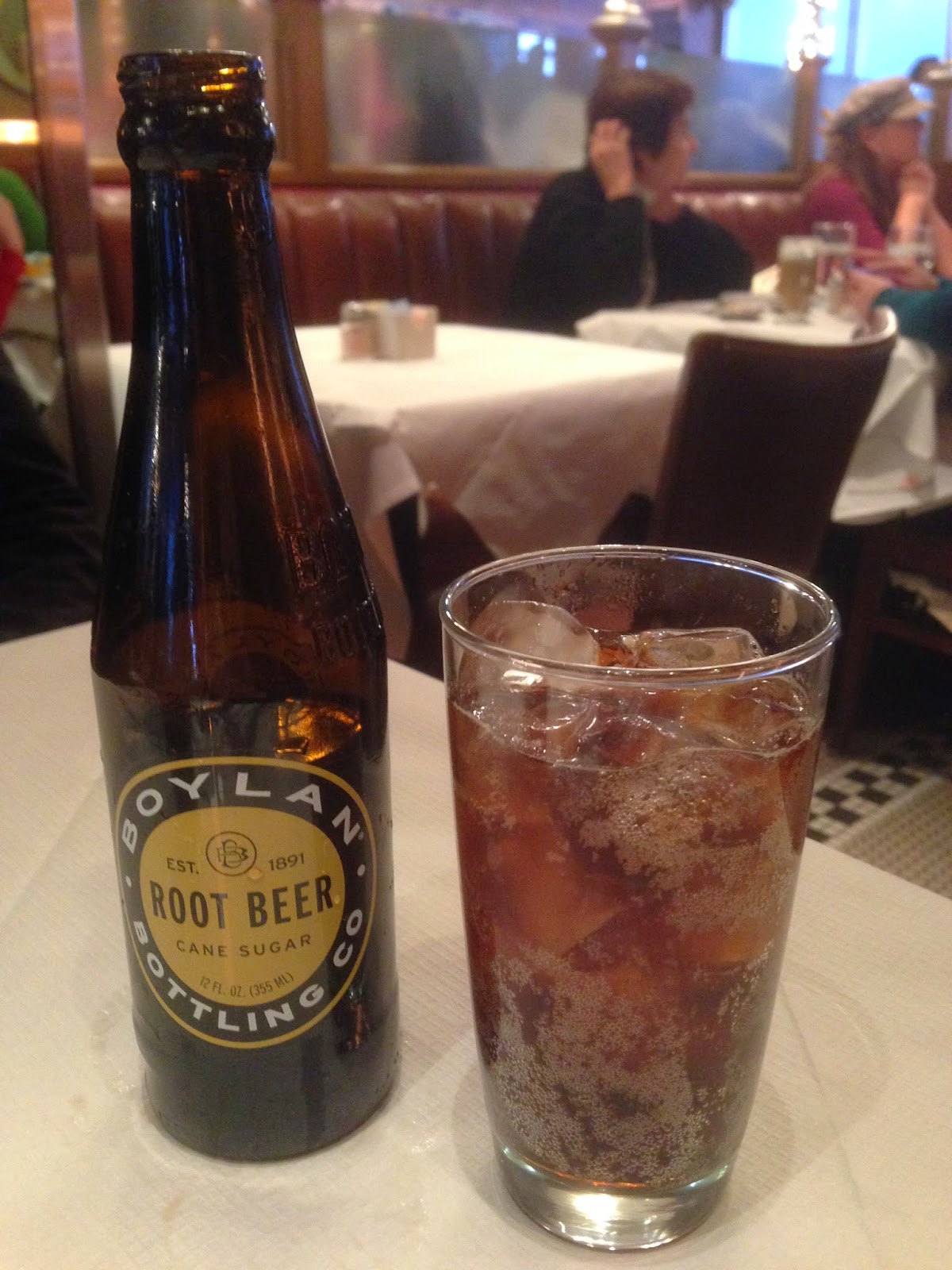 We ordered a bottle of Root Beer each. The drink was refreshing. It was a good start of a good meal, that was what we thought. 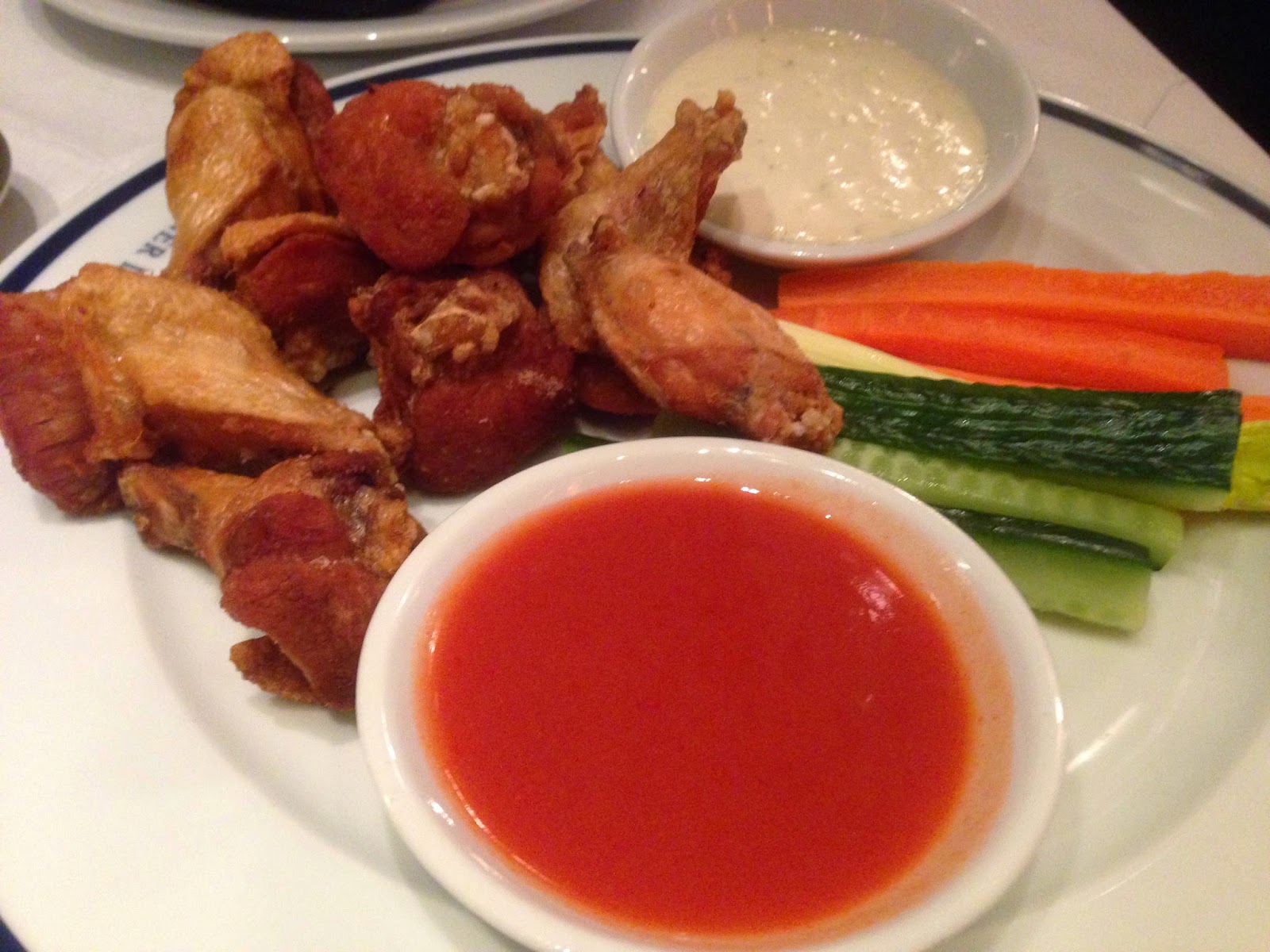 We ordered a serving of Brooklyn Buffalo Wings and requested for the blue cheese dip and chilli sauce to be put on the side. When the chicken wings were served, we were surprised by the sheer size. The wings were very small and they were deep fried to crispy. The meat was a little dry too. The spicy sauce was indeed spicy and the cheese dip was so-so. The entire dish was no good and it was too expensive to price at USD12.75. (Food rating: 2/5) 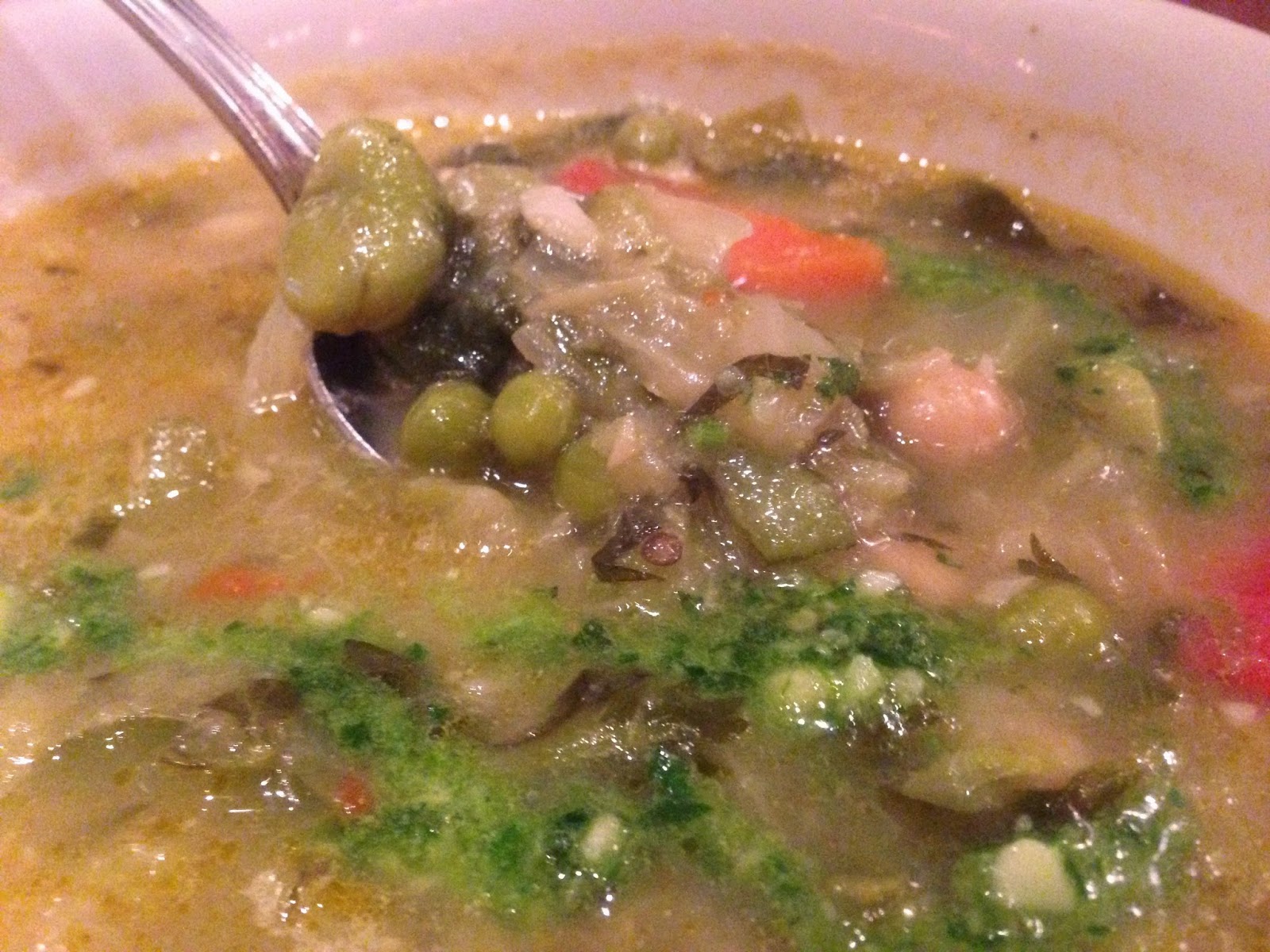 Next, we had the Pesto Minestrone Soup priced at USD12.95. It was a big bowl of soup that could serve as an entire meal. There were a lot of ingredients such as red peppers, celery, chick peas, green peas, kidney beans, spinach, carrots, cabbage, and green peppers. Unlike the red minestrone soup we had at home, this soup was green in colour. As for the taste, it tasted like Soto Ayam. One thing for sure was that it was rather salty. We were thirsty. (Food rating: 2/5) 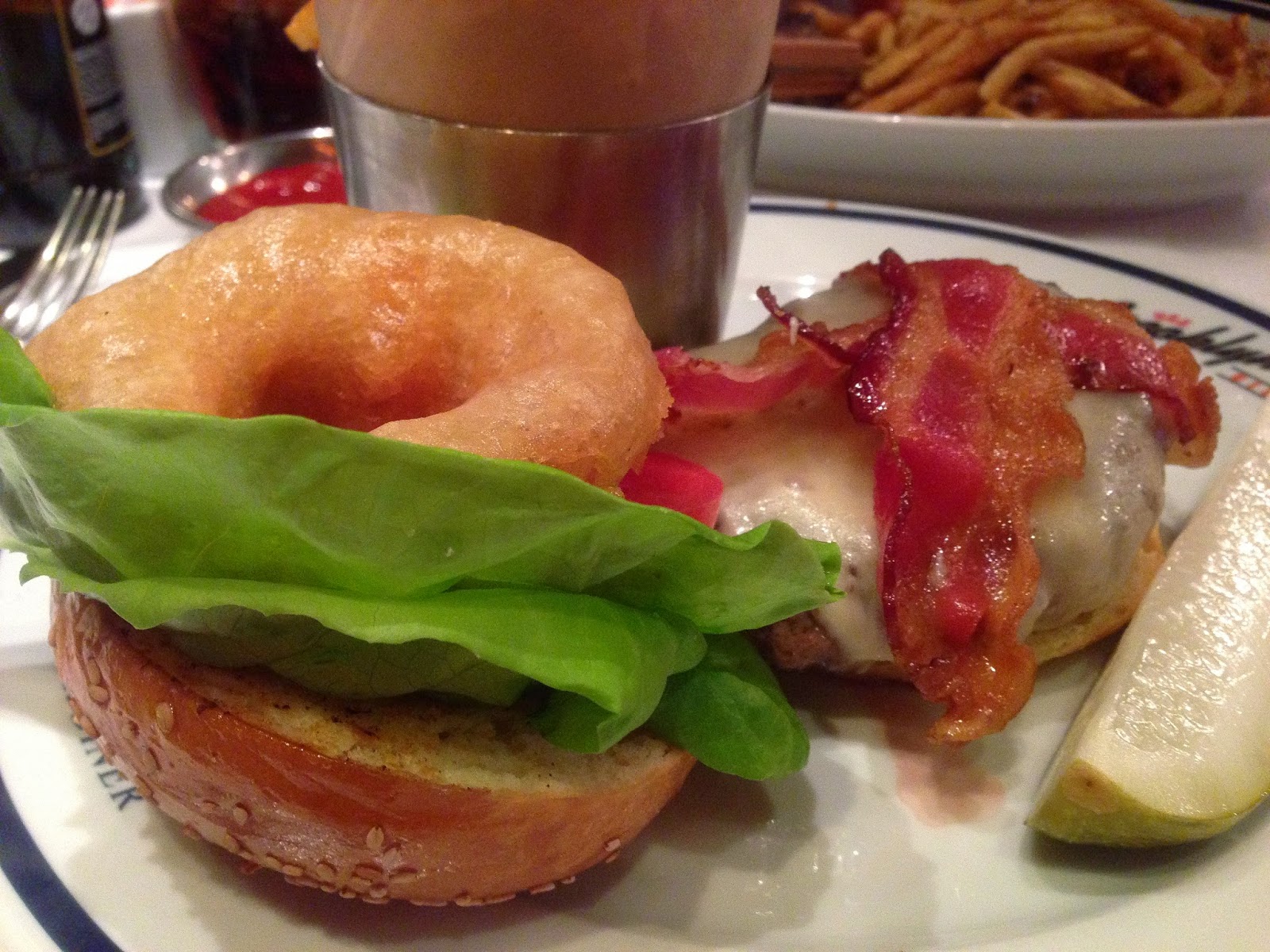 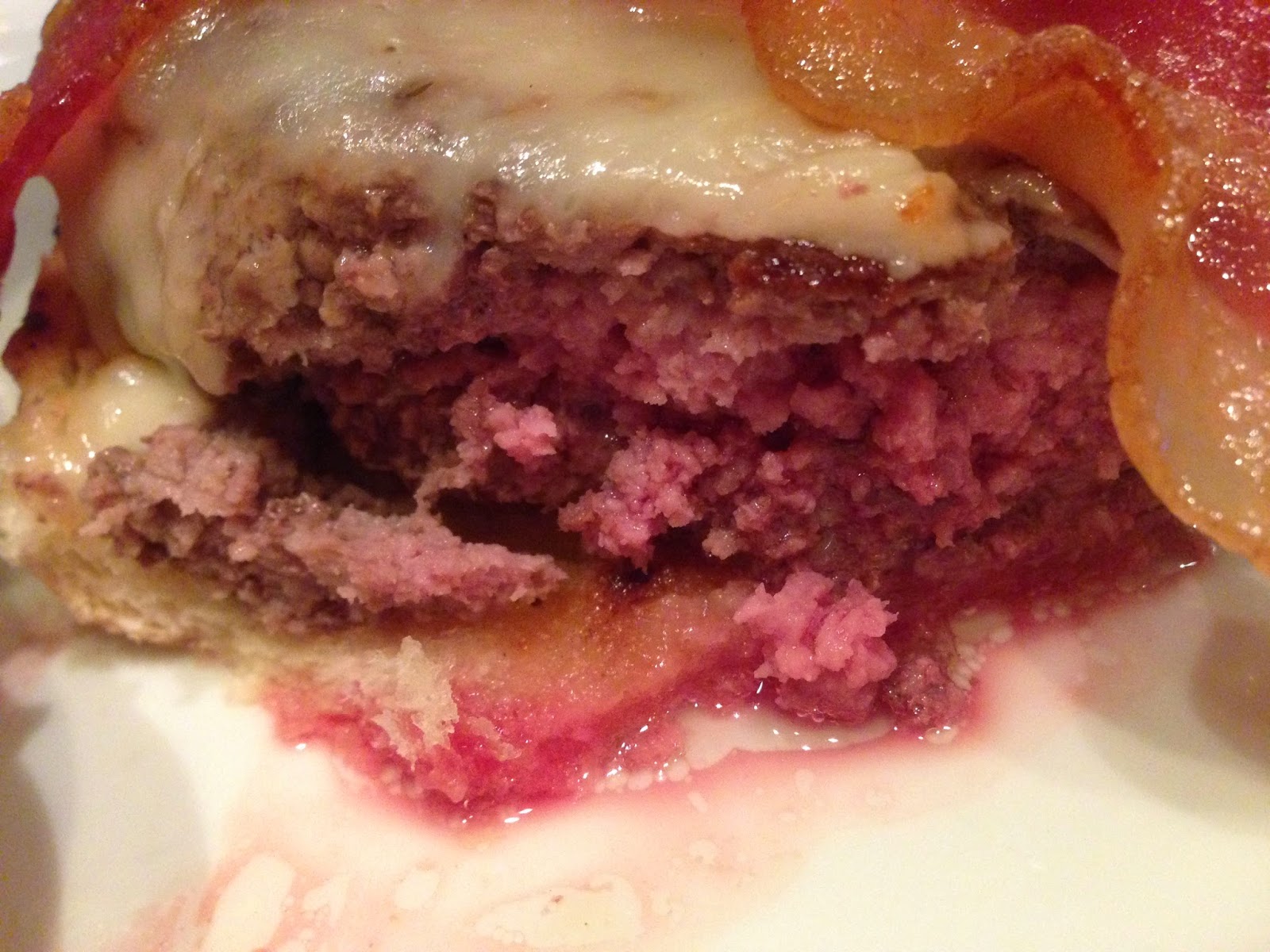 The mains finally arrived. I ordered a Brooklyn Diner Cheeseburger Deluxe. Priced at USD21.75, the dish served with hand-cut french fries, hickory bacon, lettuce, tomato and onion ring. The burger bun was toasted and the beef patty was moist. However, the cheeseburger tasted very ordinary and forgettable. It lacked that wow factor. (Food rating: 2/5) 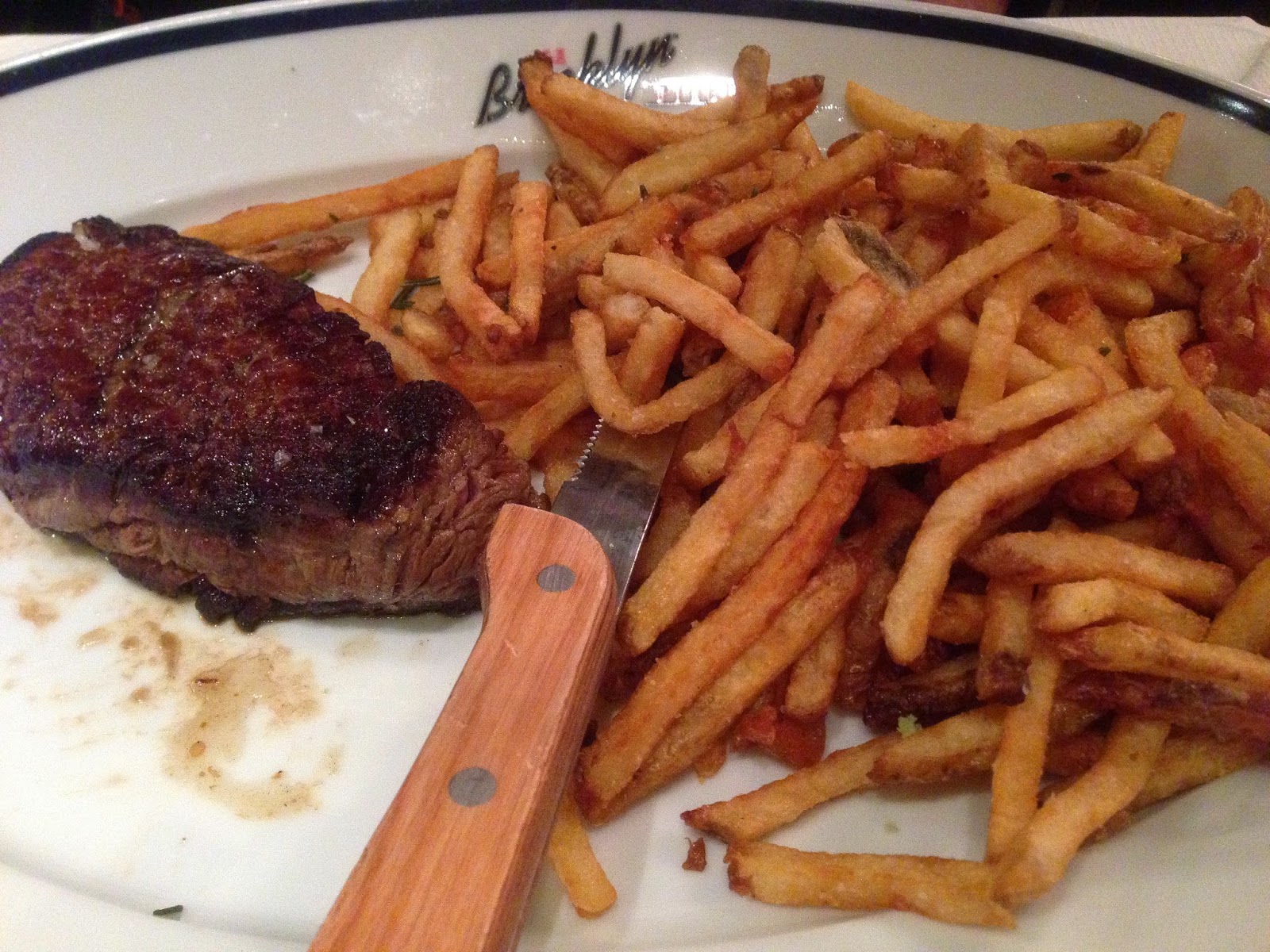 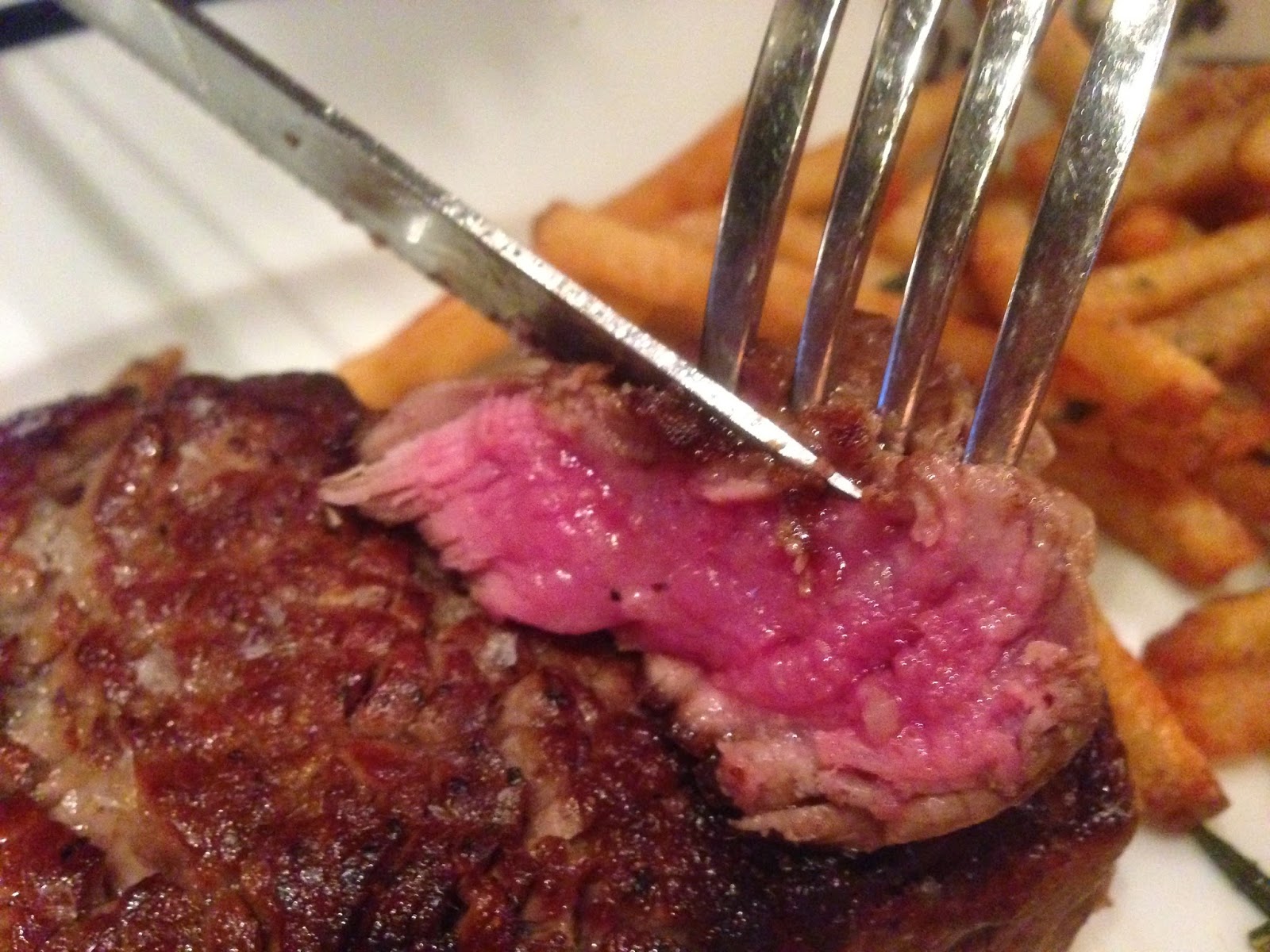 Filet Mignon (8 oz.) served with hand-cut french fries or spaghetti with red gravy. Priced at USD38.00, we chose to have fries. When it was served, we were shocked to see the huge portion of french fries. It is a wonder how one could finish all these fries. Although the steak was tender and moist, it was way too salty. There were still grains of salt on the filet it was served. We were thirsty for water. (Food rating: 2/5) 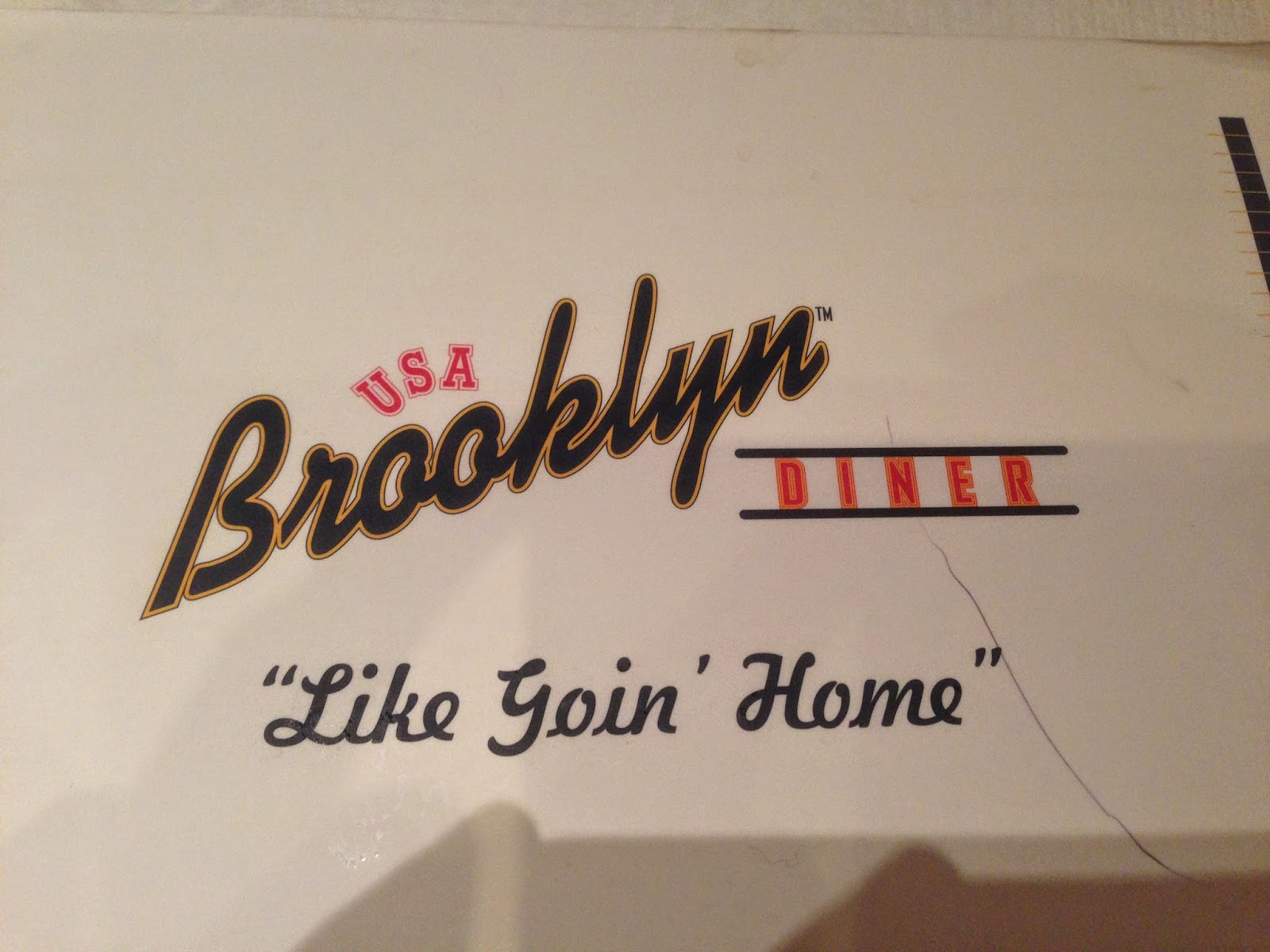 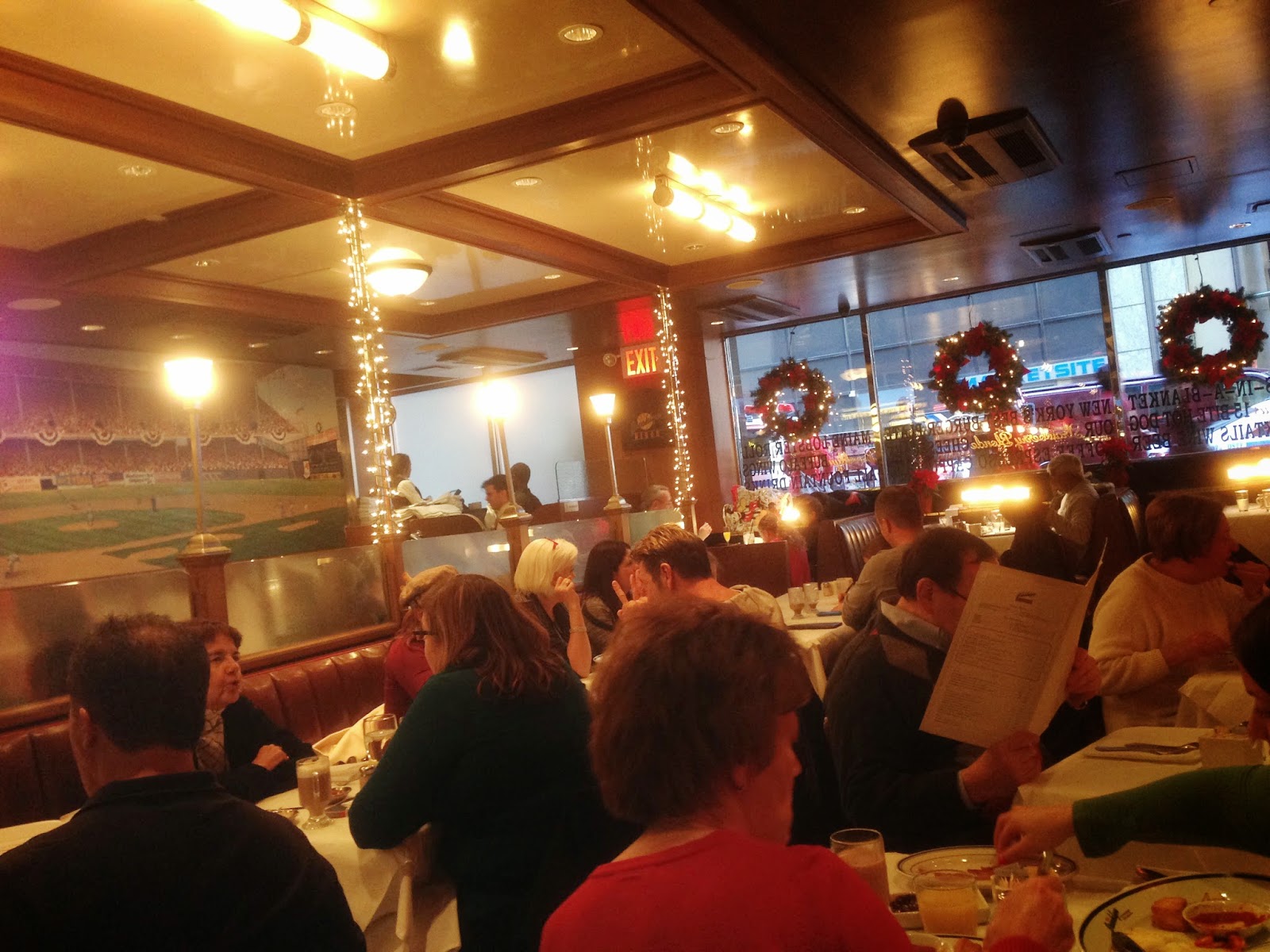 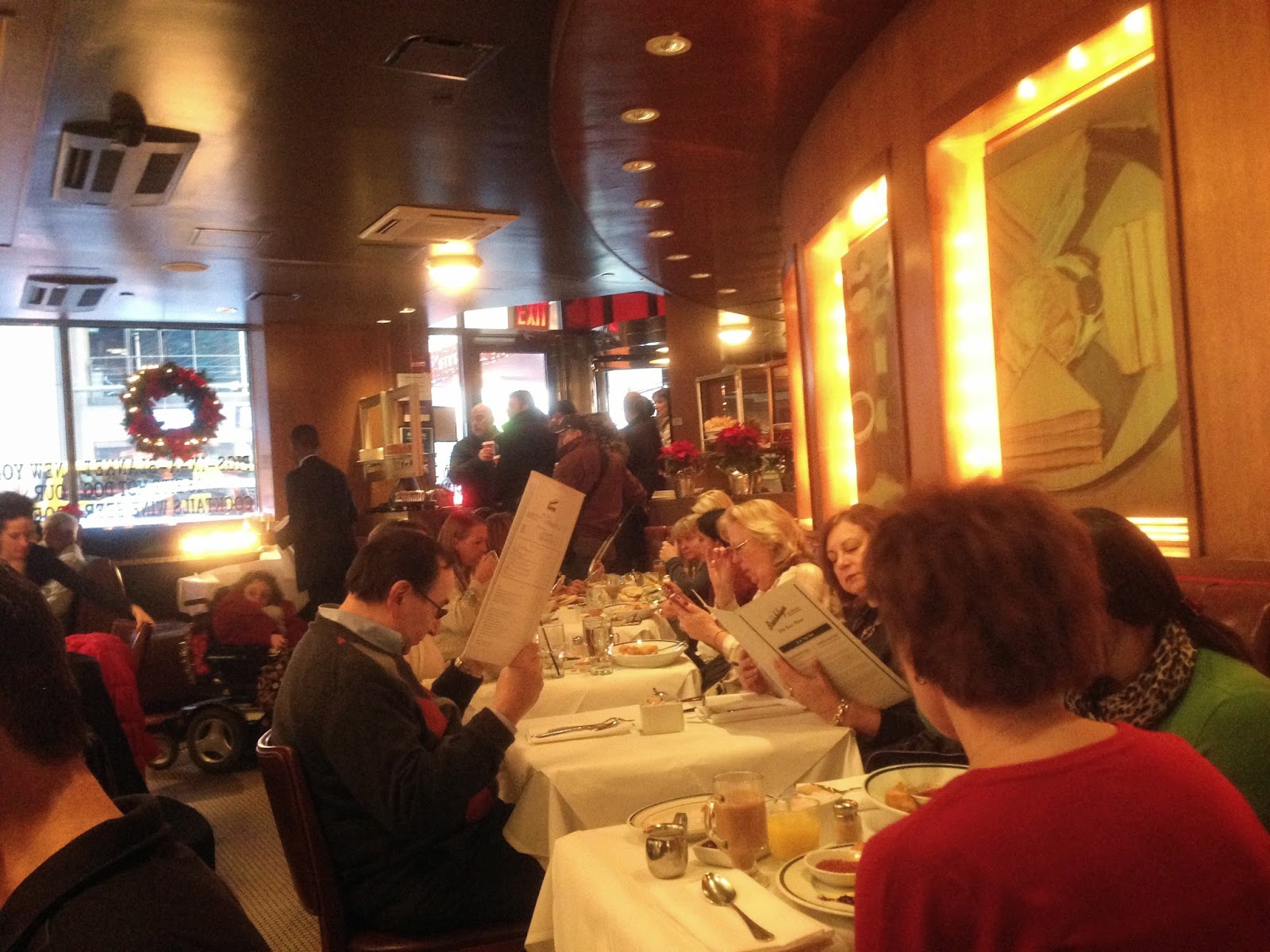