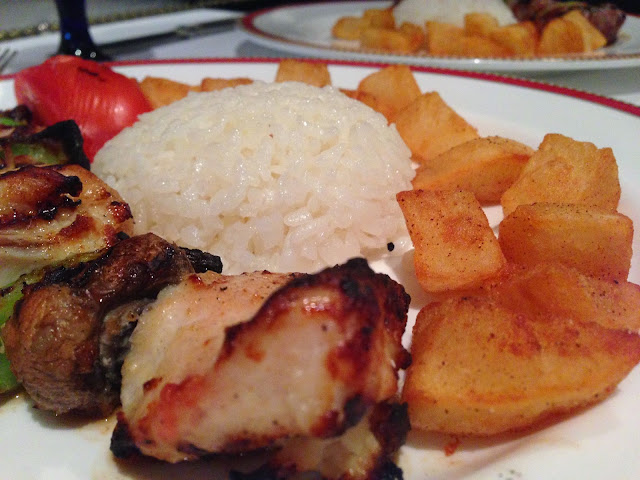 Turkish cuisine comes mostly from the heritage of Ottoman cuisine, which could be described as an amalgamation and refinement of Central Asian, Caucasian, Middle Eastern, Mediterranean and Balkan cuisines.


Turkish Kitchen resembles the melting pot of culture in New York City. Located in the Murray Hill section of Manhattan, the restaurant serves the polyglot cuisines of Istanbul and the Anatolian provinces with resolute authenticity.

My friend and I were touring in New York and wanted to try the different cuisines in this melting pot. Highly recommended by our common friend, we wanted to share our dining experience at Turkish Kitchen in this blog.

Dining at Turkish Kitchen was an pleasant experience. We arrived five minutes after noon and we were the third group already. By 12.30pm, the restaurant on the ground level was almost full. The number of customers coming for lunch was neverending. The second level was open to accommodate large groups during the peak hours. Despite the busy lunch hours, the serving staff was still attentive and friendly towards the customers.

One interesting observation at the restaurant was that you hardly hear any irritating sound of the metal forks and spoons and porcelain plates. Every staff were very attentive whilst they cleared the empty plates and utensils. It was something that you should look out when you are dining at Turkish Kitchen. 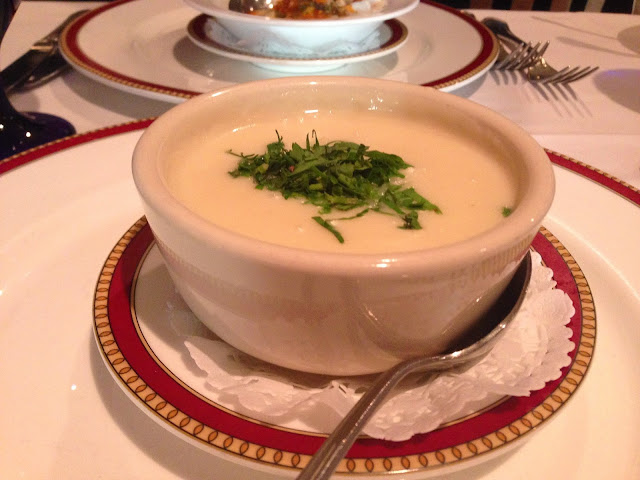 The soup of the day was cream of chicken. We loved the soup a lot. If you think it would taste like Campbell's soup, you are wrong. Today's weather was very cold. The soup warmed the cockles of our hearts. There were real chicken cubes in the soup and the soup was garnished with herbs. The soup was delicious and not salty which made it pleasant. (Food rating: 4/5) 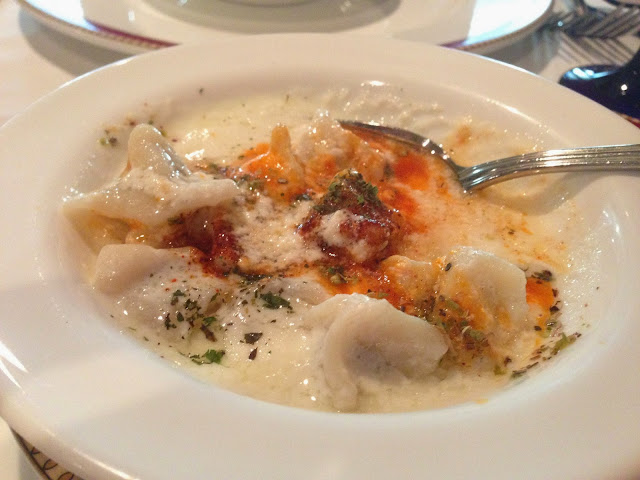 Manti was dumplings popular in the Turkish cuisines. It was believed that this dish originated by Uyghur Turks living in China and was carried across Central Asia to Anatolia by the Mongols. In simple explanation, Manti was ravioli with yogurt sauce. At Turkish Kitche, the dish was served with poached beef dumplings in garlic yogurt sauce. The mini sized beef dumplings were easy to eat with the sauce and they brought out the sweetness from the minced beef. (Food rating: 4.5) 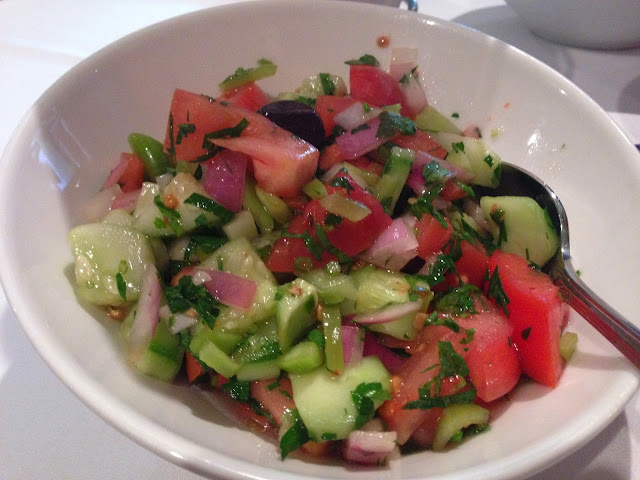 The Shepherd Salad comprise fresh tomato, cucumber, parsley, green pepper and onion mix. The vegetables were very fresh. However, the sauce was too salty. If you drain the salad sauce, the salad tasted great. (Food rating: 3/5) 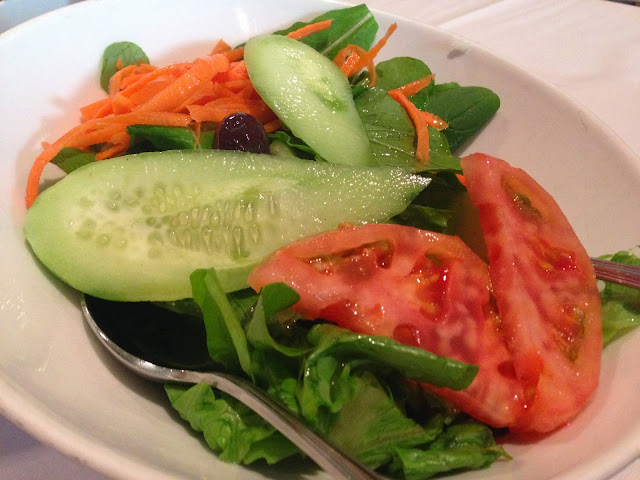 The Green Salad was very refreshing, comprising fresh cucumber, tomatoes, Romaine lettuce, arugula (salad rocket) and shredded carrot mix. The salad was then served with olive oil and lemon dressing. What we liked about the salad was the simple salad dressing and the fragrant olive oil. Compared to the Shepherd Salad, we liked this better. However, they could consider cutting the cucumber and tomatoes into smaller bite sizes. (Food rating: 3.5/5) 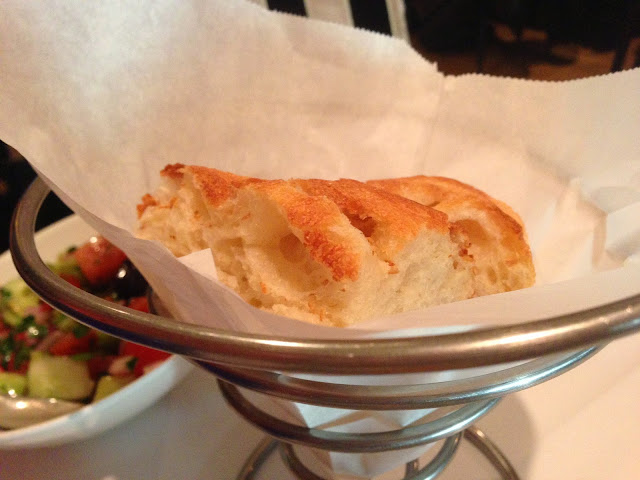 We were served with free bread loaf. The bread was crispy on the crust and the insides were soft. The bread was warm when it was served.  Do consider dipping the bread into the delicious cream of chicken soup for it was awesome. (Food rating: 4/5) 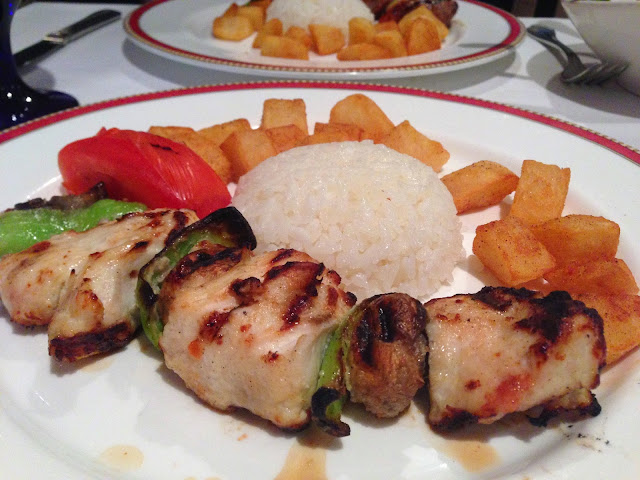 The Mantarli Tavuk Sis was char-grilled skewered cuts of chicken breast and mushrooms served with Pilav and pan fried potatoes. The chicken breast chunks were very tender and moist. The charred areas of the chicken enhanced the taste. The chicken meat tasted fresh too. The mushrooms were marvellicious with the juices exploded into your mouth. The pilav or rice in Turkish style was prepared differently. Similar to the Hainanese Chicken rice, the pilav (flavoured rice) was cooked in butter and stock that gave it a buttery and creamy taste. The rice smelled very nice and the taste was divine. Lastly, the pan fried potatoes were awesome. Each potato cube were nicely cut and pan fried. These potato chunks were crispy on the outside and soft in the inside. Eating all of them was a delight. (Food rating: 4/5) 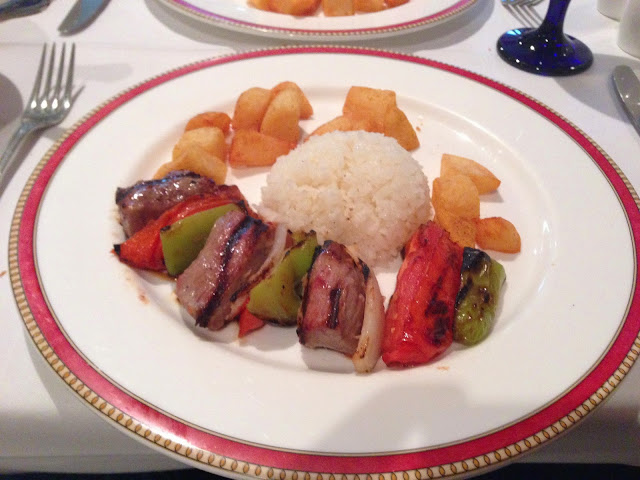 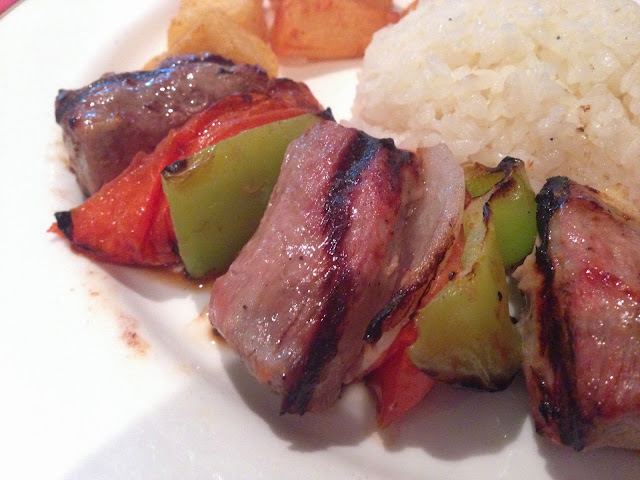 The Sis Kebab was char-grilled skewered cuts of baby lamb served with rice and pan-fried potatoes. Cooked to medium, the lamb remained tender and juicy. The charred parts of the meat added the oomph to the other people. Each piece of the lamb cuts were delicious. The meat was a must try but it may be a little gamey. (Food rating: 4/5)

After the delicious appetiser and good entree, we were served with hot beverages (coffee or tea) and desserts. 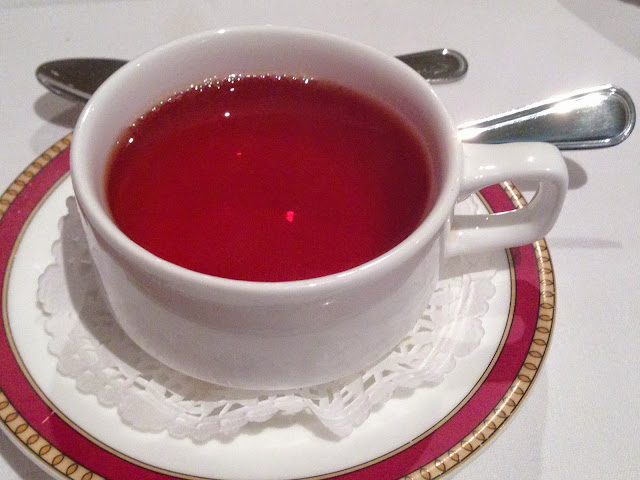 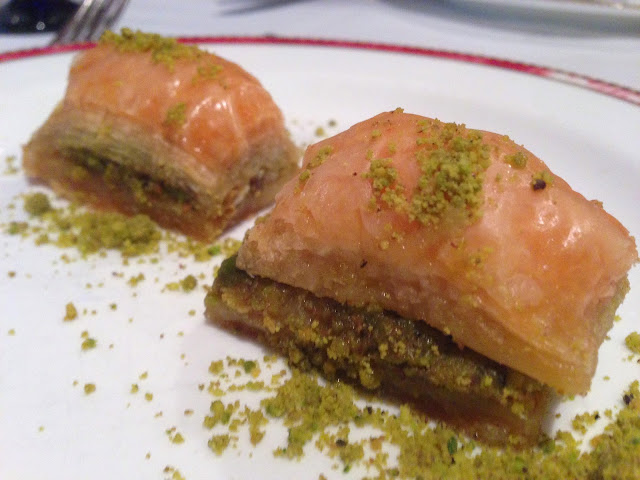 Baklava is a sweet pastry dessert which is one of the traditional desserts in the Turkish cuisine. The chopped pistachios were filled between the layers of the pastry sheet and then dipped in sugar syrup. The chopped pistachios remained fragrant despite the sweetness. This dessert was very sweet and the bitterness of hot beverage (coffee or tea) complemented it very well. (Food rating: 4/5) 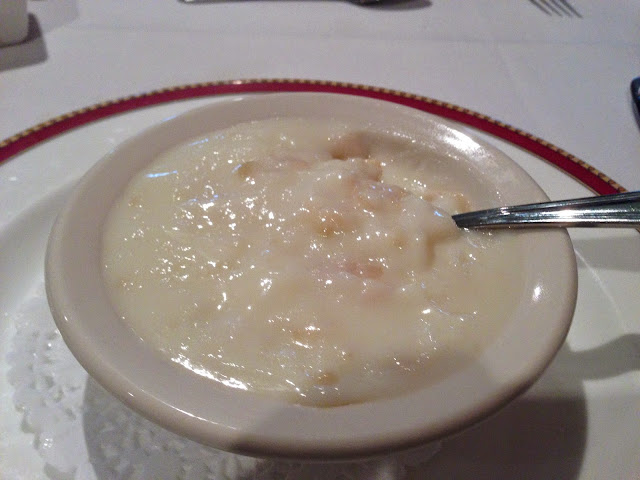 The Keskul was made of almond slices and milk pudding. This was one of the many milk puddings from the Turkish cuisine. I was skeptical when I heard from the server that it was almond pudding. I wondered if it would taste like the Chinese style almond pudding which tasted very synthetic. I was surprised of its sweetness and nice texture. The milk pudding was curdy in texture, which felt like baby food. The almond slices were generous in the dessert and were delectable. The bitterness of the hot beverage (coffee or tea) also complemented the sweet dessert very well, balancing the two sensations. (Food rating: 4/5) 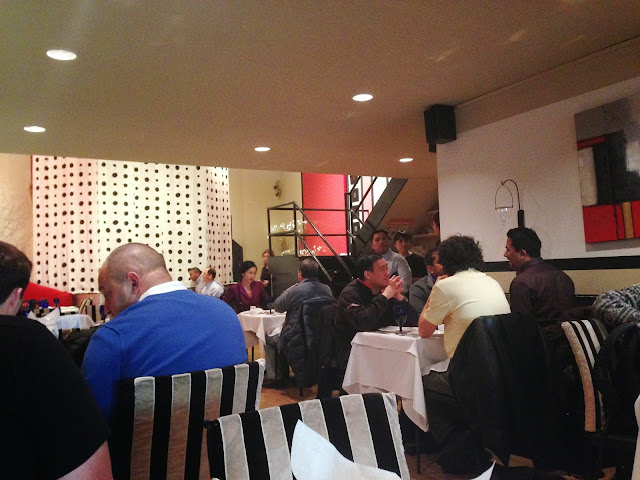