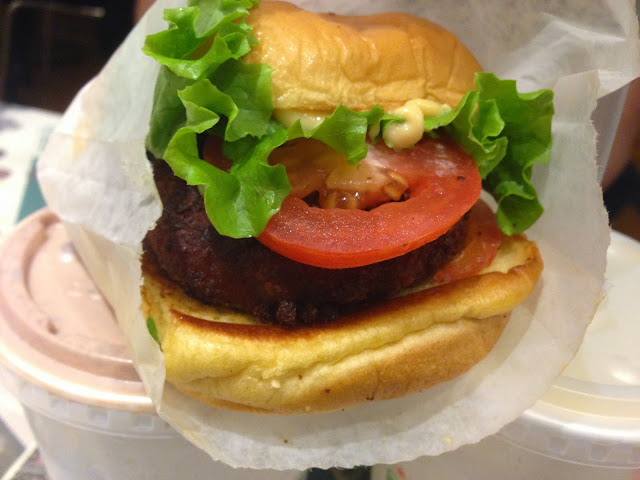 In 2001, Shake Shack started from a hot dog push cart in Madison Square Park in Manhattan. The food cart was so successful that its fans queued daily for three consecutive summers. It was in 2004 that Shake Shack was born when it won the bid to open a permanent kiosk in the park. The alfresco dining burger stand serves the most delicious burgers, hot dogs, frozen custard, shakes and other beverages that it became a permanent fixture in the neighbourhood.
Since its inception, Shake Shack expanded rapidly. In New York, it has about fourteen outlets. It has footings in other states and countries worldwide too.

As its flagship store at Madison Square Park was temporarily closed, we went to the outlet at Grand Central Terminal. Already, we saw long queues and people were waiting to pick up their food orders. 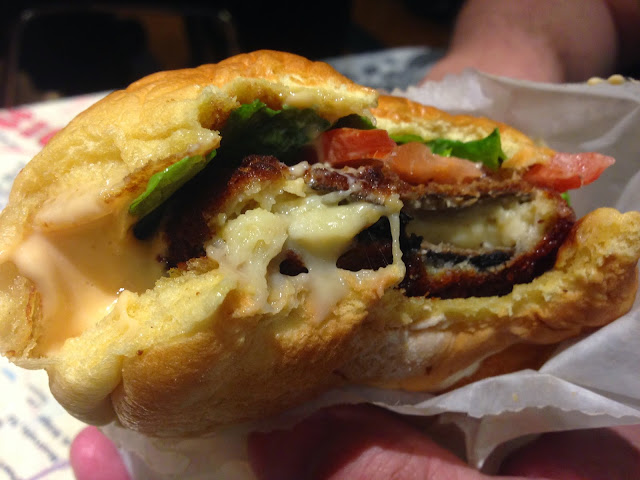 Priced at USD6.90, we ordered a 'Shroom Burger. This vegetarian burger was made up of crisp-fried portobello mushroom filled with melted muenster and cheddar cheese, topped with lettuce, tomato and shake shack's homemade sauce. With calories of 490, the burger was still a must try. What we loved most about the burger was the fragrant portobello mushroom and the melted cheese. The mushroom was wrapped over the cheese and the melted cheese oozed out at each bite. The burger bun was soft and the vegetables were fresh and crunchy. You could order a combo meal which would be your full meal. (Food rating: 4.5/5) 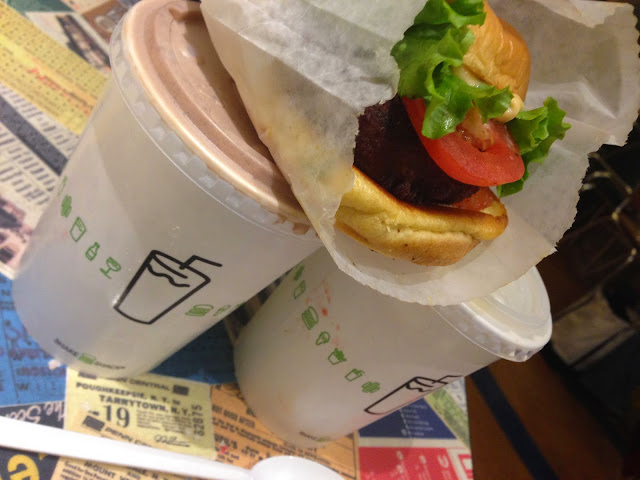 Ignoring the high 690-930 calories, we ordered a cup of milk shake each. We ordered a hand-spun vanilla and chocolate milkshake. Priced at USD5.15 each, the milk shakes were heavenly and comforting.

The chocolate milkshake was also velvety smooth. The chocolate was so rich that you feel as if you were drinking milo dinosaur (very thick chocolate drink). The drink was very addicting too and it was difficult not to stop drinking. (Food rating: 4/5) 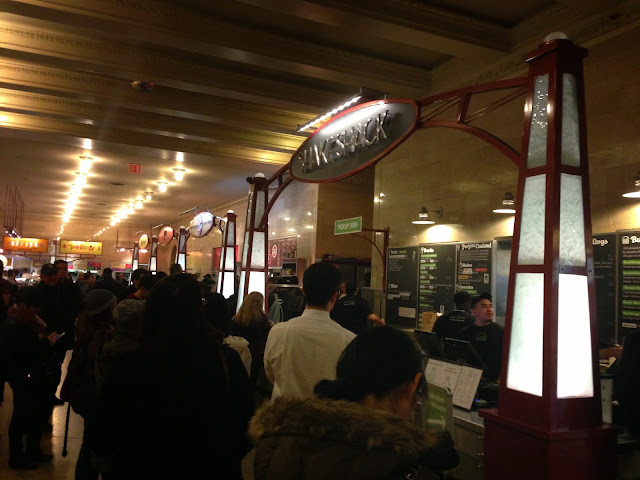