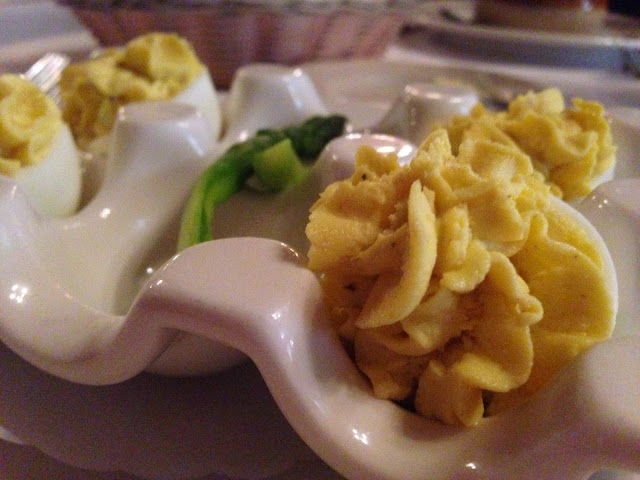 Anthony Bourdain, the American Chef, Author and Television Personality, was formally employed as a chef at Brasserie Les Halles. The restaurant, located along Park Avenue, is a typical Parisian brasserie serving fresh and simple dishes of France's everyday cuisine.


The television host of No Reservations, The Layover, and Parts Unknown, remained a relationship with Brasserie Les Halles and was their 'Chef-at-large'.

As huge fans of Anthony Bourdain, we could not forego this great opportunity to dine at the restaurant, where he used to work.

We arrived just after 1pm and the restaurant was still crowded with people. We were then directed to a small table and was attended by a male serving staff. The service I remembered when I dined a couple years ago was friendlier. The male server was nice but was a little cold. Perhaps he did not know how to mingle with us. We ordered our food and very soon the food was served. One thing for sure was that the food was served quite quickly. Kudos to them for their efficiency. The overall dining experience was normal and I might have expected a lot from this restaurant.

We spent a total amount of USD100 for lunch and left the restaurant rather disappointed. 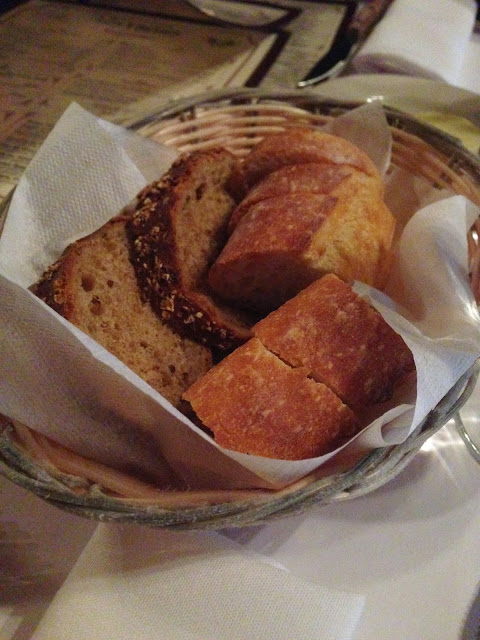 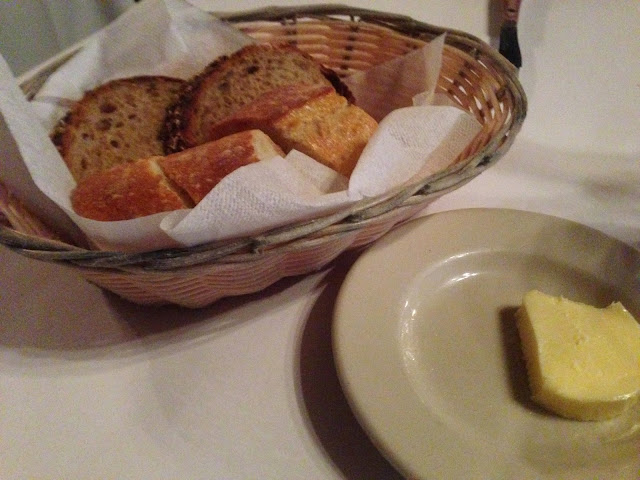 Upon our arrival, we were served with a basket of bread. Though the bread slices were cold, the butter was melted and easy to spread. There were two kinds of bread - multi-grained and normal bread loaves. I preferred the one without the multi-grained as the butter complemented the bread very well. Actually, I could not stop eating it until I was stopped by my friend. 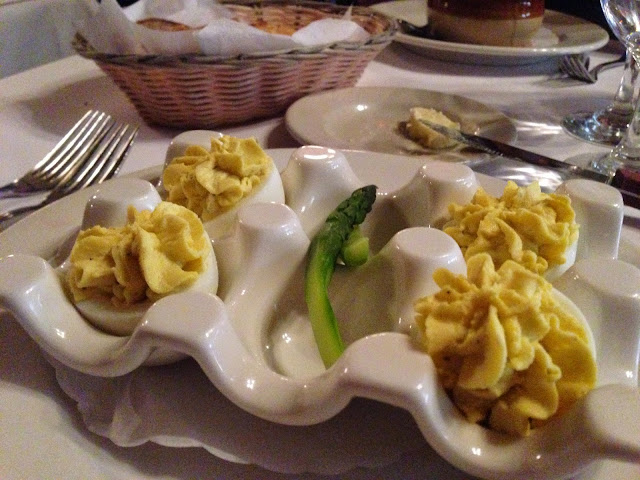 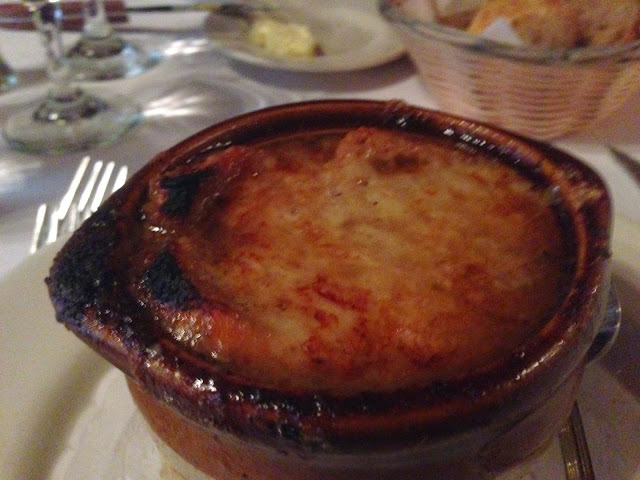 Gratinee des Halles or Classical Onion Soup, priced at USD9.50, was fun eating it. The melted cheese was generous and I had fun eating and pulling the cheese from the bowl to my mouth. The soup had two tastes - the saltiness from the cheese and the sweetness from the onions. However, the onions had a slightly bitter aftertaste. (Food rating: 2.5/5) 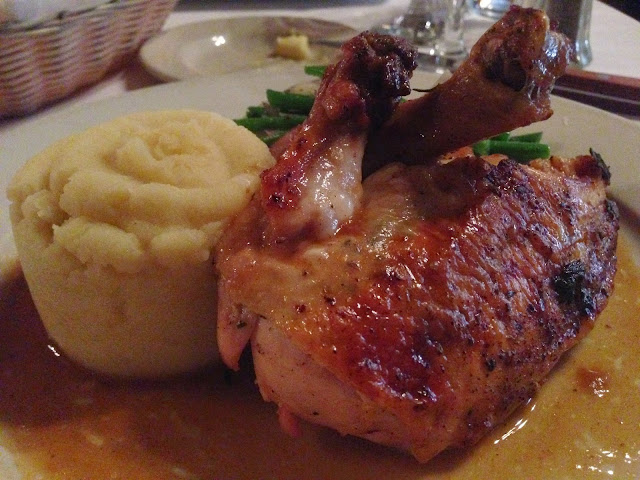 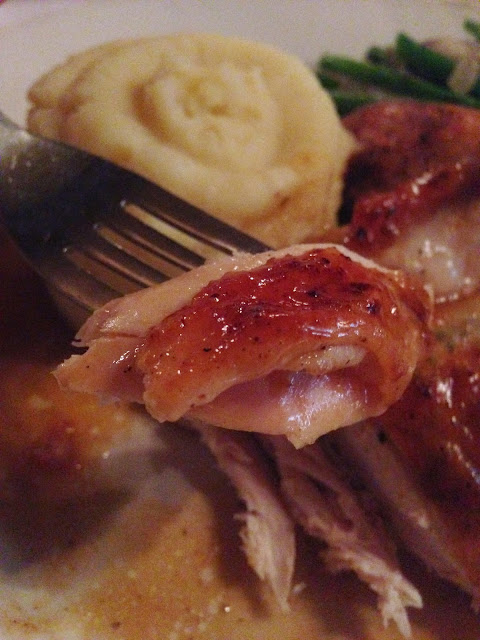 Poulet Roti, Pommes Mousseline or oven roasted Amish Chicken, Yukon Gold mashed potatoes and string beans, priced at USD19, was a great test of culinary skills as far as I am concerned. When the oven roasted chicken was served, I was a little disappointed. The chicken meat was rather dry, especially for the chicken breast and it was also quite gamey. The chef might have added some spices to muffle the gamey taste but the dryness of meat was rather unexceptable in my case. The roasted chicken in Poulet and Nandos tasted much better in terms of tenderness. The mashed potatoes were normal but the sauteed string beans were the best on the plate. The crunchy and fresh string beans were absolutely a delight. (Food rating: 2.5/5) 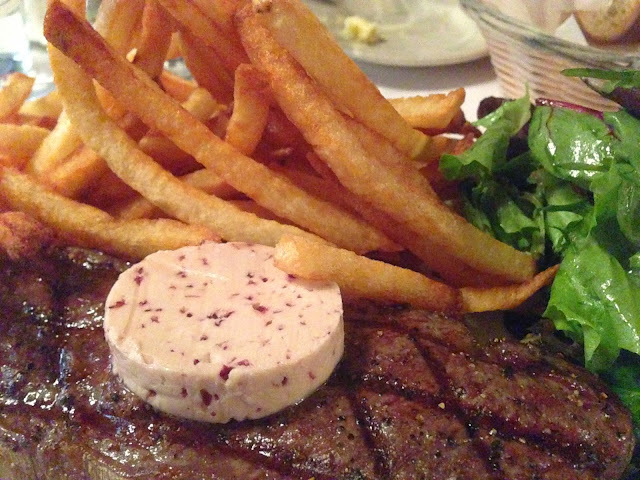 The lightly salted steak was delicious. Using only salt to bring out the nice flavour from the nice juicy steak was impeccable. The steak was grilled on a conservative side where it was a little more than medium but the texture was still good. Although I might love fries, the portion was too much that I could not finish them. The green salad was simpler compared to the sauteed string beans. Overall, the plate of steak was normal and nothing for us to really wow at. (Food rating: 2.5/5) 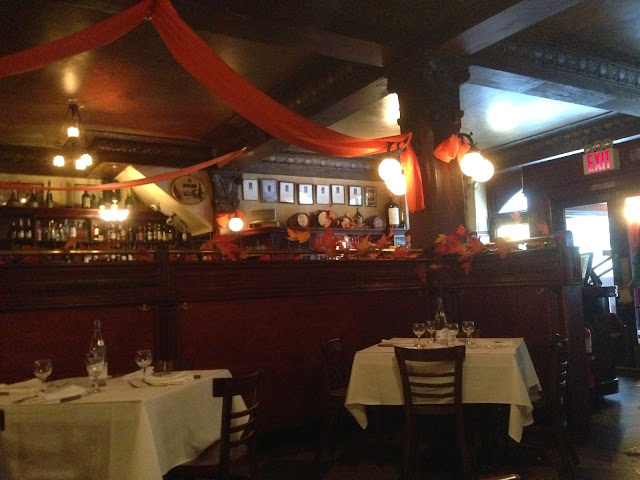 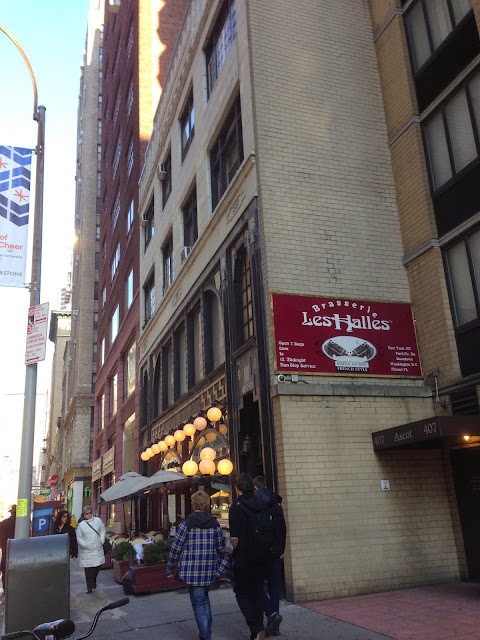