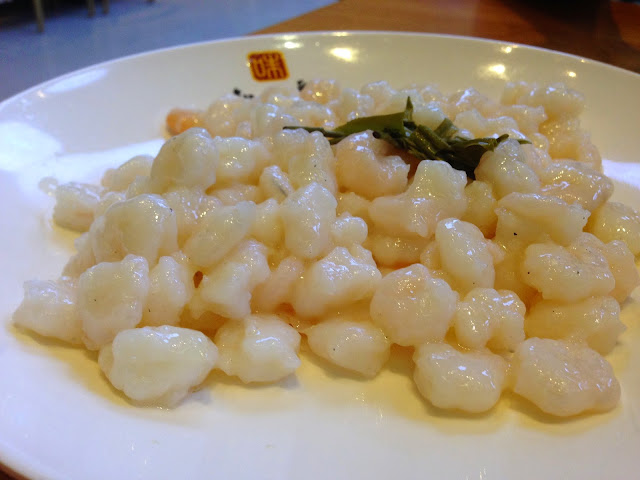 Zhiweiguan (知味观) is one of the popular restaurant chains in Hangzhou besides Waipojia (外婆家). We had an early start and decided to have an early lunch at the restaurant. When we arrived at Wulin Road, the popular Zhiweiguan restaurant food chain was ready to serve lunch.

Without any hesitation, we went in and ordered three dishes – The beggar’s chicken (叫化童鸡), Stir-fried shrimps with Longjing Tea leaves (龙井虾仁), and vermicelli (家乡炒米粉丝). The restaurant was said to serve authentic Hangzhou cuisine and was a cheaper version of Waipojia. However, we thought otherwise as the prices were very similar. The only difference was the service they rendered. It was more self-service at Zhiweiguan whereas Waipojia had a higher brand image.

We spent a total of RMB 181 (SGD36) for these three dishes, two beverages and a bowl of steamed rice.

When the Stir-fried shrimps with Longjing Tea leaves (龙井虾仁) (see photo above) arrived, I was surprised that the dish looked very simple. The shrimps or prawns were small and crispy. I could not taste the fragrant Longjing (龙井茶) Tea (one of China's most famous green tea) but I could taste the saltiness in the dish instead. The shrimps were coated with corn flour before they were stir-fried to give that tender and crispy texture. The shrimps were salty until we had to drink quite a lot of water. (Food rating: 2/5) 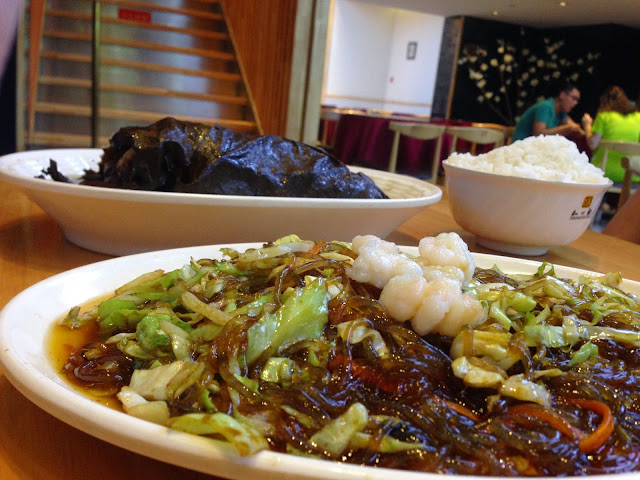 The vermicelli (家乡炒米粉丝) in Chinese means Homemade Fried Vermicelli. Thinking that it was the fried vermicelli that we eaten at Waipojia or Promising, we ordered a serving excitedly. When the dish was served, we discovered that the vermicelli was cooked with thicker translucent noodles, cabbage and chilli oil. The chilli oil was very generous but lacked spiciness. It was the most enjoyable dish amongst the three. The only thing was that the dish was a little too oily, otherwise, it was quite enjoyable. (Food rating: 2.5/5) 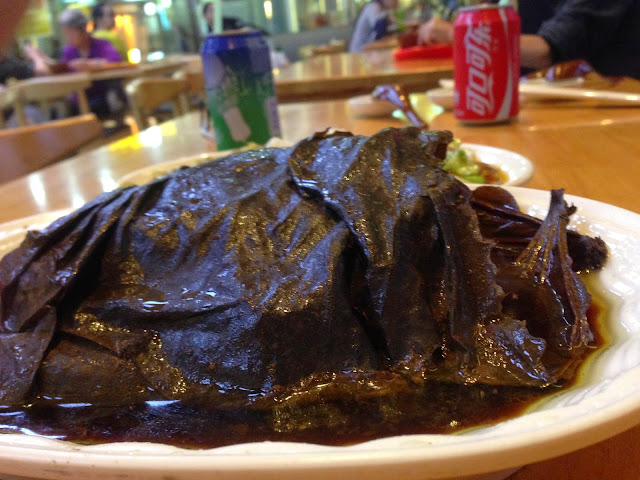 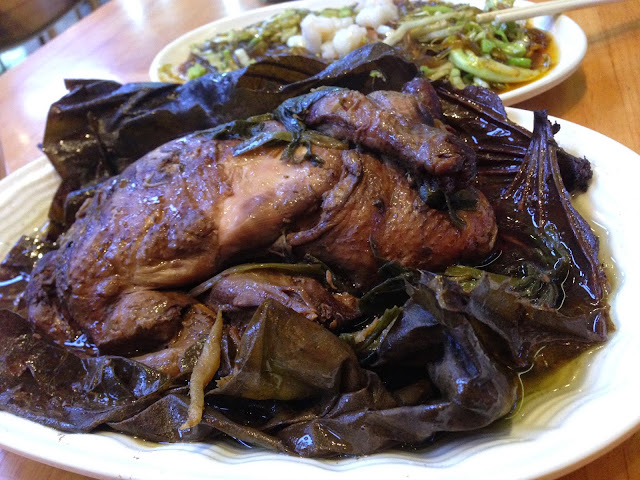 We tried the beggar’s chicken (叫化童鸡) when we were here the last time and were excited to try this dish again at Zhiweiguan. Legend says that there was a beggar who found a chicken. He wrapped the chicken with mud and cooked it under the fire, hiding from every one. The chicken trapped in the mud could be cook without anyone noticing. However, when the chicken was cooked, its fragrance attracted a noble who learnt the cooking method. Today, the chicken is usually wrapped in lotus leaves.

We flipped the lotus leaf that wrapped over the chicken and tried the meat. The meat was a little dry. The sauce was very much like the nyonya rice dumpling or the Chinese rice dumpling. Both of us thought that we were eating dumplings. The beggar's chicken was normal. However, this half chicken was priced at RMB98 which was rather pricey. (Food rating: 2.5/5) 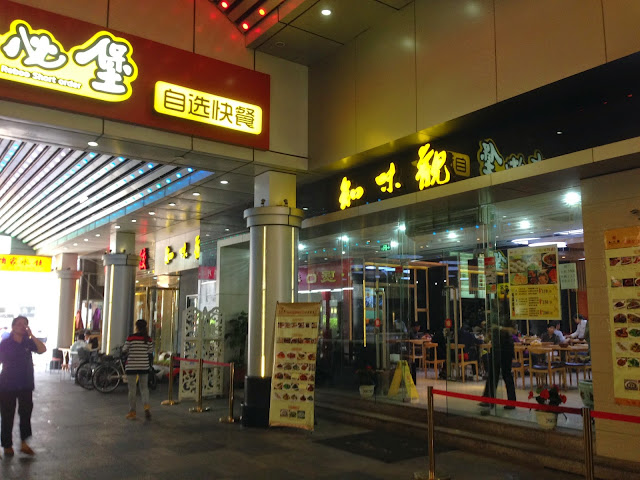 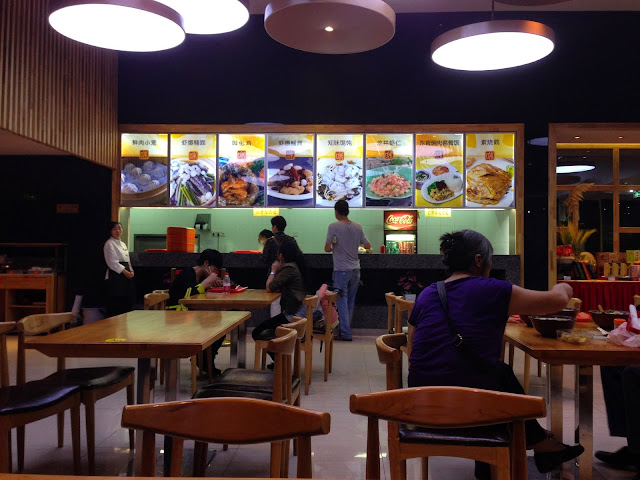 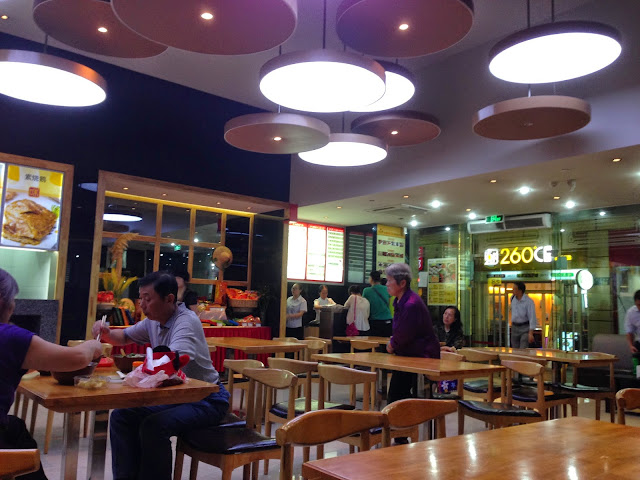