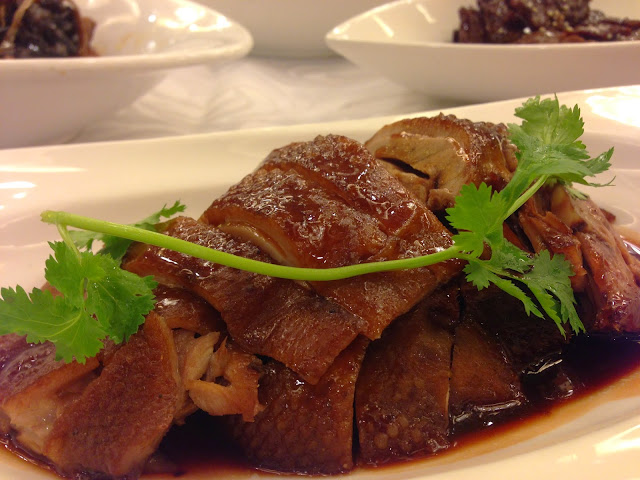 The Old Shanghai Restaurant has a long history. It was opened since 1875. It is rated as one of the most authentic Shanghainese Restaurants in Shanghai. We were at Yuyuan Gardens when we found the restaurant. Without further consideration, we entered the restaurant and found a table almost immediately.


It was lunch time then and we were at the restaurant in the hotel – 上海老饭店 and ordered four appetisers and one main dish. The staff was astonished when we ordered four side dishes. Knowing that the portions of main dishes are usually big, we ordered four side dishes which we think is suitable for us. They are cucumber in sauce of shanghai style (RMB22), Beef with Dried Orange Peel (RMB38), Delicious Dried Wheat-gluten (RMB20), Smoked Duck of Shanghai Style (RMB32) and Stewed Crabmeat with Egg (RMB68).

The final cold dish, Smoked Duck of Shanghai Style, was one of the best amongst the appetisers we ordered. The duck meat was tender and the sauce was aromatically fragrant. Though it was a little sweet too, it still tasted good. (Food rating: 3.5/5) 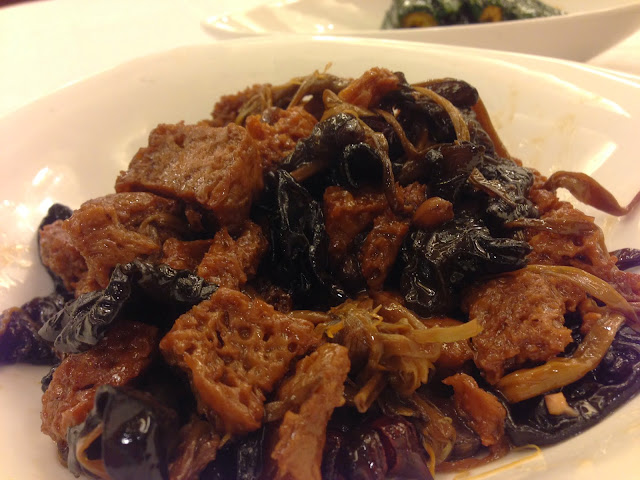 The Delicious Dried Wheat-gluten was another sweet cold dish. The dish comprised wheat gluten cubes, black fungus and peanuts immensed in sweet sauce. It was delicious but it was still too sweet. (Food rating: 3/5) 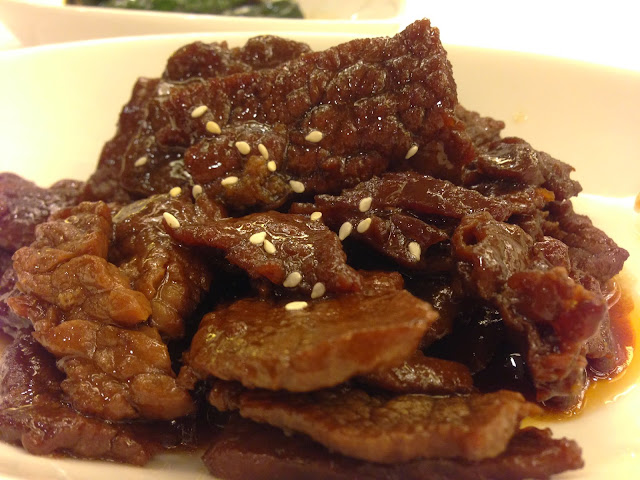 Beef with Dried Orange Peel was another cold dish. It tasted so much like the sweet pork / beef that my mother used to cook at home. The meat was a little tender but the sauce was a little too sweet. (Food rating: 3/5) 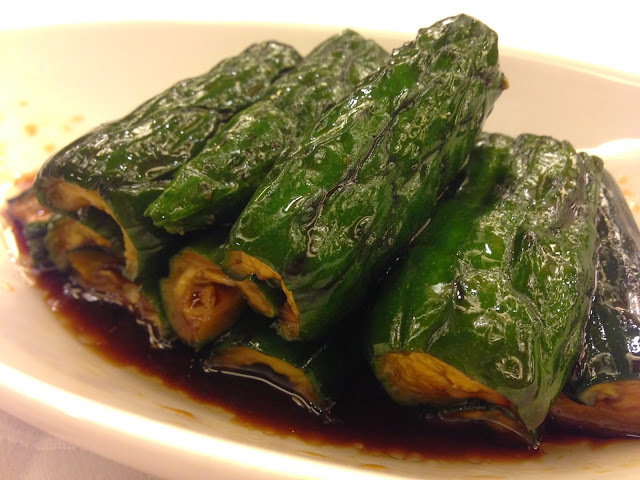 The Cucumber in Sauce of Shanghai Style was very refreshing, especially when we walked in a hot weather this morning. The sauce tasted very much like the sauce from our local Hainanese Chicken Rice. It tasted like sesame oil in light soy sauce. (Food rating: 3.5/5) 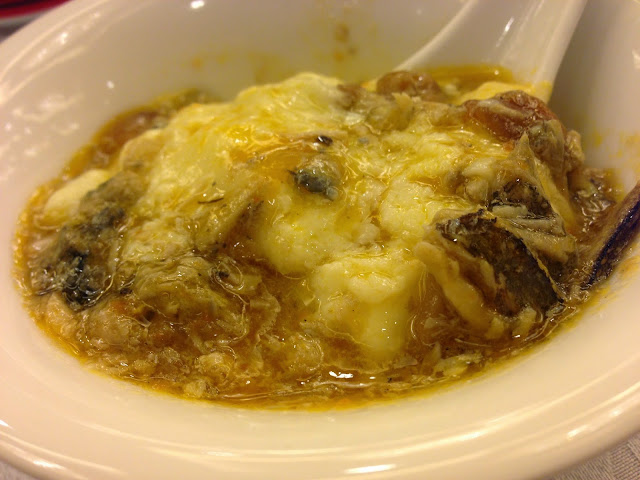 The last item served was Stewed Crabmeat with Egg. It was actually stewed crabmeat over steamed egg. Initially, I thought it was crabmeat soup, and I was wrong. The taste of the stewed crabmeat was a little overbearing and the steamed egg was bland. After eating at least half of the dish, we were sick of it. The taste was too strong that we did not want to eat it any more. (Food rating: 3/5) 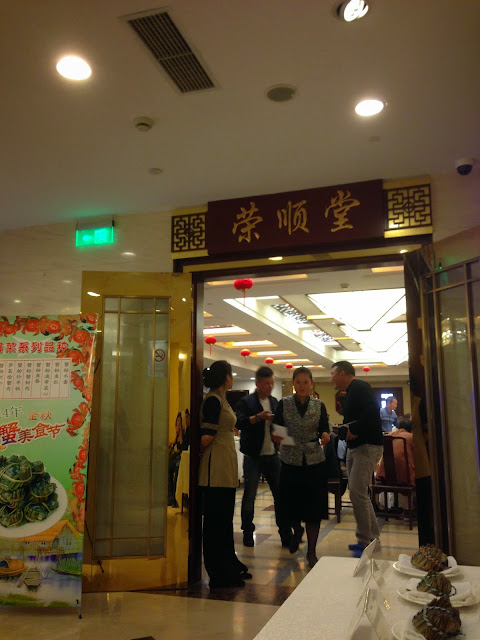