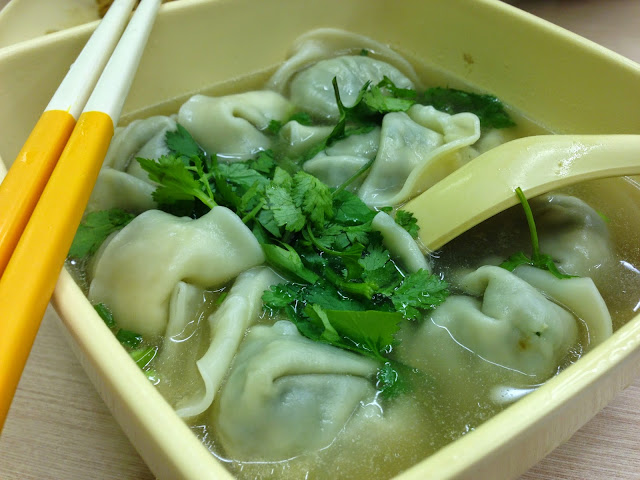 Our initial intention was to try the dumpling place called 自然水饺, but it was not opened at 9.30am. The staff were still preparing the ingredients for the business. Disappointed, we decided to try the other dumpling store across the road - GII Wonton (吉祥馄饨). GII Wonton was a dumpling chain and we ordered three dishes - one plate of noodles and two bowls of dumplings. 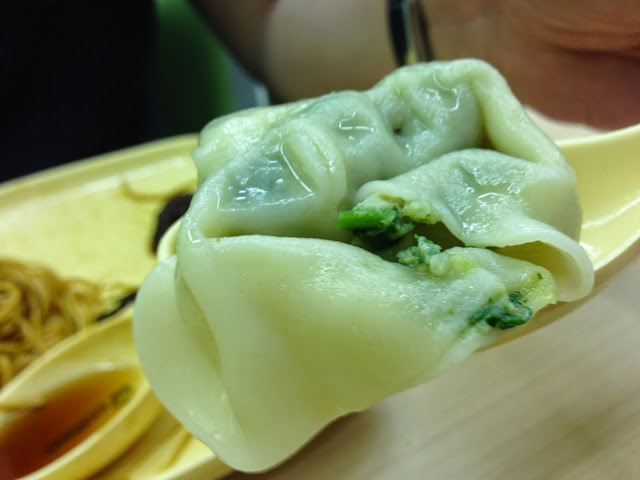 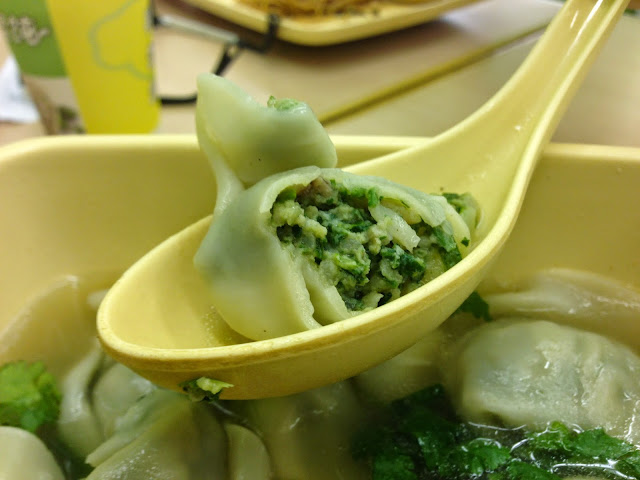 Mushroom and chives dumplings (香菇芹菜鲜肉馄饨) were a set of fragrant dumplings. Priced at RMB 12, the bowl served 11pcs. Each dumpling was as big as a chinese soup spoon. Eating 11 pcs would be a sufficient to be a meal. (Food rating: 3/5) 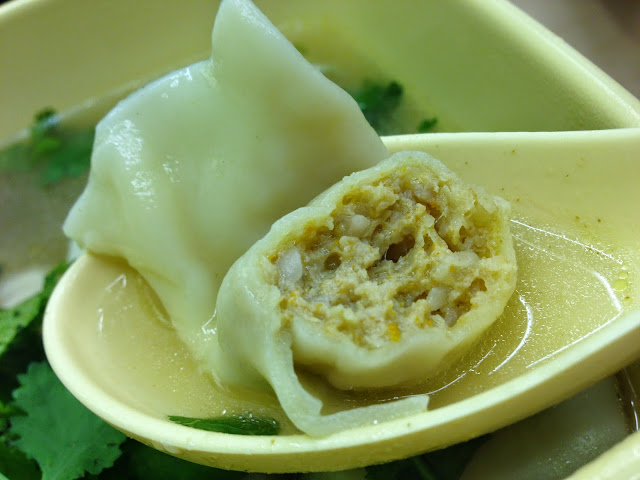 The Crab roe dumplings (蟹黄鲜肉馄饨) was more expensive. At RMB 18, you will get 8 pcs of these dumplings. I did not enjoy the dumplings very much as it has a subtle fishy taste. While I was eating this, I was soaking the dumplings with vinegar. (Food rating: 3/5) 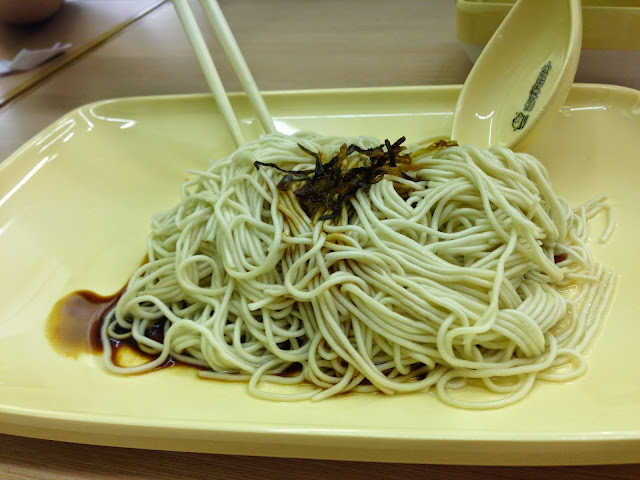 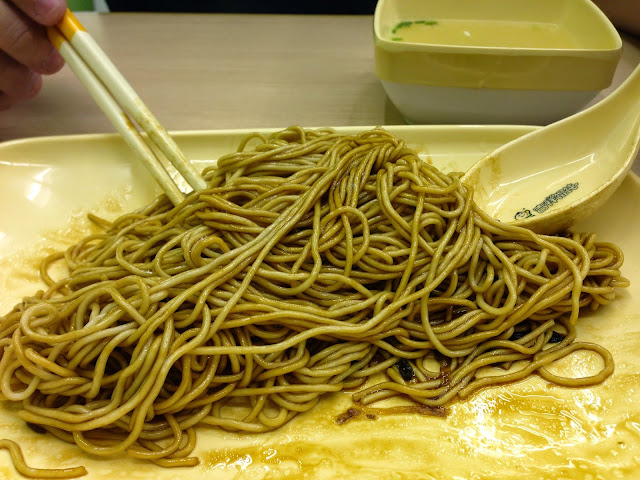 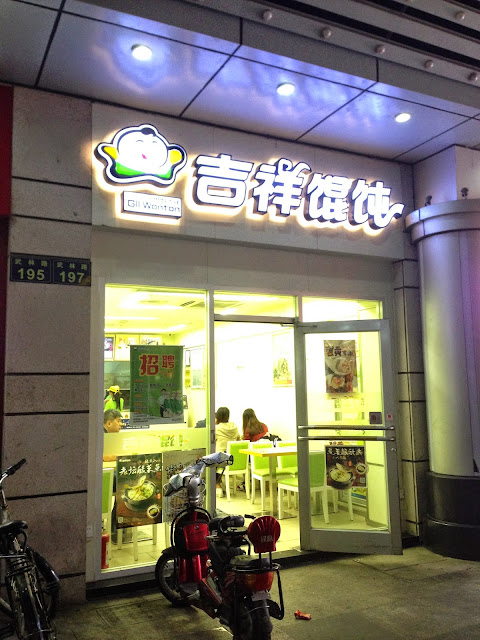