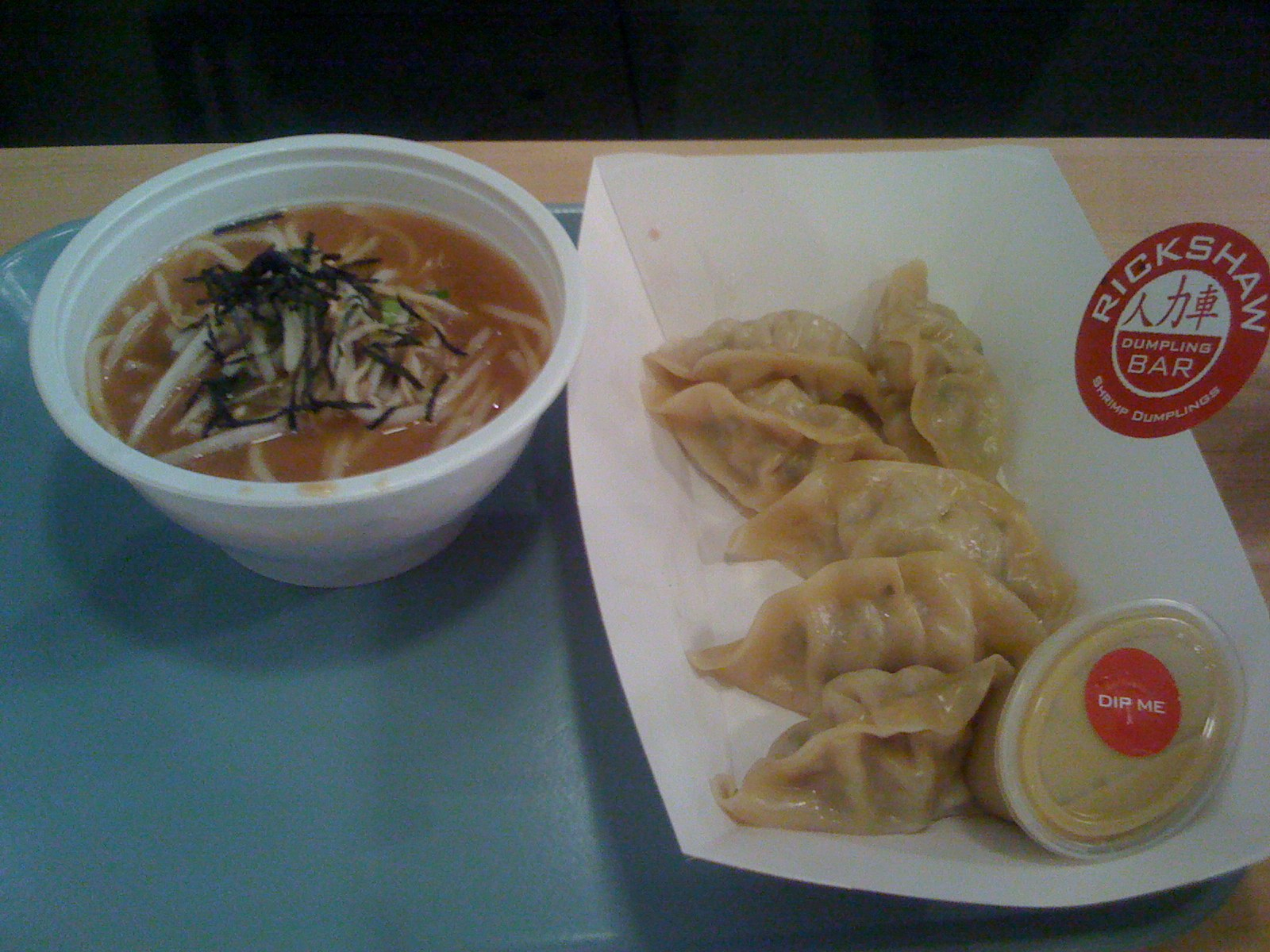 Rickshaw Dumpling Bar is a Manhattan-based fast-casual restaurant chain offering six different types of dumplings and paired sauces, and a selection of salads and noodle soups all created by celebrity chef, Anita Lo. The menu was created, along with celebrity chef Anita Lo, a line of authentic and accessible dumplings and matching dipping sauces such as Peking Duck Dumpling made with locally sourced Hudson Valley Duck, five-spice with a hoisin dipping cause. 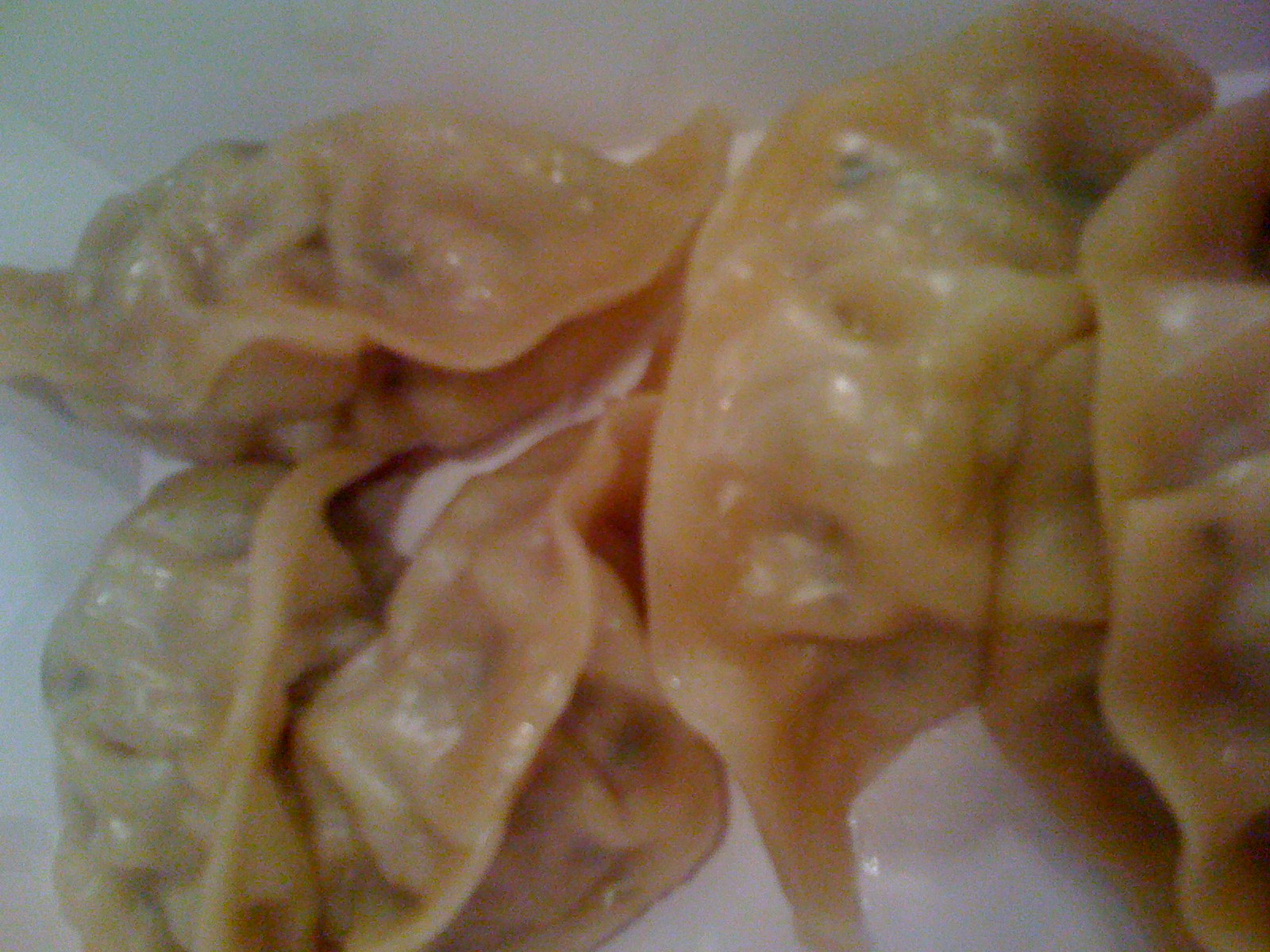 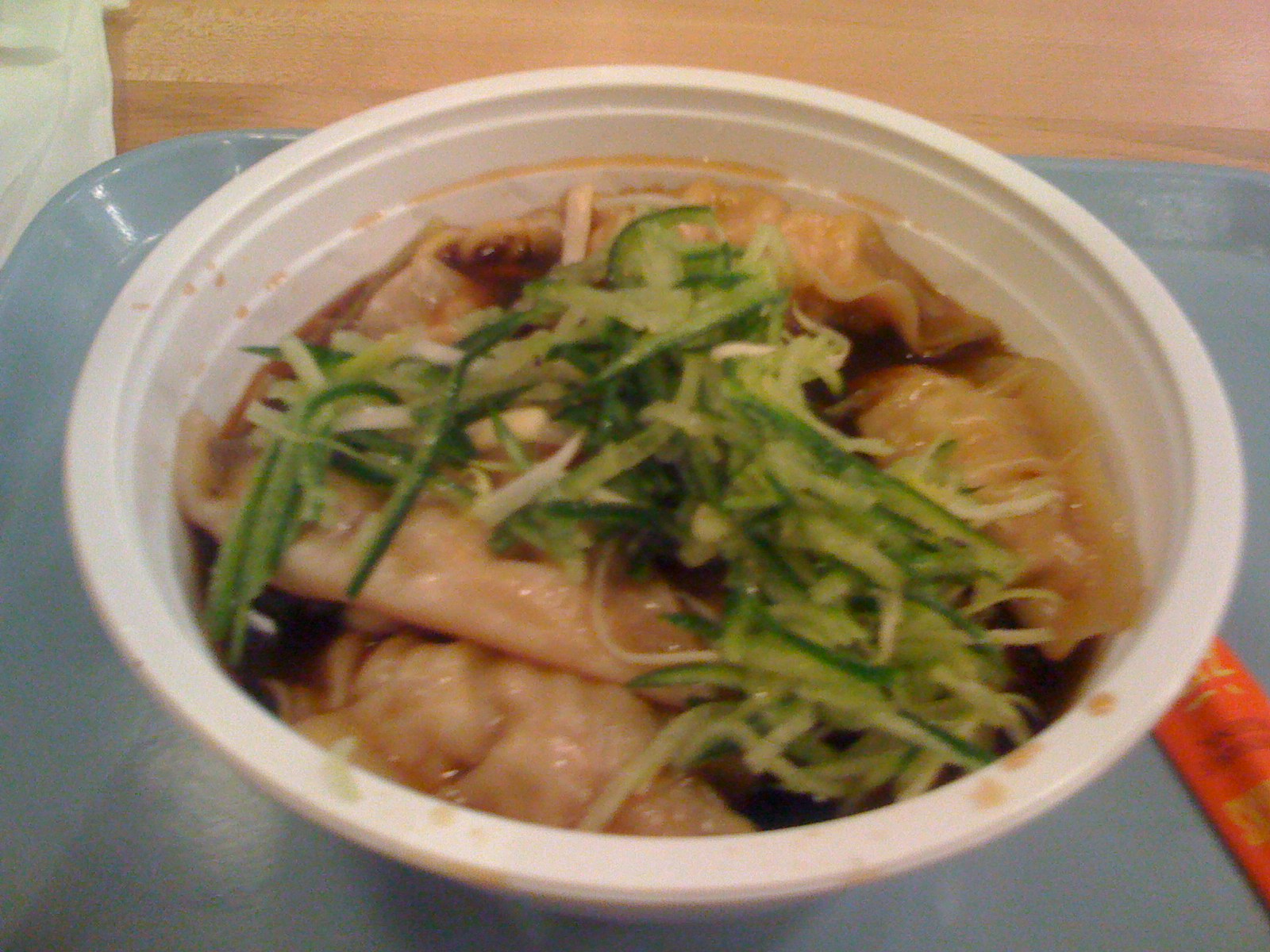 I chanced upon this restaurant near New York University. Without second thoughts, I ordered myself a set of dumplings and noodles soup. Though it seemed to be a popular dumpling joint, the food was very localised. The dumpling skin lacked texture and very chewy. The fillings were so-so. Frankly speaking, I was extremely underwhelmed by its offerings despite its popularity. Every ounce of the food was a disappointment. If you were to ask me, I will not want to return again.
[UDPATE] In December 2013, the mini dumpling takeout empire co-founded by Anita Lo and Kenny Lao closed its doors permanently in NYC.