Nestled midst the quiet neighbourhood at Jackson Heights, you'll find a simple Columbian restaurant, Pollos a la Brasa Mario, along the 7 Train Subway Tracks. You can hear the screeching sounds from the trains while it passes by. For those who are unfamiliar with Columbian cuisine, it varies regionally and is particularly influenced by indigenous Columbian, Spanish, and African cuisines, with slight Arab influence in some regions. Columbian cuisine is generally very flavourful and hearty, not spicy, and it reflects the diversity of the country itself.
The origins of this fine restaurant start with pollos a la brasa which translates to "rotisserie roasted chicken". Their special marinade and cooking process make this poultry the best you'll ever have.
Together with my girlfriends, we went for a brief exploration at Jackson Heights and had lunch at Pollos a la Brasa Mario. On the menu, there are plenty of meat dishes, fish and seafood and their famous chicken or pollos.  The portions were extremely generous. 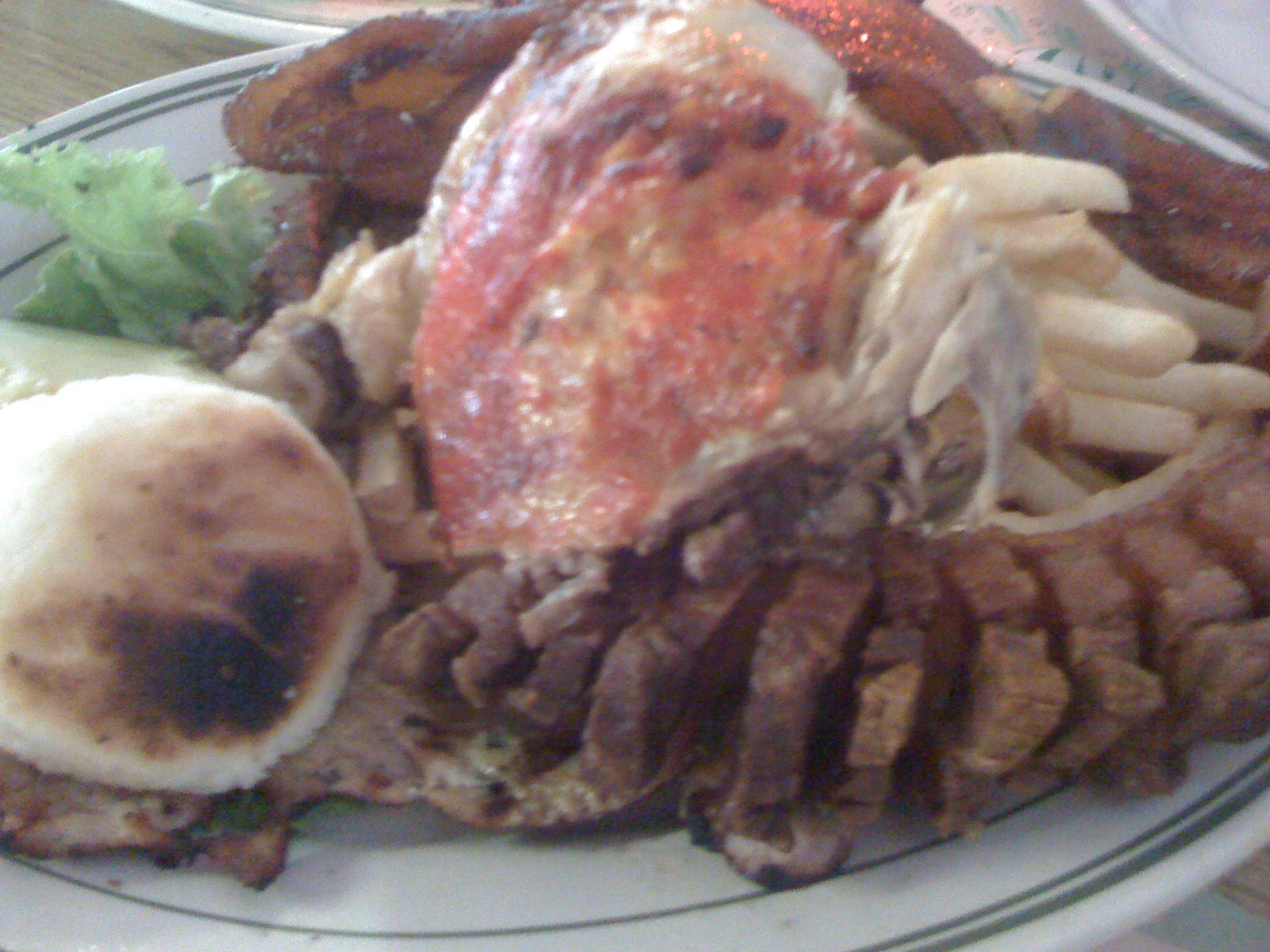 The Bandeja Mario or Mario's Special Platter offers a sampling of grilled steak, one quarter chicken, pork loin, fried pork skin called chicharron, salad, rice, beans and arepa (ground maize dough). This is paradise for meat lovers. To be frank, the amount is too much for people to finish. All protein and carbs were way too much for all of us. Putting the enormous serving aside, the taste of the food was great! the meat was tender and juicy. The chicken was moist and tender too. As far as I am concerned, the food is indeed your money's worth.
Address: 8101 Roosevelt Ave, Jackson Heights, NY 11372, United States
Food rating: 3/5 ★★★
Price: $ ("too much, too good, too cheap")
★★★ Columbian Cuisine flushing New York City NYC Subway: Jackson Heights Pollos A La Brasa Mario United States USD: $
Location: 81-01 Roosevelt Ave, Flushing, NY 11372, USA