June 01, 2014
Ocean Restaurant was opened by American professional chef, Cat Cora who is best known for her featured role as an "Iron Chef". Cat Cora is a renowned celebrity Chef and the first female Iron Chef in Singapore. Located inside the S.E.A. Aquarium at Resort World Sentosa (RWS), this 63 seater allows diners to relish the magnificent view of the view of the aquarium while enjoying an unforgettable dining experience.

I made a table reservation a week prior to the dinner date. The dining experience at Ocean was fantastic and unforgettable. Not only we enjoyed the good food, we also enjoyed the magnificent view of the water creatures swimming in the aquarium. The dinner cost was about SGD300 for two persons.

If you were all dressed up for an occasion, my advice to you is to either (1) drive and park at the restaurant entrance; or (2) take a taxi.

We had a rather bad experience while en route to the restaurant. The taxi driver who drove me there was extremely unhappy when he was charged for entering the car park towards the restaurant. At that time, we did not know that the taxi will be charged per entry. When our dinner ended, we asked the staff stationed at the entrance of the restaurant for directions back to taxi station near the casino. The staff was kind and told us that she would get us a ride back to the main taxi station. It was a kind lad who drove us on a golf cart back to the casino.

From this dining experience, I have a feedback to the restaurant or RWS. Either organisation could give clearer directions and instructions as to what to expect if the diners were to take a taxi and alight at taxi station near the casino or alight right at the restaurant entrance.

This dining experience was fantastic and memorable. The view was magnificent too. The dinner cost was about SGD300 for two persons. 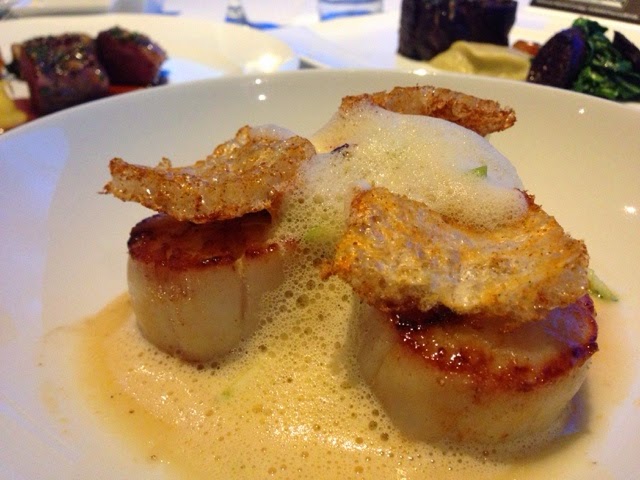 Seared Hokkaido Scallops - Pumpkin Bulgur Wheat, Sea Urchin Cream, Pickled Baby Fennel, Apple Slaw and Crackling Pork Skin... The appetiser was delicious, especially when it was eaten hot. The crackling pork skin tasted like prawn cracker. I realised that until I read the menu. As for the scallops, they were very well seared. The crispy outer layer of the scallops with light seasoning was delicious and sweet. However, when the scallops got cold, it tasted ordinary. (Food rating: 3.5/5) 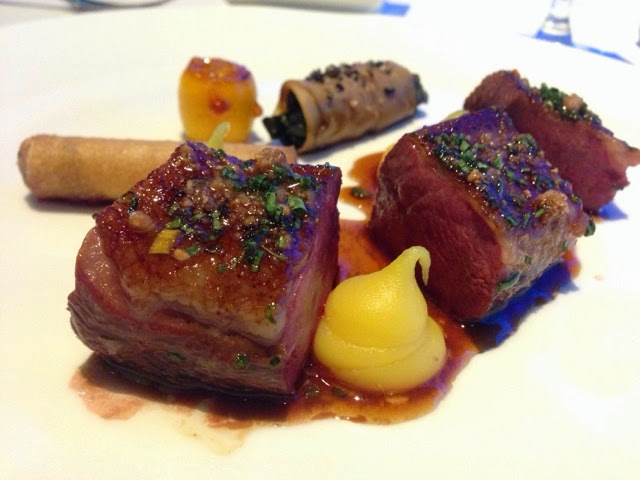 Brine Cured Magret of Duck - Yuzu-Puree, King Oyster Mushroom, Sauteed Wakame and Pomegranate Molasses ... I did not enjoy this dish very much. The duck meat was gamey and tough. It required the strength of Hercules to cut the meat. Fortunately, the cirtus yuzu puree helped to mask the gamey taste when eaten together. The meat was also seasoned with herbs, which was salty and pungent in taste.  Then, there were two "spring roll"-like foods. One "spring roll" was wrapped with seaweed and the other with pomegranate molasses. They were awesome! (Food rating: 2/5) 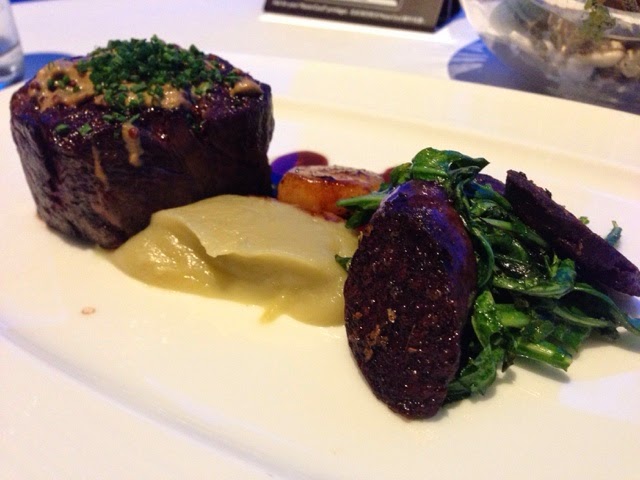 Wagyu Beef Onglet (Hanging Tender) - Grilled Blood Sausage, Celeriac Puree, Sauteed Rucola and Marrow Jus ... The onglet, also named as beef hanger, is a cut of beef steak prized for its flavour. We requested for a medium onglet. I tried blood sausage for the first time. To my surprise, it did not have any traces of blood at all. Instead, it tasted like any ordinary sausages and was heavenly. The celeriac puree made of celery was refreshing and complemented the onglet very well. As for the beef hanger,  though it was medium steak, it looked almost rare to me. Yet, amongst the two mains, the beef onglet tasted the best. (Food rating: 3/5) 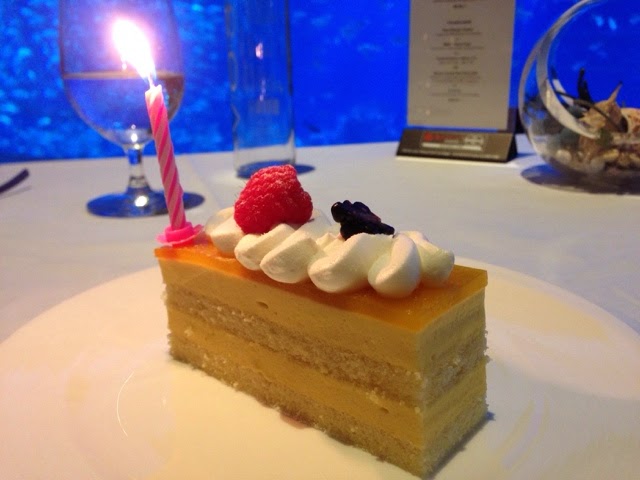 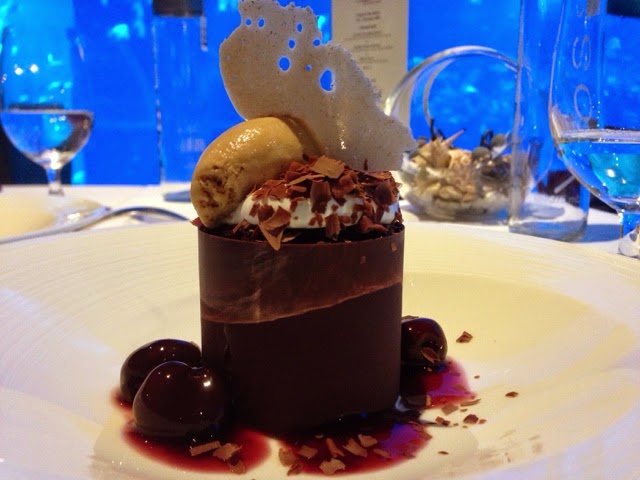 Black Forest - Valrhona Chocolate Sponge, Kirsch, Caramel Ice Cream and Cherry Compote... we ordered a couple of cakes for dessert and one of them was the black forest cake. The chocolate sponge cake enthralled me to the extent that I could not stop taking bite after bite. There was a strong fruit brandy taste in the cake, which I personally found it too strong. The cherry compote, on the other hand, was superb. (Food rating: 3/5) 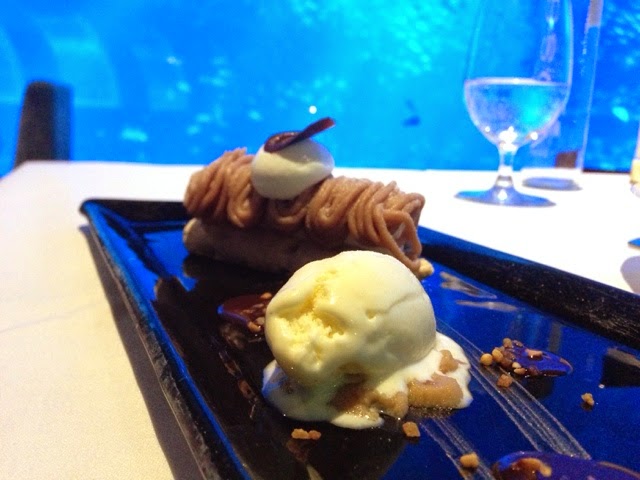 Mont Blanc - Hazelnut Meringue, Chestnut Paste and Vanilla Ice Cream... So, what is a Mont Blanc cake? A Mont Blanc is a dessert of pureed sweetened chestnut topped with whipped cream. I loved the hazelnut meringue, which had a rich nutty taste, very much. Topped with the chestnut paste, the dessert became rich and delectable. Even though I did not eat the cake together with the Vanilla ice cream, the cake was already enjoyable for both of us. t(Food rating: 3/5) 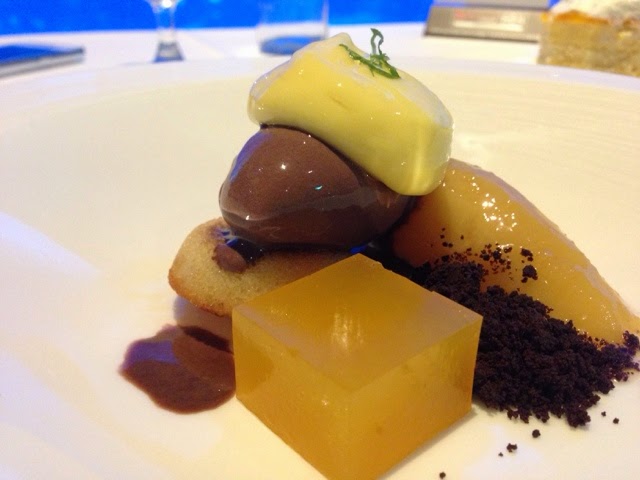 Chocolate Passion - Banana Stew, 68% Cocoa Ice Cream and Passionfruit Espuma... The chocolate passion was an amalgamation of sweet and bitter tastes blended together. The bitter cocoa ice cream was therapeutic whereas the banana stew, akin banana puree, was sweet. As for the passionfruit, it was already good when eaten on its own. This dessert was definitely interesting as I have never had banana puree or stew before. (Food rating: 3/5) 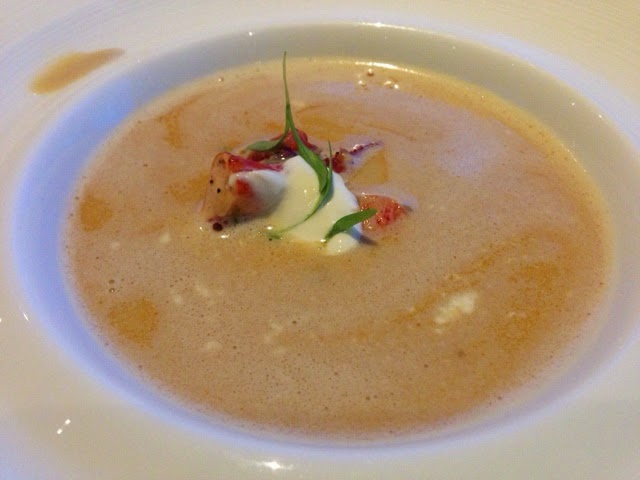 Lobster Milk - Raw Marinated Lobster and Creme Fraiche... The Lobster Milk akin to the Lobster Bisque was rich in taste. Unlike the cream of Sunchoke, the texture of the soup was less creamy and smoother. The Lobster Milk was first served in a bowl with creme fraiche and marinated lobster. Then the lobster soup was poured into the bowl. Finally, stir to mix the creme with the soup. Among the two soups, I prefer the cream of sunchoke to Lobster milk. Although the rich taste of lobster stock, I got tired of it very quickly. The cream of sunchoke, on the other hand, was refreshing even though it was creamier. (Food rating: 3/5) 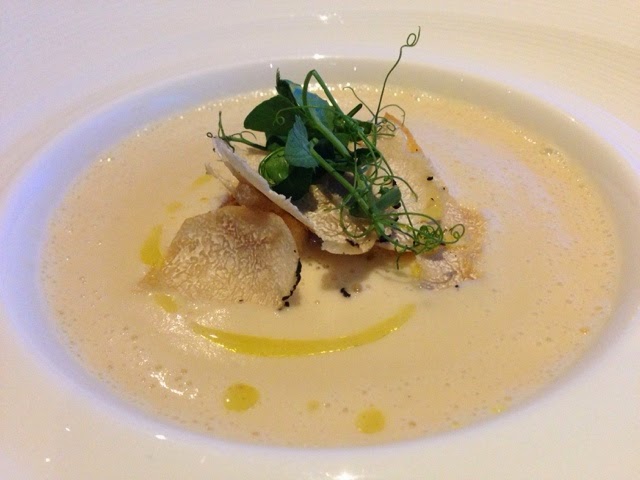 Cream of Sunchoke - Buttered Crouton, Watercress and Black Truffle... What is sunchoke? It is a plant which look a bit like a knobbly pink-skinned ginger root and have a sweet, nutty flavor, reminiscent of water chestnut. What I like about the soup was that it was sweet and salty at the same time. Adding to the nice taste, the nice black truffle was totally aromatic. (Food rating: 3.5/5) 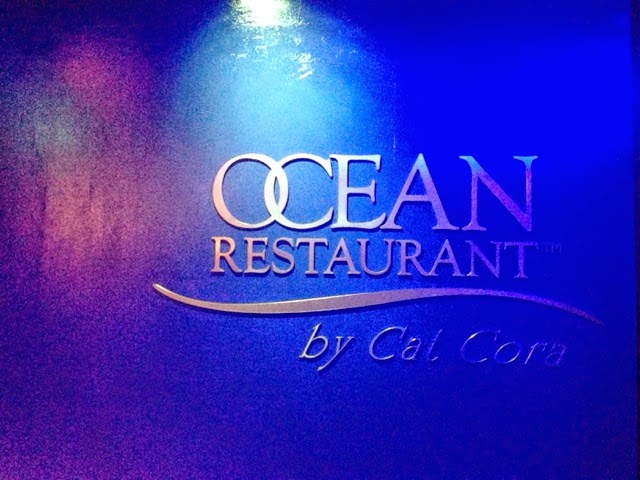 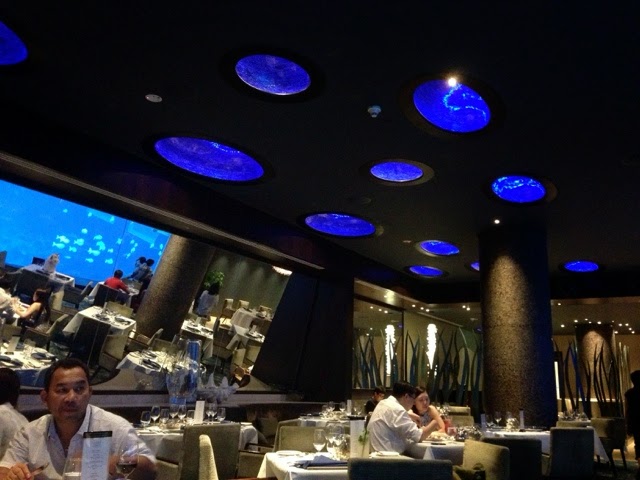 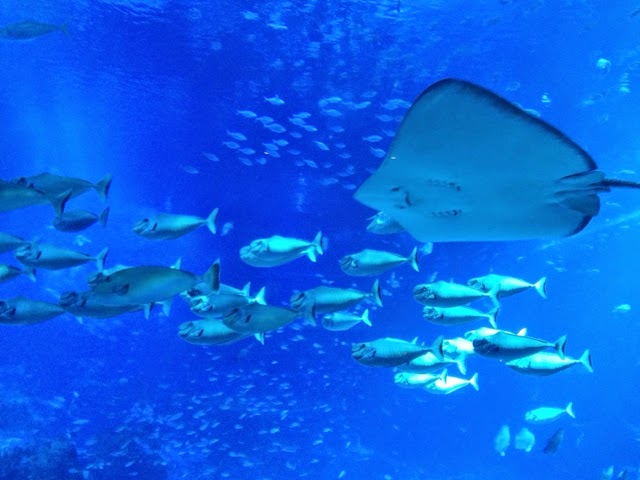