June 29, 2014
My parents used to take us to Jack's Place when I was a kid. It was the place where we used to hold many birthday celebrations together. It was a memorable place for our family. Nowadays, I would go with my colleagues for lunch. Recently, I went with my friend to the restaurant outlet at Compass Point. I was excited that I was going to have a great dinner.

Read below to learn more about our experience... 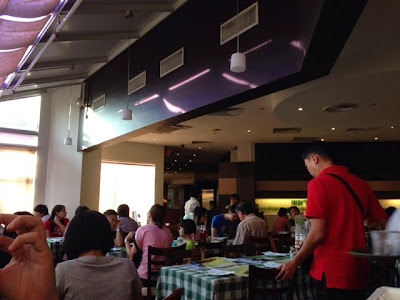 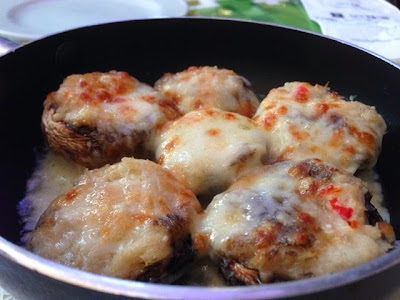 The starter - Lobster Crab Mushroom was served almost immediately. It was prepared in a "tefal"-like sauce pan. The cheese had already hardened as if it was left on counter for some time before it was served. The crab and lobster meat tasted a little fishy and the cheese helped to mask the fishy aftertaste. The starter was a simple preparation but the quality was normal. (Food rating: 2.5/5) 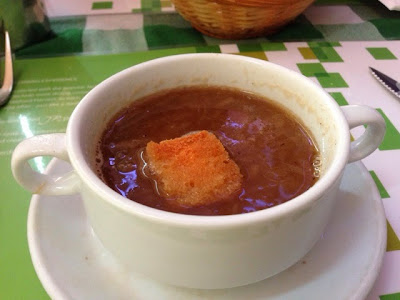 Fresh Onion Soup was not as fresh as what I thought it would be. The onion strips were very well cooked. The broth, which was supposed to be beef broth, tasted more like 'bovril' - the beef bullion cubes. It was very disappointing. I remembered how it used to be very tasty when I patronised the restaurant many years ago. (Food rating: 2/5)

Mushroom Soup, which I have forgotten to take a picture, was far more disappointing than the first soup. Our first impression was that the soup was actually made from Campbell soup. The soup was milky and diluted, and the taste was almost identical to the canned soup. (Food rating: 1.5/5) 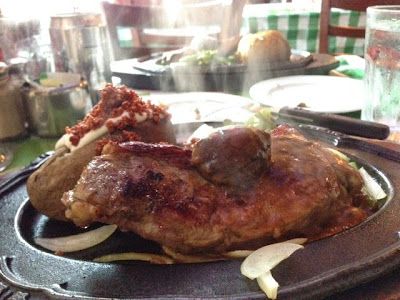 We ordered a New Zealand Rib Eye, medium cooked. When we were served, the sizzling hot plate was still cooking the beef. By the time we were able to eat, the meat had already became well-done. The dish was accompanied with seasonal vegetables and a baked potato. I asked for cream and bacon bits for the baked potato. The meat was very tough as it was 100% cooked. One suggestion for Jack's place was to serve the beef on a plate, not sizzling hot plate. The chef would have already grilled or cooked the meat to the specific we wanted - medium, medium rare, etc. By serving the beef on a plate, it would stop the beef from overcooking based on the type of work. (Food rating: 2/5)

The way the New Zealand Striploin was cooked and presented was identical to the New Zealand Rib Eye. We ordered the steak to be medium cooked. However, the meat was well done by the time the beef stopped sizzling. The beef was drizzled with a brown sauce and a piece of shitake mushroom. The brown sauce was tasteless and the meat was extremely tough. Although it might be an insult to chef, I had to resort dipping the meat with chilli sauce before putting into my mouth. It was another disappointing beef. (Food rating: 2/5)