January 13, 2014
Upon our arrival in Taipei, our first pit stop was Ximending - the place where you'll find great food, celebrities and fashion altogether.

Before we had great food, we had a feast for the eyes. Taiwanese Celebrity Star, Lan Cheng Long (藍正龍) was having a publicity event for the drama series titled Chocolat (流氓蛋糕店). Lan looked exactly the same as he was on TV.  Of course, I did not shout his name. I merely shouted in my heart.

After that, we searched for the highly recommended restaurant, Jin Man Yuan Pai Gu Mei Shi (金满园排骨美食). The restaurant, located at the junction of Wuchang Street (武昌路) and E-mei Street (峨嵋路), was easy to find, especially with a eye-catching banner stating its long history. It was believed to have more than 40 years history. Its specialty was the pork rib rice. We ordered two rice dishes and a couple of sides to try.

Whilst waiting for the food, diners were constantly walking into the restaurant. But the food was forgettable. The bad dining experience cost us around TWD310, which was equivalent to SGD 13. I do not recommend this place if I were to visit Taipei for the first time. 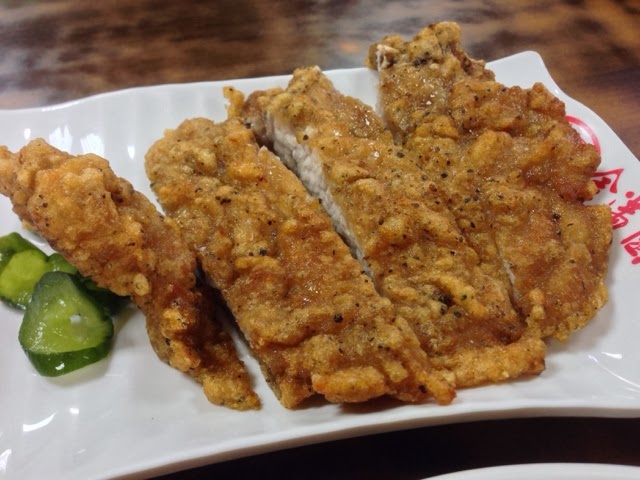 The Pork Ribs Rice (豬排飯) was supposedly their specialty, but it was very disappointing. The pork ribs were served cold. The meat was bland due to poor marinade. The meat was not tender and the pickled cucumbers were not refreshing. (Food rating: 2/5) 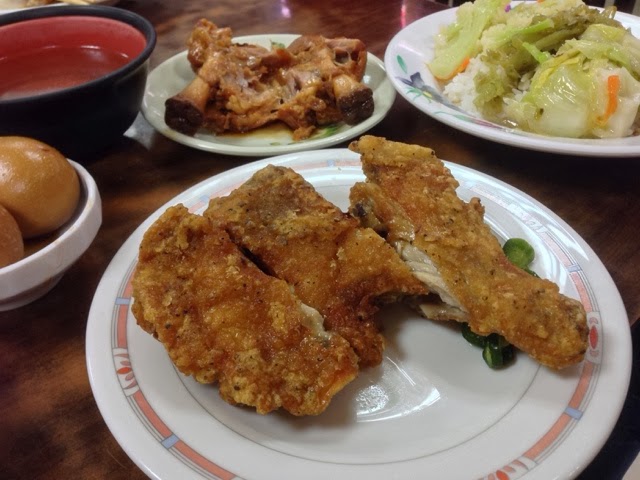 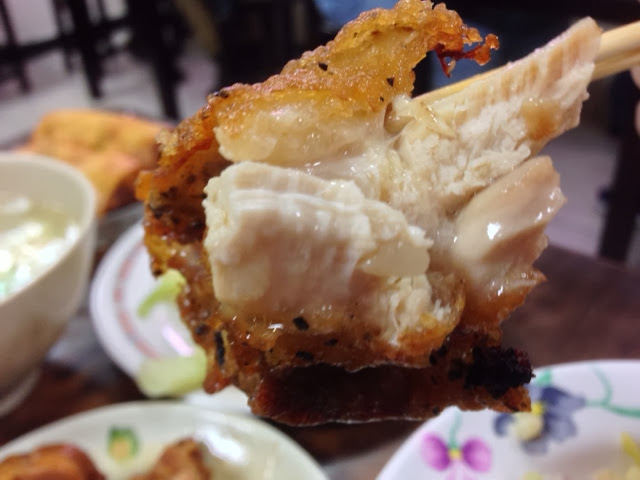 The Chicken Thigh  rice (鸡腿饭) was slightly better than the pork ribs rice. The chicken were moist in the inside and crispy in the outside. The set came with a bowl of soup. However, the chicken was covered with a thick layout of flour and the marinade was merely so-so. It was not fragrant as what we expected, especially when it was highly recommended by a friend. (Food rating: 3/5) 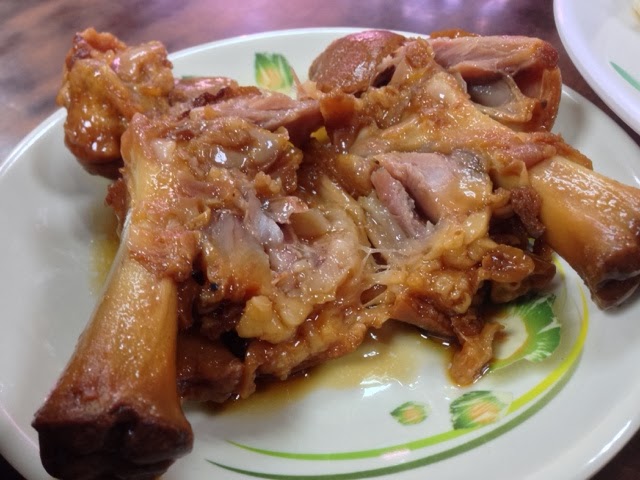 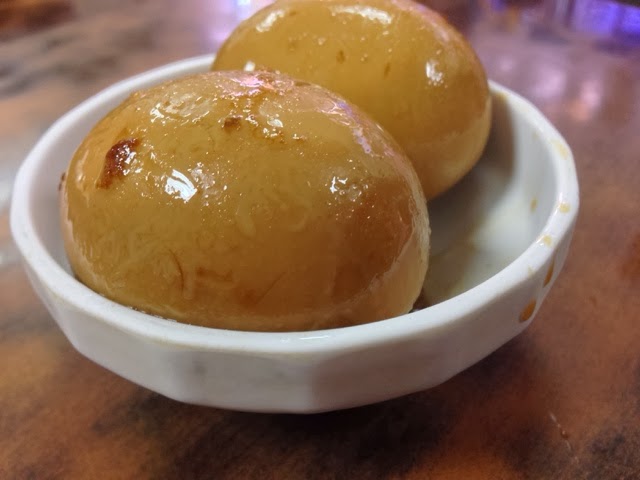 The braised eggs (五香卤蛋) tasted normal like any plain hard boiled eggs. We suspected that these eggs were not in the sauce for very long (say, 1-2 hours), before they were served. Though these eggs were well cooked, they lack taste. (Food rating: 2/5) 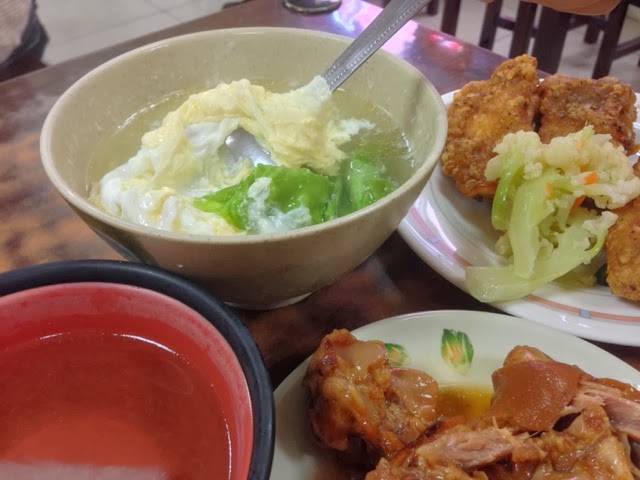 I always love Egg Flower Soup (蛋花汤). I went hysterical when I saw it in the menu on the wall. The soup, when served, was bland. The egg were a huge lump. It was as if they took a bowl of hot soup  and then broke the egg into the soup without stirring. (Food rating: 2/5) 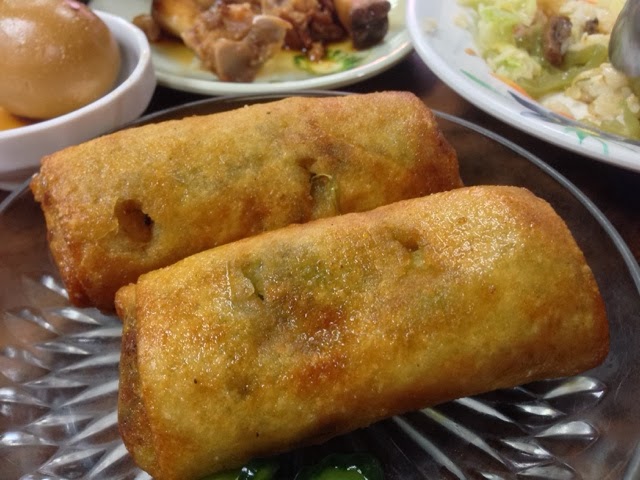 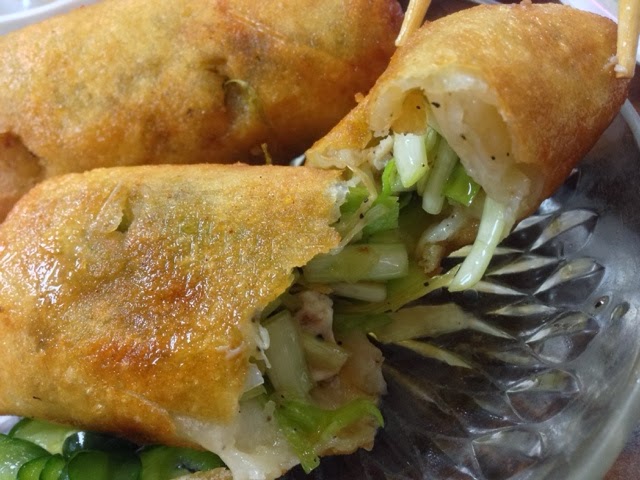 Lastly, we ordered Spring Rolls (春卷). Interestingly, the spring rolls were wrapped with a thick layer of flour. The insides were a generous portion of spring onions and oil was seeping out from the rolls. These were too much for me. (Food rating: 2/5) 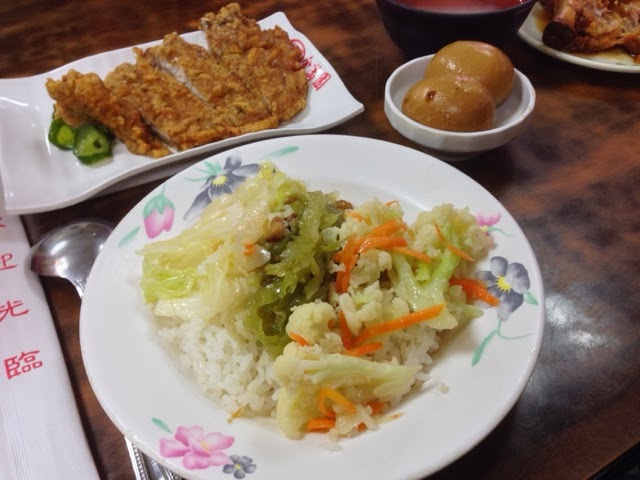 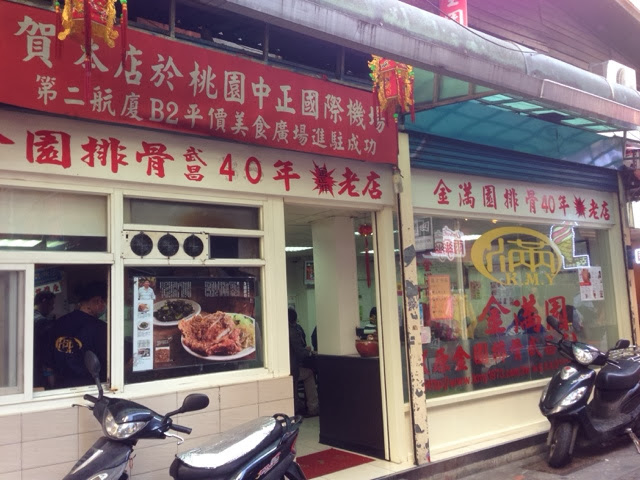 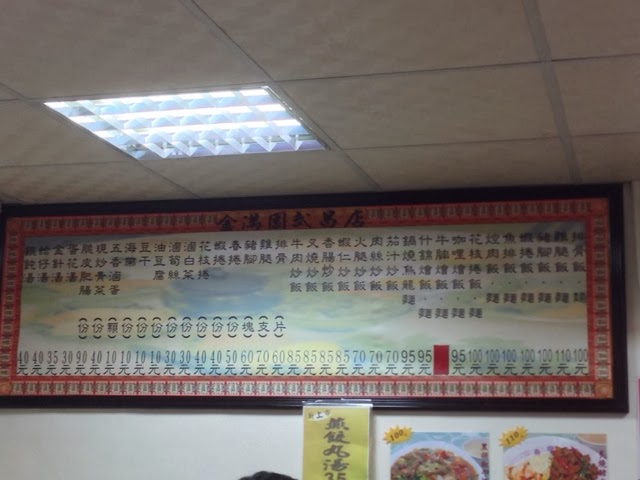 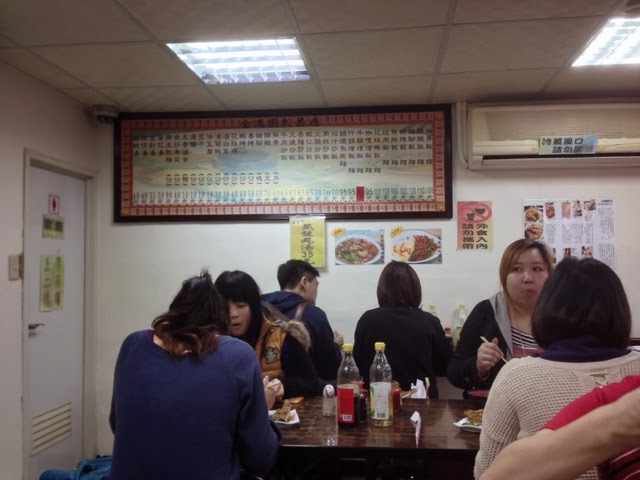 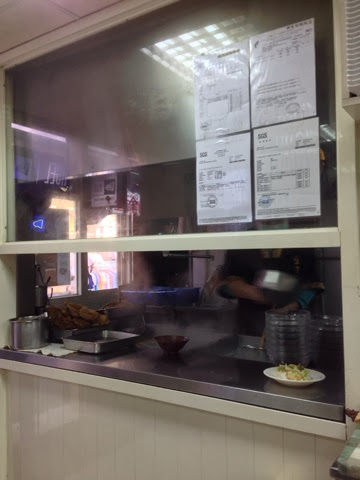 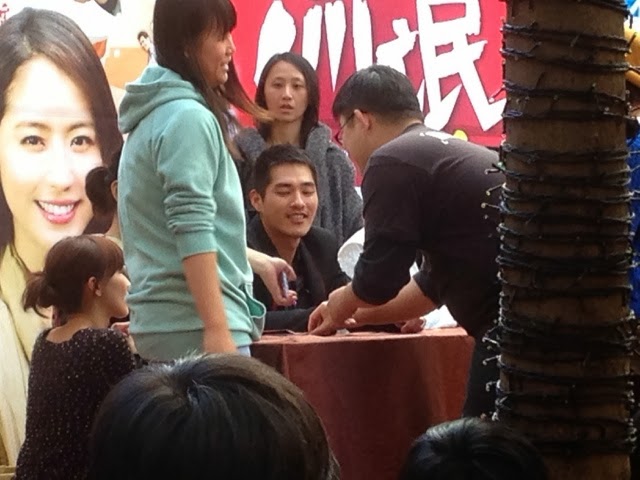