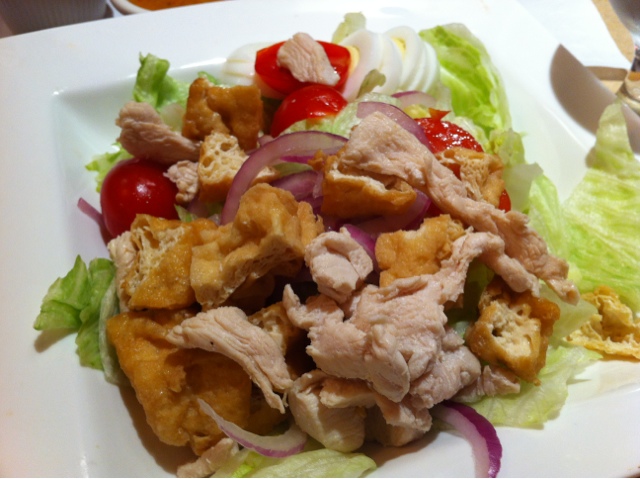 9 (Nine) Tastes Thai Cuisine restaurant was the first Thai restaurant I saw at Harvard Square. With strong craving for Thai Food, I decided to give the restaurant a try. This restaurant was rated as the best of boson in 2007. 'Best of Boston' is one of the key highlights of the Boston Magazine. Every year, they would rate the best food of the year.

However, 9 Tastes Fine Thai Cuisine is the worst Thai restaurant I have ever eaten in the United States. I will never going back to the restaurant again. The entire dining experience was the worst I ever had. 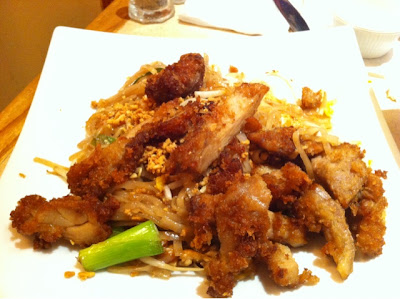 Crispy Chicken Pad Thai is rice noodles stir-fried with shrimps, bean sprouts and topped with ground nuts. I was very disappointed with the restaurant. Firstly, it was the Thai restaurant and secondly, it was rated as the 'Best of Boston' in 2007. One would expect the food quality to be good. Disappointed, none of the food I ate there was nice. The Pad Thai was cooked badly and had a weird after taste. (Food rating: 1.5/5)

I could not remember the name of the salad (see photo above). The ingredients included deep-fried bean curd, chicken slices, lettuces , tomatoes and hard boiled egg slices without any dressing. This salad was plain and very sad. With such a bland ingredients, one would expect some dressing. However, I was not served with any dressing. (Food rating: 1.5/5) 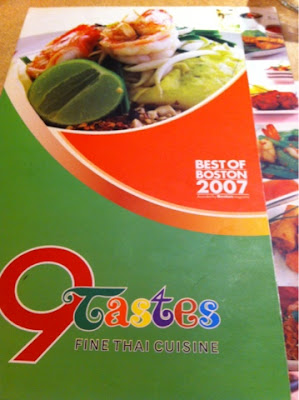