August 11, 2013
According to Formosa Chang, the history of the famous Taiwanese traditional cuisine - Braised Minced Pork (魯肉), could be traced back to the Chou Dynasty. It was recorded in a book that the braised minced pork stew with both long and short grain rice was included in the eight main dishes served to the King at every meal. Now, the dish has become a common dish for all to enjoy.

Formosa Chang (鬍鬚張魯肉飯) is famous for its traditional way of cooking braised minced meat rice (魯肉飯). In 1960, the restaurant founder, Yen-Chuan Chang started its business as a food vendor in Shuanglian Market. As the business grew, the longer Chang's beard. Due to the brisk business, Chang did not handle his unkempt bread. The business quickly expanded and now Formosa Chang has footholds in both Taiwan and Japan.

Since we were in the vicinity, who can resist not dining at the restaurant? 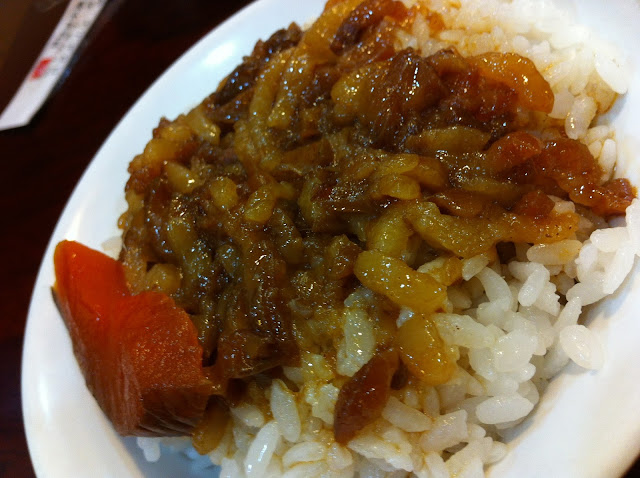 The Braised Minced Pork Rice (卤肉饭) at Formosa Chang served very different from the other stalls. Instead of using minced pork, the restaurant used pork strips. The rice mix was savoury and delicious. You could see the individual pork strips that were savoury. Top quality rice was used that had the pearly-white colour, sweet aftertaste and firm texture. I enjoyed every grain of the steamed rice. As for the braised minced meat or pork, I expected better as it tasted quite normal. I wonder if it was my fussy taste buds that I was unable to taste its fragrance. But you'll be the judge. At TWD33 (SGD1.45), you could get a small bowl of the braised minced meat rice. (Food Rating: 3/5) 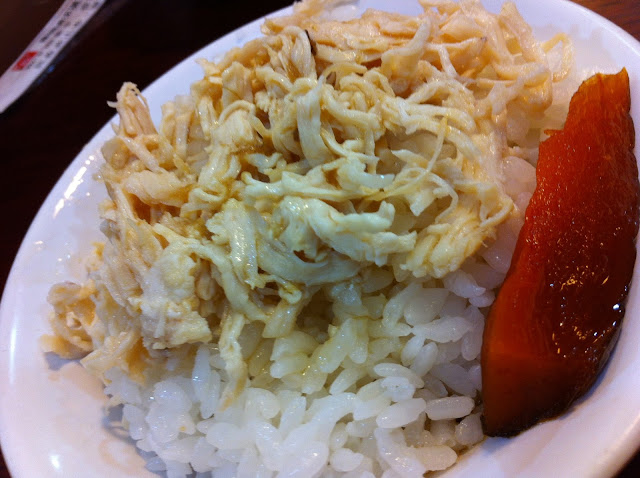 Shredded Chicken Rice (鸡肉饭), priced at TWD33, was tasted slightly different from the usual braised minced meat rice. It was lighter in taste and more palatable than the latter. The rice was extremely fragrant and you just could not stop eating. Unlike the braised minced pork rice, this rice dish used a lighter sauce. (Food Rating: 3/5) 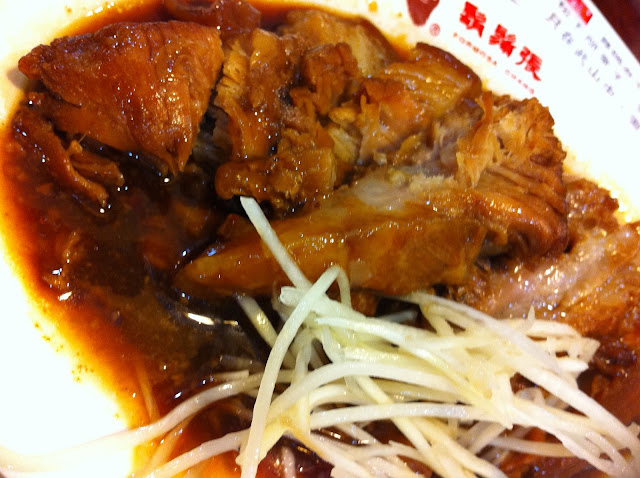 There was a nice fragrance from the Braised Pork Trotters (蹄膀). The pork trotter was lean and were very suitable for health-conscious women like me. The sauce was equally good but it become stronger when you chewed the meat longer. This was the first time that I am actually enjoying pork trotters. (Food Rating: 3/5) 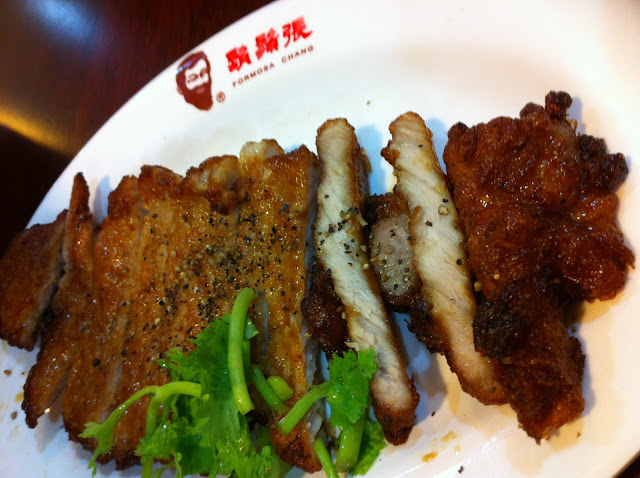 After trying the Chicken Cutlet from Shilin night market, I expected the Deep Fried Pork Cutlet (唐山排骨) to be equally big and thick. Instead, the pork cutlet, at TWD65 (SGD2.90), was thin and small in size. Despite of its small size, the cutlet has a nice fragrance.  The marinade penetrated the thin cuts of meat very well. The seasoning tasted fantastic. (Food Rating: 3/5) 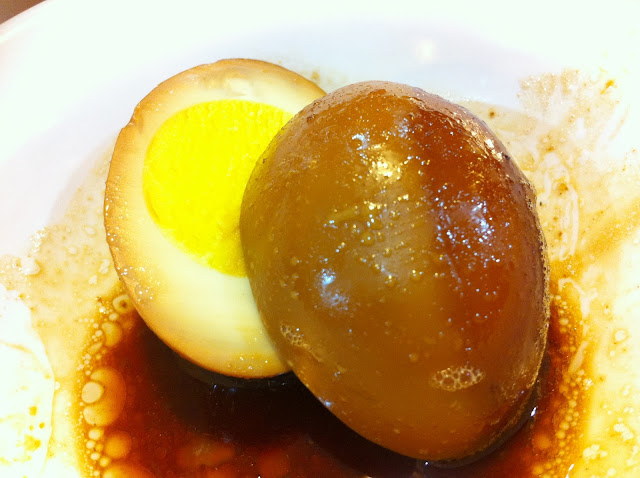 Braised Eggs (卤蛋) looked simple but it had a nice aroma. The egg tasted best when eaten with rice. The rich aromatic sauce complemented the rice so well that it was palatable. Usually, when you order a serving of braised minced pork rice, it would come with a hard boiled egg. The egg cost TWD13 (SGD0.60). (Food Rating: 2.5/5) 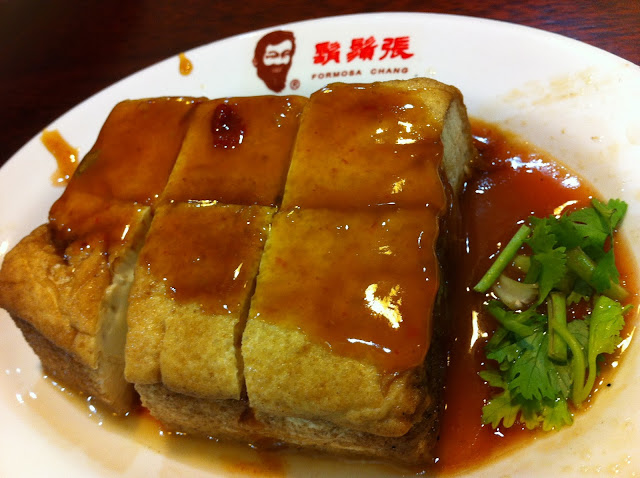 Believe me or not, the  Beancurd with sauce (卤豆腐) was delightful. The beancurd had a crispy crust and was silken soft inside. The braised sauce drizzled on the beancurd were superbly delicious. It was a little sweet and savoury at the same time. I think this dish is definitely worth trying. The plate of beancurd cost TWD24 (SGD1). (Food Rating: 3/5) 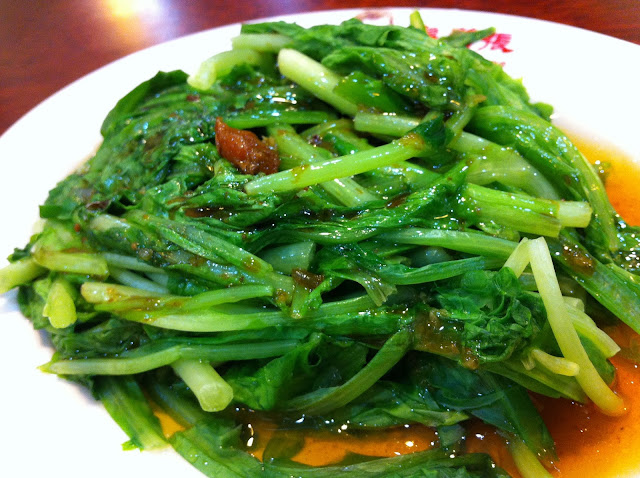 Special A Spinach (水耕A菜) was recommended by one of the staff who took down my order. I was told that it was delicious and should order it. Apparently, the vegetables did taste nice. It was light and simple. They were blanched perfectly - neither too raw nor overcooked. The texture was just nice and the sauce was delish. This vegetable dish cost TWD45 (SGD2).(Food Rating: 2.5/5) 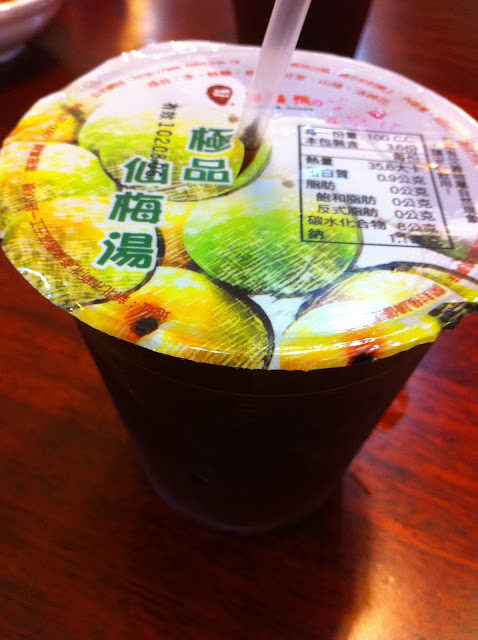 Plum Juice (梅汤) was a little bitter when you drank it for the first time. After numerous sips, you will love it. It has a tint of herbal taste in the plum juice. This drink cost TWD30 (SGD1.30). (Food Rating: 3/5) 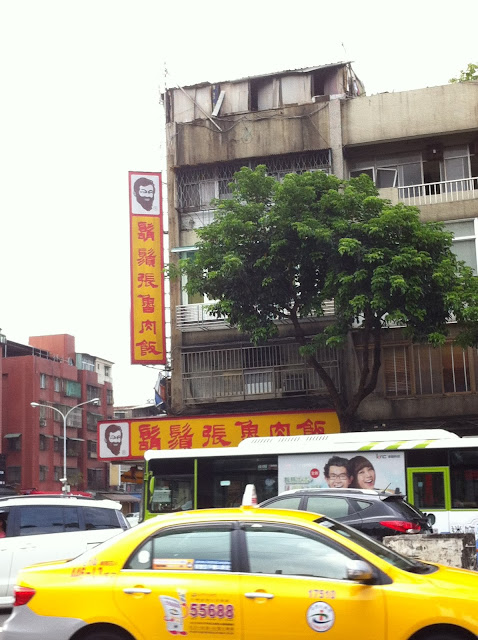 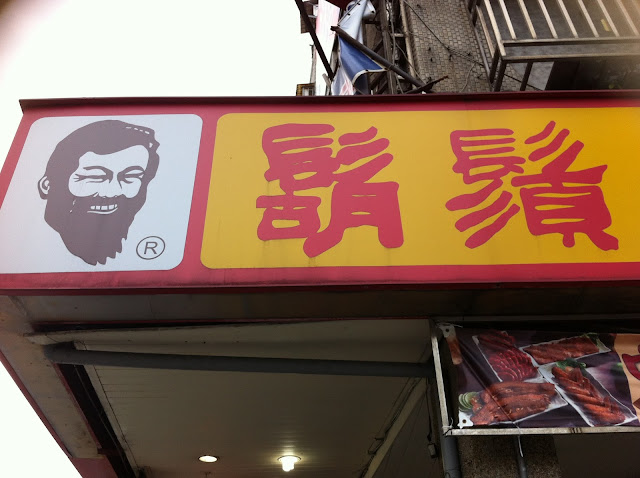