I met a friend for lunch at Marina Bay Link Mall. We decided to have North Indian cuisine at Mirchi - Taste of India. When we arrived the restaurant, we waited for at least 5 minutes before the staff noticed us and ushered us to our table. There were three staff on the dining hall but they seemed to be unproductive.

When we sat on the table and decided on the menu, we had to wait for the staff to notice us before taking down our food orders. And then, the long wait begun. It was after 10 minutes that one of the staff noticed and served us with water. We waited for at least half an hour (30 minutes) before our food was served. We noticed two tables that made orders after us were served. Our table was still empty.

40 minutes later, we were served finally served with food. Because of the long wait, we had to gobble down the food as my friend had to go back to work. What we ordered were merely briyani rice, curry and keema which we believed that these should have been prepared earlier. Unless there was a company policy that the food were to be cooked based on the orders received, otherwise, we did not see why it would take so long. It took quite some time before we finally made payment. We waited some time for the staff to give us the bill and then the staff to give us the charge slip. The entire food experience was ruined for its slow service.

Unlike my other blog posts, this is the first time I gave the service rating. I hope to continue this rating so that readers like you would take noted.

Unless you have a lot of time to spare and are not famished, you may want to try dining at Mirchi. Otherwise, be patient. 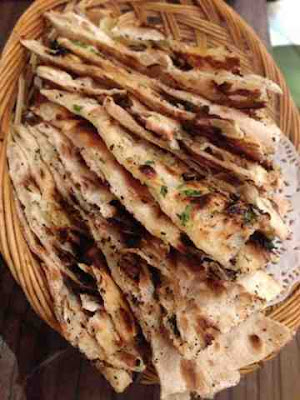 Basket of Naan  (Food rating: 3/5): I loved naan. I remembered the North Indian restaurant - Baluchi I ate in New York. It was marvelous. Mirchi was good as well. The bread was thin and crispy. It was as if I was eating roti prata (or roti canai) with less ghee/ oil. I love it. Dipping the bread with keema (minced meat) was a plus plus to the experience. 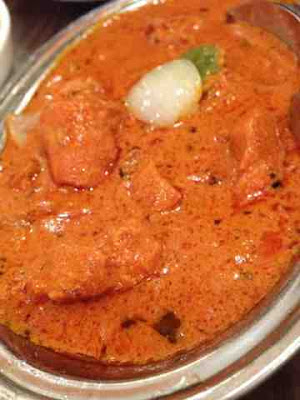 The Chicken Butter Masala was served with a combination of chicken tikka, onions and capsicum stir fried in tomato gravy. The gravy was interesting. It was creamy and spicy at the same time. The chicken meat was very soft as if it was cooked for long hours. It was very easy to cut the chunks to bite sizes. (Food Rating: 3/5) 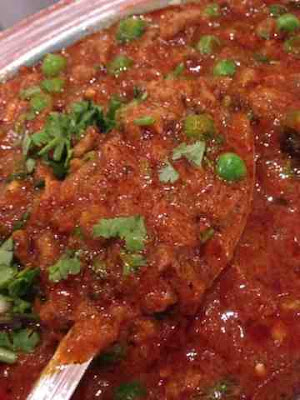 Amongst the two curries, I prefer the Keema Mattar to the Chicken Butter Masala. Reason was because it complemented with the naan very well. The soft tender minced lamb was delicious and freshly cooked. The minced lamb meat was cooked with green peas and onion gravy. Loved it. (Food Rating: 4/5) 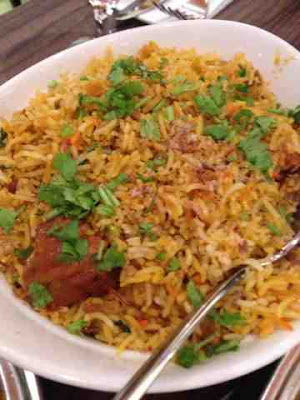 Of course, when you are having Indian Rice, you must never forget to order a plate of Briyani Rice. The Chicken Briyani Rice was chicken served with basmati rice cooked with Indian herbs. It was a little different from the local briyani where the chicken would be drizzled with curry gravy. The chicken here was like roasted or grilled as it was dry. It was rather ordinary. Not something that would dilate your pupils. (Food Rating: 2.5/5) Food to fill the hungry stomach. 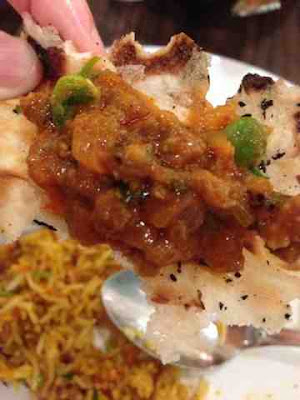