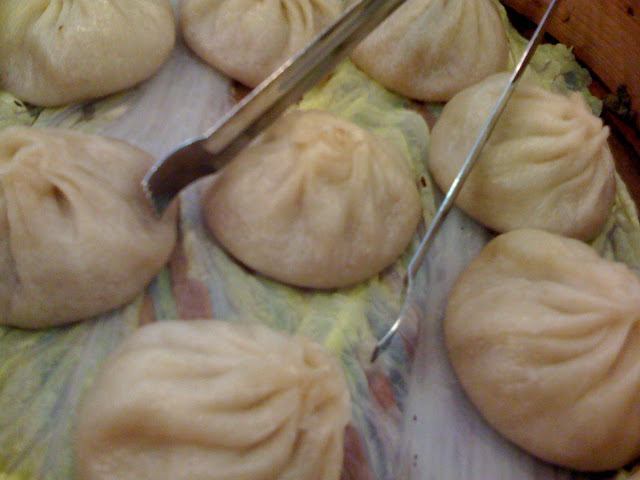 I asked some of my friends living in Flushing on where to get the best steamed buns. They would say, “Joe’s Shanghai”. So, I made some preliminary research and found that this restaurant has received food reviews from the New York Times, Time Out Magazine Eat & Out, Travel and Leisure, Zagat Survey and even in the New York Magazine. Because of these great reviews, we decided to give a try and share our reviews. 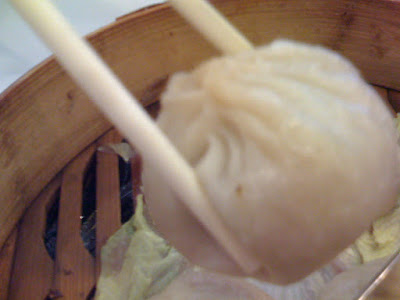 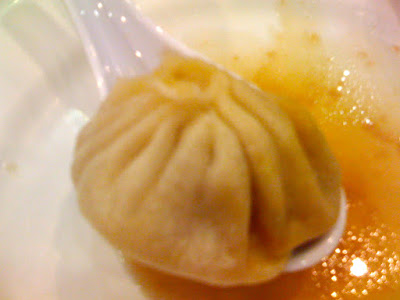 "this is the crabmeat with pork meat steamed buns. Notice how the crab roe (yellow-color at the tip of the steamed bun." 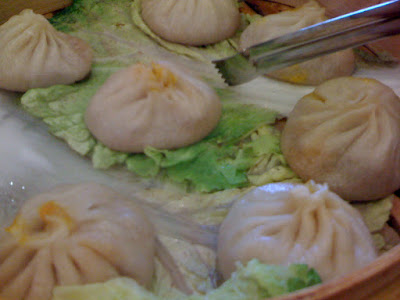 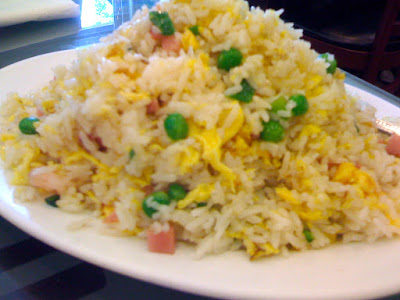 "the amount of fried rice is best shared with two persons."
"although the ingredients include green peas, prawn, egg and ham, the fried rice was very salty. Do remember to drink more water."

Price: Priced at around $8, you can have a decent meal for one.

Quality: The presentation of the fried rice did not match the taste of the dish. The dish had ham, egg and prawn as part of their ingredients. It was salty. Nah, miss it. Forgettable. In the end, we drank lots of water and tea to quench our thirst. 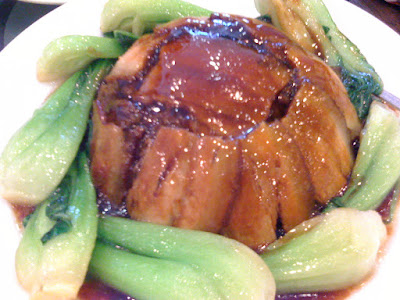 "the green vegetables tasted the best compared to the preserved vegetables and bacon."

Price: Expensive for only a few pieces of bacon and lots of preserved vegetables at around $12.

Quality: The presentation was nice. The dish was very salty. The preserved vegetables and bacon were too salty. The only salvation was the steamed vegetables arranged around the dish as decorations. Nah, I don’t think you want to eat something that taste like a pile of salt. Very disappointing. In the end, we drank lots of water and tea to quench our thirst. 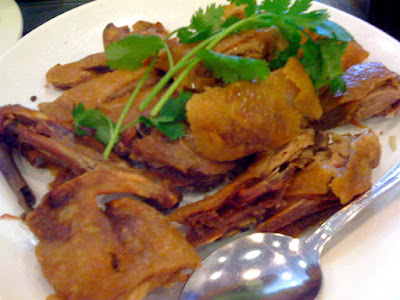 "the duck which looks more like a pigeon."
"I would forgo this and get two pieces of fried chicken drumsticks from AA Plaza for the price of $1.25."

Overall rating: 1.5/5
Price: Expensive for a half of a scrawny and dry duck priced more than $10. I could have bought a fat and succulent duck from elsewhere.

Quality: The name of this dish sounded very interesting at that time. ‘Crispy’ and ‘Pepper’ are the two keywords that attracted me to make such an order. When the dish was served, I was very disappointed. The duck was small like the size of a pigeon. The flesh was dry and there was no crispiness and pepper in or on the duck. All I could taste was salt and more salt. Forgettable dish. In the end, we drank lots of water and tea to quench our thirst. 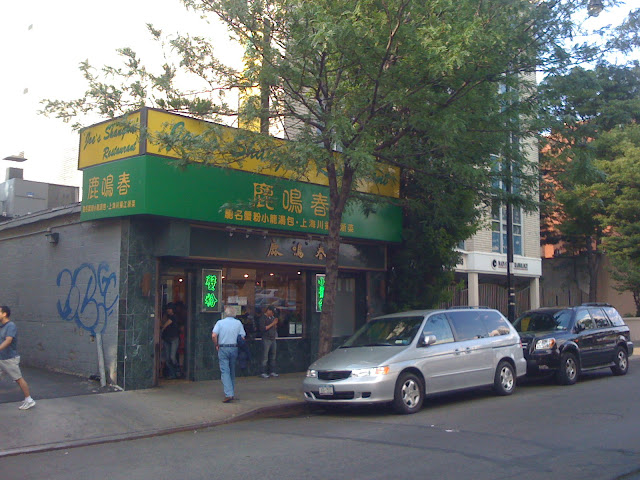 "the entrance of the restaurant. keep a lookout for the green signage."

Store layout: A montage of pictures taken with famous celebrities will greet you when you enter the restaurant. The staff will hand you a queue number. The restaurant is always crowded and people will usually queue outside the restaurant. There are at least three rows of tables. Their staff understand English and are polite and attentive.